North Uist's Black-billed Cuckoo continued to defy precedent by lingering in the Paible area of North Uist all week. Though the bird is seemingly becoming somewhat more mobile and elusive from Friday onwards, most of those making the long pilgrimage to the Outer Hebrides were rewarded with good views in beautifully warm sunshine.

This is comfortably the longest-staying Black-billed Cuckoo ever to occur in the Western Palearctic and its apparently rude health is another thing completely at odds with almost all previous records. It could well be around for a while yet and one suspects there'll never be a better opportunity to see this species in Britain. 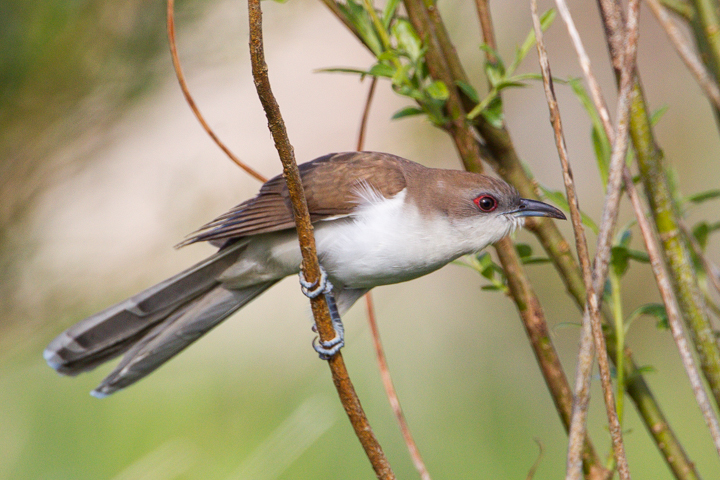 The famous North Sea Black-browed Albatross registered its first UK appearance of the summer when it stunned passengers on the Good Shepherd, just off Fair Isle, on the morning of 28th. The bird spent around five hours touring Fair Isle before it was last seen near Sheep Rock at lunchtime — perhaps it got fed up of the persistent bothering by the local Great Skuas, as it was back in Germany the following day. 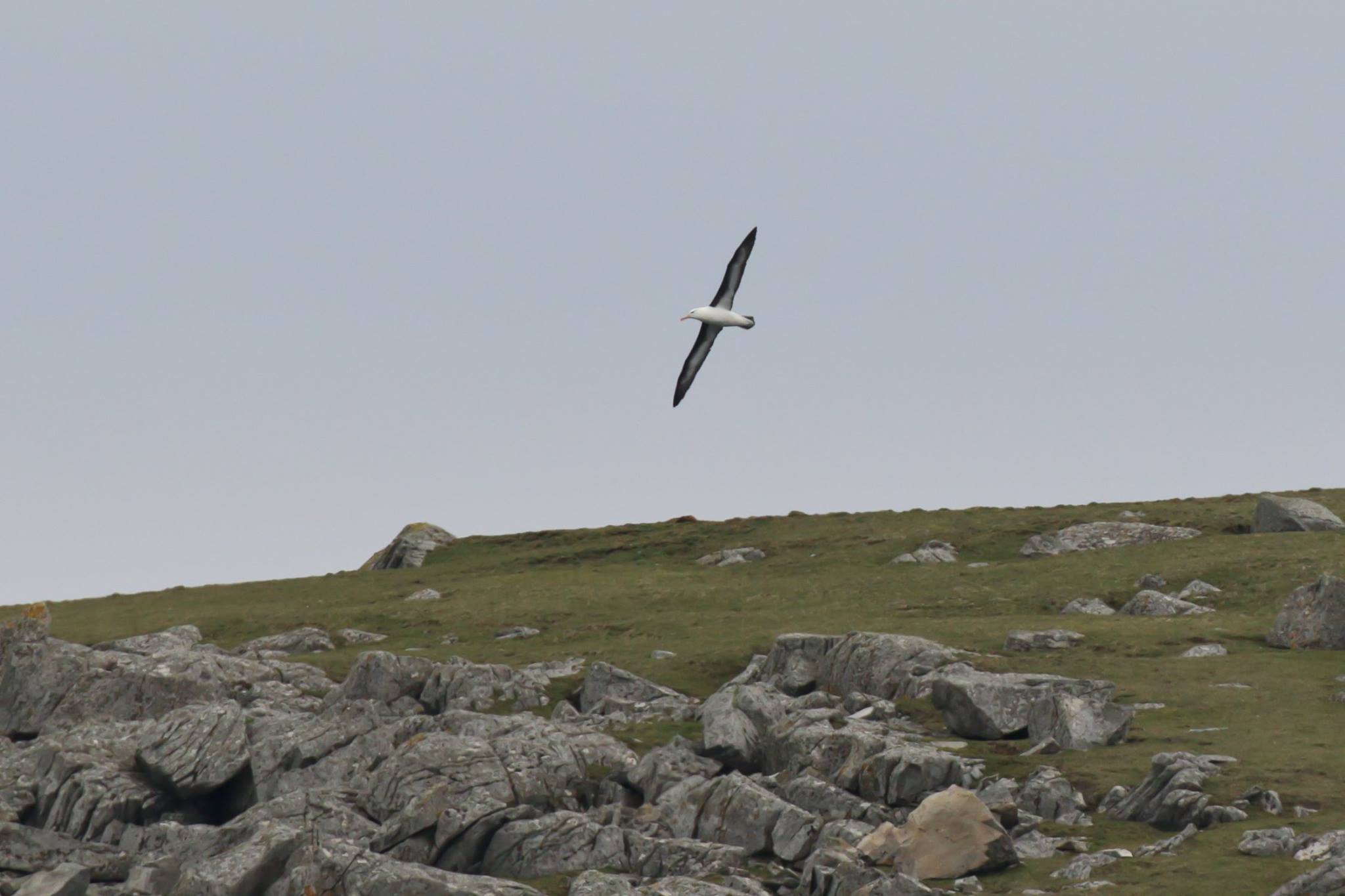 The week was once again filled with reports of the itinerant Lammergeier in the South-West, though deciphering confirmed sightings from uncorroborated reports is proving a little tricky. The last report came from Headland Warren (i.e. back on Dartmoor) on 29th. Thankfully the Dalmatian Pelican is proving a little more predictable and can generally be relied upon to appear at Drift Reservoir, Cornwall, each evening to roost — though its daily wanderings are a little less consistent. 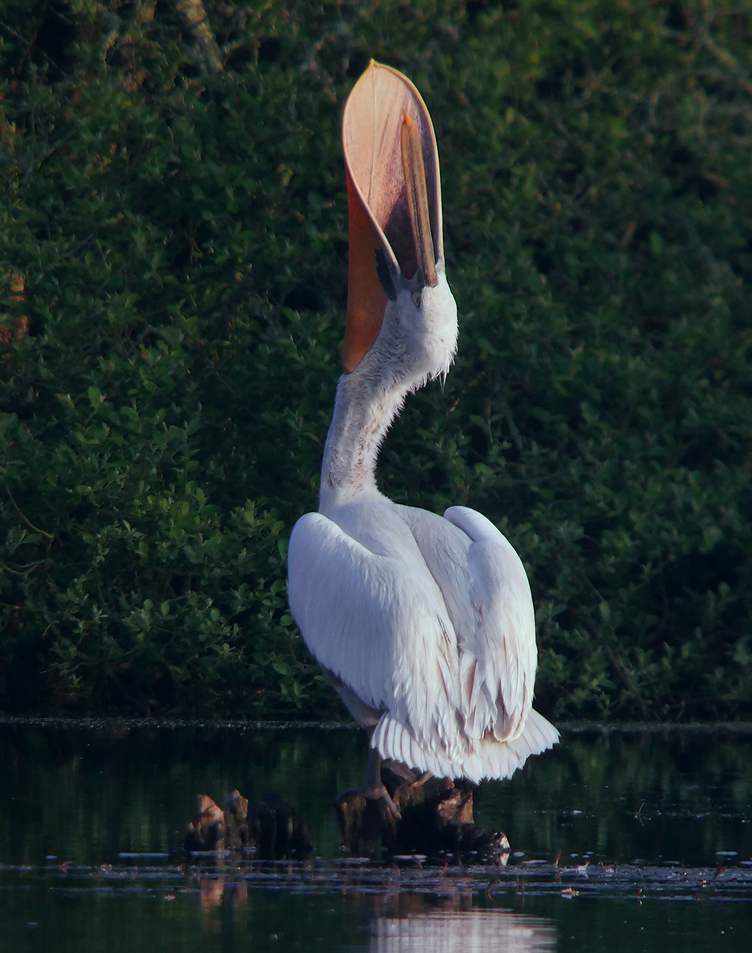 A stunning White-crowned Sparrow in gardens at South Dell, Lewis, on 31st instantly recalls reports of the same species at nearby Port Nis on 3–4 May. Two individuals so close to each other in May seems too much of a coincidence and one suspects that it must be the same bird now present in the area for the best part of a month. The dark lores and lack of a ring instantly dispel any thoughts that it might be the recent Cheshire bird relocating north. 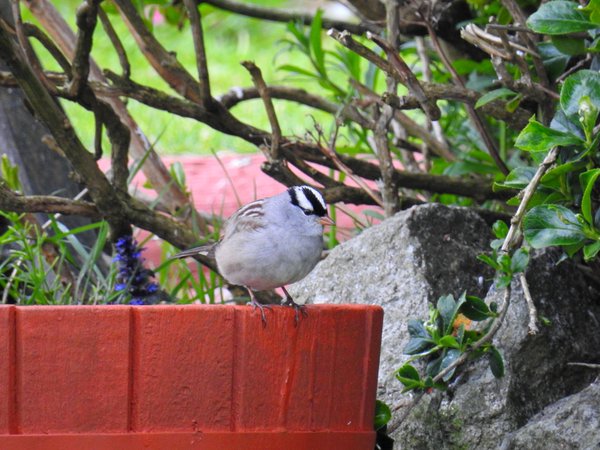 Best of the rest was the Eastern Olivaceous Warbler found at Scatness, Shetland, on 29th. Still present on 31st but apparently quite elusive, this represents the first spring record in Britain since a one-day bird at Portland on 17 May 2008. Speaking of Portland, the long-staying Great Spotted Cuckoo also continues to entertain visitors there and was still present on 31st. A female Black-eared Wheatear was a nice find at Cart Gap, Norfolk, on 28th but it didn't linger long. 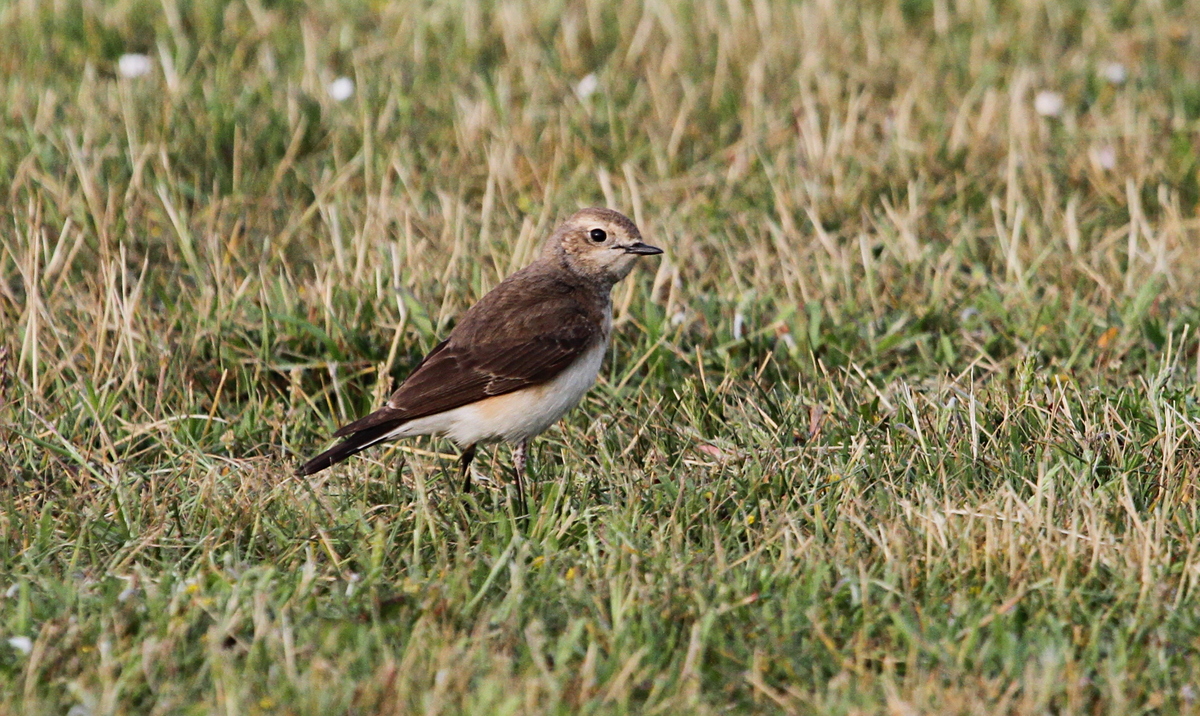 A drake Bufflehead at Windermere, Cumbria, on 31st is probably the escapee seen in the county in recent months. The drake King Eider was reported on the Ythan Estuary, Aberdeenshire, on 31st — the first sighting in almost three weeks. An immature drake Surf Scoter was off Musselburgh, Lothian, on 30th, with the male also still off Belmont, Unst, the same day. White-billed Divers were seen off Shetland, Orkney, Lewis and South Uist. Testament to the unhelpful weather conditions, northbound passage of the two scarcer skua species remains a non-event.

A beautiful male Little Bittern showed well at the London Wetland Centre at regular intervals following its arrival on 29th, and a cracking Squacco Heron graced Glamorgan's Ogmore Estuary the same day but had gone by the following morning. Four Purple Herons were reported, including a lingering bird at Minsmere, Suffolk, from 28th and others in Cornwall, Kent and Essex. A Cattle Egret remained at Tacumshin, Co Wexford, while Glossy Ibises were reported from 17 sites. Of the latter, it seems likely that records of two in Northumberland on 27th, Cleveland on 28th, East Yorkshire on 29th, Norfolk on 30th and Suffolk on 31st all relate to the same wandering birds. 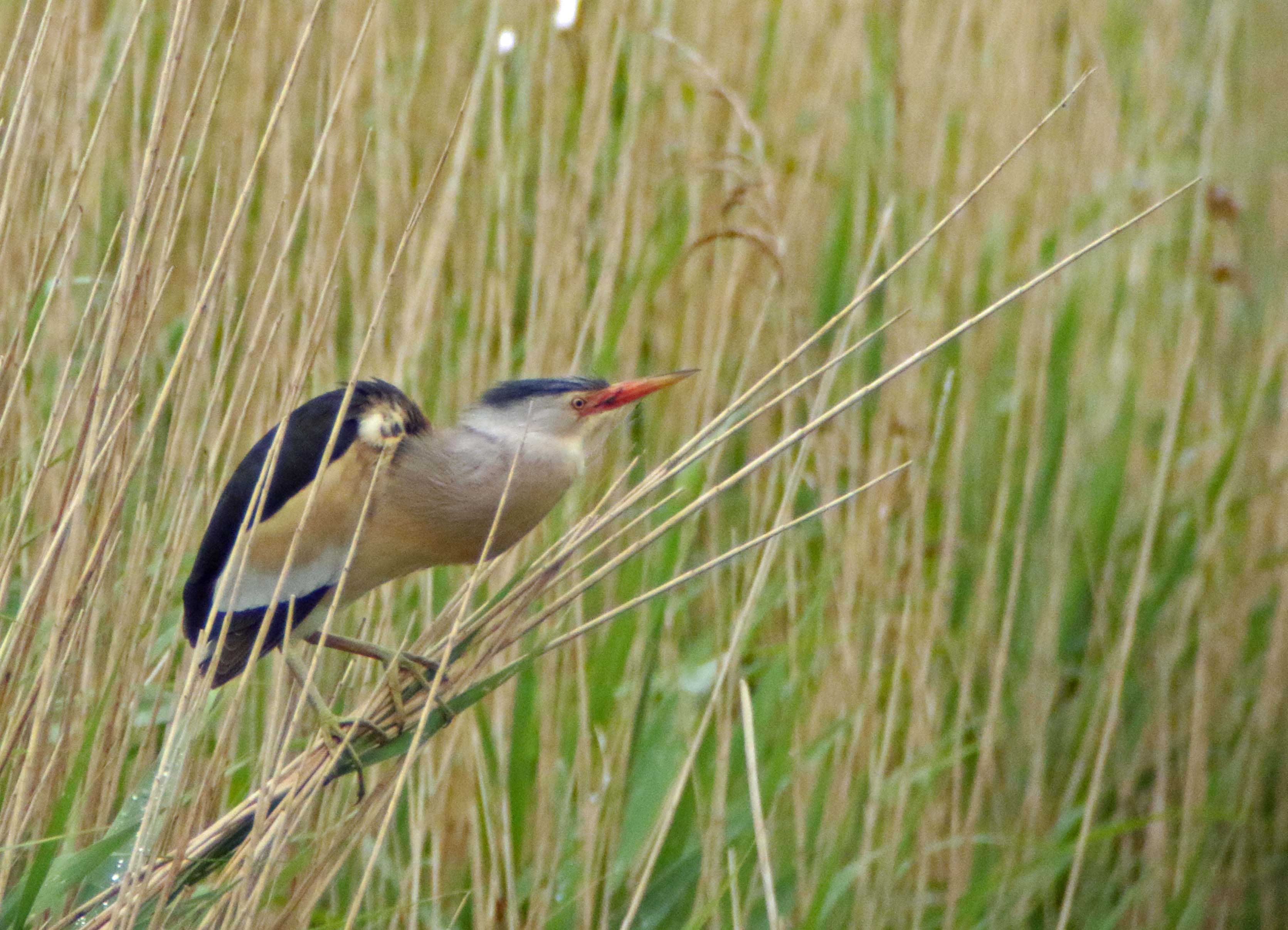 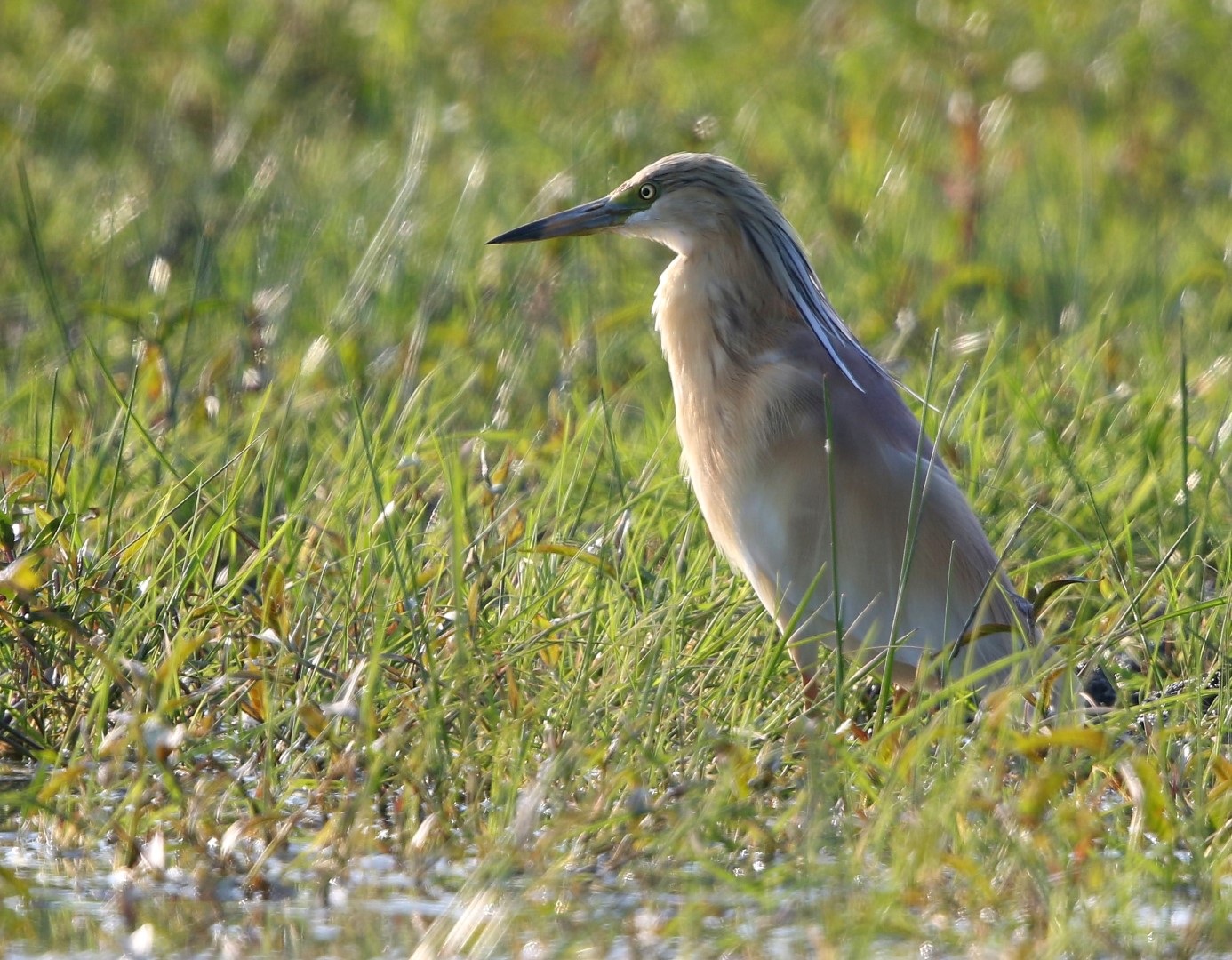 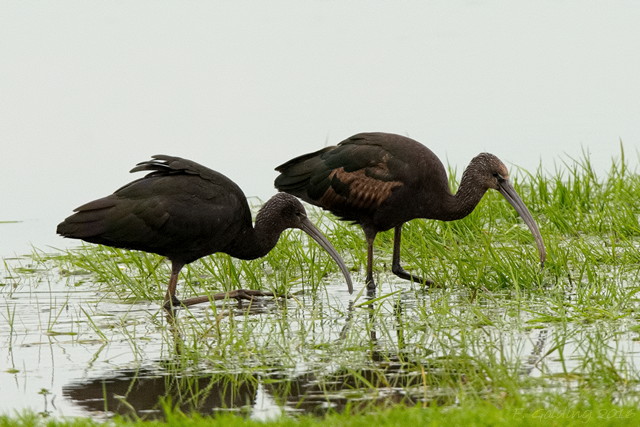 At least two Black Kites were seen among the now-annual spring influx of Red Kites in Cornwall. One flew over Falmouth on 25th and perhaps the same was seen over Truro later that day; another was in the Land's End area from 25–31st. One was reported over Abberton Reservoir, Essex, on 27th. Four female Red-footed Falcons were noted: a new bird was at Paxton Pits, Cambs, on 30th in addition to long-stayers in Essex, Suffolk and Wiltshire. A Snowy Owl was again at Black Head, Co Clare, on 28th. 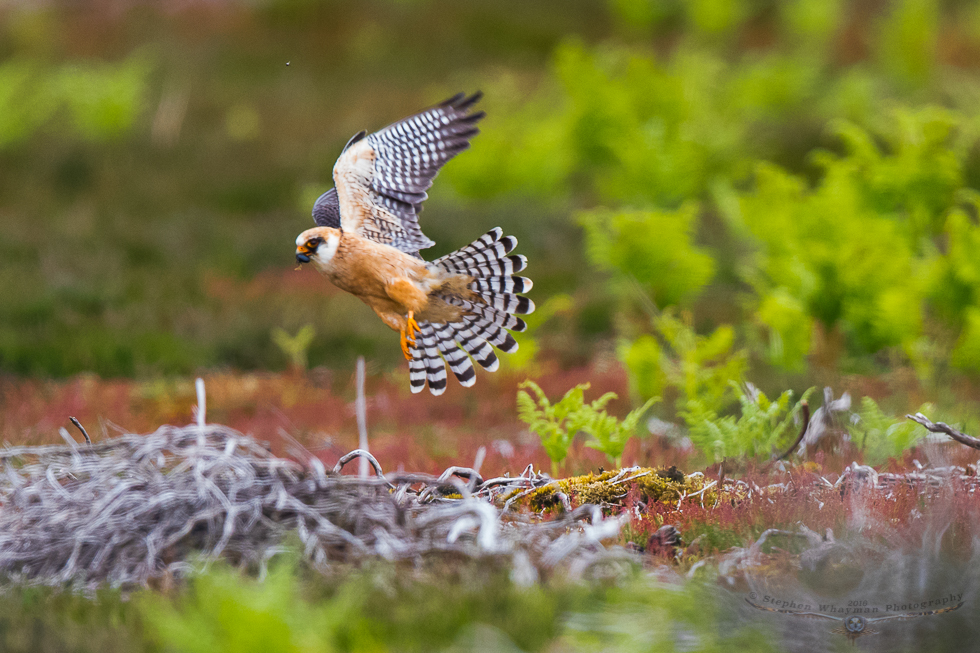 A Broad-billed Sandpiper dropped in at Druridge Pools, Northumberland, during dreary conditions on 31st. It comes almost two years to the day after the last county record — at Holy Island on 30 May 2014. The Pectoral Sandpiper remained at Boldon Flats, Durham, to 26th, and another was on Tiree on 27th. Temminck's Stints were reported from two sites in Suffolk, though much more significant was a bird at The Gearagh, Co Cork, on 25th — an excellent record so far west. A male Kentish Plover was at Five Mile Point, Co Wicklow, on 25th and another was at Church Norton, W Sussex, from 30th. Half-a-dozen migrant Red-necked Phalaropes were seen. 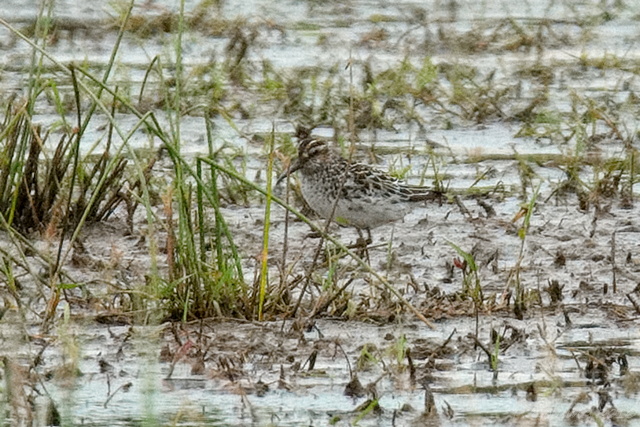 One of the highlights of the week, at least for Scottish birders, was a deliciously showy Gull-billed Tern at Belhaven Bay, Lothian, on 28–29th. What is presumably the regular adult Forster's Tern was again seen in Galway Bay on 28th, when it was off Doorus. A White-winged Black Tern was at Penberry Reservoir, Pembrokeshire, for the afternoon only on 26th. 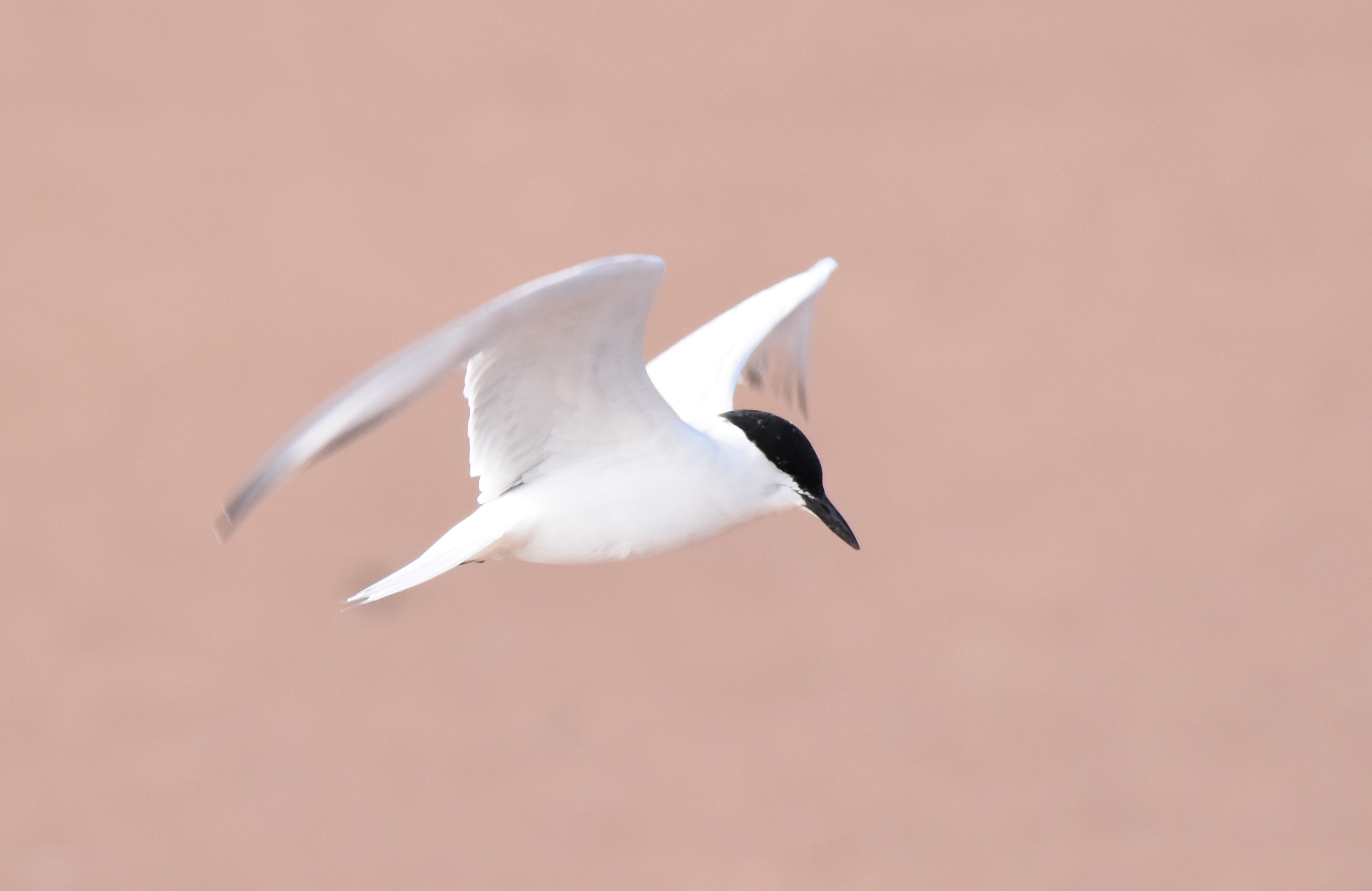 One of the smartest birds of the week was the pristine adult Laughing Gull at Hastings, E Sussex, on 25th. Evidently showing extremely well, it continued to perform at point-blank range when it relocated to Dungeness, Kent, the following day. Unfortunately it didn't stick about and may well have been the bird then at Slaughden, Suffolk, on 30th. Another adult was at Old Moor, S Yorks, on 25th. Northumberland's Bonaparte's Gull was showing well at Wansbeck Estuary all week. 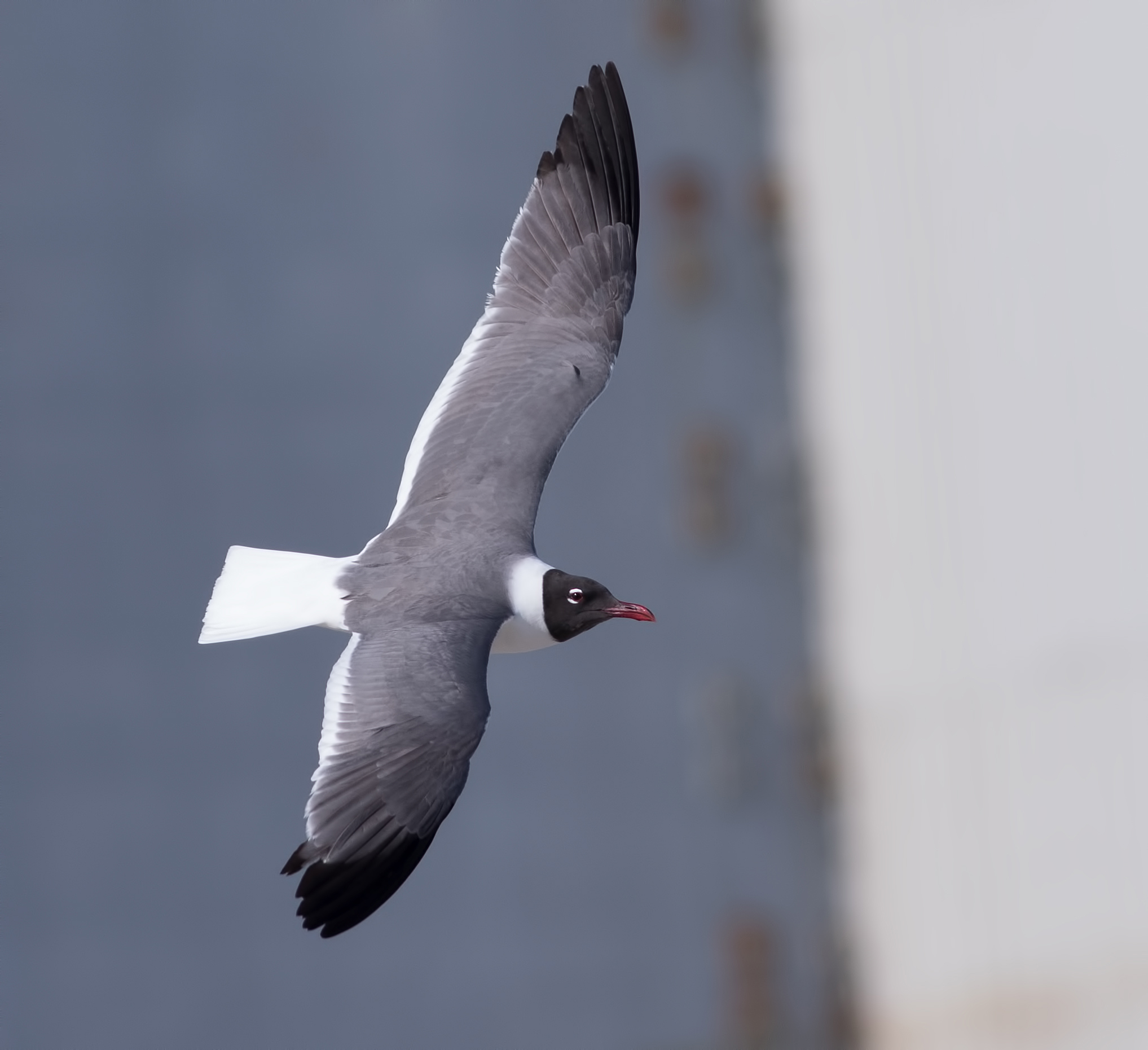 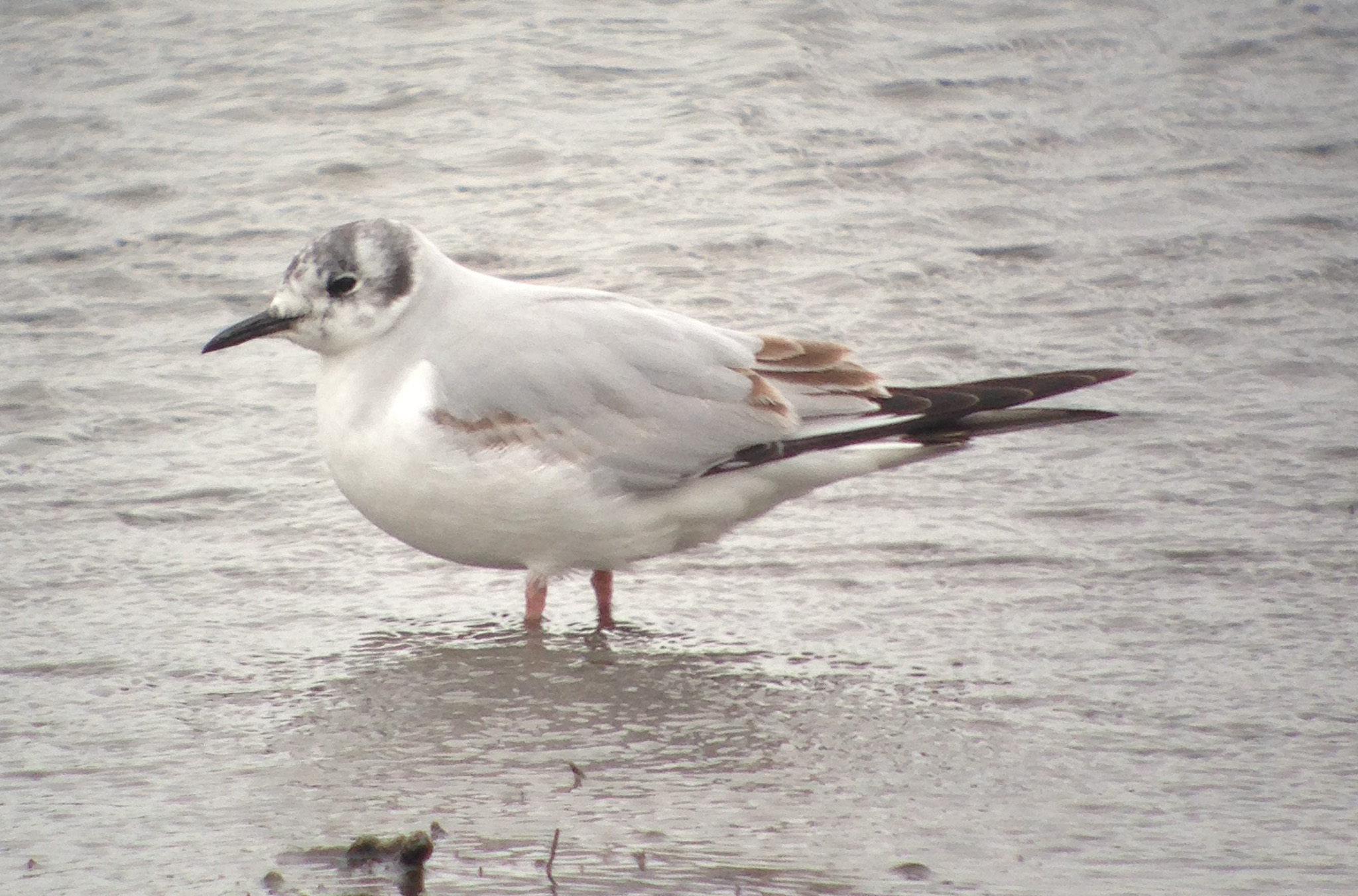 Eight Eurasian Hoopoes included one as far north as Fair Isle. Three Eurasian Wrynecks included inland records from The Lodge, Beds, on 26th and Otmoor, Oxon, on 29th. It's been a fairly quiet spring for European Bee-eaters so far, so twos over Worth Marsh, Kent, and Nanjizal, Cornwall, on 28th were notable; these were followed by records from Somerset on 29th and Devon on 31st.

A Woodchat Shrike was south of Dunmanus, Co Cork, on 25th and another graced Skomer on 25–26th. Around 30 Red-backed Shrikes were logged, primarily along the east coast and on the Northern Isles. A Short-toed Lark was in fields at Ynyslas, Ceredigion, on 31st, while a Shore Lark turned up on Fair Isle on 29th. A Red-rumped Swallow was at Murlough, Co Down, on 31st. Grey-headed Wagtails were in Conwy, East Yorkshire and Durham. 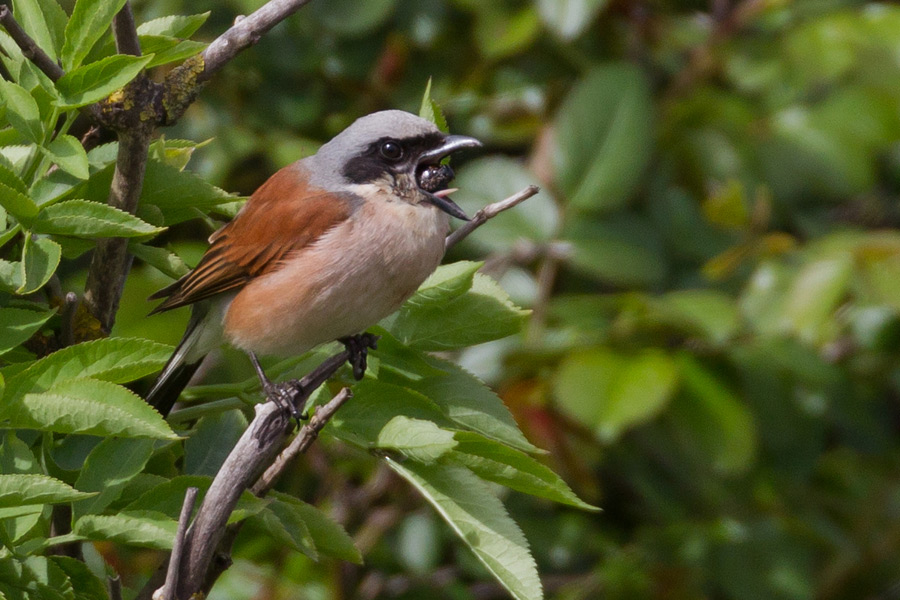 A female subalpine warbler was trapped and ringed on the Isle of May, Fife, on 27th and lingered to 31st; a male was briefly near the Black-billed Cuckoo at Bayhead, N Uist, early in the morning on 27th and another brief bird graced Holy Island, Northumberland, on 25th. Two Greenish Warblers were on Bardsey Island, Gwynedd, on 28–29th and another sang at Gunton, Suffolk, on 31st. Just four Marsh Warblers were noted, while Icterine Warblers scraped into double figures, with most seen on the east coast — the exception being a singing bird near Dalwhinnie, Highland. A Melodious Warbler was in song at Spurn, E Yorks, on 30th. 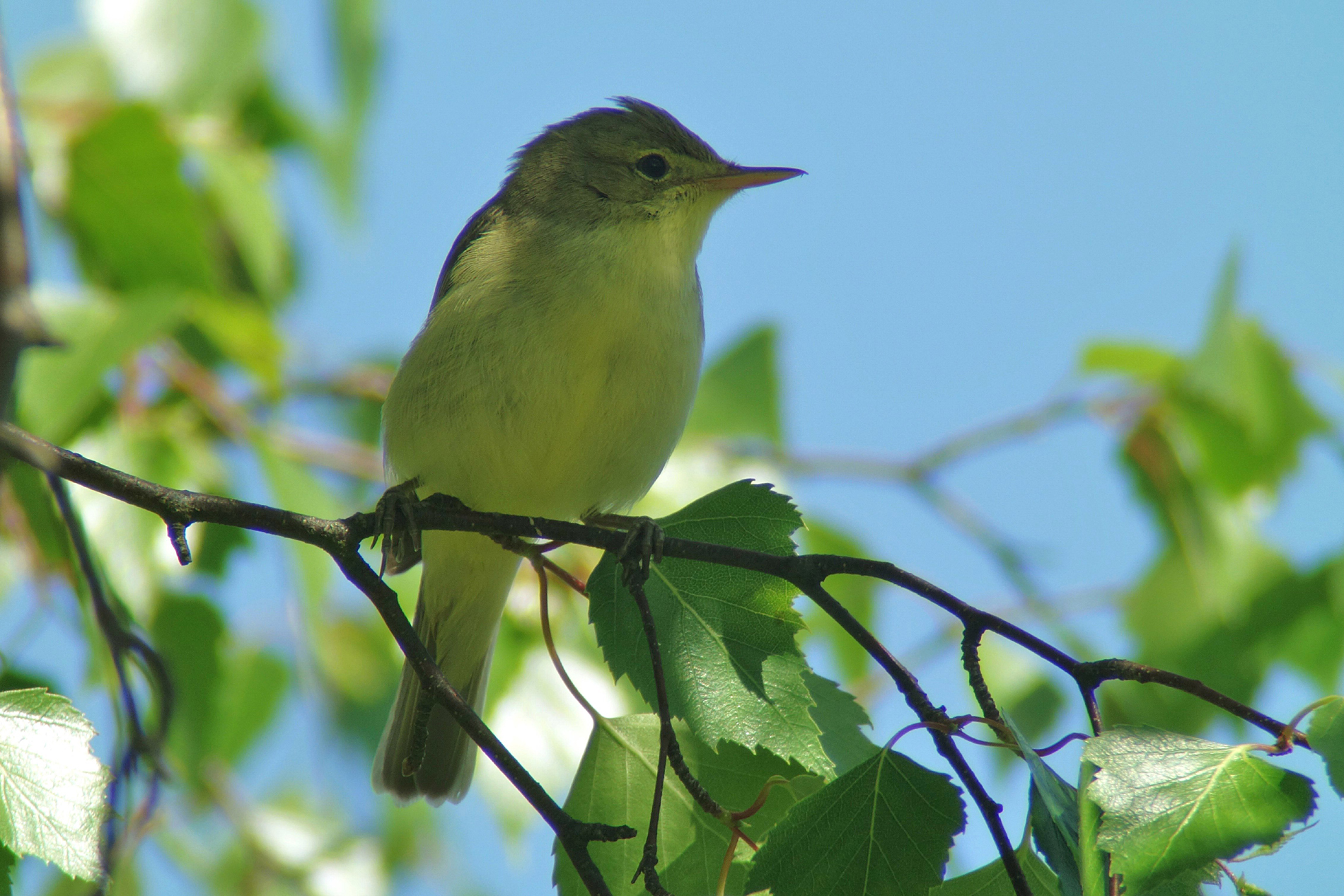 The male Savi's Warbler sang at Five Mile Point, Co Wicklow, to 27th, with another new in at Newport Wetlands, Gwent, from 29th; further birds remained in Suffolk and East Yorkshire early on. The Great Reed Warbler was still in song at Paxton Pits, Cambs, all week but has become very elusive. The Iberian Chiffchaff was also still singing on Tresco, Scilly, on 30th.

At least nine Red-breasted Flycatchers included the first in Hampshire for almost 30 years — a young male singing well inland at Crampmoor on the afternoon of 29th. A handful of Bluethroats were seen in Cleveland, Fife and on the Northern Isles. About 10 Common Rosefinches included a few red males — not least a stunningly rosy bird at Dungeness, Kent, on 28th. Two European Serins flew over Portland, Dorset, on 28th, with Norfolk records from Burnham Overy Dunes and Weybourne on 27th. A Rustic Bunting graced Fair Isle on 27th — the island's second this spring. 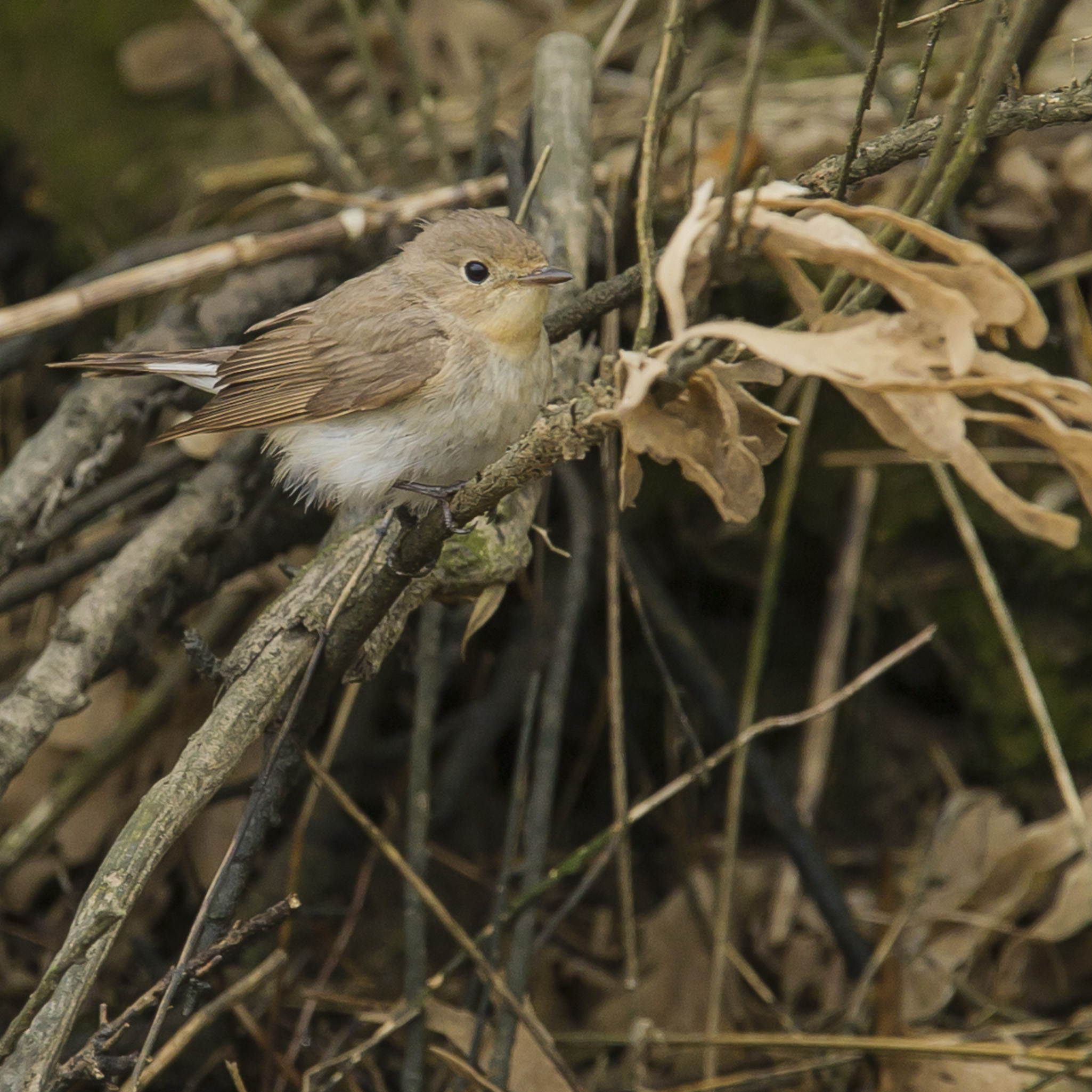 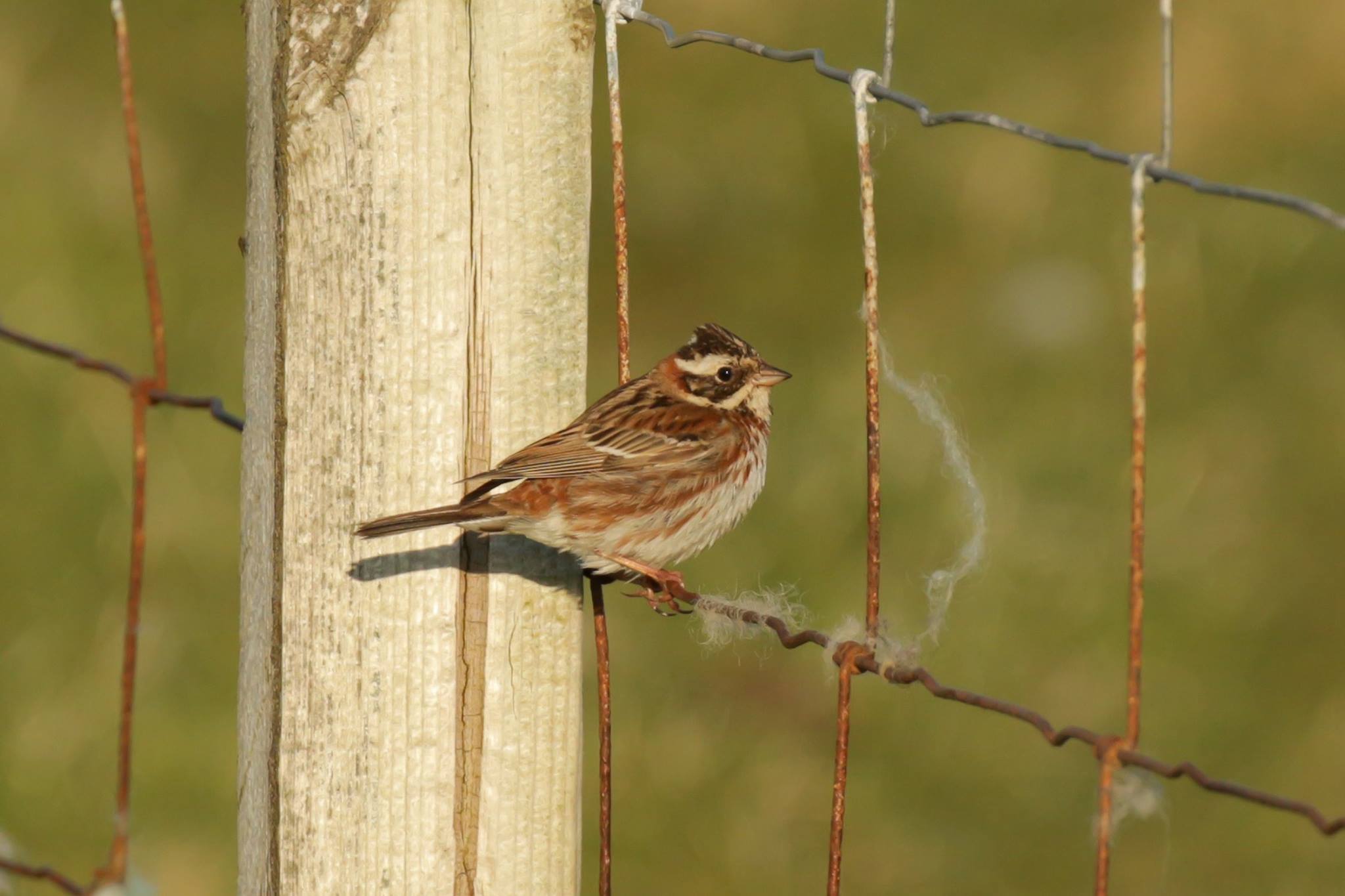 Few would have predicted Sulphur-bellied Warbler as a likely addition to the Western Palearctic list, yet the arrival of a strange Phylloscopus on the Danish island of Christiansø on 30th signalled just that. Still present on 31st, it will probably draw big crowds should it stick until the weekend. Denmark also boasted a Greater Sand Plover at Skagen on 25th, one of two seen this week — the other being at Mikoszewo, Poland. The latter country also claimed its first Citril Finch on 27th. 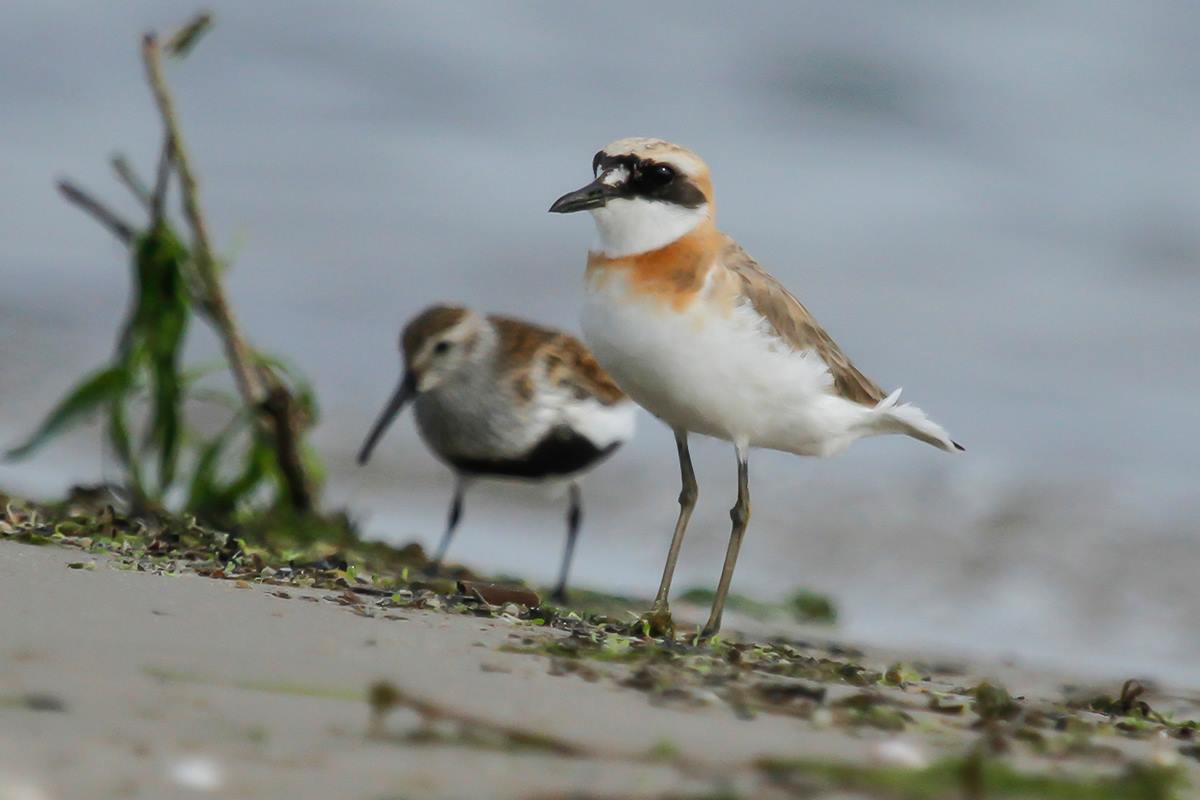 After its trip to Fair Isle, the Black-browed Albatross returned to Germany on 29th, when it was seen on Sylt. On 31st it returned to Heligoland. A Lammergeier at Bredstedt, Schleswig-Holstein, on 31st is presumably that seen in Denmark last week.

Norway produced two different Stejneger's Scoters on 30th, with drakes in Sør-Trøndelag and Finnmark counties. A dark-morph Western Reef Egret was at Atanasovsko Lake, Bulgaria, on 29th, while the Bar-tailed Lark remained at Gruissan, France, to at least 30th. 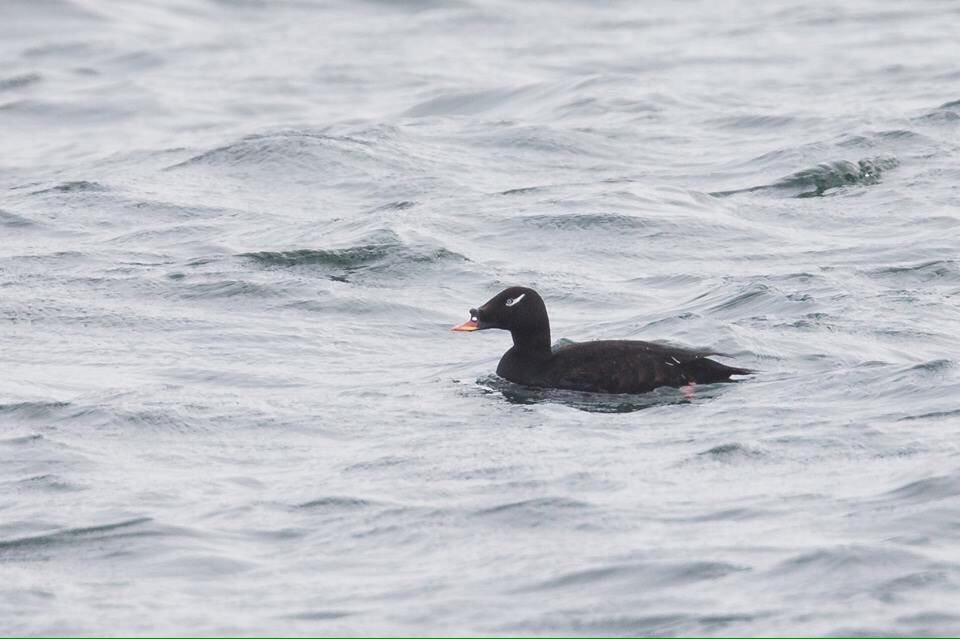