Perhaps because half the birding community were socializing in a few soggy fields in Rutland, there was a scant supply of quality arrivals this week. Having said that, the continuing easterly airflow ensured east-coast birders had something to keep them going, a typical selection of early autumn drift migrants stopping the rot. Add to that a report of a (the?!) dark-morph Eleonora's Falcon in Ramsgate (Kent) on 19th, a few decent seabirds and good numbers of returning waders, and there was still enough to keep most entertained despite the lack of twitchable rarities.

Despite the reasonably settled conditions, it was undoubtedly the best week of the year so far for seawatching — as one might expect, in the second half of August. Pick of the bunch were a couple of Fea's-type Petrels that lingered with Manx Shearwaters off Carnsore Point (Wexford) for much of the morning on 18th, although they were not seen again when looked for that evening. Another individual flew past Cape Clear (Cork) on 19th, with a Least Sandpiper heard over the island that day and a Buff-breasted Sandpiper over on 18th!

County Cork also laid claim to a Little Shearwater past Toe Head on 19th, and a Wilson's Storm-petrel was also noted off there that day. Other Wilson's included three from a pelagic off the Blasket Islands (Kerry) on 17th and singles off the Bridges of Ross (Clare) on 17th and Galley Head (Cork) on 21st. Promising conditions early in the week failed to produce more than a handful of Great and Cory's Shearwaters in the southwest, although the variety of species seen off western headlands continues to improve even if numbers do not. 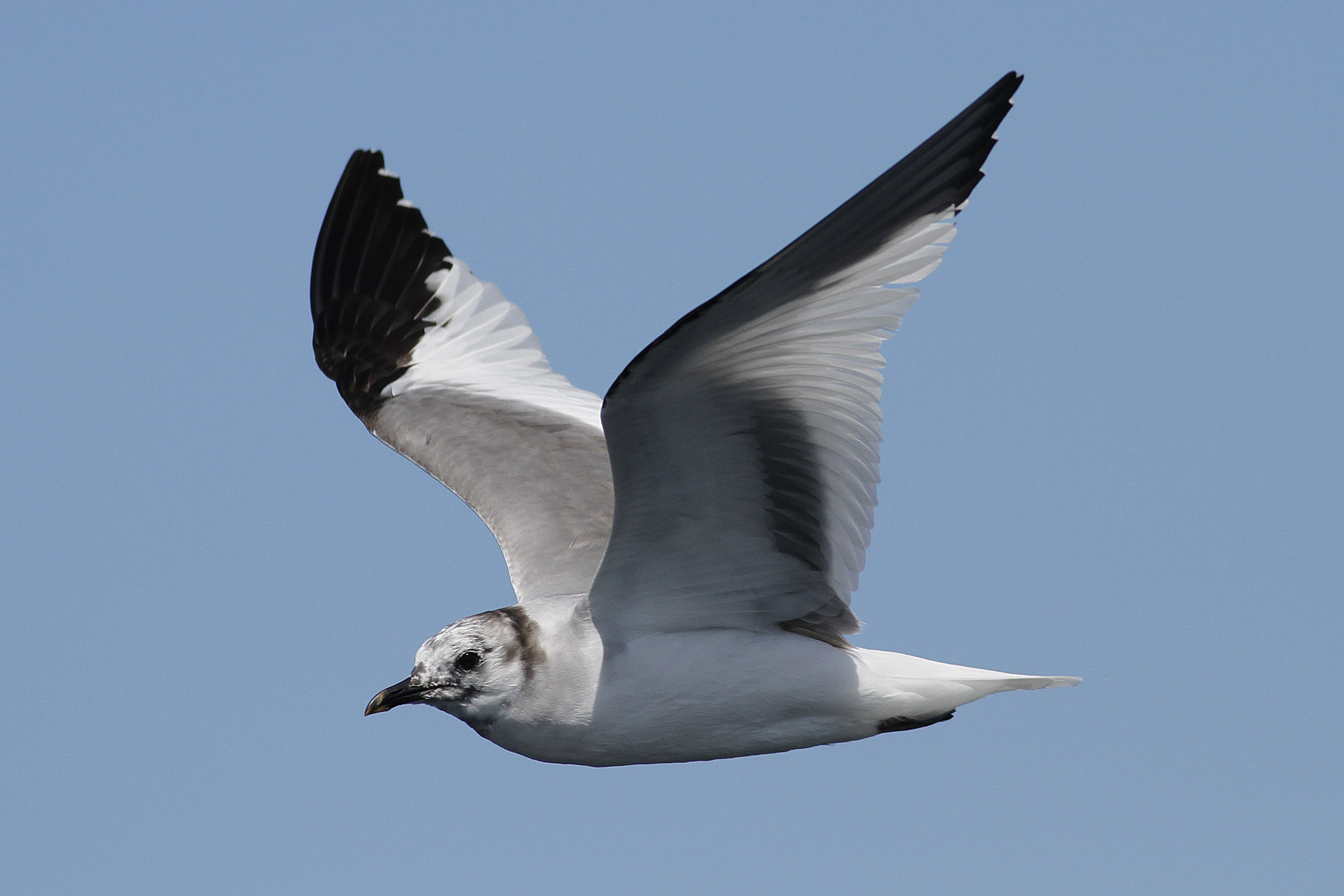 Both Ferruginous Ducks remained present and correct: the drake was still at Blagdon Lake (Somerset), while the elusive female continued at Minsmere (Suffolk). A drake Ring-necked Duck at Loch Leven (Perth/Kinross) on 20th was new but not unexpected given date and location, while there will be no prizes for guessing the location of the only Surf Scoter this week — a female off Blackdog (Aberdeenshire) on 17th. There were also still plenty of Garganey about, although numbers had reduced somewhat.

In Hampshire, the adult Night Heron was last noted on its favoured island at Lower Pennington on 19th, while Kent's juvenile Purple Heron was again noted at Grove Ferry, as it left its roost early each morning from 19th. Also in the county, the Cattle Egret was still at Elmley Marshes on 16th, while another was reported from Steart (Somerset) that day. Great White Egrets were noted in Cheshire, Worcestershire, Gloucestershire, Cornwall and Kent (2) with one still at Shapwick Heath (Somerset). The four White Storks remained at the aptly named Wet Moor until the morning of 22nd, and were seen flying south over Dorchester (Dorset) later that day — perhaps they are finally thinking of heading south? Long-staying Glossy Ibis remained at Timoleague (Cork), Tacumshin (Wexford) and Marloes Mere (Pembrokeshire). 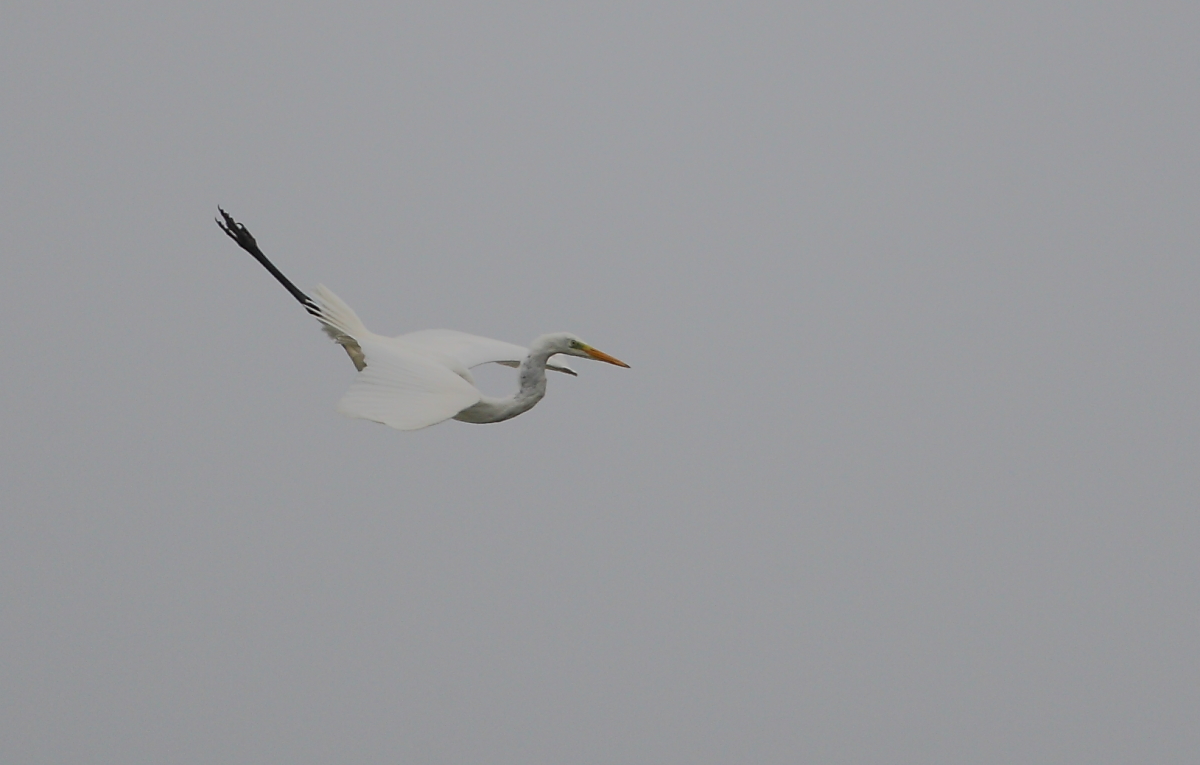 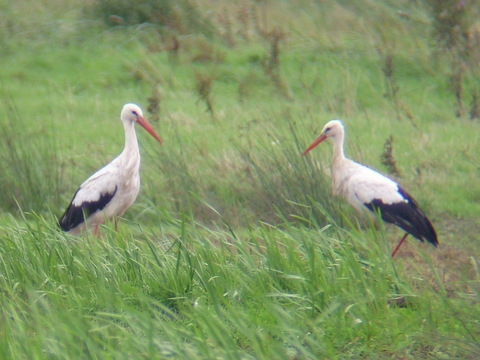 Best of the birds of prey were a couple of Black Kites over Montrose Basin (Angus & Dundee) on 19th and Ramsgate (Kent) on 20th, and several wandering Honey Buzzards and Montagu's Harriers again on the move. Way out west, the male Snowy Owl continued to perform admirably on Arranmore Island (Donegal) to 20th at least, and a Common Rosefinch was on the island on 17th. 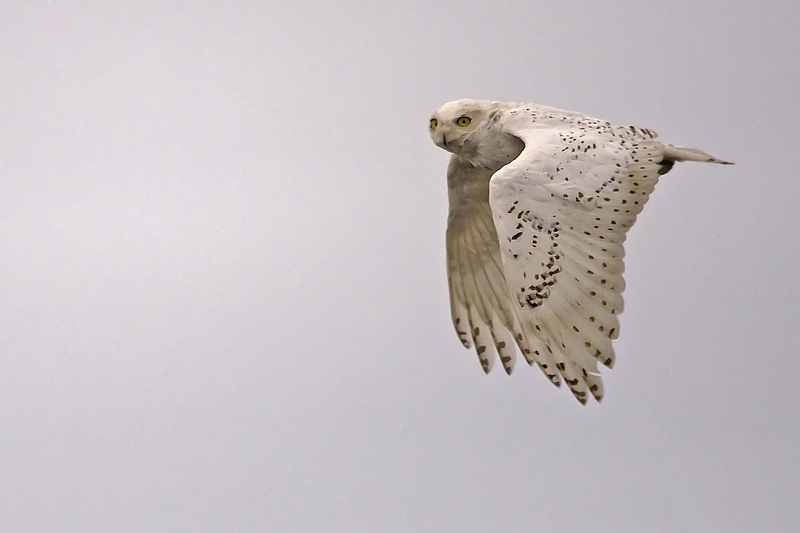 After a pitiful autumn for the species in 2011, it was pleasing to see a few migrant Spotted Crakes on offer. Last week's bird was still at Marazion (Cornwall) to 18th, while new birds were found at Farlington Marshes (Hants) on 18th–19th and Birstall Meadows (Leics) on 21st–22nd in addition to a third seen in flight only at Stanpit Marsh (Dorset) on 18th and 21st. 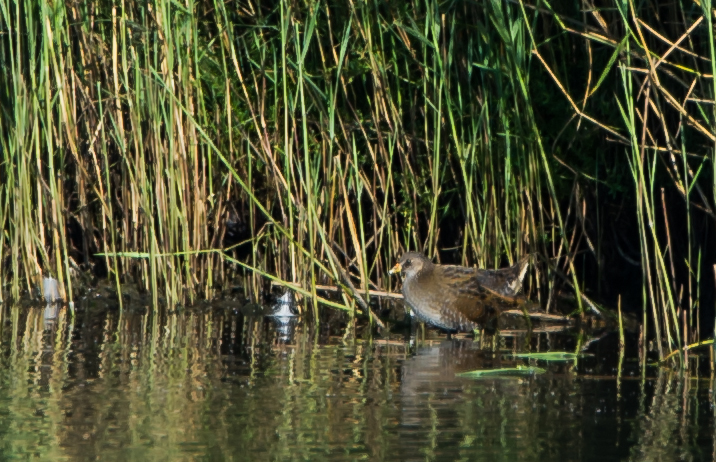 Continuing Cambridgeshire's impressive summer for Nearctic shorebirds, a mobile American Golden Plover was seen in the Chain Corner and Aldreth area on 21st–22nd. Even more tantalising was a Marsh Sandpiper photographed and belatedly reported from the Camel Estuary (Cornwall) on 19th (reported on 20th), although the Long-billed Dowitcher at Slimbridge (Glos) remained a sure bet there throughout the week. A Red-necked Phalarope at Frampton Marsh (Lincs) offered birders the unusual opportunity of seeing an adult in near-full winter plumage from 18th.

The first juvenile Nearctic waders of the autumn are always eagerly awaited, and thus a typically fearless juvenile Baird's Sandpiper at West Angle Bay (Pembrokeshire) from 20th was well received. Another Baird's — this time an adult — was a new arrival at Smerwick Harbour (Kerry) on 16th–17th, while adult White-rumped Sandpipers were on the Bann Estuary (L'derry) on 18th–20th, at Snettisham (Norfolk) on 21st and Kilcoole (Wicklow) on 22nd. A Solitary Sandpiper was reported from Stronsay (Orkney) on 22nd. In addition to the aforementioned bird overflying Cape Clear, other Buff-breasted Sandpipers were noted briefly at Warkworth Gut (Northumberland) on 18th and at Quilty (Clare) on 19th. Five Pectoral Sandpipers were seen, in Wexford, Aberdeenshire, North Yorkshire, Lancashire and Kent. 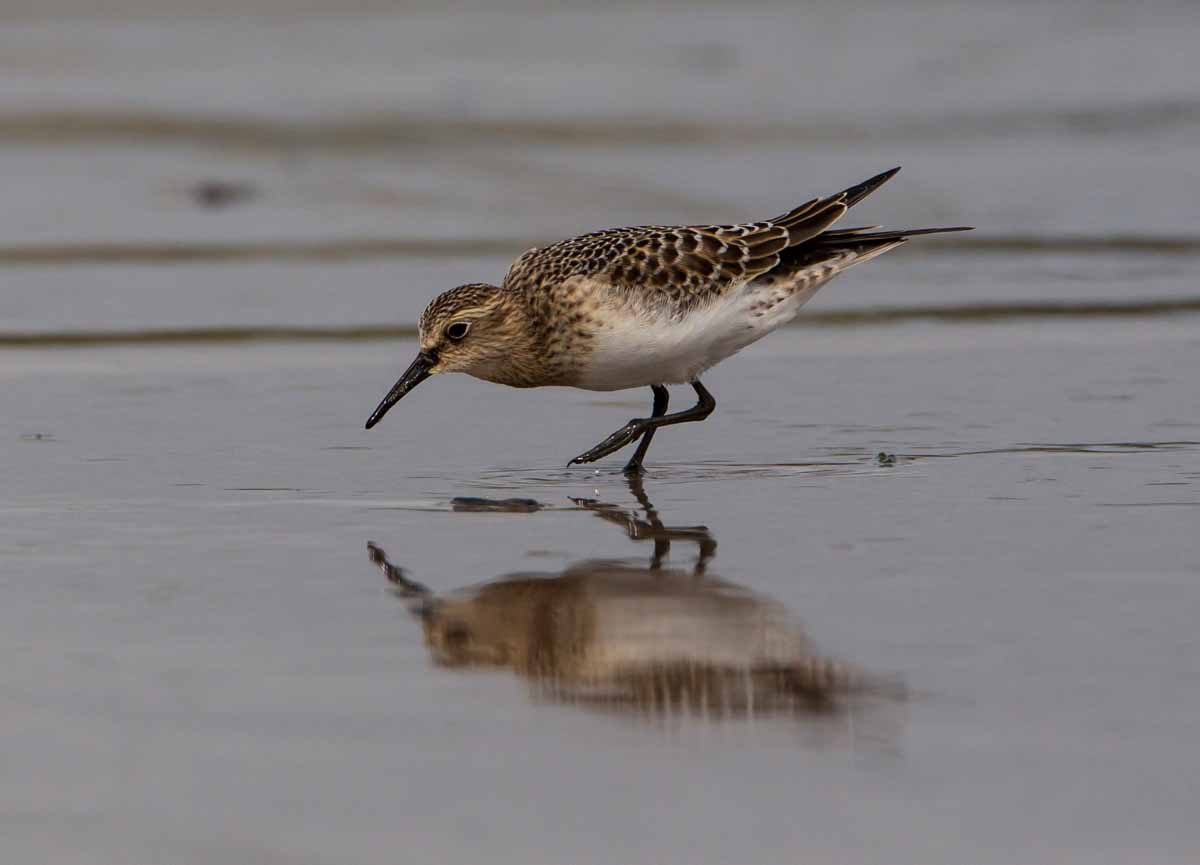 Looking back east, a juvenile Broad-billed Sandpiper was a fine find at Seaton Snook (Cleveland) at dusk on 21st. It was again present the following morning, but had moved to Seal Sands by the afternoon. An adult Temminck's Stint was at Oare Marshes (Kent) on 17th–18th. 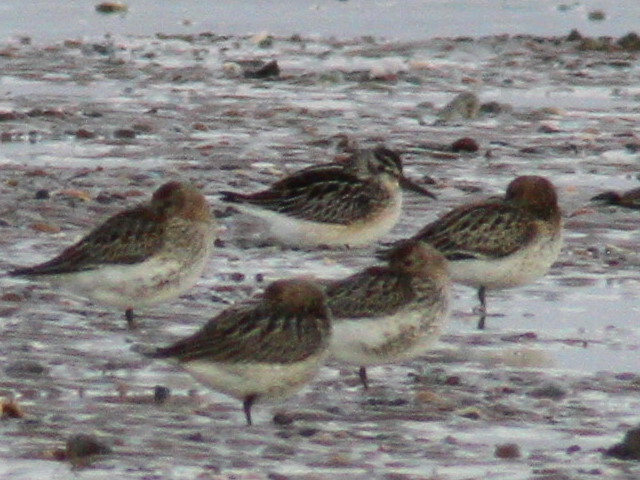 A first-summer Franklin's Gull was an impressive find on the strand at Gormanstown (Louth) on 16th, although it was not seen again. Back for its third autumn in the northeast, the adult Bonaparte's Gull was again at Whitburn Steel on 16th–20th — quite where this bird goes in the winter is unknown; presumably it heads further south after completing its moult. A second-winter Ring-billed Gull at Doonbeg (Clare) on 20th will no doubt prove a popular fixture this coming week if seawatching at the Bridges of Ross is quiet, while the adult remained at Kinneil Lagoon (Forth). Caspian Gulls included three on Rainham Tip (London) on 21st, with an interesting, streaky-headed Yellow-legged-type also seen there that day. 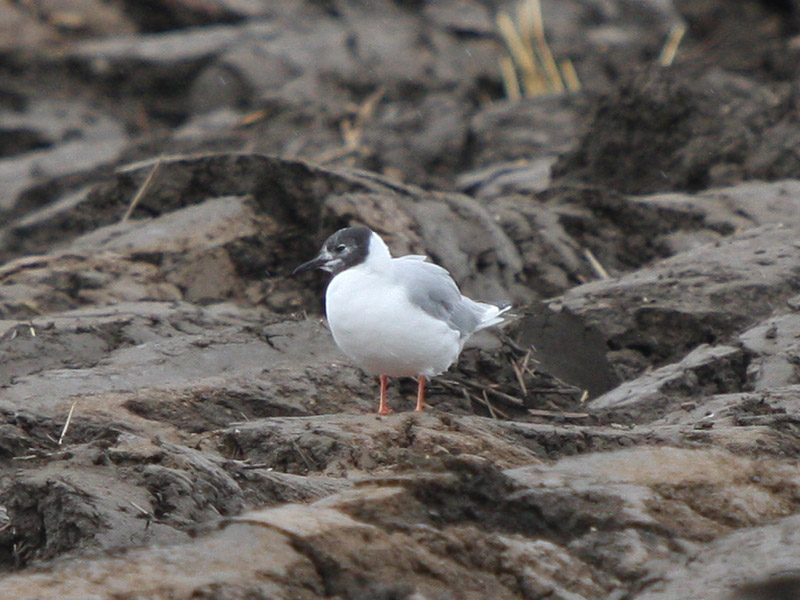 Mediterranean overshoots included a couple of Hoopoes at Newdigate (Surrey) on 18th–19th and Portland (Dorset) on 16th and 20th, and a Bee-eater over Noirmont Point (Jersey) on 18th. Alpine Swifts included two-day birds in Newquay (Cornwall) and Edinburgh (Lothian) on 17th–18th, with a third in spectacular scenery at Brandon Point (Kerry) on 21st. A Tawny Pipit at Barking Bay (London) late on 19th was a superb find, although it had gone by the following morning. Another was seen at Bradwell-on-Sea (Essex) on 21st. Three Melodious Warblers included one as far north as Walney Island (Cumbria) on 19th, the other two in more typical locations: Beachy Head (E Sussex) on 19th–20th, and Start Point (Devon) on 20th. 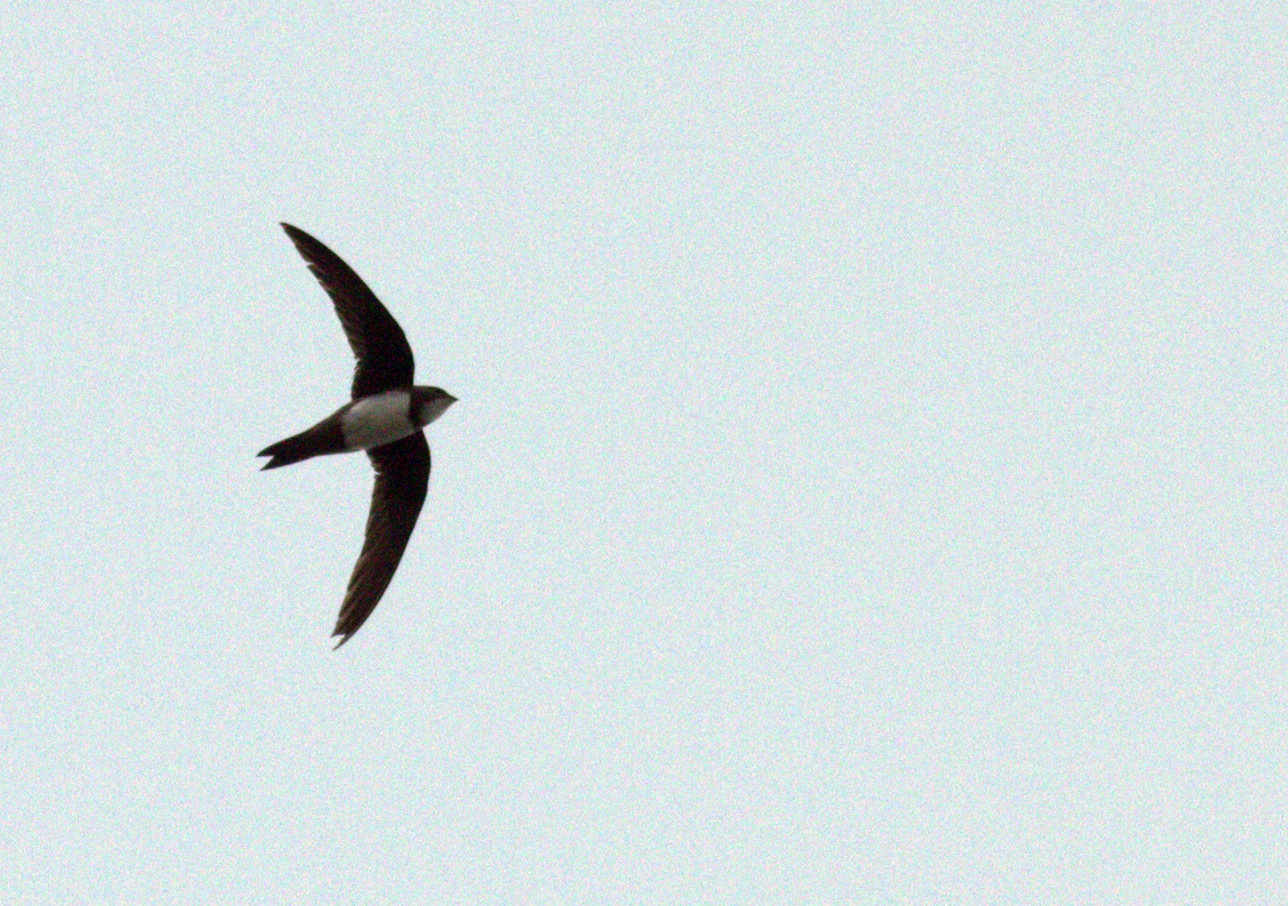 In another productive week for drift migrants, the Northern Isles once again took the lion's share of the birds. Highlights consisted of Booted Warblers on North Ronaldsay (Orkney) on 16th and at Sumburgh (Shetland) on 18th–20th, while an Arctic Warbler graced Fair Isle on 19th–21st and a Greenish Warbler was on Out Skerries on 18th. A Citrine Wagtail was at Haroldwick, Unst for the day on 17th, and a couple of Common Rosefinches were on Fair Isle and Unst. Ten Barred Warblers included four on North Ronaldsay on 22nd, while there were also double figures of Icterine Warblers plus a lighter scattering of Red-backed Shrikes and Wrynecks. 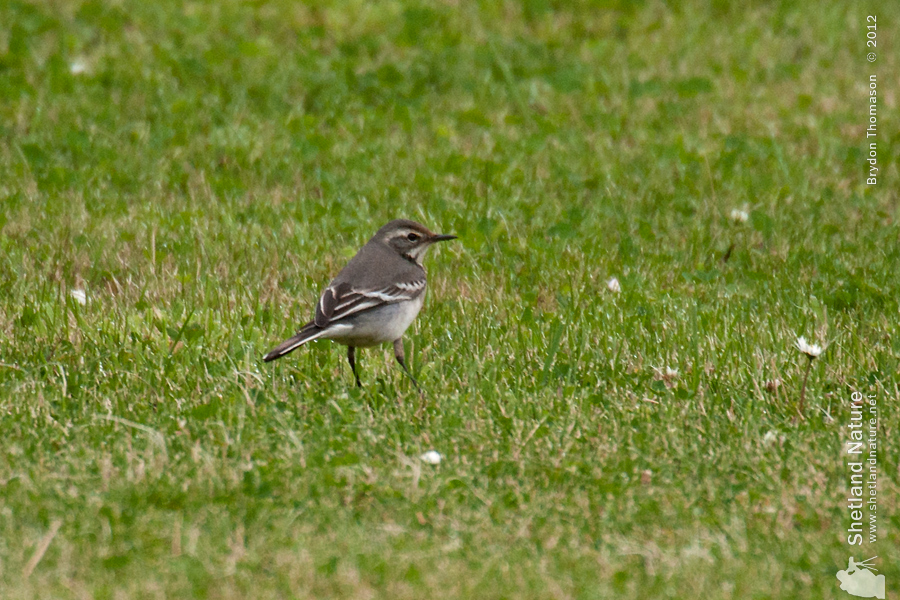 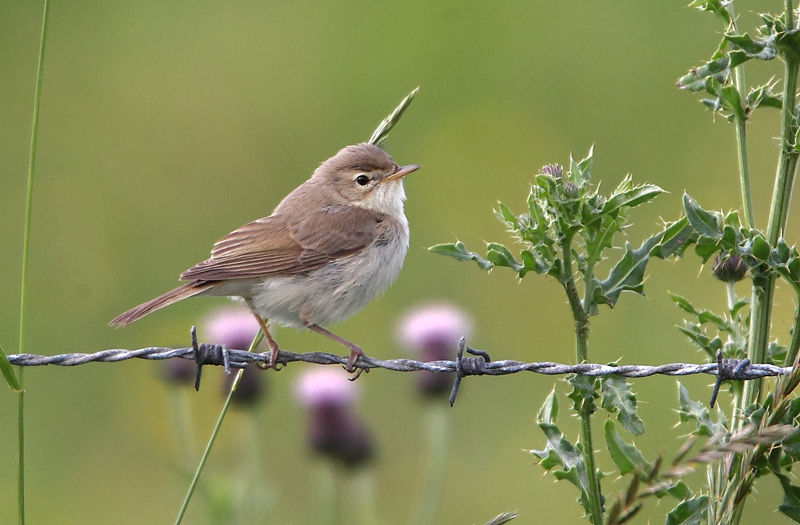 Barred Warblers also continued to dominate proceedings on the east coast, with up to four in the Spurn (E Yorks) area throughout the week and others seen in Aberdeenshire, Fife, Northumberland, Norfolk and Essex. Just two Icterine Warblers were seen away from the Northern Isles, those being at Low Newton-by-the-Sea (Northumberland) and Flamborough Head (E Yorks). A Red-spotted Bluethroat trapped at Hollesley Marshes (Suffolk) on 19th was an unusual August record, while an Ortolan was brief at Spurn. Around 15 Wrynecks seen between Cornwall and East Yorkshire included two birds trapped and ringed on consecutive days on Salisbury Plain (Wilts). Most other records stemmed from south-coast locations — Dorset, for example, claimed three. 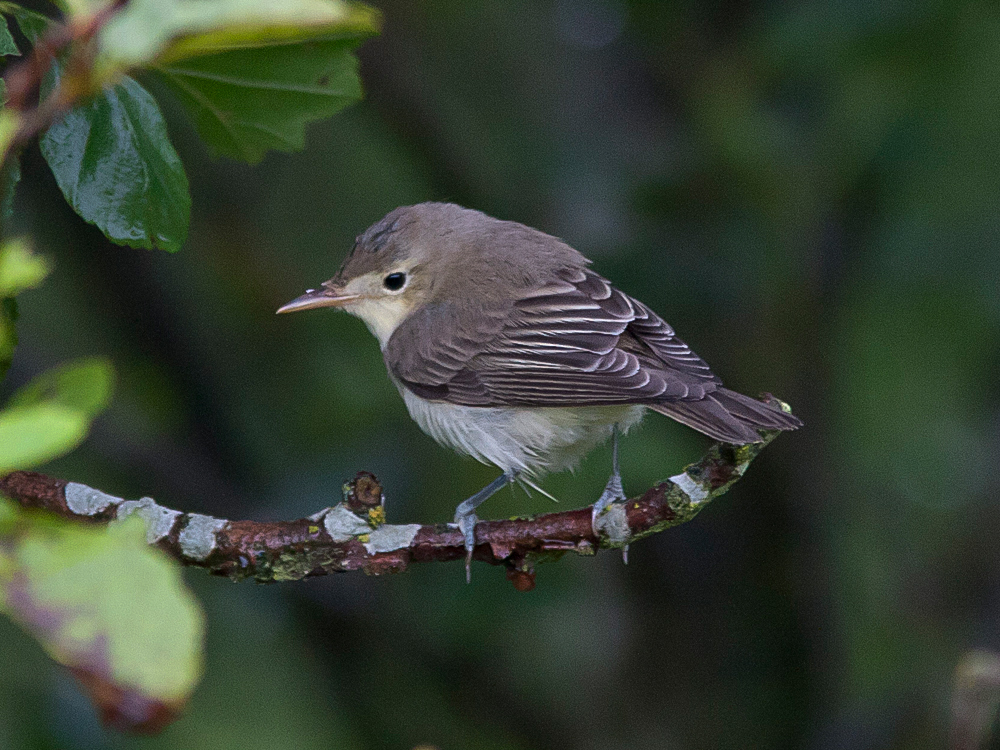 Dorset also claimed three of the week's Aquatic Warblers. Two were trapped and ringed at Lytchett Bay on 18th, with a third at a private site in the north of the county that morning. Other Aquatics included an incredibly elusive individual at Red Rocks (Cheshire) on 19th–20th, and another at Steart (Somerset) on 21st.

A Lesser Grey Shrike was a good find on The Garrison on St. Mary's (Scilly) on 22nd; locals and visitors alike will be hoping this is the start of a fruitful crop of rares on the archipelago this autumn. A Woodchat Shrike was also unearthed this week, at Wyke Regis (Dorset) from 18th. 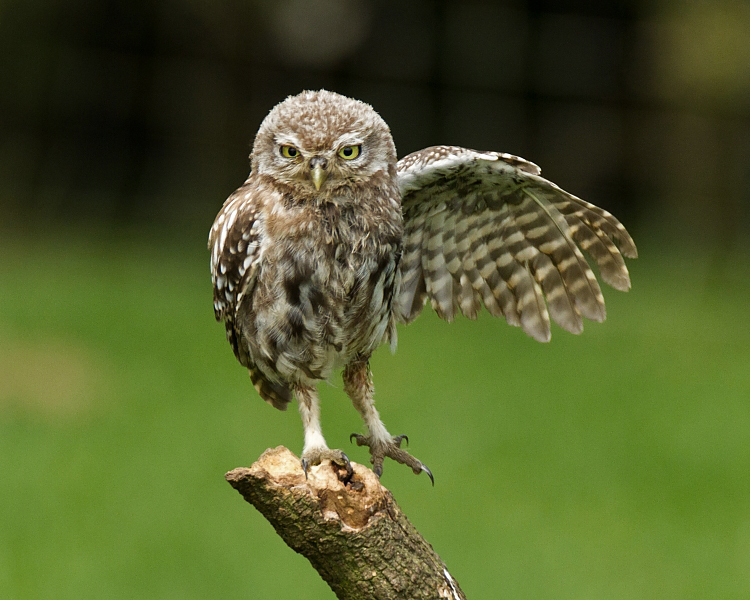 If you were to mention Little Owls to BirdGuides regulars, most would immediately think of Paul Riddle. Paul's phenomenal devotion to this species is well known and he has shared with us over 400 images of the birds he has come across in his monitoring and conservation activities. Given that he has located more than 200 Little Owl territories over the past four years, it's no surprise that Paul has captured images showing these birds in almost every imaginable pose, both perched and in flight. This week, though, we were entertained by his unusually posed shot of a juvenile bird with one wing and one foot outstretched. Presumably, the young owl was just having a stretch, but it's easy to interpret its expression and body language as a suggestion that Paul take his camera elsewhere! A great illustration of the fact that, to a creative photographer, birds are an inexhaustible subject. 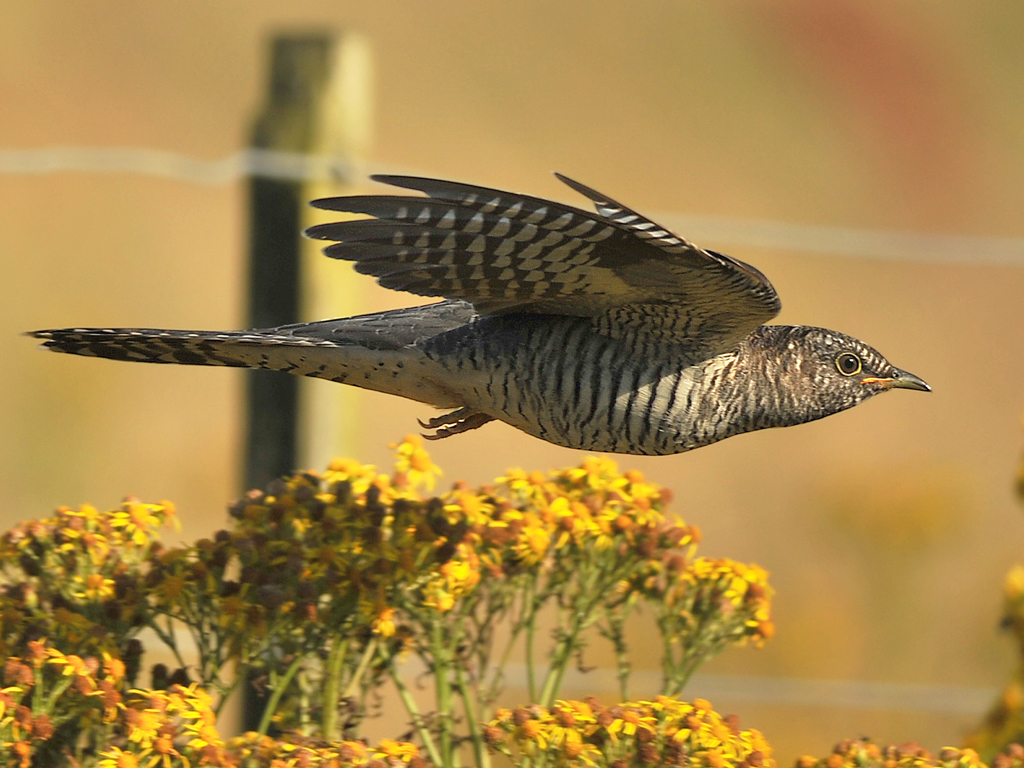 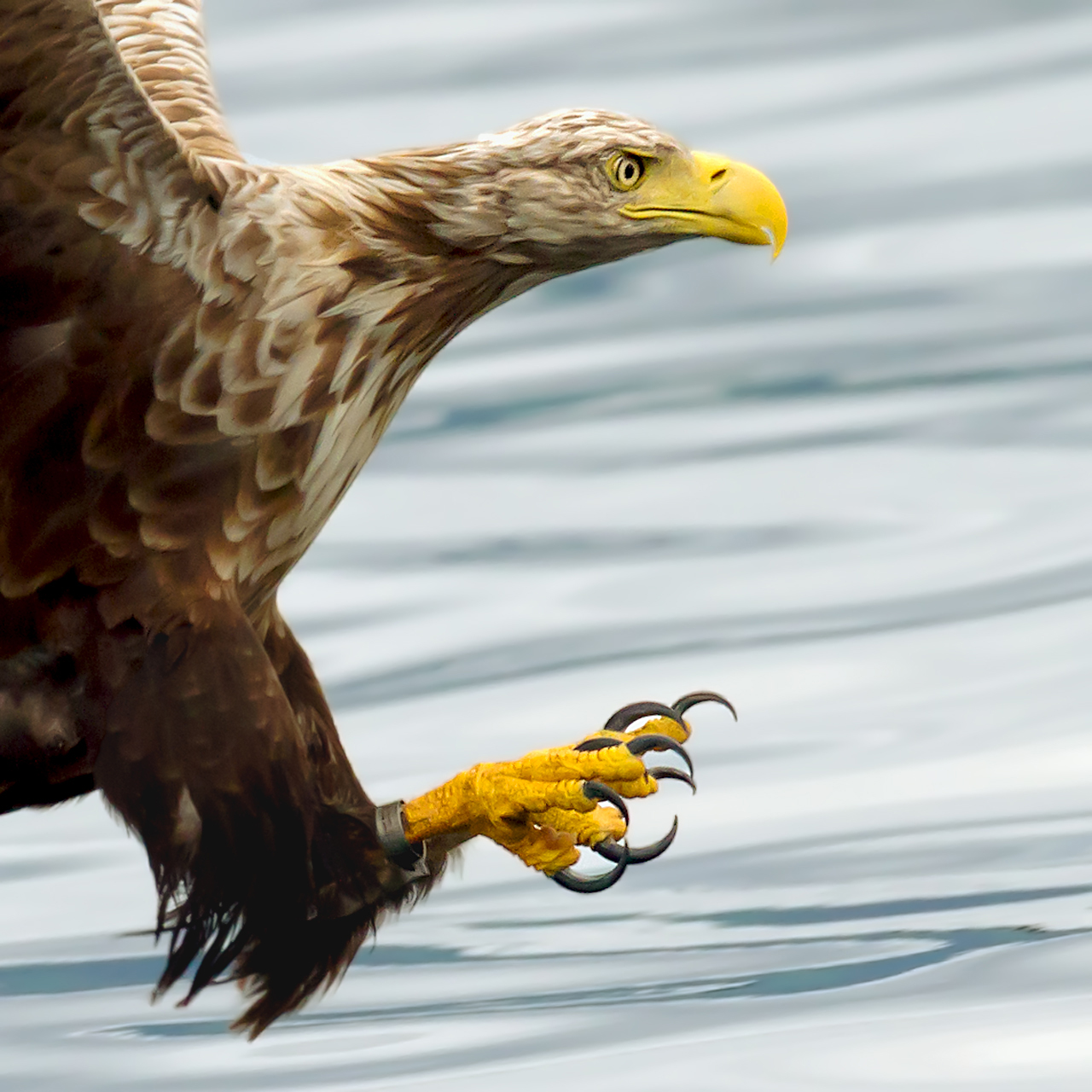 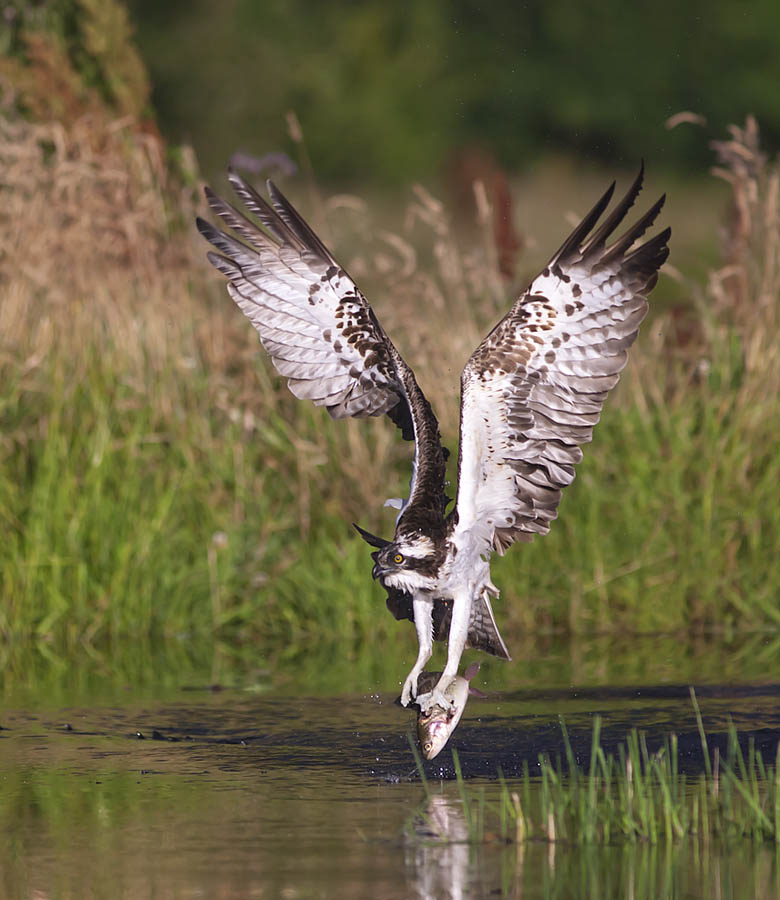 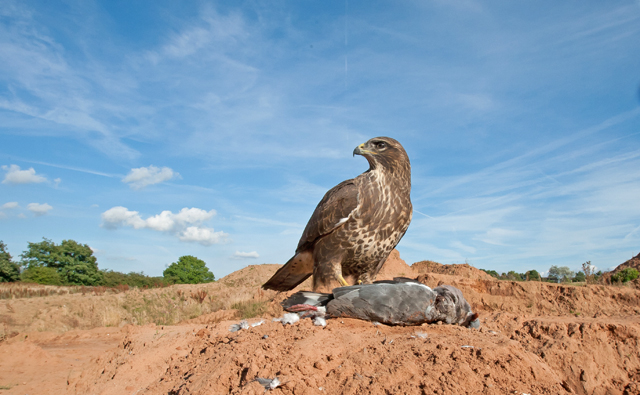 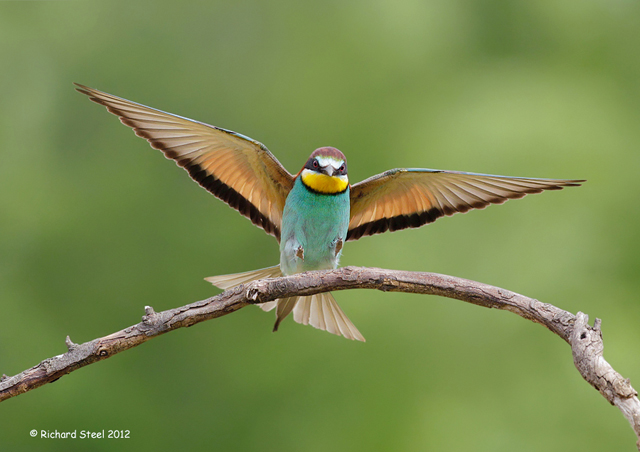 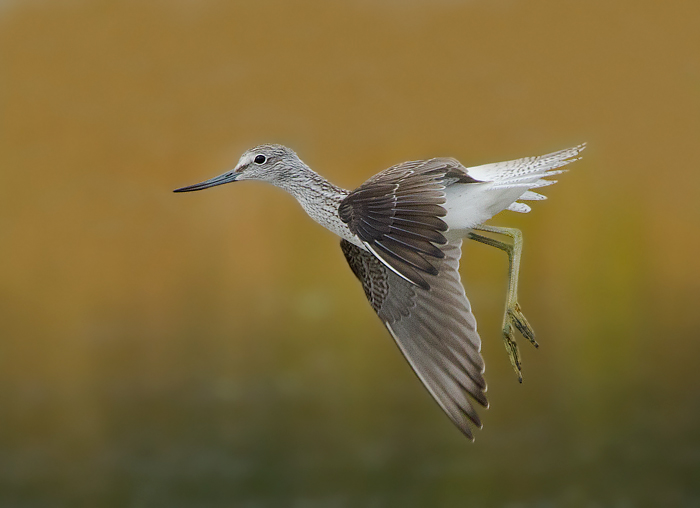 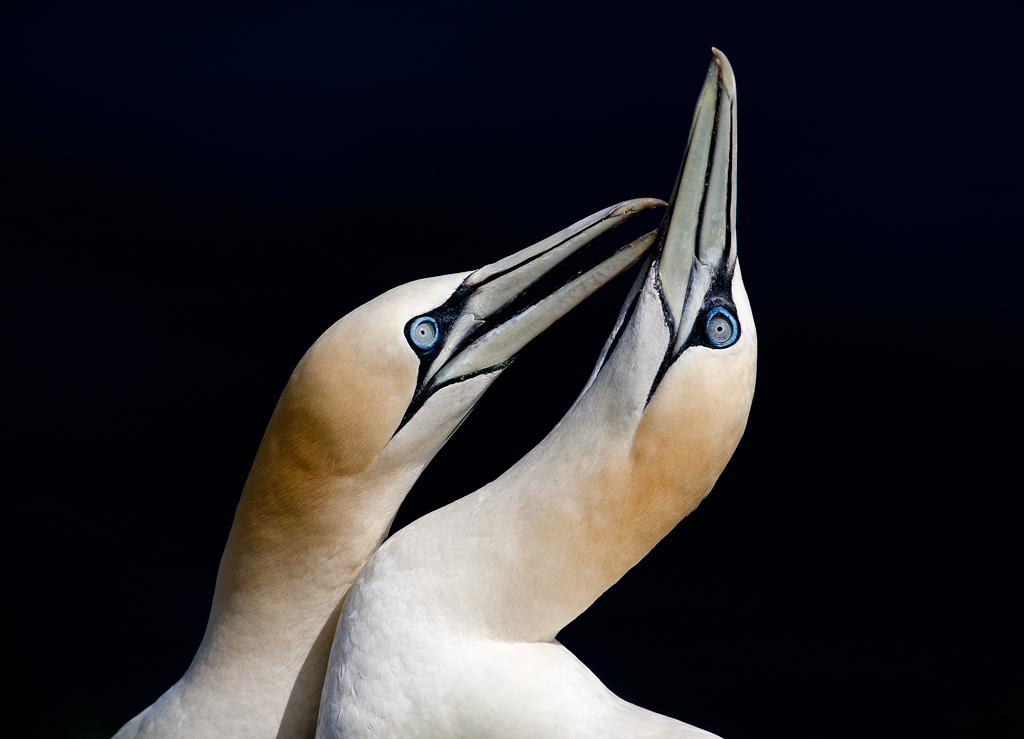 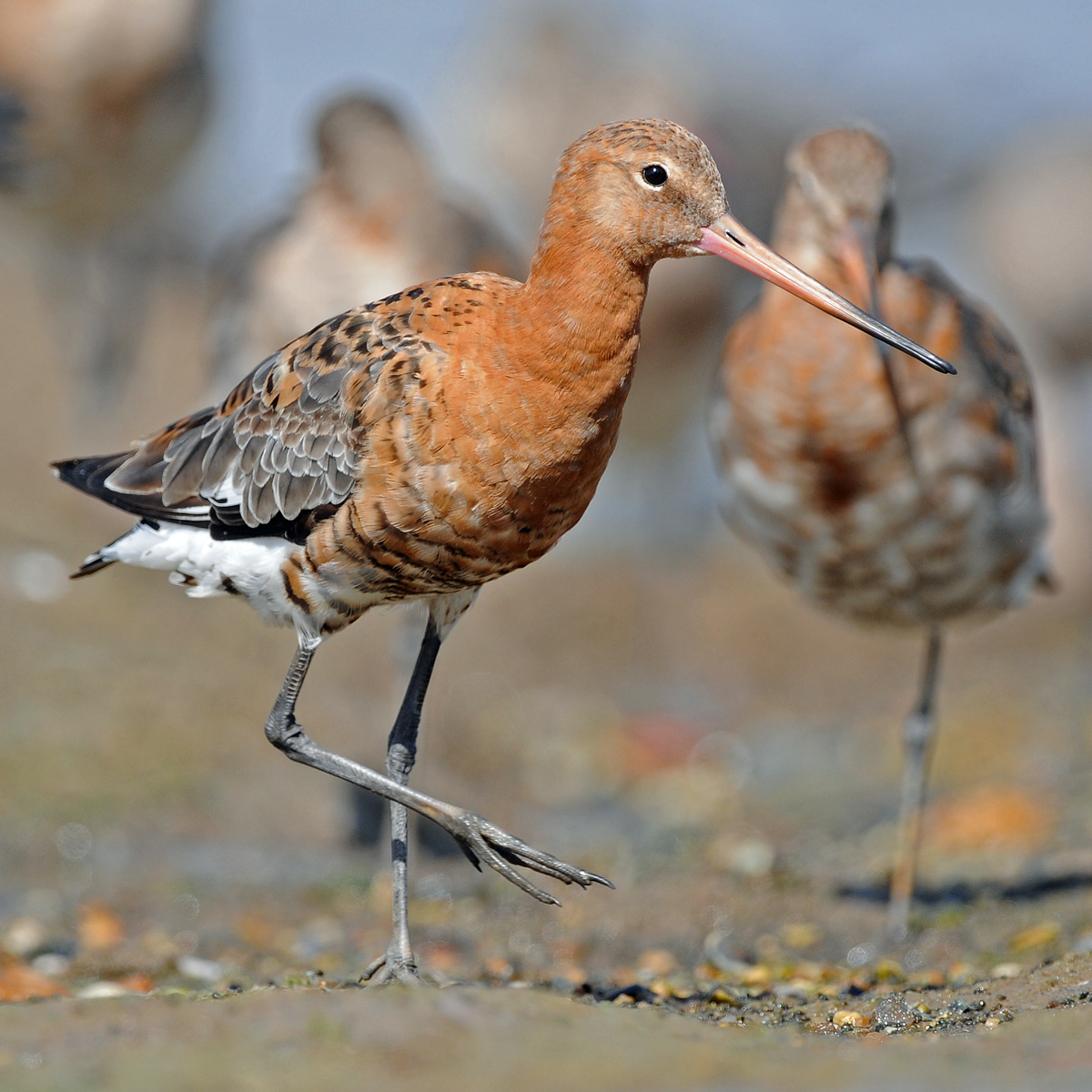 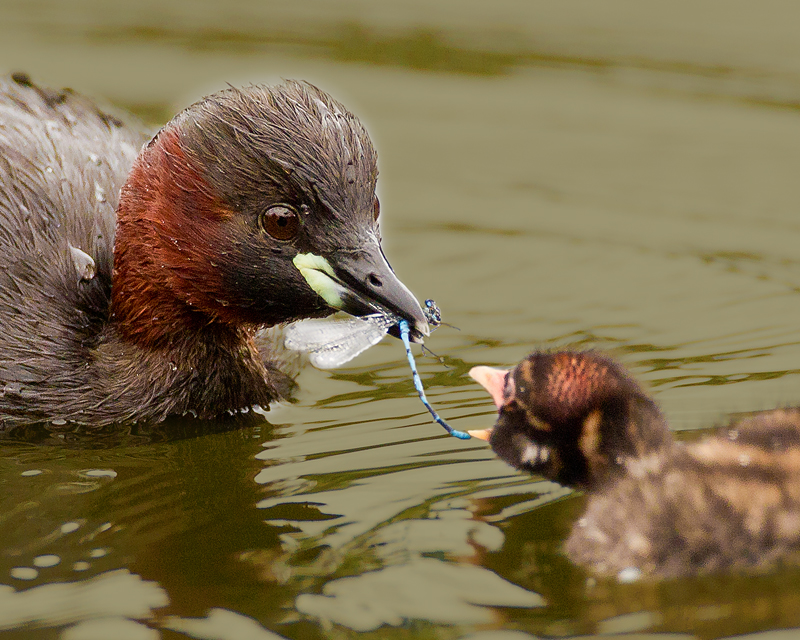 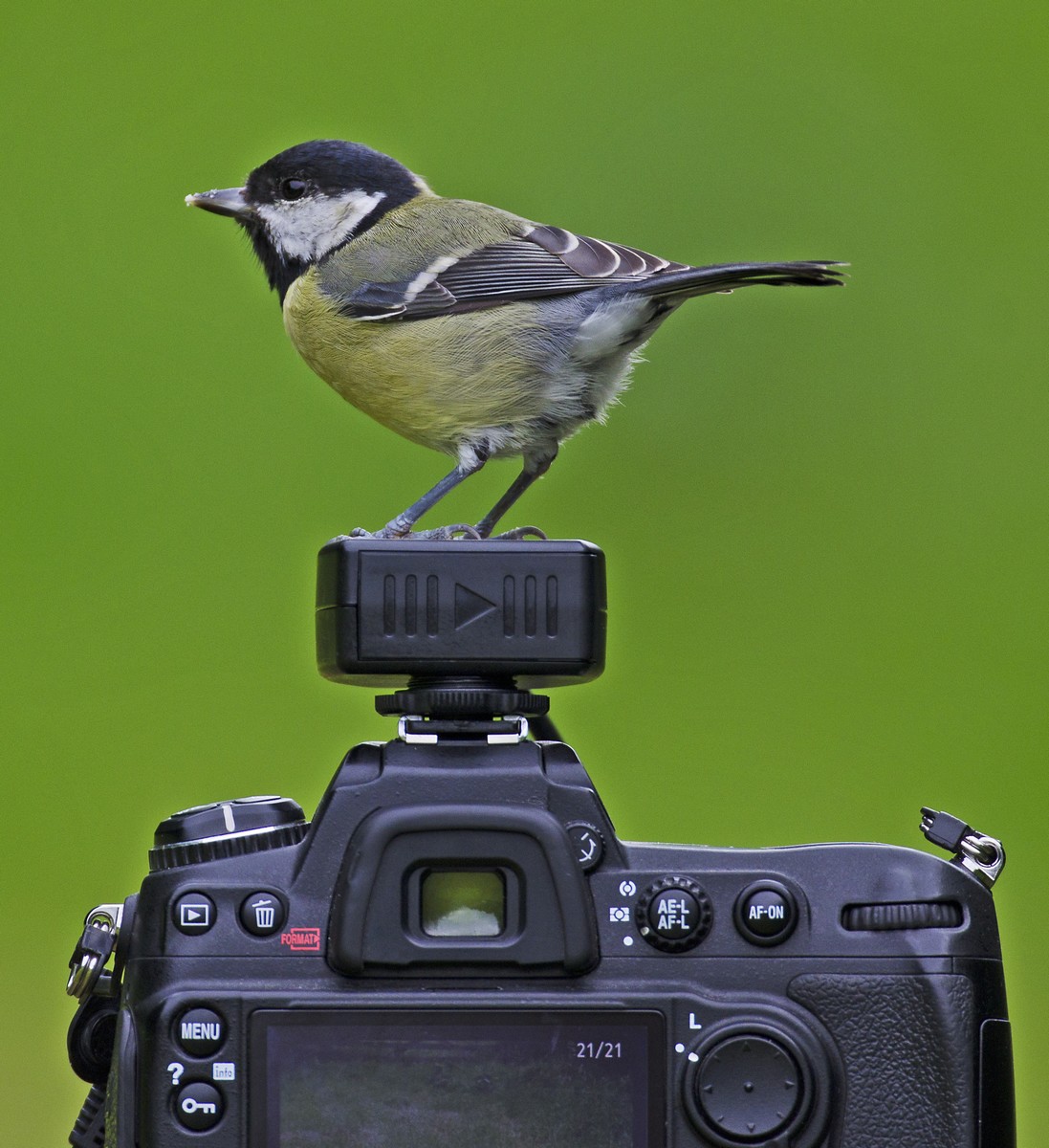 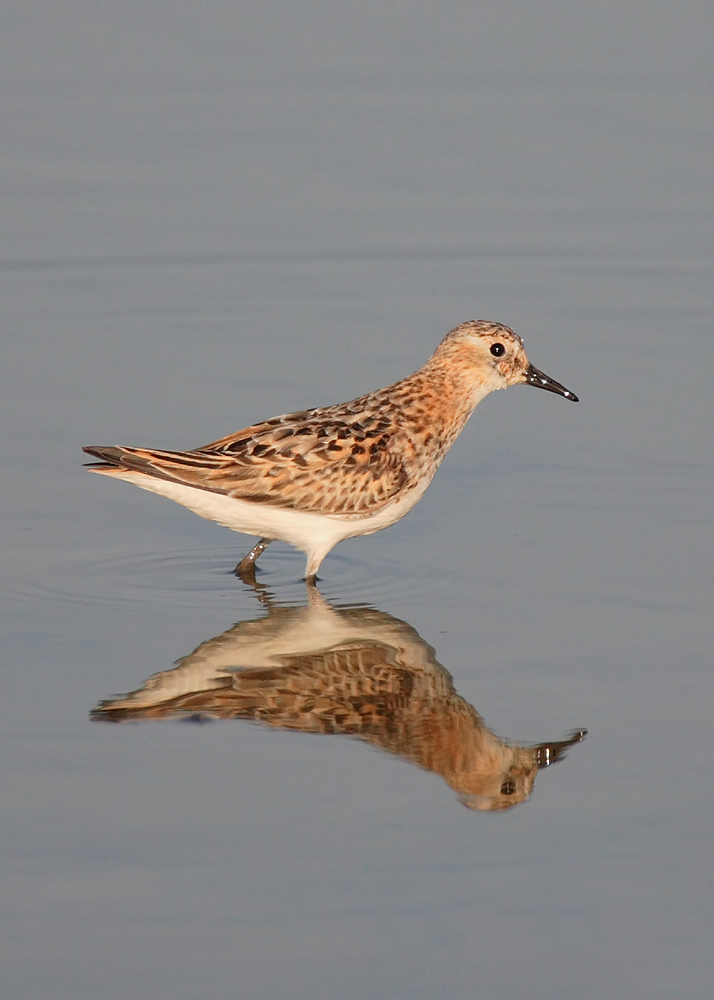 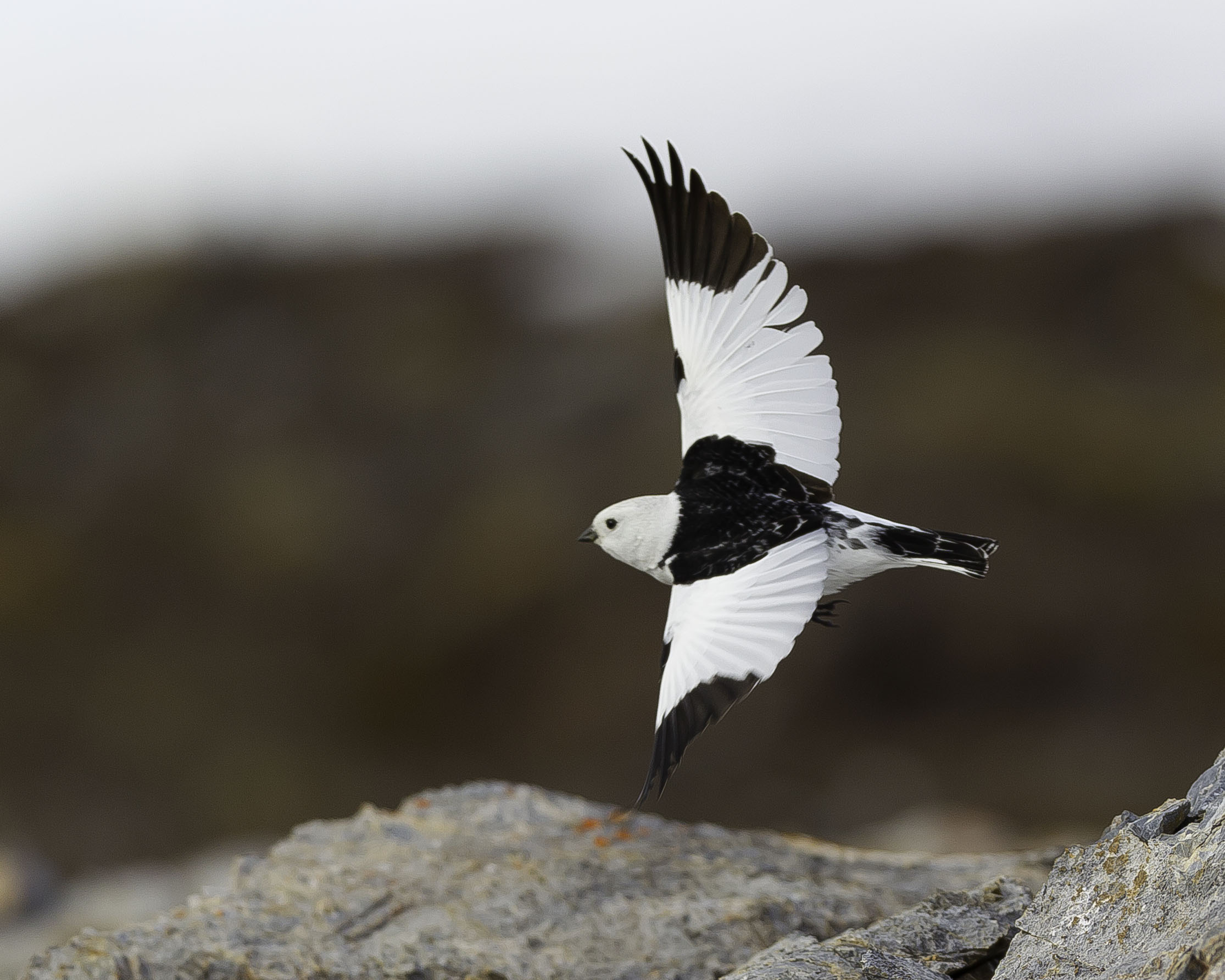 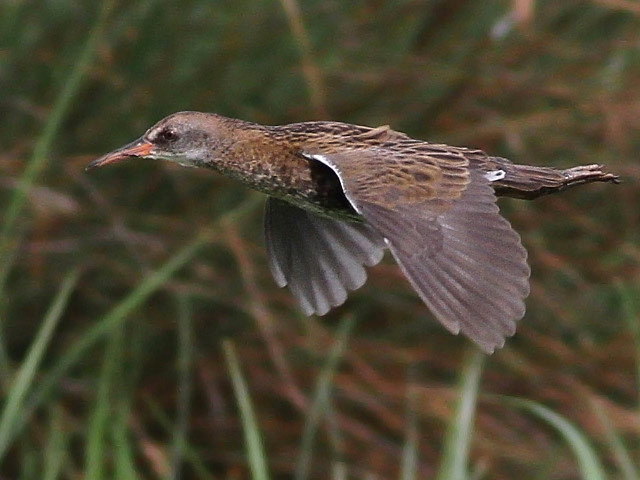