A Rosy Starling was shot in a garden in southern France because the homeowner was curious as to its identity and was becoming annoyed at the bird eating his cherries.

The unfortunate starling, an adult male, was one of three individuals observed in cherry trees at the property in Saint-Christol, on the north-eastern outskirts of Montpellier on 31 May.

The killer, who is an ecology student but also a hunter, told a local ornithologist that he intentionally shot the starling "to get a closer look, because I had never seen anything like it", adding "normally I identify what I'm shooting, but now he's eating my cherries". 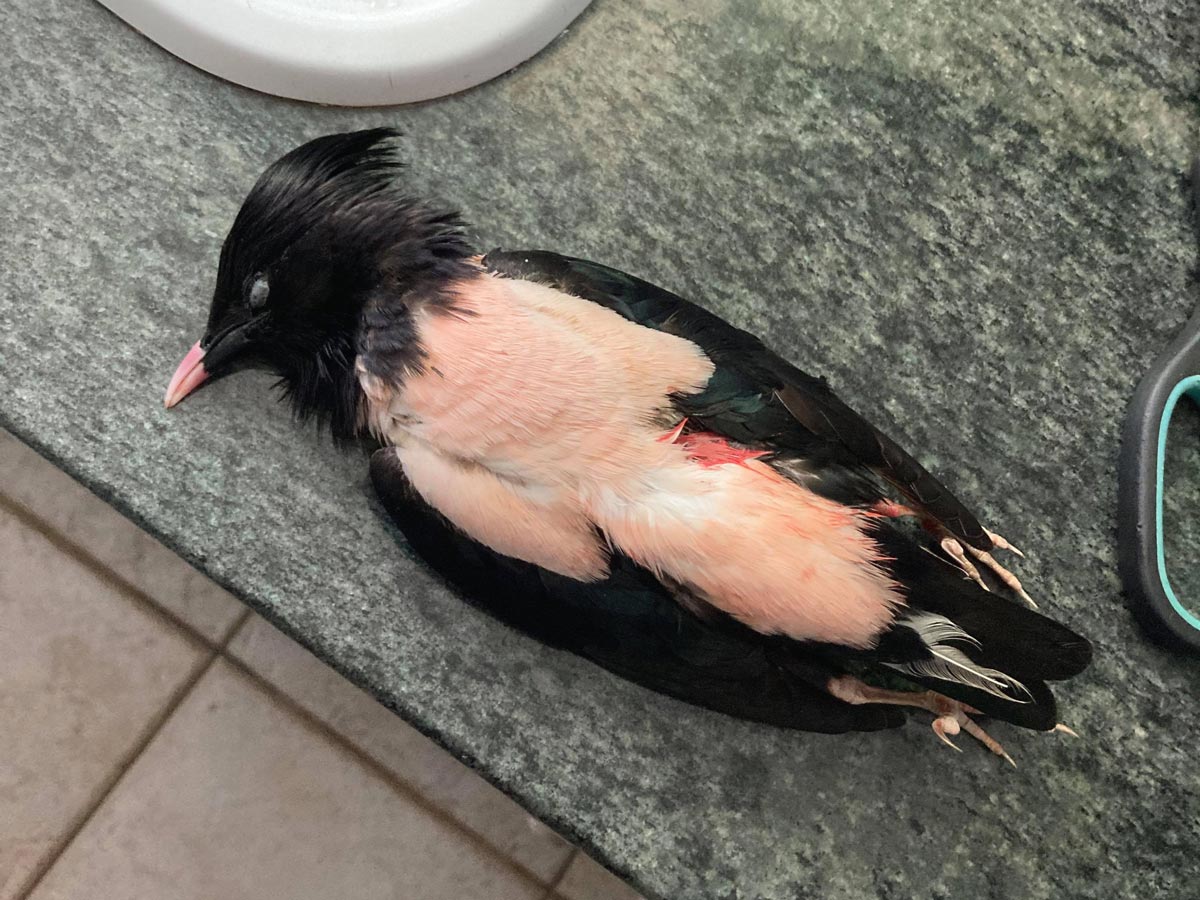 The Rosy Starling shot near Montpellier on 31 May was one of three feeding on cherries in the killer's garden (anonymous).

A huge Rosy Starling irruption is taking place in western Europe for the third time in four summers, with this year's arrival potentially set to eclipse those witnessed in 2018 and 2020. Last year, the species bred in France for the first time.

Large quantities of starlings are still arriving in southern France as of 4 June, with increasing numbers now being found on the French Atlantic coast. Meanwhile, small flocks of up to five birds continue to appear across Britain and Ireland.