Yet another flush of intense heat this week delivered not only hosepipe bans to many areas of southern England, but also a welcome smattering of Aquatic Warblers. The occurrence of this delightful Acrocephalus in any numbers in Britain typically relies on a period of south-easterly winds – weather rarely seen in recent Augusts. Arguably the most reliable site for the species in the 21st century is Lytchett Bay in Dorset, where ringers trapped an impressive three individuals over 12-13th. A short distance away, one was seen in the field at Abbotsbury Swannery on 14th, the same date one was trapped at Slapton Ley, Devon. Another was trapped at Newport Wetlands, Gwent, late on 13th.

With numbers in Britain having peaked at three figures in 1976, the recent paucity of the species in Britain has mirrored its overall population decline, and the taxon returned to BBRC description level in 2014. Although the majority in recent years have been found in ringers' nets, checks of coastal reedbeds and Juncus in southern areas are surely worth a gamble in the coming days, especially with current weather conditions looking favourable for more to be discovered … Another species that enjoyed a bumper week was Pied Flycatcher, with more than 250 reports of the species featuring on the BirdGuides news pages throughout the week. South-East England enjoyed the bulk of the action, with the species widespread in coastal areas between Dorset and Essex. This marks the third August out of the last four that has seen higher than usual numbers of this species. This week it was Ireland's turn to boast a national first, with a Scopoli's Shearwater photographed from a pelagic out of Baltimore, Co Cork, on 13th. Predominantly breeding in the Mediterranean, the taxon has a small offshoot population in the Bay of Biscay, meaning it actually breeds closer to Irish waters than the closely related Cory's Shearwater. Identification of this species pair is fraught with difficulty, with a more extensive white underwing in Scopoli's bleeding into p10 the only reliable feature. Definitively recorded on three occasions in Britain, this latest bird occurred approximately two years after Scotland's first, present in the Firth of Forth from 9-11 August 2020. Elsewhere off Co Cork, a three-day fishing trip produced no fewer than 49 Wilson's Storm Petrels alongside Great and Cory's Shearwaters. Pelagics off Scilly, meanwhile, managed to attract the long-staying adult Laughing Gull on two dates. Wilson's Storm Petrels were recorded on four trips, with another off Pendeen, Cornwall, on 14th. Away from the South-West, Cory's Shearwater reports were received from Flamborough Head, East Yorkshire, and south of Bressay, Shetland, with a notable Great Shearwater from a pelagic north-west of Shetland on 14th. Grey Phalaropes were documented from pelagics off Scilly and Co Cork. Inland, a surprise Long-tailed Skua was an excellent find over Brampton, South Yorkshire, on 9th, with others off Durham, Northumberland and Co Cork. 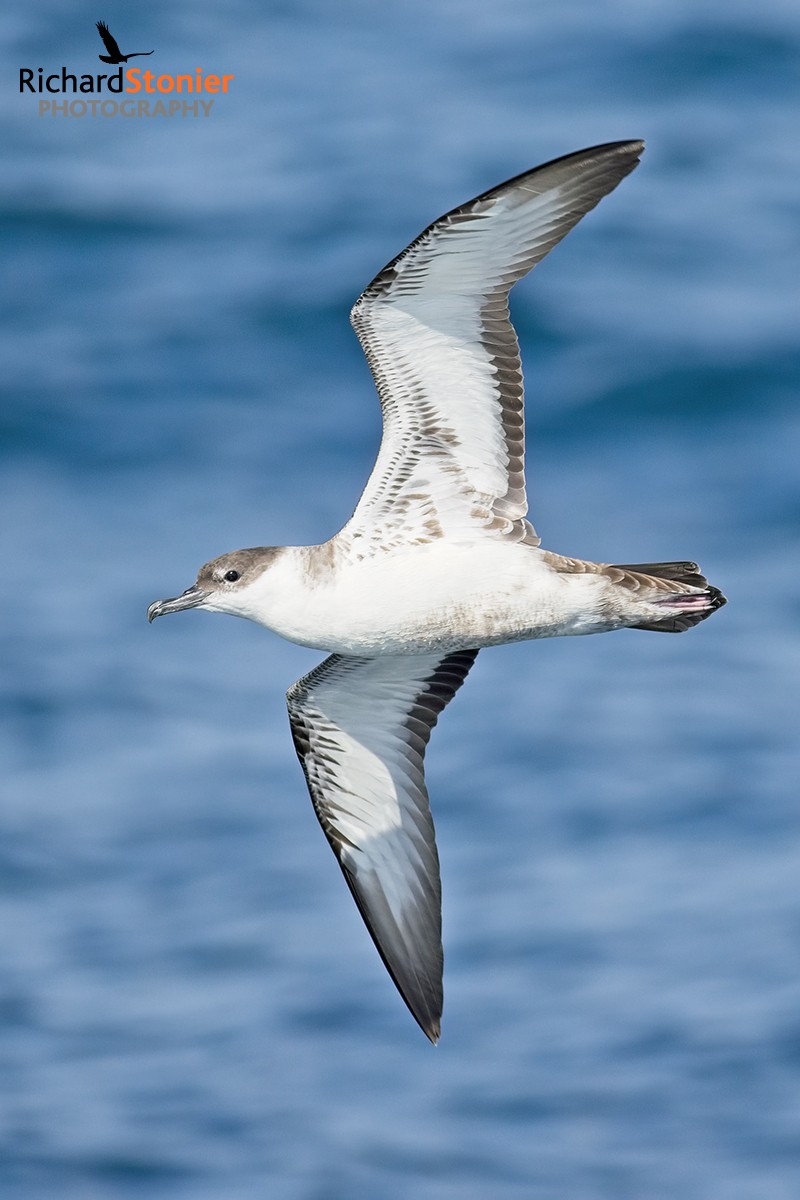 One of 2022's star attractions, the second-summer Cape Gull, continued to attract throngs of visitors to Grafham Water, Cambridgeshire, despite spending less and less time at the site as the week wore on before an eventual departure on 10th. With observer awareness of this Afrotropical larid now piqued, might it be relocated elsewhere in the coming weeks? Elsewhere, an adult Ring-billed Gull – presumably a returning bird – was at Aberlady Bay, Lothian, on 13th, with Bonaparte's Gulls remaining at both Oare Marshes, Kent, and Loch Spelve, Mull, Argyll.

The Elegant Tern moved a short distance across the county border to Aughinish Island, Co Clare, on 8th, while the Least Tern made an appearance at Baltray, Co Louth, on 13th. Not far away, the Forster's Tern remained at Soldier's Point, while on 14th, a Caspian Tern made for a surprise garden find as it flew low east over Sidestrand, Norfolk.

Nottinghamshire was the latest county to join in the Midlands Ferruginous Duck frenzy, with a juvenile at Holme Pierrepont on 12th. Remarkably, that makes four juveniles present concurrently in a small area of central England – others continued at Draycote Water, Warwickshire (two), and Daventry Reservoir, Northamptonshire. Elsewhere, the Ring-necked Duck at Valley Lakes RSPB, Anglesey, and Pied-billed Grebe at Loch Feorlin, Argyll, both held on for another week.

To the disappointment of several attempting the journey over the weekend, Shetland's drake Harlequin Duck bid adieu to Norwick, Unst, after 11th. On the Scottish mainland, the King Eider lingered at Musselburgh, Lothian, while the Black Scoter and Surf Scoter both continued at Blackdog, Aberdeenshire. Mid-August can often prove productive for Spotted Crake and so it proved this time around, with no fewer than six calling in at British wetlands during the week. Most popular was a showy individual at Slapton Ley, Devon, with others in the South-West at Nanjizal Valley, Cornwall, and on Tresco, Scilly. On the east coast, one was filmed with a camera trap at Newton Pool, Northumberland, while North Cave Wetlands and Blacktoft Sands RSPB, East Yorkshire, also hosted birds. On 11th, the wandering family of Black-winged Stilts dropped in at Doddington Pool, Cheshire, with four of the party lasting until the week's end. A probable Collared Pratincole flew south over Newquay Airport, Cornwall, on 12th, while a Eurasian Dotterel was sound-recorded over Chesterton, Cambridgeshire, the following day.

Frampton Marsh RSPB, Lincolnshire, bagged a new White-rumped Sandpiper from 12th, with others hanging on at Snettisham RSPB, Norfolk, Spurn, East Yorkshire, and Eyebrook Reservoir, Leicestershire. Pectoral Sandpipers were at five sites, with a Temminck's Stint at Sidlesham Ferry, West Sussex. Meanwhile, an adult American Golden Plover at Rosslare, Co Wexford, from 13th perhaps relates to one of the recent adults from nearby Tacumshin. The Lesser Yellowlegs was again reliable on Tresco, Scilly. 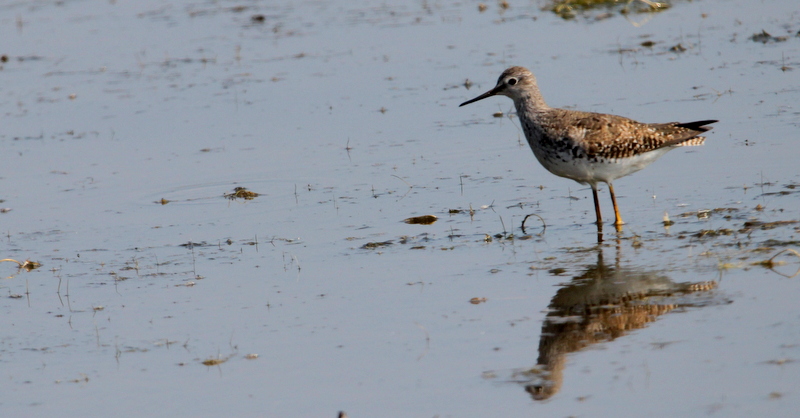 With Sunday marking three months to the day since its first appearance in The Netherlands, the Red-tailed Shrike at Bempton Cliffs RSPB, East Yorkshire, began to look rather dapper again as its moult progressed. Other items of interest saw Wryneck reported from Ober Heath, Hampshire, and St Mary's, Scilly, while Foula, Shetland, bagged a Greater Short-toed Lark on 13th. Fledging draws ever closer for the European Bee-eaters at Trimingham, Norfolk, with one chick spending much of its time peering out of one of the two active nests being attended to by up to six adults. Further afield, wanderers comprised four at Minsmere RSPB, Suffolk, three over Mablethorpe, Lincolnshire, and singles over both Tring, Hertfordshire, and Bedhampton, Hampshire. In Co Antrim, the presumed male Iberian Wagtail on Rathlin Island remained throughout. Four Rosy Starlings were noted – at St Buryan, Cornwall, Lerwick, Mainland Shetland, Renvyle, Co Galway, and Foxrock, Co Dublin. The popular Iberian Chiffchaff at Regent's Park, London, surpassed the 100-day mark for its summer stay this week. Elsewhere, a Melodious Warbler was on St Mary's, Scilly, and four Icterine Warblers were spread between Northumberland, East Yorkshire (two) and Cornwall. 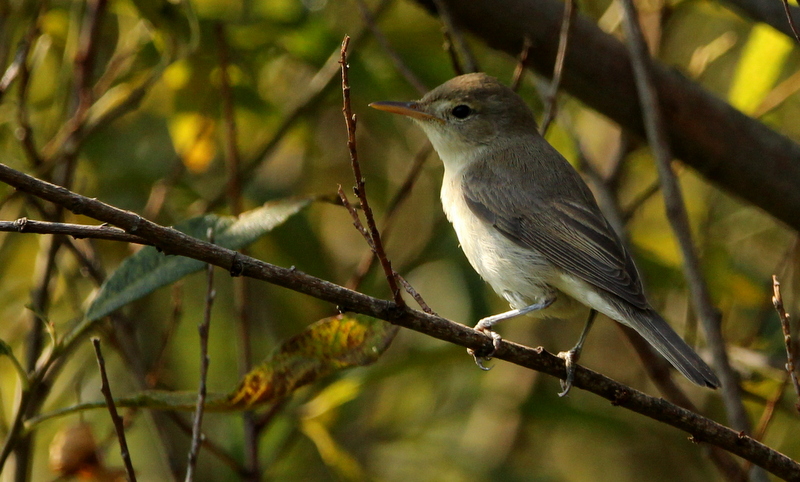 The Ceredigion Black Kite proved unpredictable, visiting the Red Kite feeding station at Bwlch Nant-yr-Arian again on 9th. Another spent two days on the outskirts of Dunbar, Lothian, on 8-9th, with others at Loch Caolisport, Argyll, and Drift Reservoir, Cornwall. Several extralimital European Honey Buzzards were recorded, including a female watched arriving in off the sea over Langdon Cliffs, Kent. In a quiet week for the region, a Steppe Eagle over Ghent on 9th was a notable Belgian record, while belated news concerned the country's third Oriental Turtle Dove singing at Wibrin on 22 July.

An Elegant Tern was again in the Camargue, with the Bridled Tern still on Île aux Moutons. Meanwhile, the Channel Islands got in on the Aquatic Warbler action with one trapped and ringed at St Ouen's Pond, Jersey, on 12th. Pico, Azores, hosted both a Snowy Egret and Semipalmated Plover, while two Brown Boobies were off São Miguel, The sixth Lanner Falcon for mainland Portugal was at Castro Verde on 7th. In Spain, a single Lesser Flamingo hung on at Laguna de Fuente de Piedra, with a Western Reef Heron again at Platja d'Aro and Elegant Terns at both Los Urrutias and Ebro Delta (two).

A Black-winged Kite at Vadu was a first for Romania, while an adult Sabine's Gull on the outskirts of Bucharest was just the country's second. In Georgia, the Laughing Gull lingered at Poti.