There are, I'm sure you'll agree, some givens in birding. 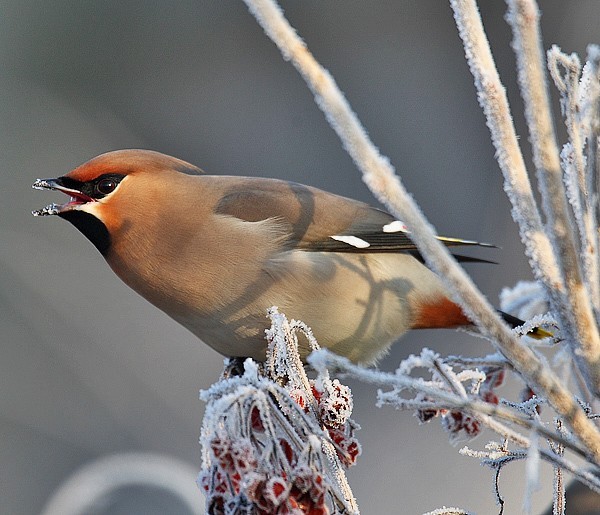 Even if you feel out-of-town superstores are responsible for the decline of Britain's high streets and the loss of scrubby local patches rich in warblers and finches, there's no doubt that retail car parks are the place to look for these denizens of the northern forests.

Waxwings are already planning their assault on out-of-town shopping centres, caring little about the credit crunch with their hit-and-run raids on the rowan trees that seem so popular with 'landscaping' consultants. From a single bird to flocks of dozens, they'll ransack the berry counter, ignored by most shoppers pushing their trolleys between car and store. And then they'll be on their way, working their way south and west in the run-up to Christmas, searching out the next feast, guided only by the stars, the golden arches and the orange glow of the next B&Q.

Aside from Golden-winged Warbler, whose sole British record comes from a supermarket car park in Maidstone, retail outlets must account for a greater proportion of Waxwing records than any other bird. Maybe it's that Waxwings look so different, are so noisy and so in-your-face that they are more likely to get noticed by non-birders. Perhaps supermarket car park puddles are popular places for American Buff-bellied Pipits too, it's just that no-one notices and there just aren't enough BirdGuides readers to check out all the acres of tarmac in the country. 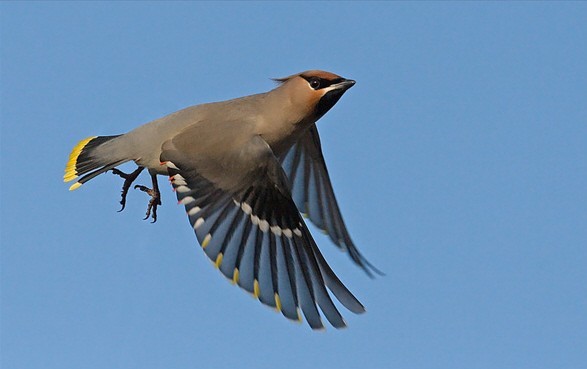 It's already looking like it will be a good winter for Waxwings, judging by reports received by BirdGuides. Up to 16th December 2008, 742 records of Waxwings had been received since two in Co. Durham in late September. The biggest counts came from Scotland during November, but smaller numbers have trickled through England and Wales during the last few weeks, making it as far as the Isles of Scilly. Even though we're not yet halfway through the winter, that's already more reports than any winter since 2004/05, which was the recent high-water mark with 1938 records.

So, while the country's financial commentators wait anxiously for the Christmas sales figures from the big retail outlets, let's look at how they're doing on a far more significant indicator to most birders.

Winter 2008/09 is looking like it will be a tough one for birdwatchers wanting to tick Waxwings while doing the family shop. Numbers in supermarket car parks are well below the average, with just 24 of the reports so far coming from retailers. Tesco and Morrisons are neck-and-neck, each with five stores hosting Waxwings so far, with Lidl in third place.

But looking across the Noughties, the picture is different. Winter 2005/06 was the best winter for supermarket Waxwing spotters, with more than 20% of all reports coming from store car parks, four times higher than average. You might expect, with more than 2000 stores, that Tesco would dominate the Waxwing charts, but you'd be wrong. Tesco was leading the way until 2004, when Morrisons bought Safeway and in so doing took the firm to top of the Waxwing index.

As an aside, it's a little known fact that Sir Ken Morrison, a keen birdwatcher, had his eye on the BirdGuides database before launching the £3 billion takeover. He realised that the expanded group could take on the bigger players and move to number one spot. It was a move that surprised the stock market at the time, leading to a renewed birding interest among brokers in London and New York. (Unfortunately, far too many subsequently invested in an Icelandic Gull enterprise, with disastrous consequences for pension funds across the UK.) 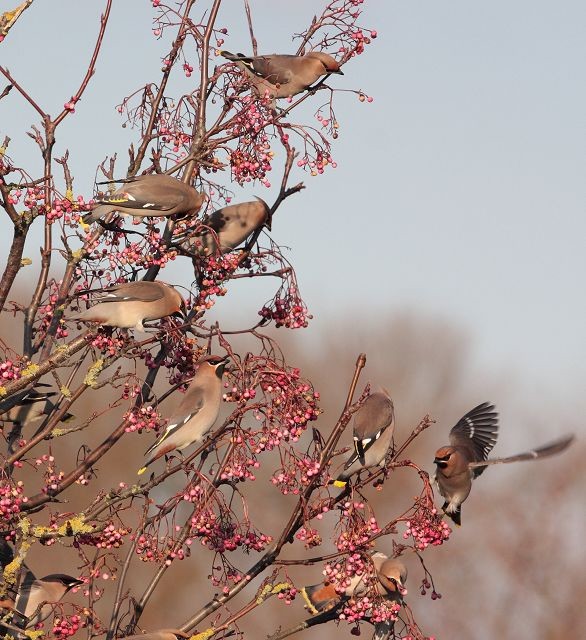 Fresh choice for you

So, while Morrisons may only be the fourth-largest supermarket measured by turnover, the addition of 16 Safeway stores hosting Waxwings has taken them to the top of this leader board. Waxwings have featured in 47 of the 375 Morrison car parks since 2000: at one in eight of their total, a far higher proportion than any other store.

Asda lies in third place, with Waxwings seen in 26 of their 356 car parks, though since the 1999 buy-out by US giant Walmart, it's surprising that a Cedar Waxwing hasn't been found among their more Bohemian brethren. However, the acquisition of Somerfield by the Co-operative Group will hurtle the new supermarket chain into third place, with Waxwings occurring at 33 of their stores since 2000/01.

With supermarkets dominating the top half of the table, it's left to a fast-food conglomerate, a DIY store and a suite of discount and convenience stores to make up the rest of the top 10. The whole table extends to 38 stores, with — sadly, rather aptly — Woolworths propping up the bottom of the table, courtesy of a single waxwing outside the Henley-on-Thames store in 2005.

Some car parks are serial hosts to Waxwings. Asda in Handsworth, Sainbury's in Hessle and Morrisons in Hunslet and Arbroath have each held birds in four of the last nine winters, as has the Copdock Interchange Retail Park in Suffolk. If they've got good berry crops this year, they'd be top tips for places to look.

Most flocks are, of course, just a handful of birds, but occasionally you get lucky and find trees that are almost dripping in Waxwings. I remember an impressive flock of at least 400 in a single tree in Nottingham in 1996 (among which was a Cedar Waxwing). The largest flock counted on the BirdGuides database contained 300 birds near Northrepps Church, Norfolk, on 2nd November 2001, but 'hundreds' in the Costcutter car park and surrounding gardens in Kemnay, Aberdeenshire, on 30th October 2004 was a good tally for someone who'd just popped out for some milk.

So, what does all this tell us? That you can play around with statistics and produce a load of tosh? That Burger King scores a big fat zero on the Waxwing count? Or maybe it tells us that our national addiction to shopping could benefit birds just a little bit more if developers spent just a little more thought and money planting more wildlife-friendly areas around their stores? Or maybe that memorable photo of thousands of birders in Maidstone in 1989 has put them off? 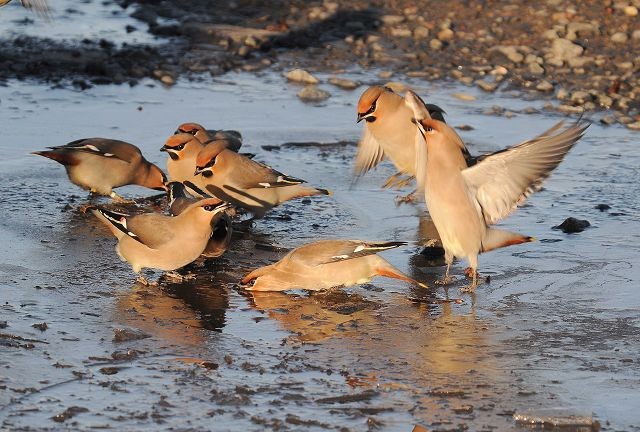 PS. If Morrisons want to make anything of their place at the top of the table, I'll be suggesting a donation to the RSPB's Homes for Wildlife project.