A Steller's Sea Eagle seen in recent days in New Brunswick and Quebec, Canada, has been identified as the same bird as that observed in Alaska in August 2020.

Showing a distinctive white spot in the primaries on the left wing, as well as other similarities in the white feathers of the upperwing coverts, photos appear to prove beyond reasonable doubt that the two sightings relate to the same wandering eagle.

This remarkable relocation, a straight-line distance of 4,950 km to the east, shows just how far vagrants of the world's heaviest eagle can potentially move.

It represents the first record for north-eastern North America of this East Asian species, which has been observed in the New World on only a handful of previous occasions. Almost all previous North American records have come from Alaska. 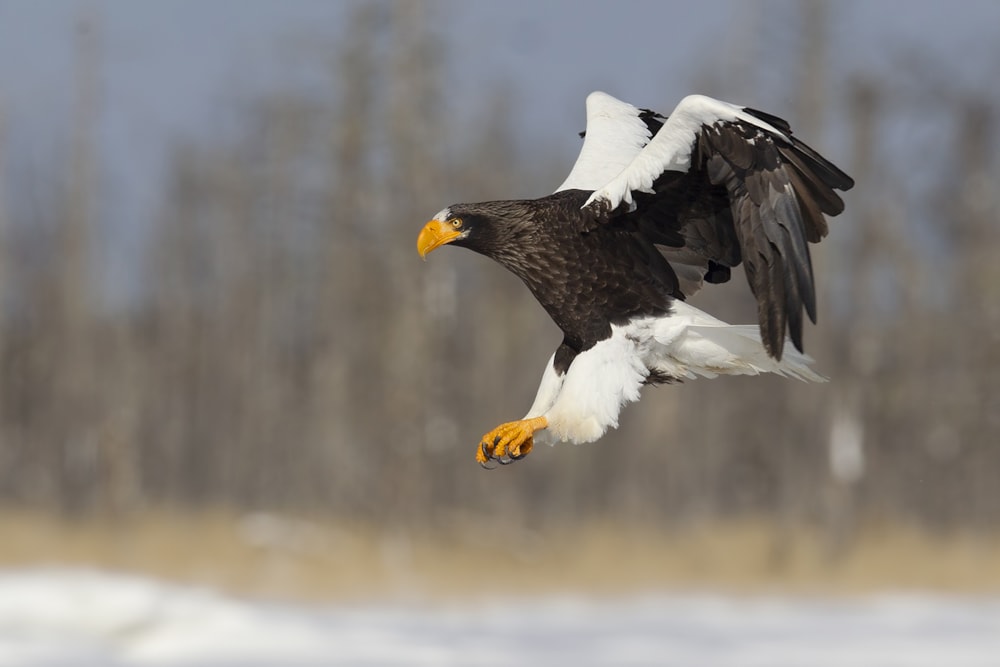 Intriguingly, a third sighting of an adult Steller's Sea Eagle in Goliad County, Texas, in March 2021 is considered likely to have involved the same individual, given the species's rarity in captivity and its overall status as an extremely rare vagrant to North America. This would mean that, if confirmed, this individual has clocked up more than 8,750 km in the past 11 months, although photos from Texas only show the bird perched and therefore the wing pattern cannot be judged.

Steller's Sea Eagles have traditionally been branded as escapes when seen in Europe due to the lack of previous confirmed records of wild birds and any definitive track record of long-distance vagrancy. An adult spent more than two years in south-west Finland between April 1991 and August 1993, while more recent examples of unringed birds were observed in Poland in 2014 and 2018.

With further sightings in Sweden and Denmark in the past decade, it might well be that some European records need re-reviewing – and the wanderings of this latest North American bird help to cast a new light on any future European occurrences that may previously have been quickly dismissed as escapes.