Robins seeking winter sun to perish this Christmas on Cyprus

As Robin images adorn Christmas cards and decorations in UK homes, BirdLife Cyprus — the RSPB's partner organisation — warns that many Robins, and other birds, will be killed on the island this winter by illegal bird trappers. 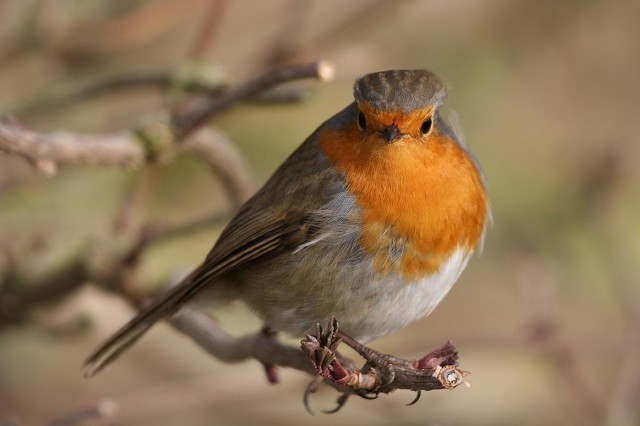 Robin recovered from a net in the Dhekelia British Base (photo: BirdLife Cyprus (rspb-images.com)

BirdLife Cyprus's Martin Hellicar said: "At this time of year, Robins and other birds such as Song Thrushes escape harsh conditions further north in Europe and travel to the island for the winter." He added: "Sadly many of these birds will be travelling to their deaths, particularly in the trapping hotbeds of Famagusta, Larnaca and the British Sovereign Base Area of Dhekalia."

Robins and other songbirds are targeted by the trappers to provide a Cypriot delicacy — ambelopoulia — for local restaurants. Serving this delicacy is illegal, but evidence from BirdLife Cyprus suggests that the law is being widely flouted as restaurants feel able to serve the dish openly to local customers. 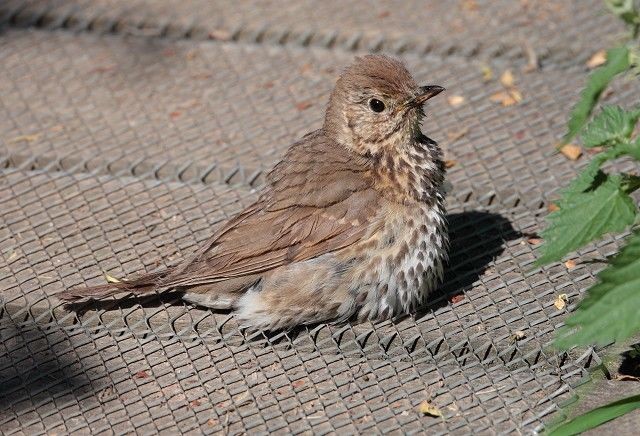 Tim Stowe is the RSPB's international director. He said: "The illegal killing of songbirds has no place in a modern Europe and this increasing slaughter is placing increasing pressure on bird populations, many of which are already declining for other reasons. We remain concerned that many threatened species are also slain and we are working with BirdLife Cyprus to bring this barbaric practice to an end."

If the winter trapping season follows the pattern of this autumn, then it is likely to be worse than recent years. The birds are either trapped in nets or caught on 'traditional' lime-sticks, where trappers coat sticks in 'lime', a concoction made from locally occurring fruits.

A study by BirdLife Cyprus revealed that this autumn was a disastrous season for bird trapping, with net use up by over one third compared to the autumn of 2008; lime-stick use is also on the rise. The study estimates that 700,000 birds were trapped this autumn in the area monitored by BirdLife Cyprus fieldworkers. The organisation believes that the total number of birds trapped in Cyprus in autumn may exceed one million birds.

On the eve of 2010, the International Year of Biodiversity, the latest findings from BirdLife's ongoing field monitoring show that Cyprus is now seriously losing ground in the battle against bird trapping, an illegal and indiscriminate practice that threatens many bird species of conservation concern, and migrants especially.

"It is well documented that migrant birds are already being hit hard by the combined effects of climate change and habitat loss, degradation and fragmentation. The growing illegal trapping is an added pressure this precious portion of biodiversity can ill afford to bear," said BirdLife Cyprus' Campaigns Manager Martin Hellicar.

Netting levels were particularly high in the Dhekelia British Base (SBA) area, notably on the Pyla Range, a British Army exercise area. "For such a trapping free-for-all to be going on in an area supposedly controlled by the British authorities is unbelievable and unacceptable! The combined SBA Police and British Army sweep operation in this area in October was a welcome first step in tackling what is effectively industrial-level trapping on the range, but this decisive action needs to be repeated till this persistent problem is dealt with once and for all," added the RSPB's Tim Stowe.

BirdLife Cyprus has been monitoring illegal bird trapping for eight years now, in close co-operation with the relevant enforcement bodies and with the active support of the RSPB. While the problem has been significantly reduced since the 1990s, trappers have been making a definite comeback over the past three years.

Evidence from the September and October field surveys highlights a rise in trapping activity this autumn — an alarming one in the case of mist netting. "Hundreds of thousands of birds will have fallen prey to trappers in autumn of 2009 — an unacceptable toll," Hellicar added.

According to BirdLife Cyprus information, lime-stick use also increased in autumn 2009. In one striking instance, a villager with almost 1,000 lime-sticks in his backyard "factory" was arrested and charged following a BirdLife tip-off. The same man was back making glue sticks in his garden two days after his arrest!

In keeping with the pattern of recent years, there was widespread evidence of many restaurants serving illegal bird delicacies. BirdLife received no reports of effective enforcement action against these law-breaking establishments, which provide the main financial incentive for trapping.

The RSPB is supporting BirdLife Cyprus' call for urgent top-level political pressure to clamp down finally on offending restaurants and bolster the enforcement bodies — the Game Fund, Cyprus Police anti-trapping unit and the Sovereign Base Area police — tasked with tackling increasingly organised and often dangerous trappers.