Well, what a year that was! The Jubilee, the Olympics, the Paralympics, Bradley Wiggins and the Tour de France, Andy Murray finally actually winning something and a Royal baby. We may still be peering over a fiscal cliff, but at least there's something to smile about. On the bird front there was the Eastern Kingbird, the leaf warbler, and Hartlepool reprised the previous year's ladder-related games with a Western Orphean Warbler.

Stephen Menzie, producer, said: "2012 has seen further developments with our digital products; we've transformed one of our most popular book titles — Birding Dordogne — into an iBook for iPad. We've also released a fantastic new book — Birding Western Ireland — as an iBook, perfect if you're heading across to the Emerald Isle for some winter gull-watching or some Nearctic duck-hunting. The best thing, though — and an absolute joy to work on — was still a physical product; our Video Guide to the Butterflies of Britain & Ireland."

"Out of the office, it's been an equally busy year. I spent the spring and autumn season ringing at Falsterbo in southern Sweden. Migration was spectacular and, over the course of the year, we ringed close to 39,000 birds (a record-breaking total) with a mind-blowing four million individual birds recorded migrating over the peninsula. The most prominent species ringed — representing almost half of the 39,000 total, in fact — were Blue Tits." 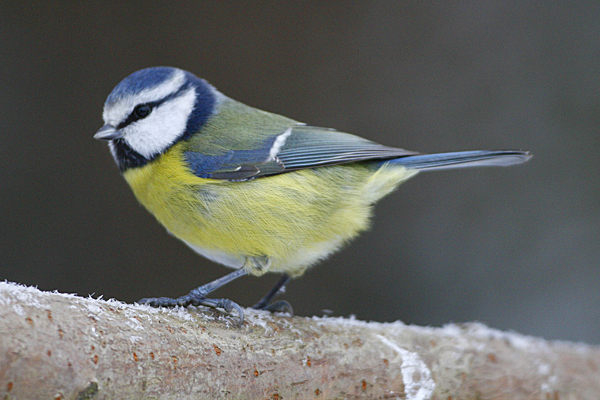 Webmaster Dave Dunford has had another busy year at the keyboard. This year's more visible website projects included enhancing our species pages to incorporate illustrations from BWP and information from our database of BBRC and IRBC reports, relaunched as ORB in June. An 18-month project that (among other things) reorganised the way we deal internally with taxonomic data had its first palpable outcome when we revealed our new Iris galleries covering insects and other invertebrates in late August. Smaller projects included the addition of postcodes to site pages, and many tweaks and fixes besides, a lot of them behind the scenes. During the year, Dave also survived the trauma of a major hard disk crash and the now near-annual server move. The highlight of his birding year was the addition of Nutcracker, Grey-headed Woodpecker and Alpine Chough to his lifelist during a holiday in Bavaria.

Josh Jones, news manager, has enjoyed his first full year in charge of the news team. "2012 may not have been the most exceptional year for rare birds across our isles, but there have been plenty of highlights along the way. From the winter storms of early January that brought us record-breaking numbers of Iceland Gulls to the incredible Waxwing invasion of the past few weeks, it's certainly been a year to keep our news team busy. For their sterling efforts and hard work in 2012, I'd like to thank the news operatives for their continued contributions to our efforts to develop Bird News Extra into the sophisticated and dependable service that it has become. Thanks also to our news providers and our customers — without you, we wouldn't be able to run the service we do!"

"Away from the news, it's been another great year. As well as becoming a published author, birding highlights included that magical first morning at the Herefordshire Cream-coloured Courser back in May and the Galway Belted Kingfisher giving us the runaround in the rugged mountains of Connemara, while fantastic foreign trips to Egypt and Morocco were eclipsed by two weeks on Corvo in October — Golden-winged Warbler and self-found Northern Parula being just two of the many top birds!" 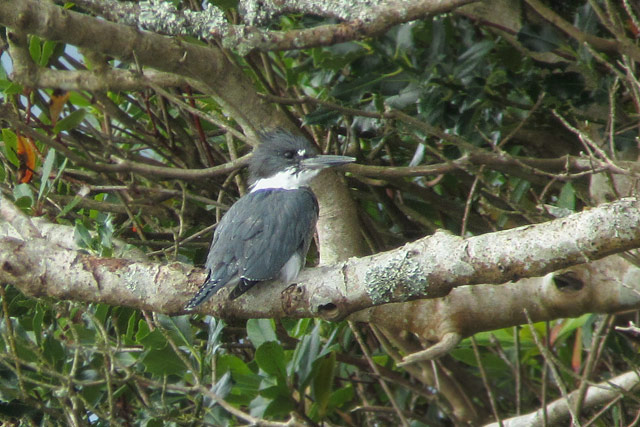 Our technical director John Cromie said: "When we first started accepting photo uploads in 2001 we never dreamt that, 12 years on, our servers would be heaving under the weight of over a quarter of a million of your best photographs covering nearly half of the world's bird species. And remember: each one of these photos has been verified for identification accuracy. Assuming an average of 5 seconds for validation per photo — and it often takes a lot longer — that represents around 350 solid hours' worth of effort on the part of the dedicated BirdGuides photo approvals team!"

Max Whitby, chairman of the company, adds: "I shall remember 2012 as the year when we finally managed to complete our project to film every bumblebee species in Britain. The ever-tricky Bombus soroeensis was the last one to be captured. We are aiming to publish our first bumblebee field guide app in the spring."

Merry Christmas and best wishes for 2013

May we take this opportunity to say Merry Christmas to each of you; we wish you all an enjoyable break and hope that you manage to squeeze in some birding. As usual our bird news will continue to be updated throughout the holiday season thanks to our dedicated operators.

As the year closes we'll be arranging the final flourish — the Photo of the Year competition. I leave you with our Christmas video.

Our offices will close at 5 pm on Friday 21st December, reopening on Wednesday 2nd January 2013. Any technical queries should be emailed to support@birdguides.com. You can continue to shop online at www.birdguides.com/estore. Orders for online products will be fulfilled automatically; orders for shippable products will be dispatched in the New Year. Our apps are available at any time on the iTunes app store.