Norfolk's first Brünnich's Guillemot has perished hours after washing up on a sandbank at Wells-next-the-Sea.

Expertly picked up off Holkham Beach by local birder Marcus Nash, the alcid drifted east into the harbour mouth at Wells-next-the-Sea around high tide, beaching on a sandbank early afternoon as the tide dropped. Looking increasingly moribund as time wore on, it unfortunately died there mid-afternoon. 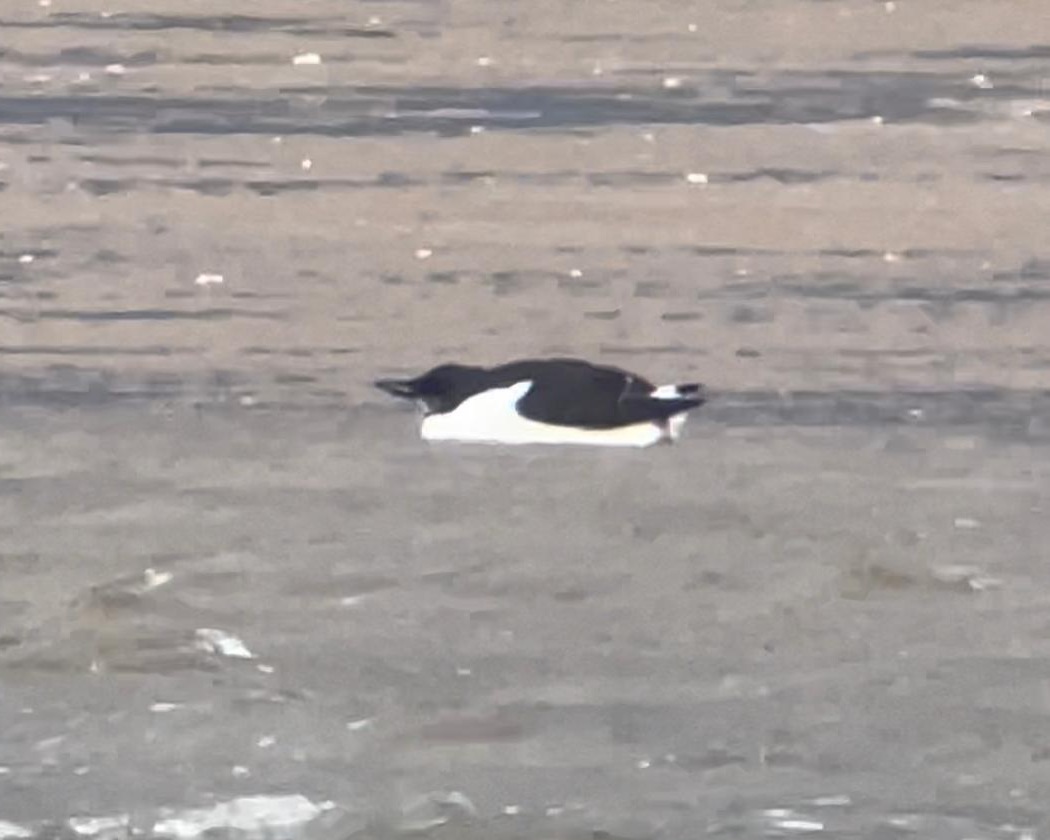 The Brünnich's Guillemot pictured at the entrance to Wells-next-the-Sea harbour this afternoon (Nathaniel Dargue).

The arrival and subsequent death of the bird comes ahead of a spell of strong northerlies from the Arctic, and during an autumn in which an auk wreck is ongoing in the North Sea, as covered here and here. A small influx of the species has already occured in Sweden in recent days.

Although there are an impressive 48 accepted British records, most of these refer to brief fly-pasts for lucky seawatchers, and it can prove a tricky species to catch up with – twitchable on just five occasions since 2000, including this afternoon. Most notable of these was an incredibly popular individual at Portland Harbour, Dorset, from 19-31 December 2013, with the other four hailing from Scotland – at Bressay, Shetland, in 2005, and Anstruther, Fife, and Scapa Flow, Orkney, in 2016.

It is somewhat surprising that this represents the first county record given Norfolk's illustrious birding history, large number of observers and its lengthy North Sea coastline. Birds reported off Cley Coastguards on 12 November 2007 and 4 December 2009 were both found Not Proven by the BBRC.