RSPB Scotland has spoken out about the danger of plastic bags to Scotland's wildlife after a visitor to the Western Isles photographed a Red-throated Diver with a plastic bag in its beak. The bird was seen on a loch in a remote part of North Uist.

Jamie Boyle, site manager of the RSPB's Uist reserves, said "We urge people to take great care in the way they dispose of plastic bags or, indeed, any other rubbish, particularly balloons and Chinese lanterns. They pose a direct threat to our wildlife and it is depressing to think that plastic bags are even reaching remote lochans in a place like North Uist. Marine birds such as Red-throated Divers are particularly at risk both at sea and on their breeding grounds where they can mistake the bags for fish or mistakenly use them for nesting material. If a bag becomes entangled on their legs or heads it can prove fatal." 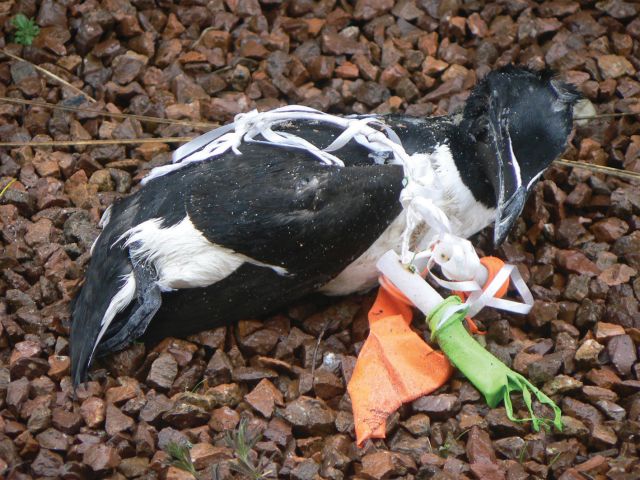 The problems associated with not only rubbish but items such as balloons and Chinese lanterns have been well documented in recent years, including in Andy Mabbett's article on the BirdGuides webzine back in November 2008. Problems posed range from entanglement on contact through to ingestion. A high-profile case involved a Barn Owl caught in a Chinese lantern.