This summer, for the first time since 2015, Hen Harriers nested in the Forest of Bowland, Lancs. The RSPB's project team worked round the clock to monitor three nests, with those eventually fledging a total of 13 chicks between them. Thor, a young male Hen Harrier, was one of these birds.

As part of the RSPB's EU-funded Hen Harrier LIFE project, all 13 young harriers were fitted with satellite tags so that their progress could be monitored. Thor came from a nest of four chicks and his tag was fitted in mid-June. After leaving the nest, he remained in the vicinity until early October.

However, on 3 October, Thor's tag suddenly and inexplicably stopped transmitting. His last known fix that day showed he was over Goodber Common near Salter, Lancs, adjacent to a managed driven grouse moor. This disappearance was reported to the police, but a search revealed no sign of Thor or his tag. 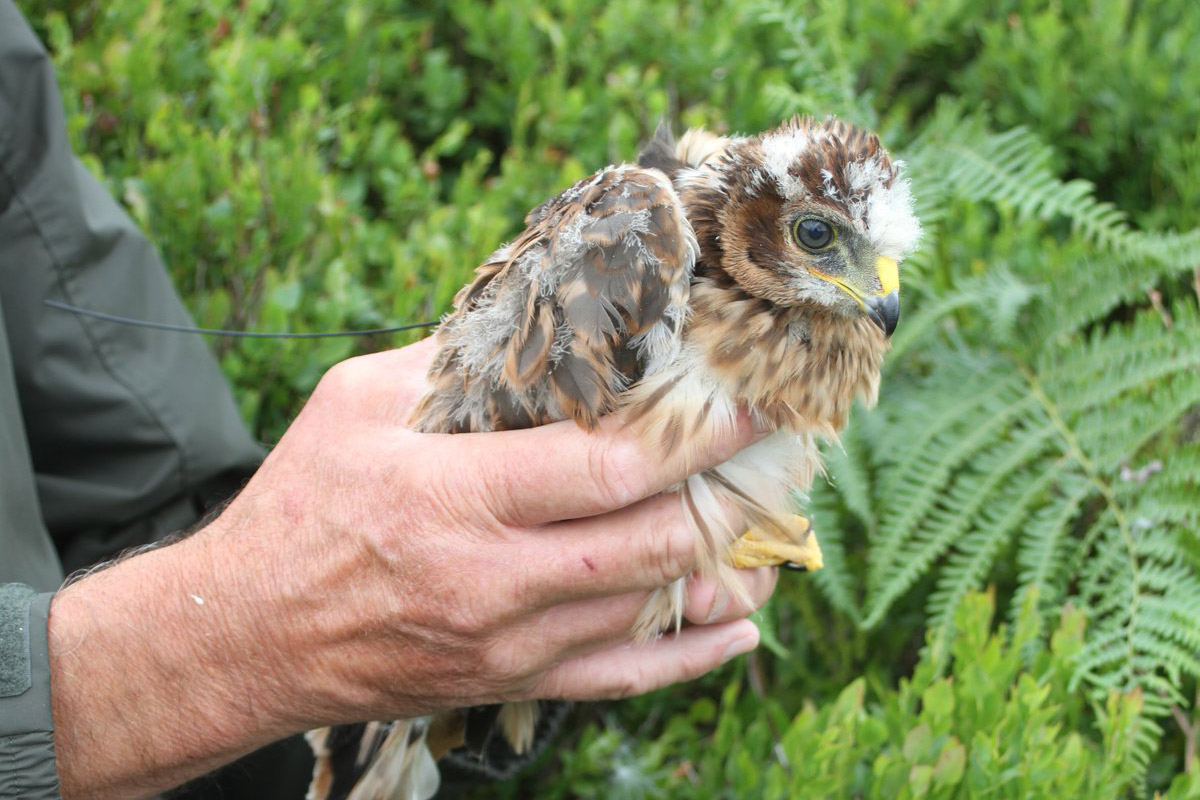 Thor the Hen Harrier having his satellite tag fitted as a young chick (RSPB).

Thor is the fourth bird to disappear in the past two months, following the disappearances of Hilma, Octavia and Heulwen in August this year. Alarmingly, the last known fix for Thor is directly between the sites where satellite-tagged Hen Harriers Hope and Sky were last heard from before they disappeared back in 2014.

James Bray, RSPB's Bowland Project Officer, was involved in monitoring the nests in Bowland over the summer, and watched as Thor hatched, grew and fledged from the nest. He commented: "While we know that Hen Harrier mortality rates are high for young birds – with a survival rate of around 22 per cent within the first two years – if Thor had died naturally we would have expected to find some sign of him or his tag. His tag was functioning well before he disappeared, which sadly suggests there has been some kind of interference with it."

If anyone has any information as to what may have become of Thor, you can contact Lancashire Police on 101.