Hen Harrier has bred in Forest of Bowland, Lancashire, for the first time since 2015.

RSPB wardens discovered two Hen Harrier nests on the United Utilities Bowland Estate in early spring and have been monitoring them closely ever since. The nests were visited recently by the wardens under licence, who were delighted to find four healthy chicks in each of them. A single male harrier has fathered young at both nests and is now regularly taking food to each.

The good news makes a welcome change to the procession of reports of satellite-tagged Hen Harriers either killed or disappearing in unexplained circumstances. 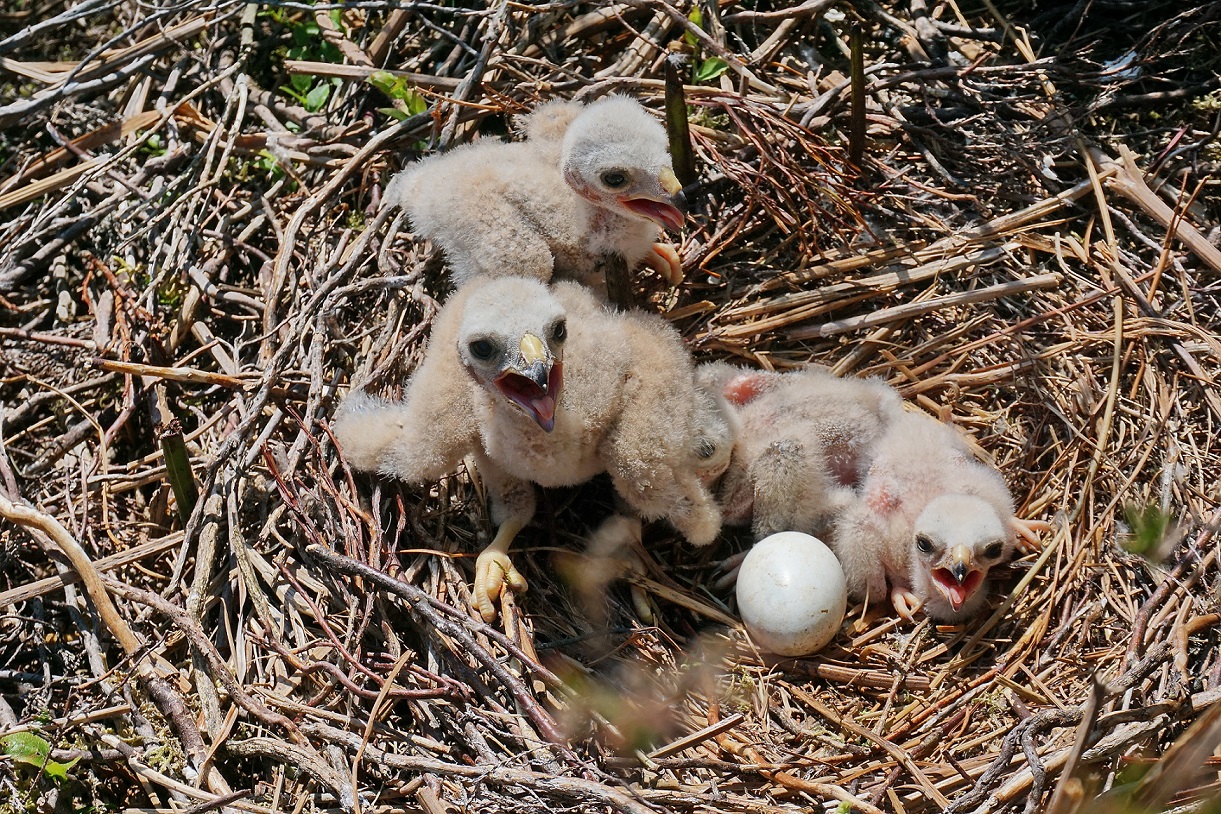 One of this year's Hen Harrier nests in the Forest of Bowland, Lancashire (M Demain).

Hen Harrier remains on the verge of extinction as a breeding bird in England owing to the continuous illegal persecution of the species associated with driven grouse shooting. Although experts estimate there is sufficient habitat for at least 300 pairs across northern England, last year there were only three successful nests in the whole country. Bowland used to be known as England's last remaining stronghold for breeding Hen Harriers, but both 2016 and 2017 proved blank years after just a single chick fledged in 2015.

James Bray, the RSPB's Bowland Project Officer, said: "It is fantastic news that Hen Harriers are breeding once again on the United Utilities Bowland Estate after two barren years. It's an incredibly nerve-wracking time for all involved in protecting these birds, especially for the team that have been constantly monitoring the birds since they arrived on the estate in April. The male Hen Harrier is doing a fantastic job of keeping the chicks in both nests well fed and we're doing all that we can to ensure that they fledge safely."

County Councillor Albert Atkinson, Chairman for the Forest of Bowland AONB Joint Advisory Committee, said: "It is very heartening to hear that Hen Harriers are once again back in the Forest of Bowland and nesting on United Utilities estate. As a Partnership, we are working hard to ensure this iconic bird of Bowland has the best chance of re-establishing as a breeding species in the area."

For more information on Hen Harriers, including the progress of the Bowland nests, please visit the RSPB Skydancer blog.