After the sunniest spring on record and a busy May in many garden traps, travel restrictions are now easing and, so, here are some ways of seeing a different range of moths by taking advantage of visiting new habitats for day-flying species.

Many local and national nature reserves are now open, so wildflower meadows, woodland glades and rides, heathland, moorland, quarries and sea cliffs can be explored. Larger species, such as burnets, carpets, foresters, longhorns and plumes, can be expected as they feed on nectar-rich flowers such as Field Scabious, knapweed, saxifrages and thistles. Chalk and limestone grassland are particularly productive in the mid-summer months. Visit from late morning onwards in warm sunny weather for best results. See here for help with species identification and field tips. 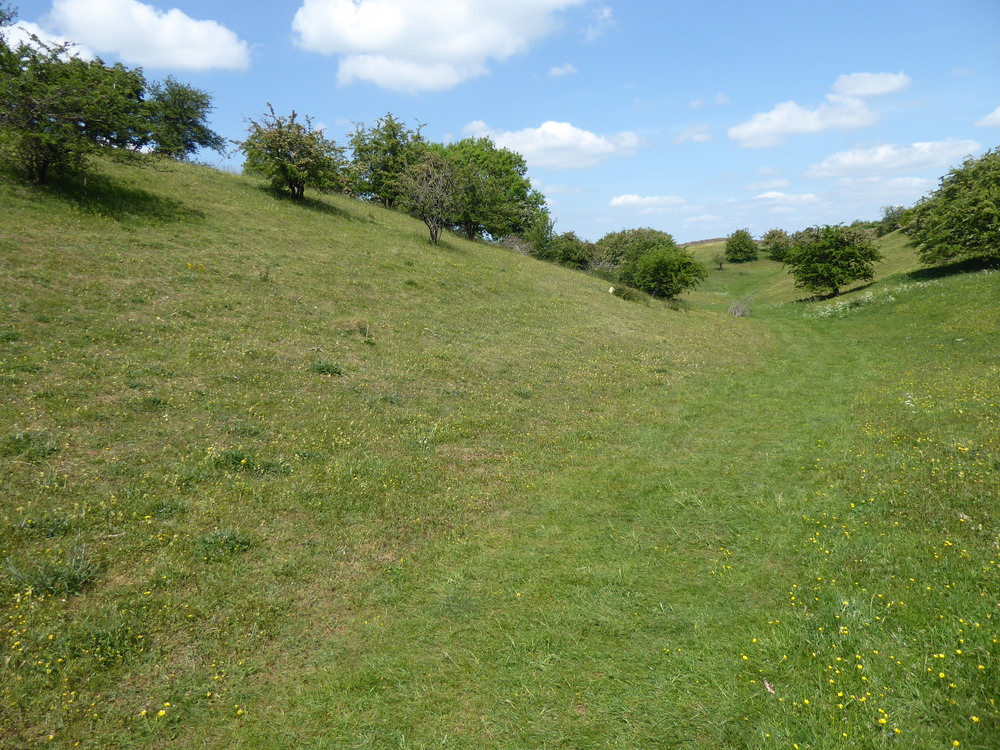 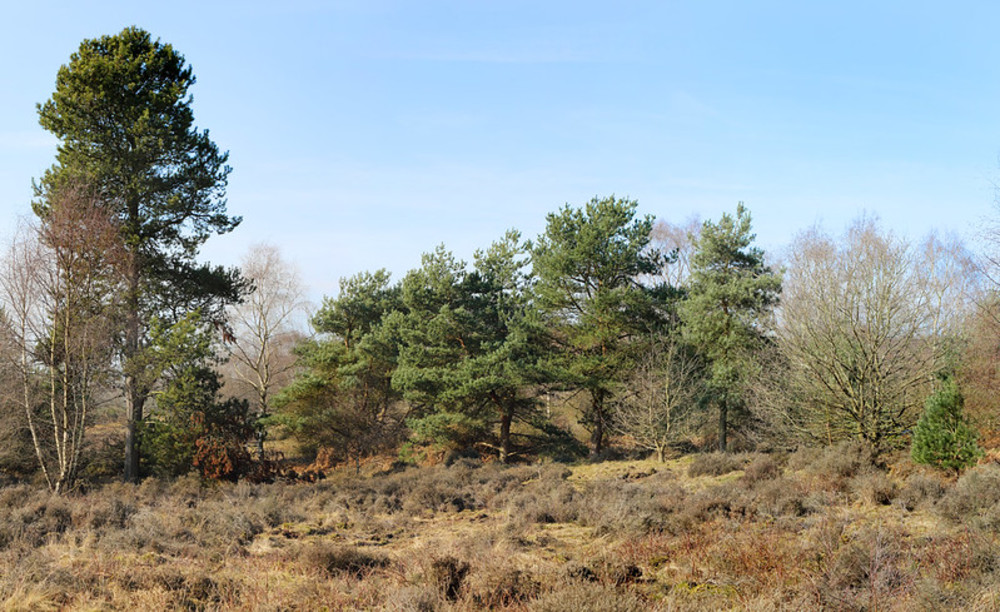 Eyes and a camera are the basic tools needed for day-flying moths, but to see many more smaller species a net is essential. I use a standard white 'Kite' net bag, with metal frame and extended handle, available here. Small micro-moths are much easier to see and extract off a white background, though you need to be extremely careful when potting any Lepidoptera from nets as they are very delicate.

Netting them is not quite as easy as it may first seem. It is good to practice by catching common species, such as grass-veneers, before attempting to secure tiny things like Micropterix. You can try a light sweeping action in vegetation below waist height during the daytime; in late afternoon and evening opportune targeting of fluttering movements above and adjacent to hedgerows can produce some great tortrixes, but requires patience and a high level of skill. 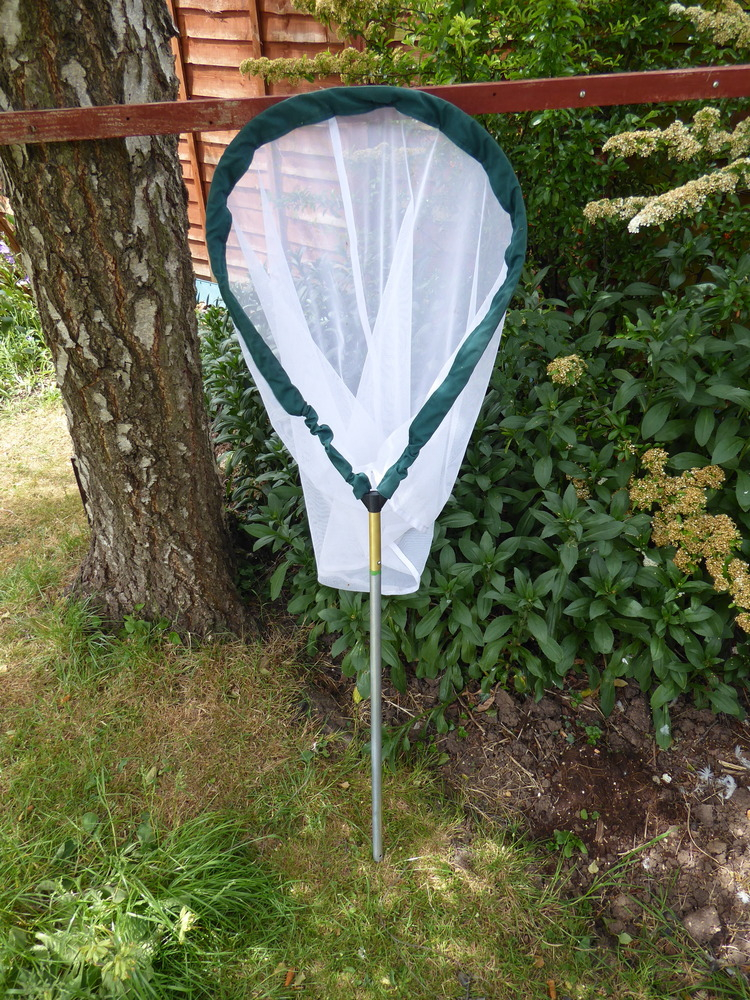 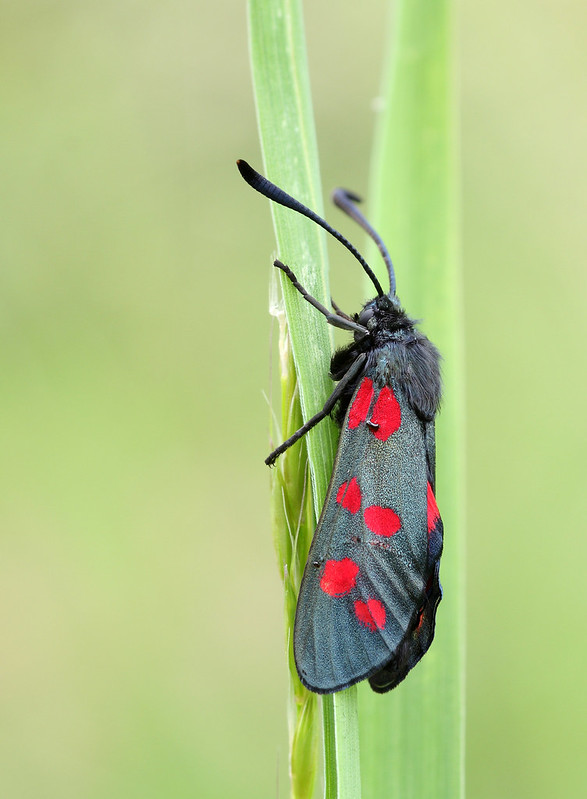 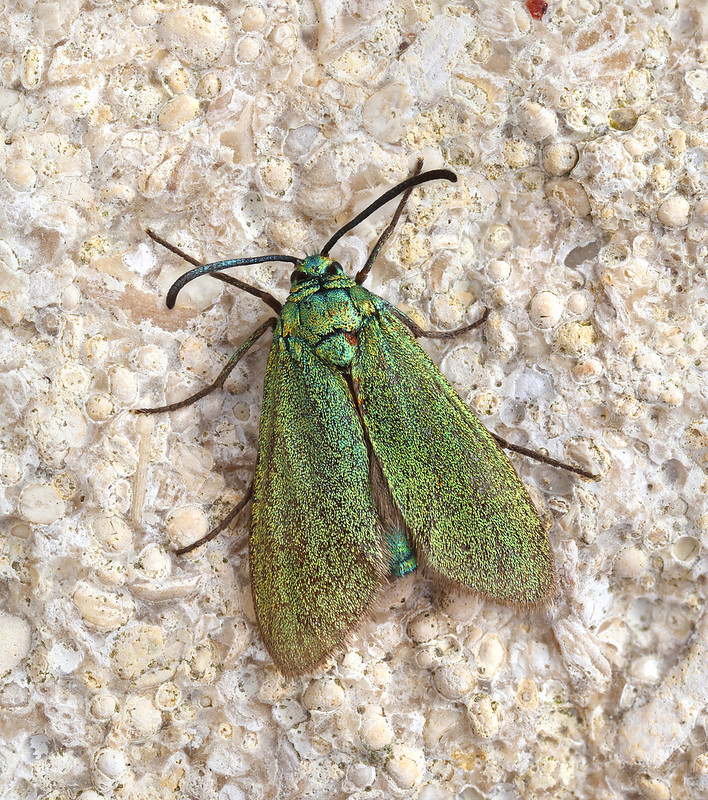 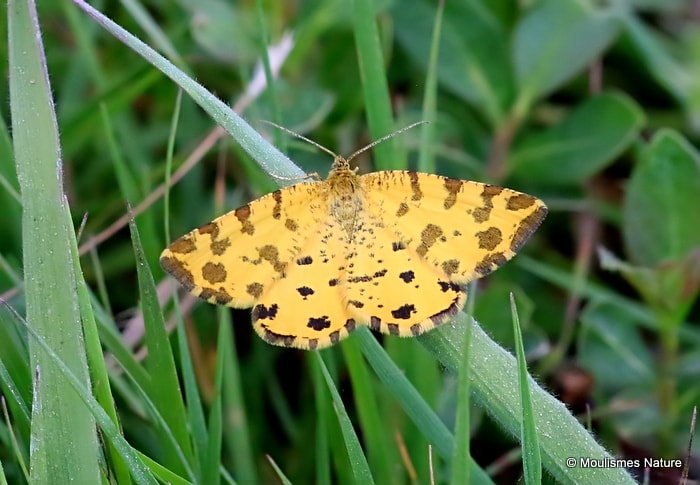 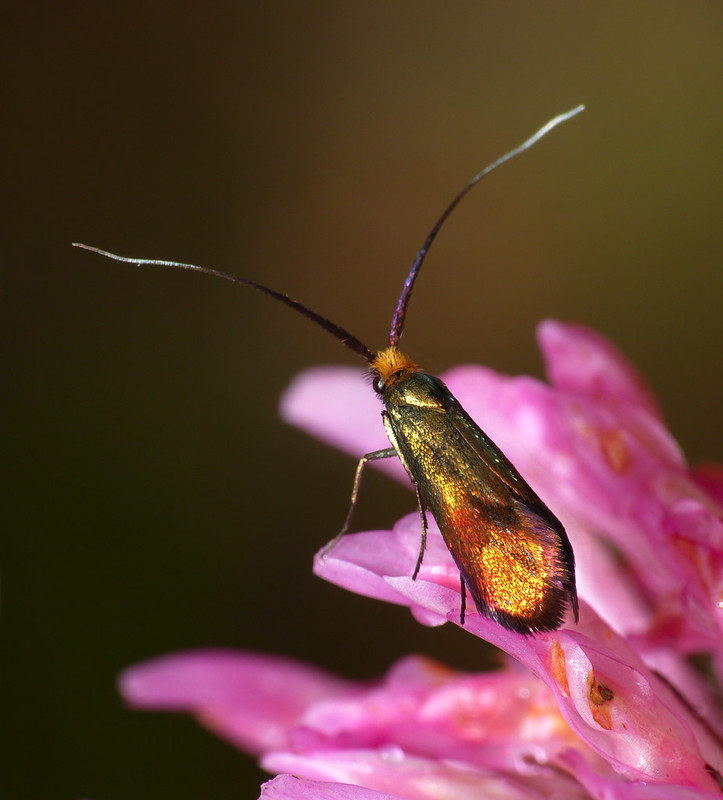 An increasingly popular summer recording method is using pheromones to attract male moths. Commercial pheromones for most clearwing moths have been available for a long time from Anglian Lepidopterist Supplies. A full set of instructions on how to prepare and use each pheromone is available on their website. Individual rubber bungs impregnated with the specific female pheromone can be placed inside a tied, muslin or mesh bag and hung on trees during periods of warm weather.

Afternoon is best for clearwings. These lures can have incredible longevity – recently, three Red-belted Clearwings came in within a minute of me hanging one halfway up a garden tree, despite being 11 years old! They are best stored in a freezer when not in use. 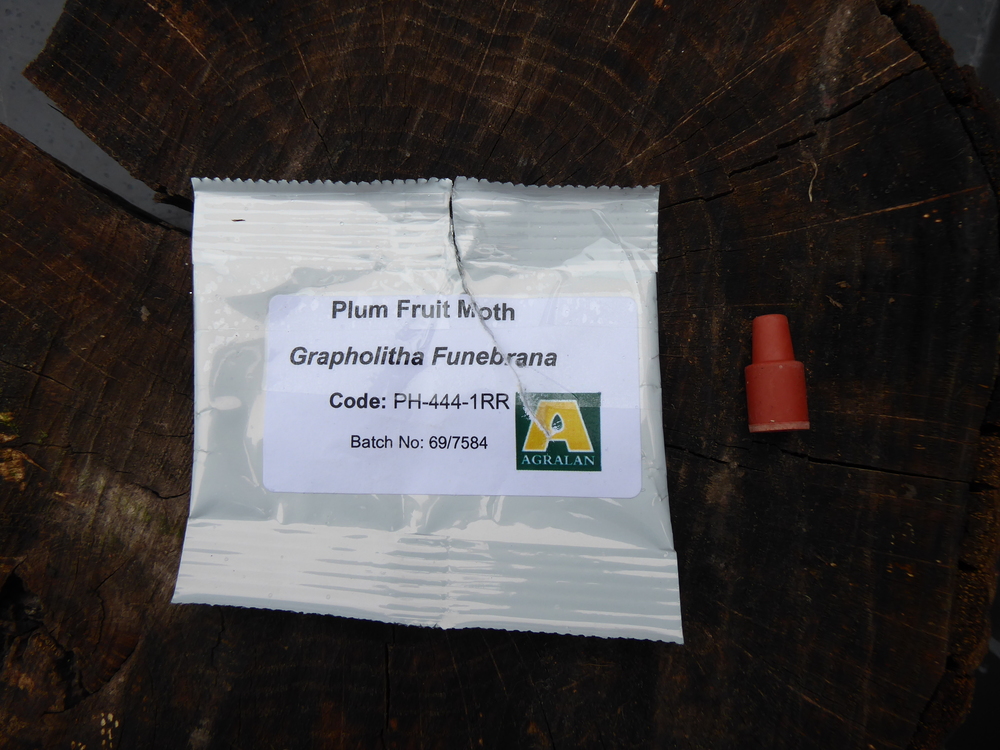 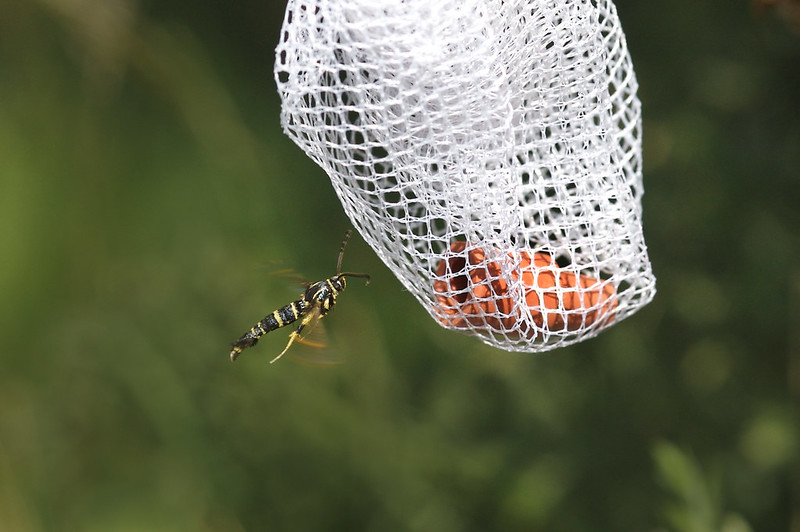 Mesh bag with pheromone bung inside in situ (Patrick Clement). 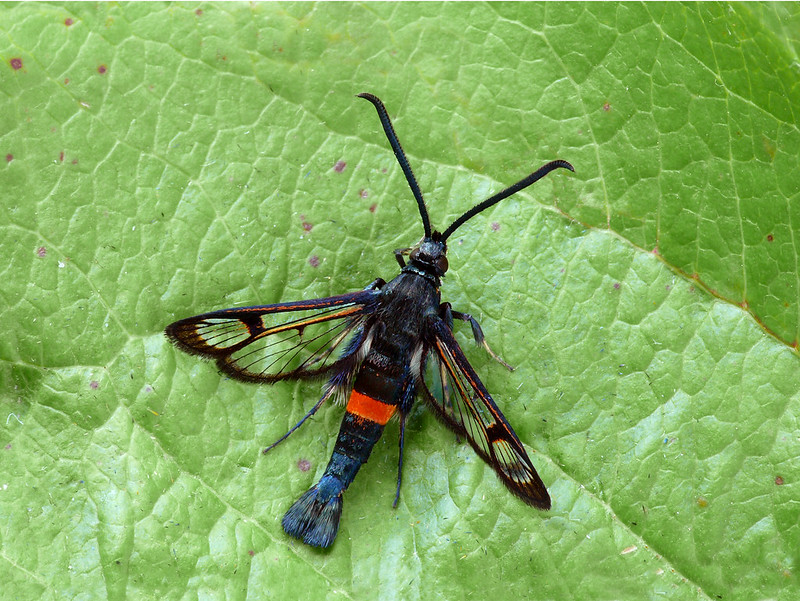 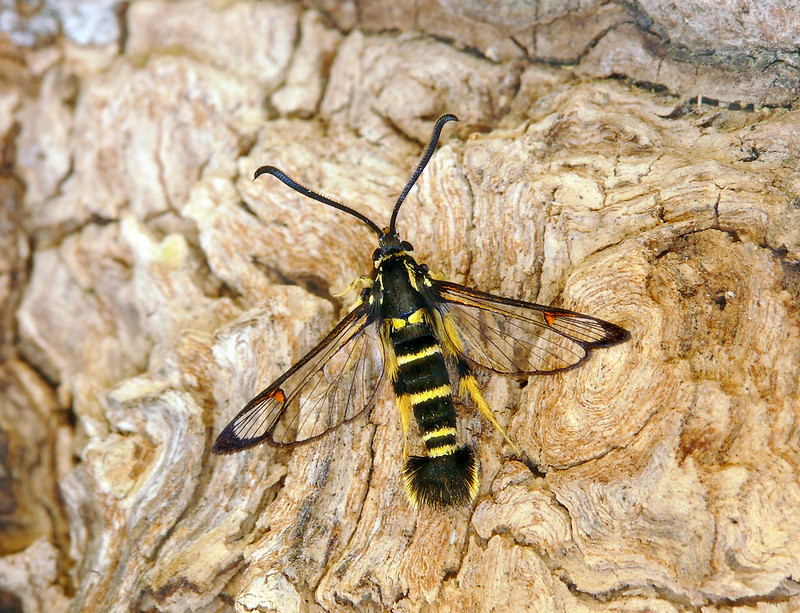 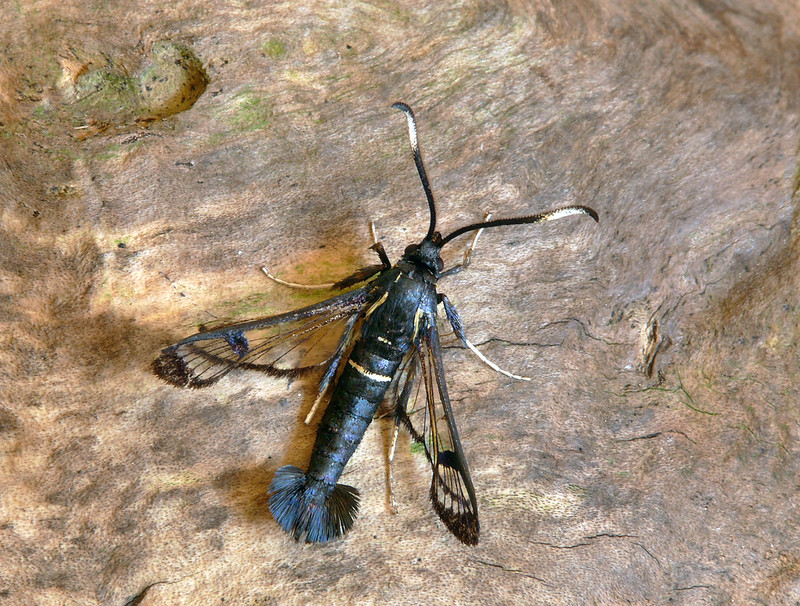 The most popular lure – and one for those who want to see an iconic moth in your own garden – is that for Emperor Moth. Males can turn up very quickly, even if a known colony is miles away. Other specialist lures, such as that for Hornet Moth, should be placed on or near host trees, such as Black Poplar.

Lures for other macro moths that are considered pests or public health hazards, such as Gypsy Moth and Oak Processionary, can be used after dark, simply by placing the rubber bung on the wooden crossbar housing the bulb holder on a Skinner Trap. For those interested in micro-moths, there are a good number of pheromones used to control tortrix pest species now available.

One lure can often attract several species and even other macros as a sideshow! In the last couple of years it has been found that the Clepsis spectrana lure can attract Chamomile Shark; Middle-barred Minor has been found at the Plum Fruit Moth lure and, earlier in May, Pammene argyrana was recorded to the latter lure at various locations in Fife (new to VC85). Stuart Mundy had a surprise in mid-May when his garden Goat Moth lure attracted the third record of Cydia cosmophorana for Northamptonshire. 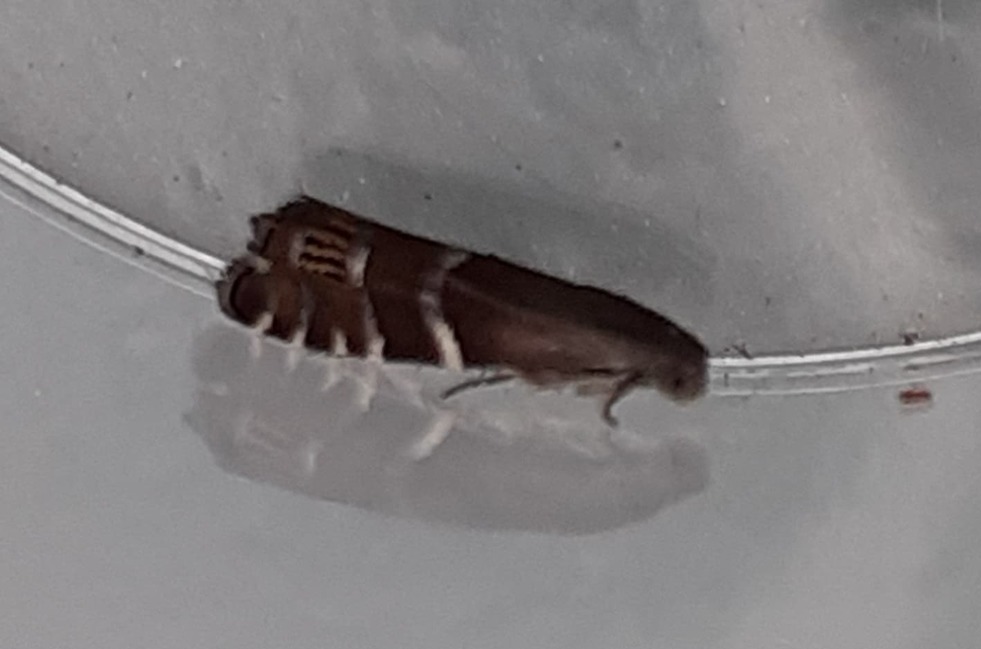 The Large Red-belted Clearwing lure will attract Incurvaria praelatella in similar heathland habitat. The easy way to use a variety of lures over a short period is with use of a plastic pheromone trap. Smaller in size than a football and using a lobster pot design, these are ideal for both clearwing and tortrix lures. 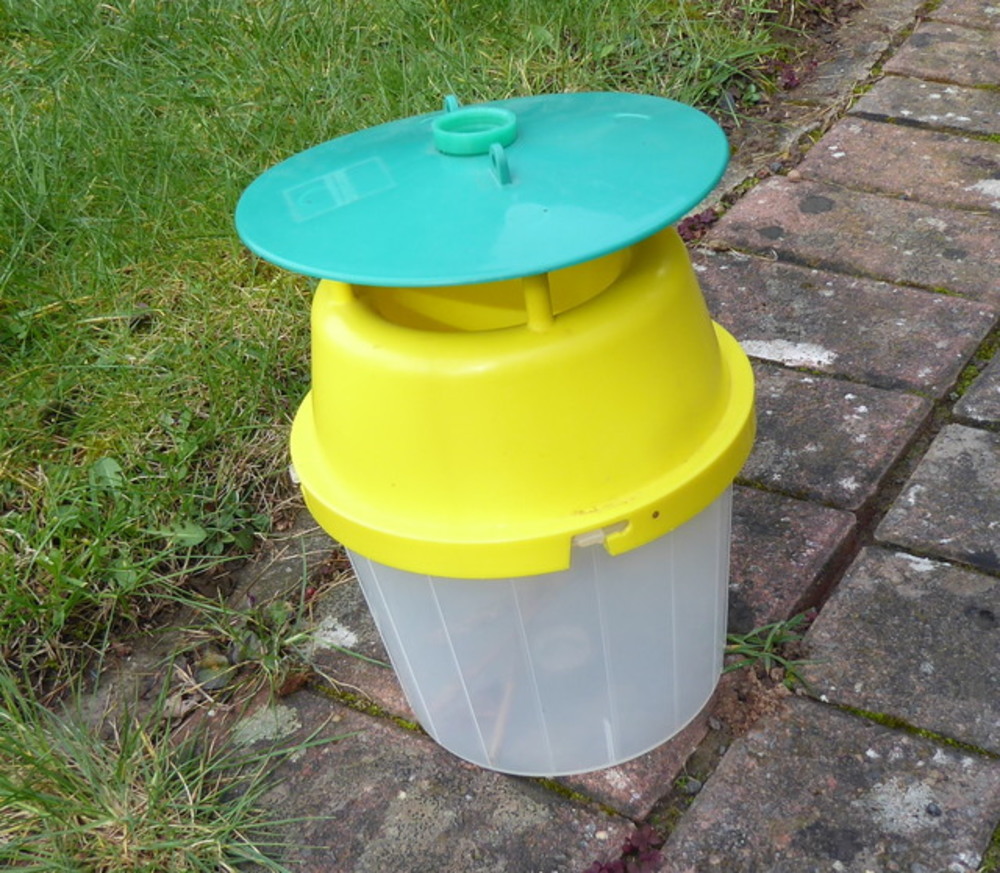 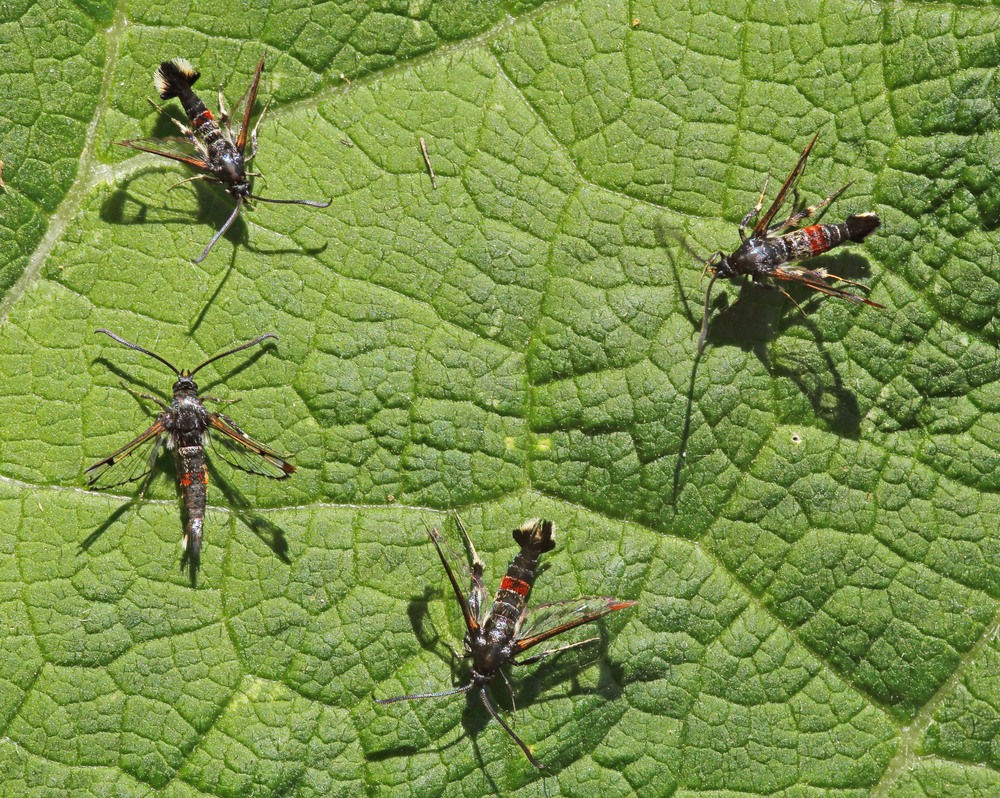 Place the trap in a shaded part of a small tree and remember to check the opaque holding box for trapped insects on a regular basis. The Plum Fruit Moth lure has been shown to work for Pammene suspectana, which was originally thought to be very local in status. The Grapholita lobarzewskii lure is another one capable of attracting several other species. Anglian Lepidopterist Supplies have a supply of these – and the traps, too.

This spring has so far witnessed wall-to-wall sunshine, so let's hope it continues for a productive summer of day-flying moths. 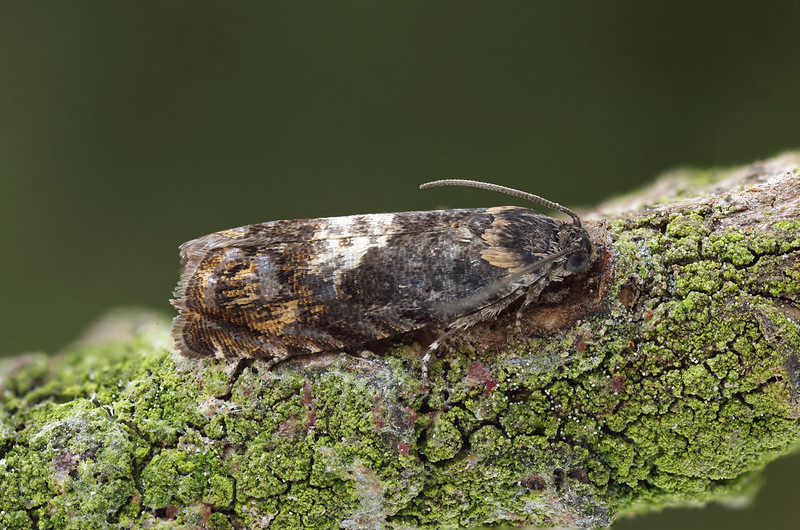