As June came to an end there was a real sense that finally, after a protracted spring period packed with magnificent rarities, the summer doldrums were beginning to encroach. By the end of the review period temperatures had soared towards 30°C and, save a few early returning waders including Spotted Redshanks and Wood Sandpipers, the pace of birding had slowed right down. That said, there were still one or two surprises during the week, as there tend to be at this time of year.

We'll start with shorebirds, namely the Hudsonian Whimbrel that saw out another full week at its adopted home of Pagham Harbour, W Sussex. It was still present on Tuesday, and photos received indicate that it is still showing well at times, although this week's messages suggested it could also prove troublesome to pin down. Either way, an extended stay looks likely, as with the 2007 Cumbrian bird, which turned up in June and lingered well into August. Similarly settled is Hampshire's Greater Yellowlegs, still present at Titchfield Haven on 30th and presumably for the foreseeable future, too. 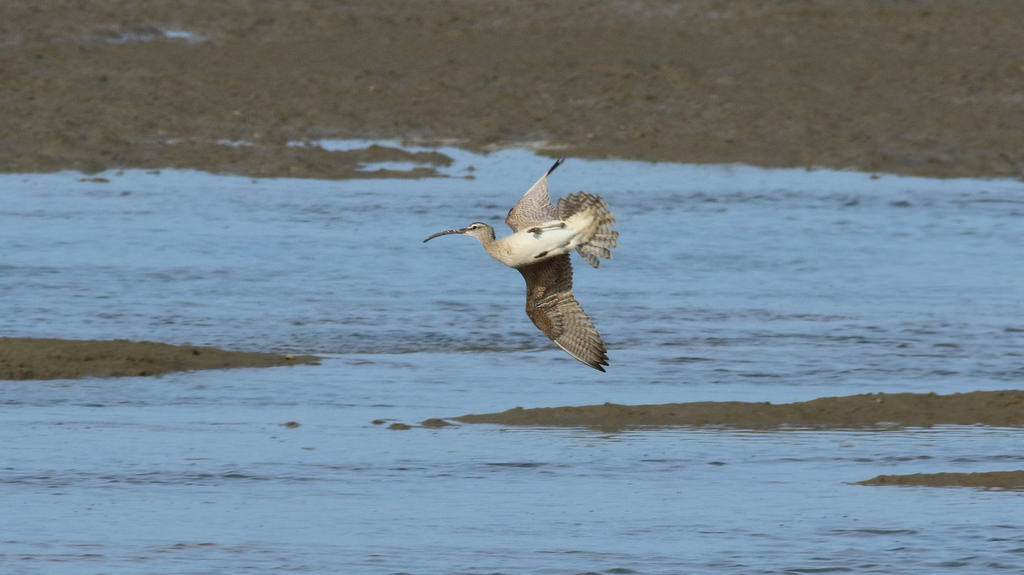 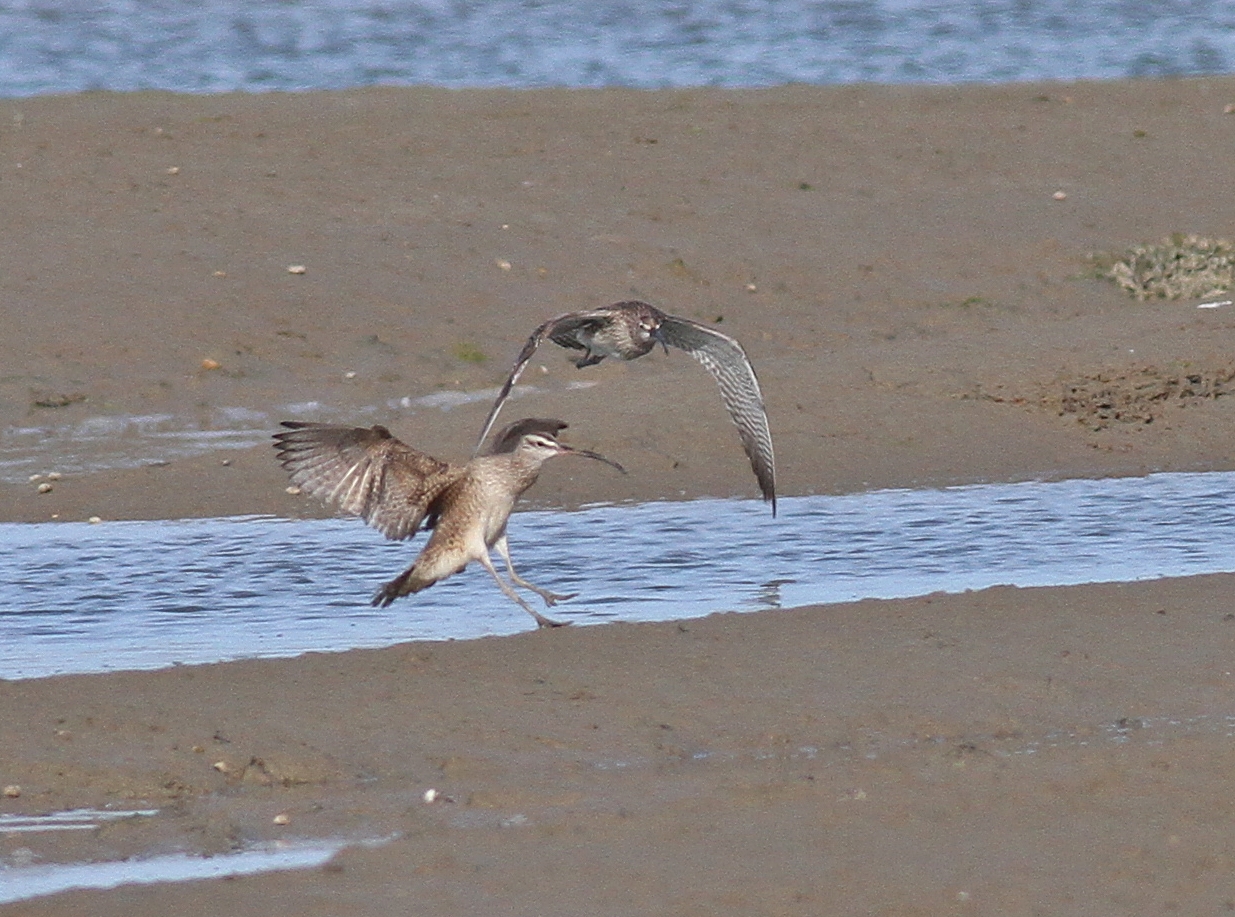 New in was a smart Pacific Golden Plover at shorebird hotspot Breydon Water, Norfolk, on 28th. Initially rather distant (as is typical for Breydon rarities), the bird eventually showed a little better and was still present on 30th. Two Black-winged Stilts appeared at Fingringhoe Wick, Essex, on 30th. A Pectoral Sandpiper at Slimbridge, Glos, from 27–29th is presumably either a failed breeder already heading south or simply a wandering non-breeder. Last week's Temminck's Stint was still at Vane Farm, Perth/Kinross, on 24th and another was at Derwent Reservoir, Northumberland, from 28th. The legacy of spring 2015's fabulous run of Red-necked Phalaropes was a bird at Rigifa Pool, Aberdeenshire, on 24–25th — one wonders whether the autumn will be anywhere near as prolific. 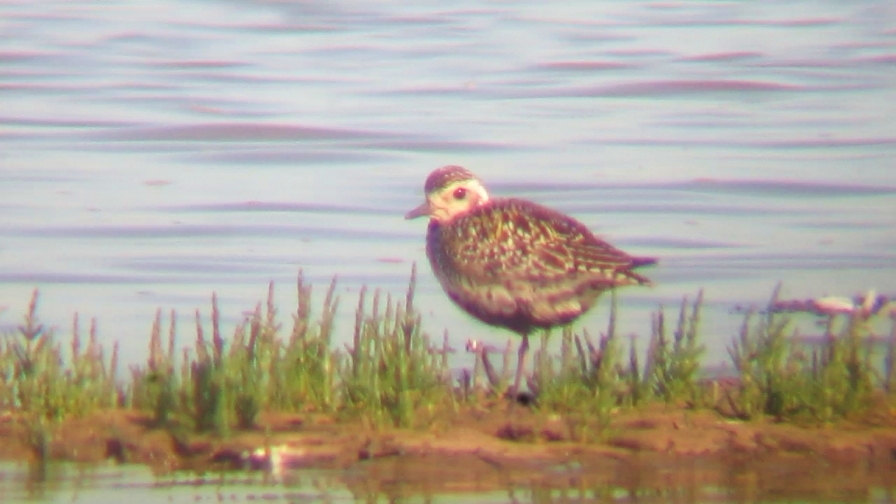 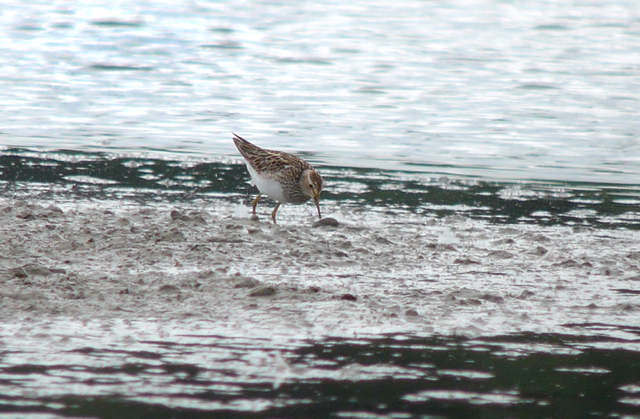 The White-winged Black Tern seen flying south past Whitburn in the early morning on 28th was presumably the bird then at Saltholme, Cleveland, on 29th. It's been a poor year for Whiskered Terns so far and a bird at Minsmere, Suffolk, was all too brief on 24th. In contrast the adult Bonaparte's Gull continued to show at Oare Marshes, Kent, all week — as did the Ring-billed Gull at Hayle Estuary, Cornwall. Another first-summer Ring-billed was new at Burton Mere Wetlands, Cheshire, on 26th but only identified from photographs two days later, while the immature also remained in Co Kerry. The gorgeous adult Franklin's Gull also stayed at Lough Beg, Co L'derry, all week. 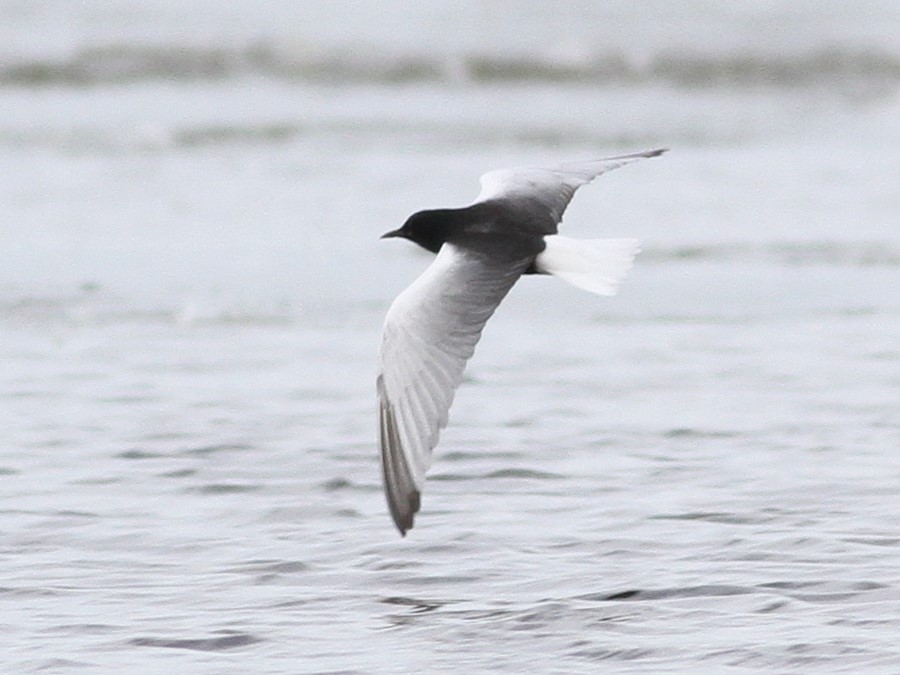 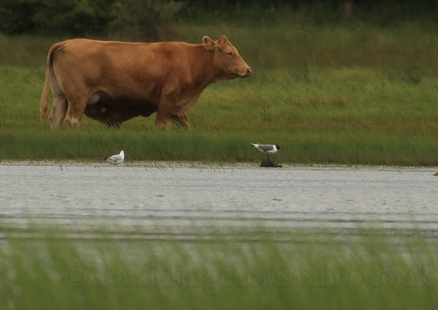 A Cattle Egret was at Trimley then Shotley marshes, Suffolk, on 28th but not again. A surprise reappearance came from the Saltholme Squacco Heron on 26th, although it was not seen again and could well be the bird found the following day at Kirkby-on-Bain Gravel Pits, Lincs. Birders searching for the Kirkby Squacco weren't completely out of luck on 28th when they discovered a male Little Bittern in the exact spot the Squacco had frequented the previous day! Elsewhere the male Little Bittern continued to bark at Lakenheath Fen, Suffolk, to at least 26th while another male (perhaps the Lincolnshire bird) was at Old Moor, S Yorks, on 30th and a further Squacco was found at Cemlyn Bay, Anglesey, on 30th. An adult Night Heron was again noted at Ham Wall, Somerset, on 30th; a Purple Heron was reported there on 24th and the Scilly Purple was again on St Martin's on 25th. A Black Stork was photographed on Alderney, Channel Islands, on 25th. 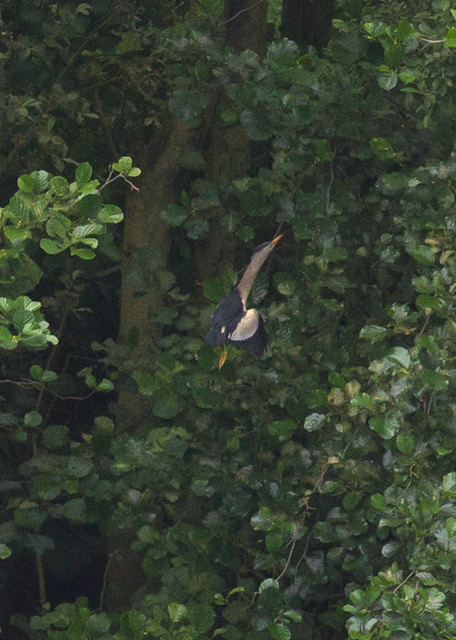 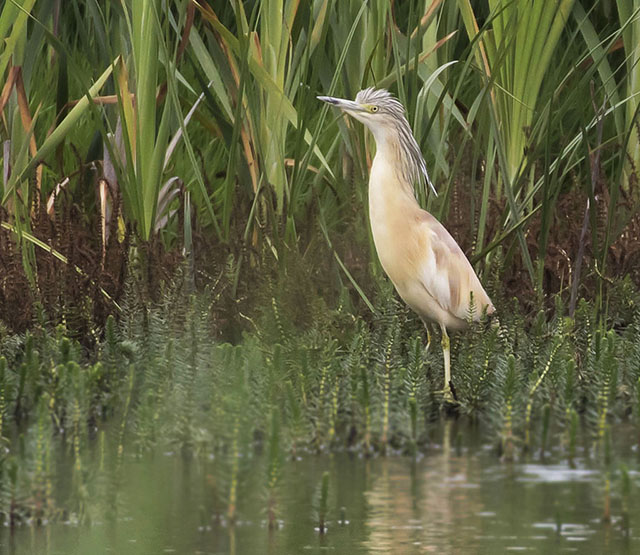 A drake King Eider was off Nairn, Moray/Nairn, on 27–28th, while the female remained off Unst, Shetland, on 24th. A drake Ring-necked Duck was at Loch of Clumly, Orkney, from 24th and the drake remained at Blacktoft Sands, E Yorks, to at least 28th — belated news was also received that it was seen at Alkborough Flats, Lincs, on 17th. The Lesser Scaup was still in Cardiff Bay, Glamorgan, on 28th. An American Wigeon was found at Boldon Flats, Durham on 26th, lingering for three days, and further American Wigeon remained at Rigifa Pool, Aberdeenshire, and on Tresco, Scilly. A drake Green-winged Teal was at Loch of Hillwell, Shetland, on 24th, with others at Staveley Nature Reserve, N Yorks, from 24–26th and Loch Portain, North Uist, on 27th. On the Isle of Lewis, the Lesser Canada Goose was at Loch Stiapavat and latterly Port Nis on 28th.

Seawatching remains extremely quiet, although sightings of Cory's Shearwaters off West Bay, Dorset, and Bray Head, Co Wicklow, on 29th hint at what is hopefully to come.

An adult male Red-footed Falcon was reported from Hope Carr, Manc'r, on 24th but not again. The pair of Montagu's Harriers continues to show at Blacktoft Sands. 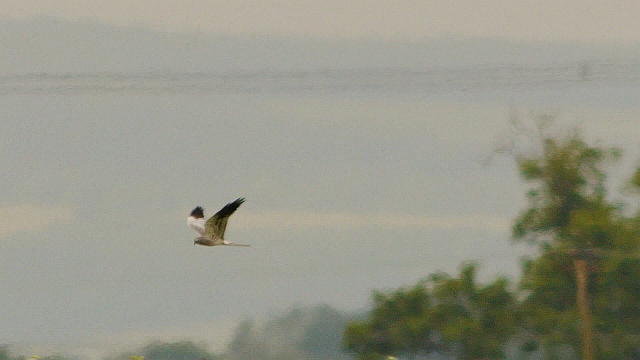 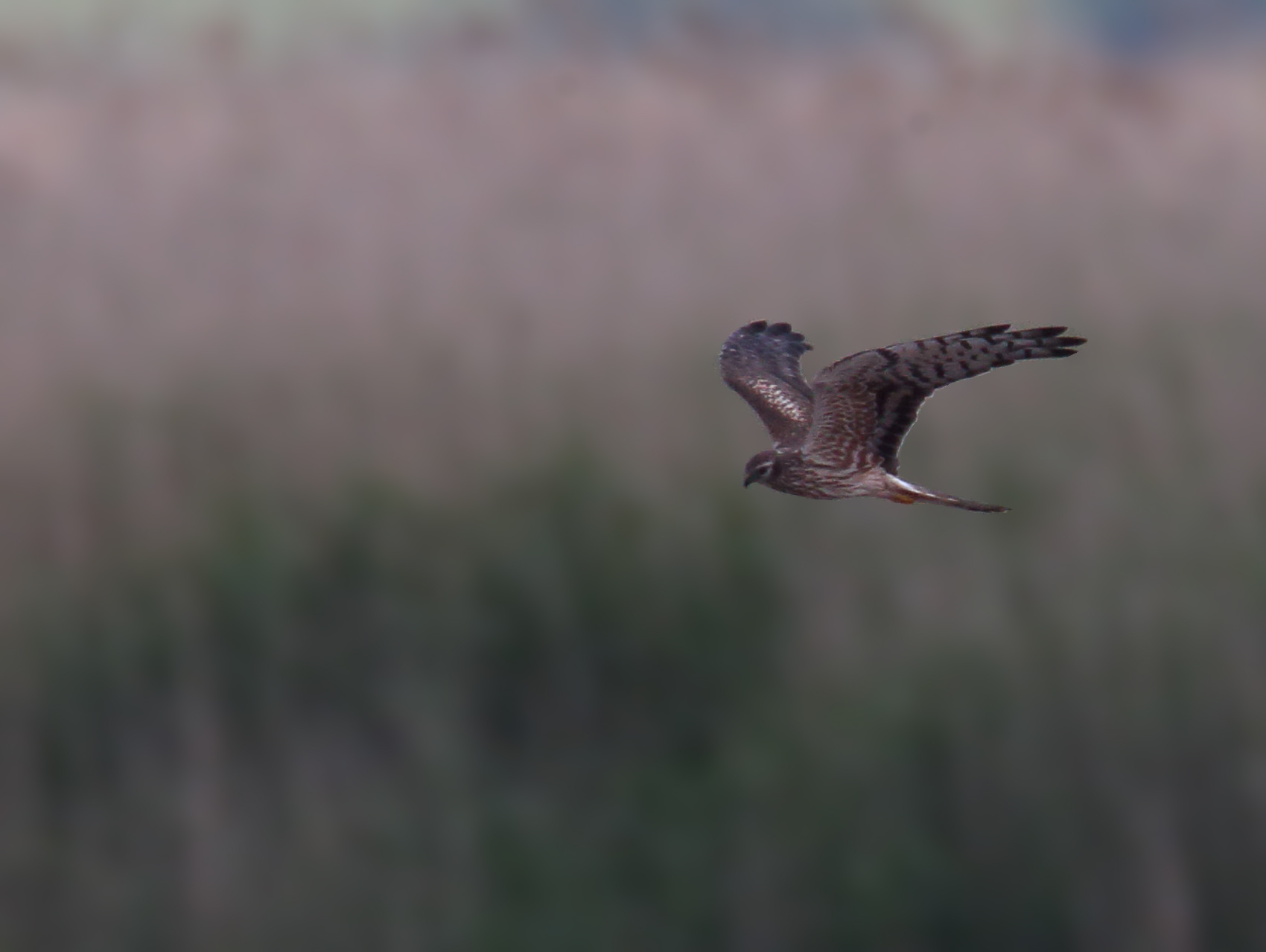 There was a Wryneck singing on private land at Brympton House near Yeovil, Somerset, on 25–26th and again on 30th. An Alpine Swift flew over Garnock Floods, Ayrshire, on 24th. The Golden Oriole hung around on Fair Isle and another graced Dungeness, Kent, with its presence on 25th.

European Bee-eaters were again impressively numerous, with four flying along the north Norfolk coast on 24th and three over Pegwell Bay, Kent, the same day. Ten flying south-west over Dungeness on 25th were presumably last week's flock from Sussex; eight then flew over Marks Tey, Essex, on 26th with at least five over Woodbridge, Suffolk, later that day and presumably the same birds over Aldeburgh on 27th. Also on 27th seven flew over Kingsdown and later Hawkinge, Kent, while five flew over Potter Heigham, Norfolk, on 28th. There were also plenty of reports of single birds including an inland record over Uttoxeter, Staffs, on 27th.

A singing male Blyth's Reed Warbler along the riverside at Inverurie, Aberdeenshire, from 24–27th had already been present a week before news filtered out; territorial birds such as this will no doubt become a more familiar sight as the species' westward expansion continues and birders become ever-more aware of their identification. A Marsh Warbler sang at Kyle of Tongue, Highland, on 25–26th and others were on Fair Isle and North Ronaldsay with a further songster at Evie, Orkney, on 30th. A singing Icterine Warbler was a great find at Reculver, Kent, from 28th while another was in song at Tongue, Highland, from 29th. Meanwhile the Melodious Warbler was still advertising itself at Hampton in Arden, W Mids, all week, and a young male Western Subalpine Warbler trapped on Fair Isle on 30th suggested that there might be life in the spring yet. 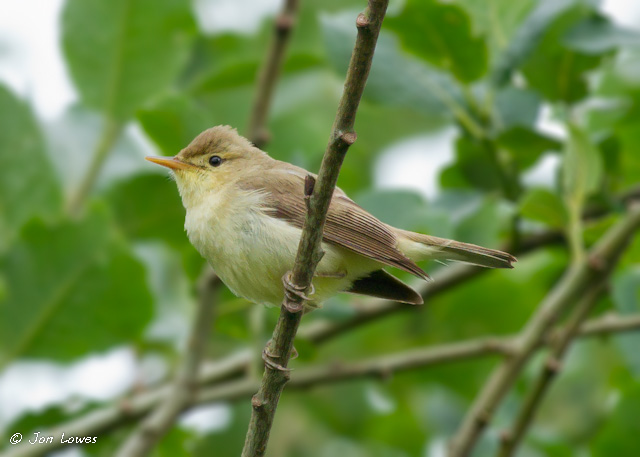 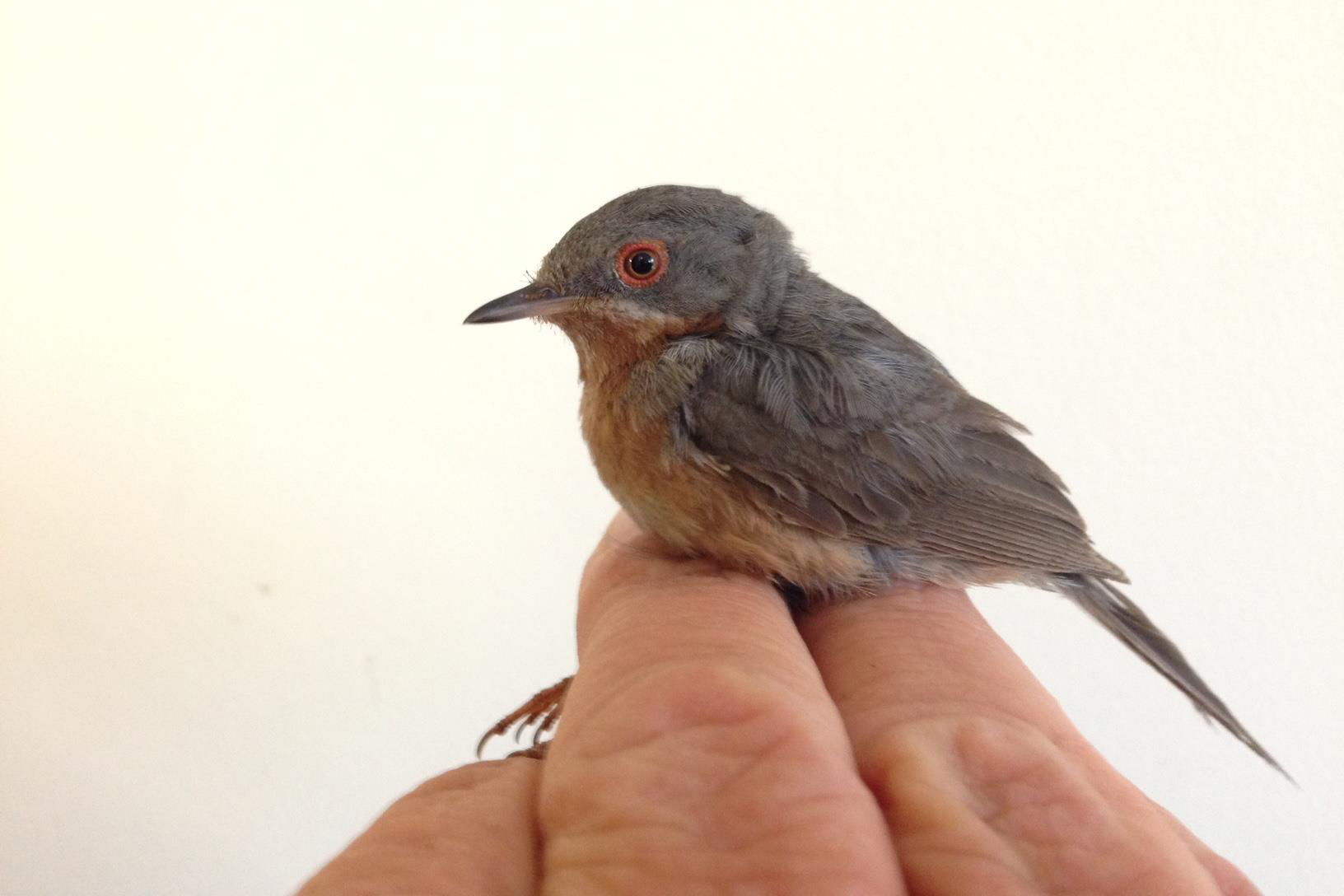 A report of a Woodchat seen at Newton Pool, Northumberland, on 25th was received three days after the event, while a male Red-backed Shrike graced Minsmere, Suffolk, on 25th (females were on Mainland Shetland and Fair Isle). Rose-coloured Starlings were on Harris, Outer Hebrides, from 24–28th and Hoy, Orkney, on 24th. A Common Rosefinch was in Brora, Highland, from 24–28th while a male Serin was a surprise at Leasowe, Cheshire, on 26th; others flew over Spurn, E Yorks, and Durlston Country Park, Dorset, on 27th as well as on Jersey on 24th. An Ortolan Bunting in a garden at Morar, Highland, from 23–26th was a seasonal surprise. 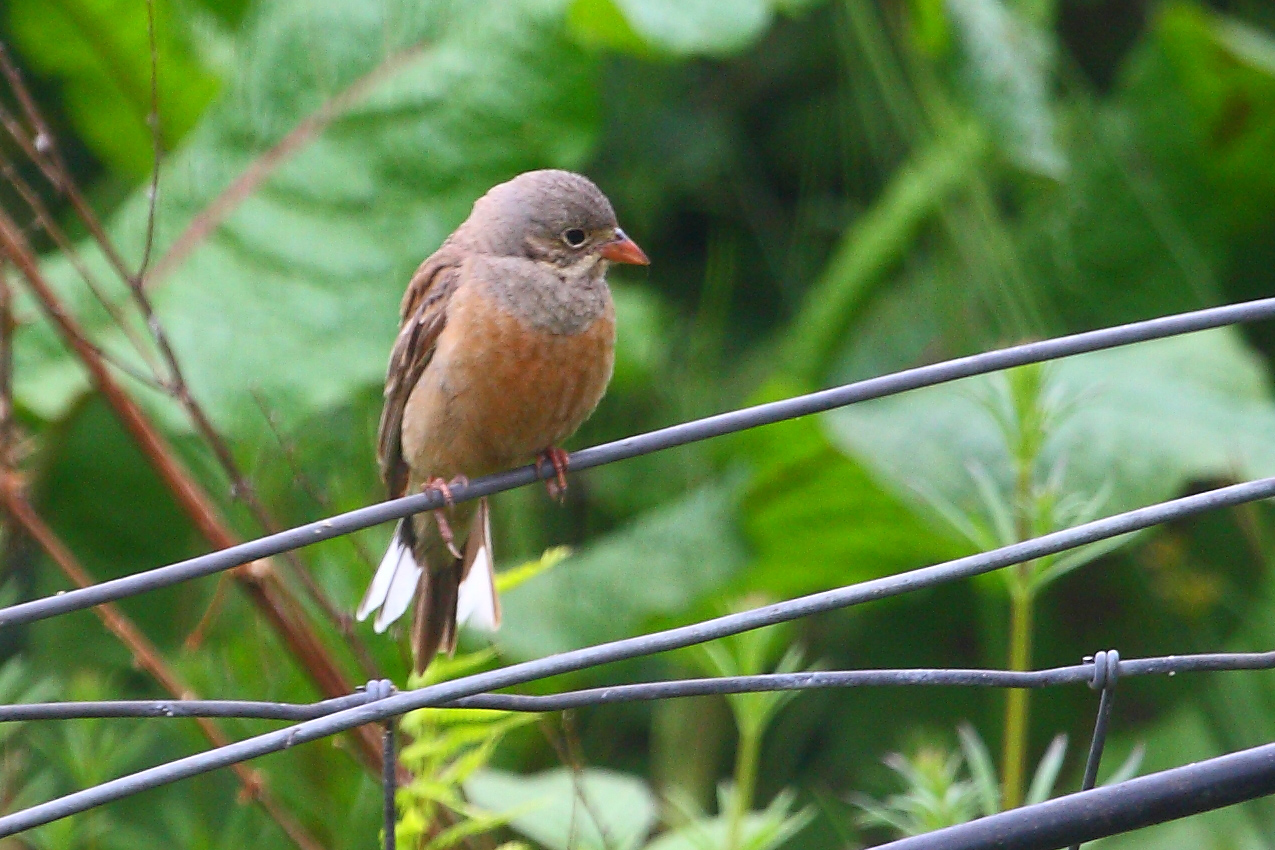 Away from birds, a Monarch butterfly showed well in Southampton, Hants, on 30th while Red-veined Darters continue to arrive: 5+ were at Felbrigg Hall, Norfolk, on 27th with 10+ at Titchwell RSPB on 30th. 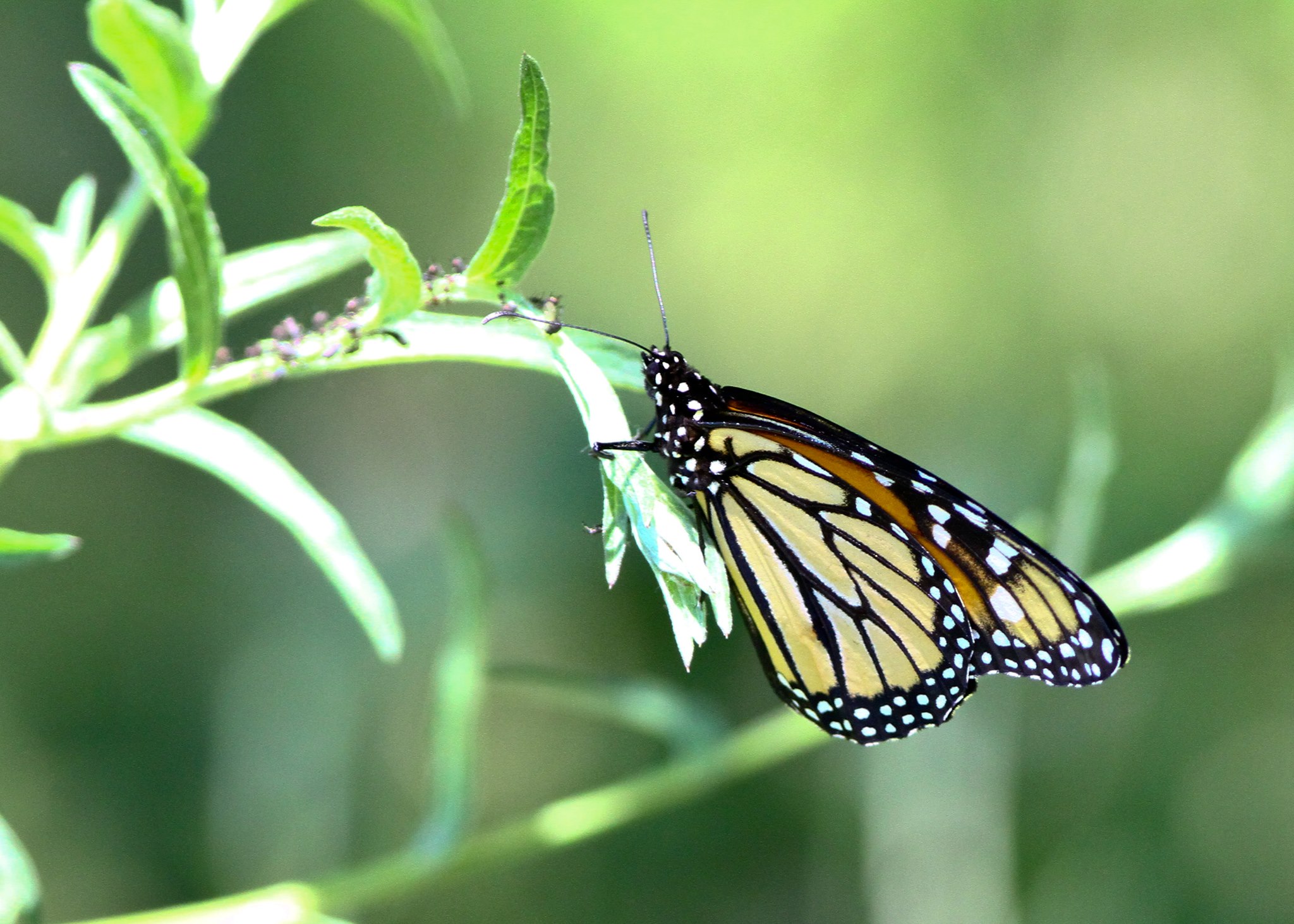 The quieter feel across Britain and Ireland was reflected across the Western Palearctic, although there were still one or two quality finds. Most surprising of all was an Alpine Chough showing well in gardens at Halmstad, Sweden, on 25–26th. This seemingly outlandish record may suggest an escape but, as the image below shows, the bird was in fine condition and bears no signs of confinement. What's more, Alpine Choughs can be incredibly tame across their range and the bird's seemingly docile behaviour isn't necessarily anything to worry about. Either way, Category D probably looms large. 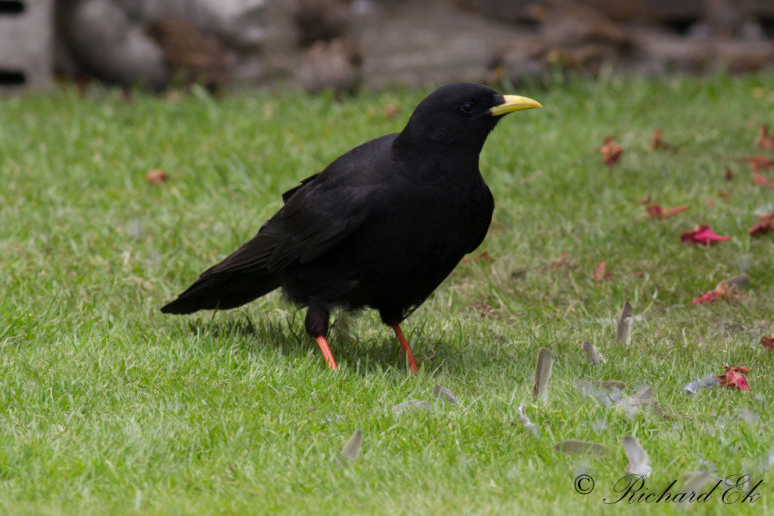 A Black Guillemot of the Arctic subspecies mandtii was a spectacular find in a small harbour near Kamperland, Zeeland, Netherlands, on 27th but hasn't been seen since — needless to say it's the first Dutch record of this form. Following the spectacular news that 47 Eurasian Griffon Vultures had flown over Geel near Antwerp, Belgium, on 27th flocks were reported from various sites in the Netherlands, including 33 over Uddel, Gelderland, on 29th. With strong south-easterly winds and baking temperatures forecast for the coming days, has there been a better time in recent years for this species to make it to Britain? 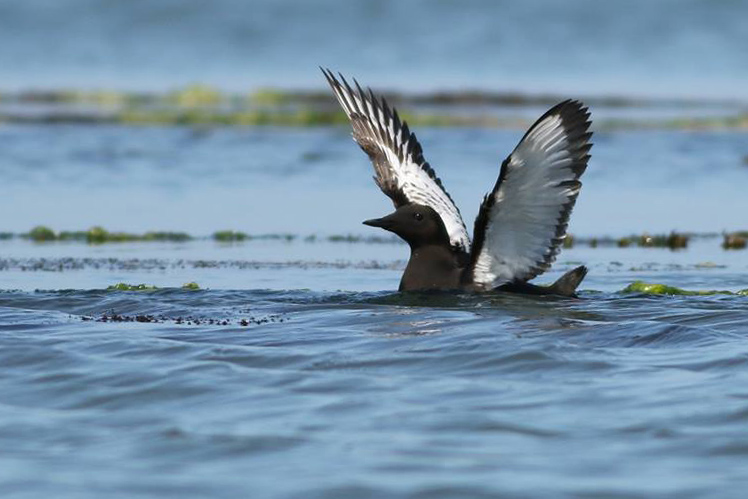 A Lesser Sand Plover was at Farsund, Norway, on 26th, while Poland's fourth Roseate Tern was photographed at the Vistula river mouth in Gdansk Bay. In Finland the Oriental Cuckoo lingered another week at Sotkamo but is becoming ever-quieter as the days progress. A Long-legged Buzzard in Valgamaa, Estonia, on 27th will be a national first if accepted. Further south, the Bateleur remained near Gal'on, Israel, to at least 29th and Yellow Bitterns were again noted along Egypt's southern Red Sea coast.