At long last, the miserable weather gave way to warmer, drier and, most importantly, sunnier weather. In an instant, the spirits of a nation were lifted, and birdwatchers could finally leave their waterproofs at home. Not that the birds gave much reason to be out this week: another largely quiet seven days slipped by, with the two most exciting new arrivals of the week restricted to the north of Scotland. One of these was an old friend, the Greater Yellowlegs, which reappeared with a Greenshank at St. John's Loch during the early evening of 25th, only to fly off high south a few hours later. One can only speculate as to where it has been over the past six weeks, but there certainly isn't a shortage of suitable habitat in Highland…

Orkney bagged the best bird of the week, the first Sharp-tailed Sandpiper for the isles gracing Westray on 20th. Although it did disappear a couple of times over the following few days, it remained to 23rd, allowing Orkney birders to add what will presumably be a bit of a county blocker to their lists. Although not the desired rarity it was a decade ago (particularly after Chew Valley Lake's long-staying bird during late 2011), first reports of the species always generate excitement, as well as thoughts as to what might be next to appear from the Eastern Flyway. Not far behind in the rarity stakes these days, the Terek Sandpiper briefly on the Adur Estuary (W Sussex) during the evening of 24th would no doubt have generated more interest had it lingered — in contrast to Sharp-tailed Sandpiper, the species remains a barely annual vagrant to our shores, with this individual being the first of 2012.

At least three Surf Scoters — two drakes and a female — were again seen off the beach between Blackdog and Murcar golf course (Aberdeenshire) during the week, while another drake appeared at the north end of Lunan Bay (Angus/Dundee) on 23rd. Ignoring last week's prediction of a movement to Chew Valley Lake, the drake Ferruginous Duck stubbornly remained at Blagdon Lake (Somerset) until at least 24th, while Ruddy Shelducks included two at Alkborough Flats (Lincs) on 19th, five northwest over Sunk Island (E Yorks) on 20th, and a female at Stocks Reservoir (Lancs) from 21st. 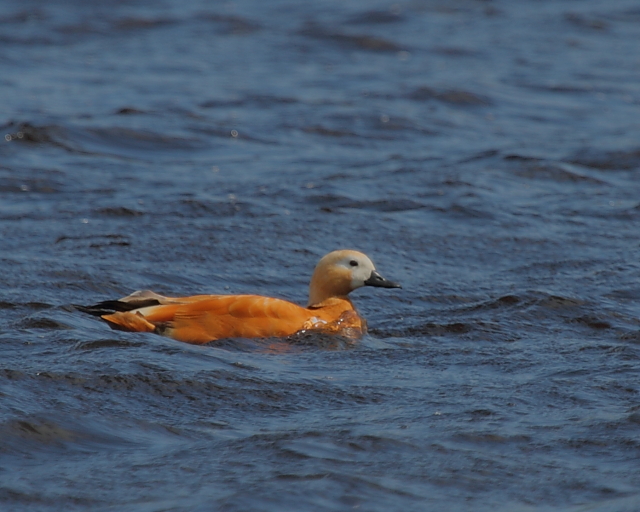 Given the settled conditions, it was unsurprising that seawatching tallies from around our coastlines this week were modest at best. A Scilly pelagic again scored a Wilson's Storm-petrel on 19th, while a second bird was seen from a pelagic off Newquay (Cornwall) on 25th and a third dithered past Galley Head (Cork) on 22nd. Also in Cork that day, Mizen Head scored both Cory's and Great Shearwaters, with the same Scilly pelagic on 19th claiming the only other Cory's of the week. It was otherwise very quiet offshore, apart from the continuing unusually large concentrations of Pomarine Skuas seen all summer, and a couple of Sabine's Gulls off Cork and Aberdeenshire. 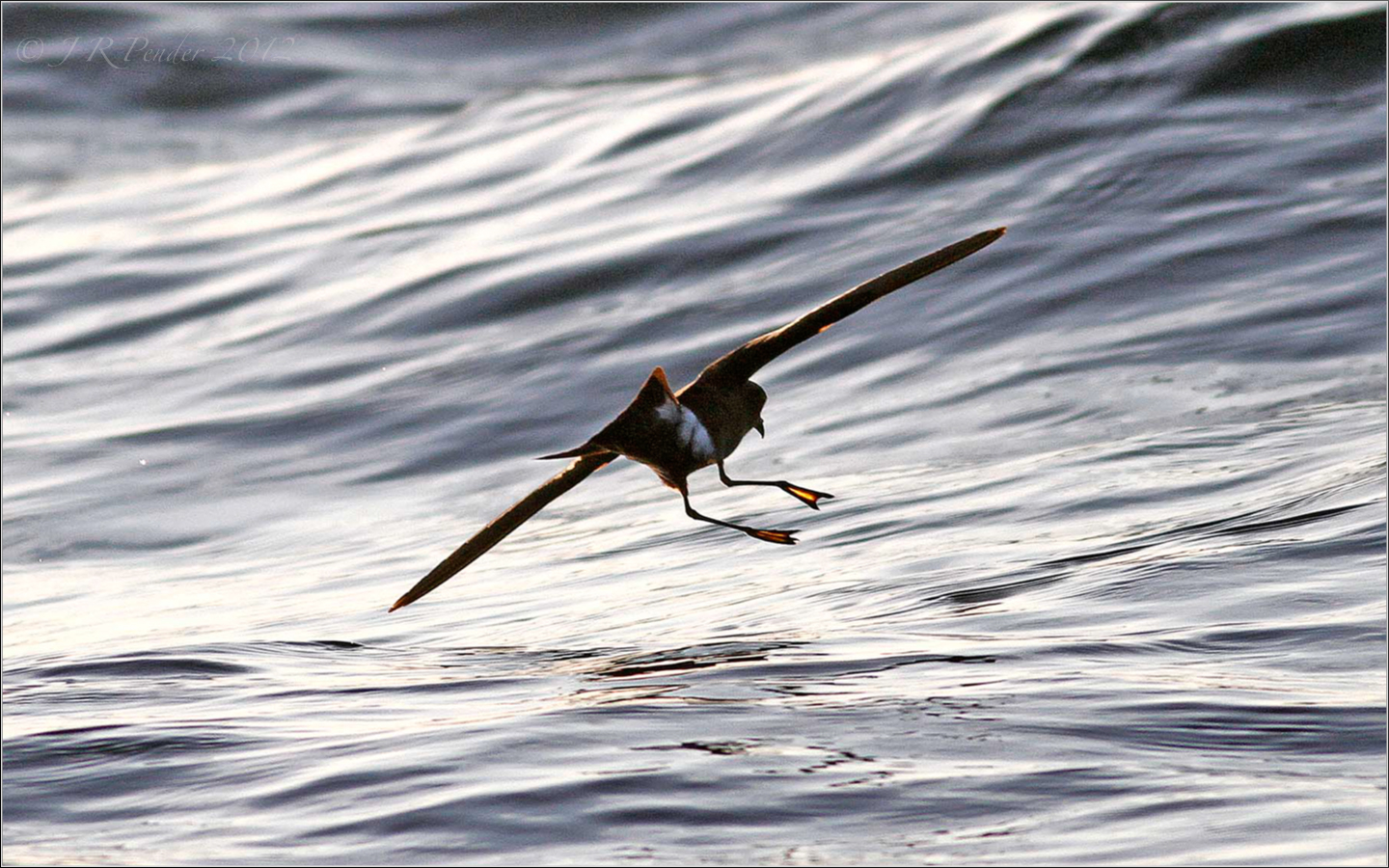 Away from the Avalon Marshes (where at least four remained at Ham Wall), Great White Egrets were better represented this week. Another in Somerset at Muchelney to 21st was presumably one of the Shapwick birds wandering, although three elsewhere hinted at the first post-breeding arrival from the near-continent. Flyovers were noted at Wakefield (W Yorks) and Allhallows-on-Sea (Kent) on 22nd, while a third at Whisby Nature Park (Lincs) that day kindly showed well and lingered overnight. A Cattle Egret was reported from Terrington Marsh (Norfolk) on 21st, and a Purple Heron was seen in flight at Stodmarsh (Kent) on 25th. 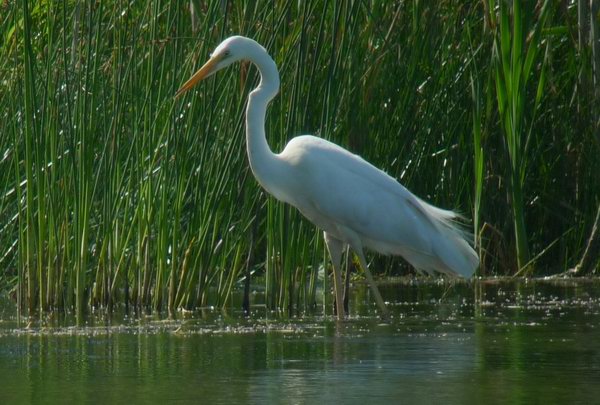 A possible Black Stork over New Romney (Kent) on 19th failed to materialize into anything more, while a White Stork seen over Deddington (Oxon) on 21st could well be that at Curry Moor (Somerset) on 23rd. Glossy Ibises remained at Sidlesham Ferry (W Sussex) and Tacumshin (Wexford) with new birds over Tralee (Kerry) on 20th and at The Naze (Essex) on 25th in addition to a further possible over Keele University (Staffs) on 24th.

Also at Tacumshin, the first-summer Montagu's Harrier remained in residence while an increasing number of wandering Honey Buzzards were reported across England — are these failed breeders? Over in County Mayo, the female Snowy Owl remained on Termon Hill, Blacksod to 20th with another — a male — on Arranmore Island (Donegal) on 18th–25th.

Another unseasonable adult Grey Phalarope was seen this week, this time gracing Old Moor (S Yorks) on 20th. However, unlike its two predecessors this summer, it had moulted considerably and was much more grey than red. A summer-plumaged Long-billed Dowitcher was a great find at Slimbridge (Glos) on 21st; lingering until 25th at least, it was the first county record since a juvenile at the same site in September/October 1985! 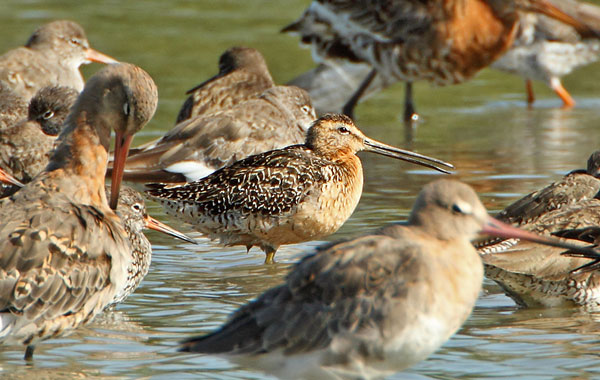 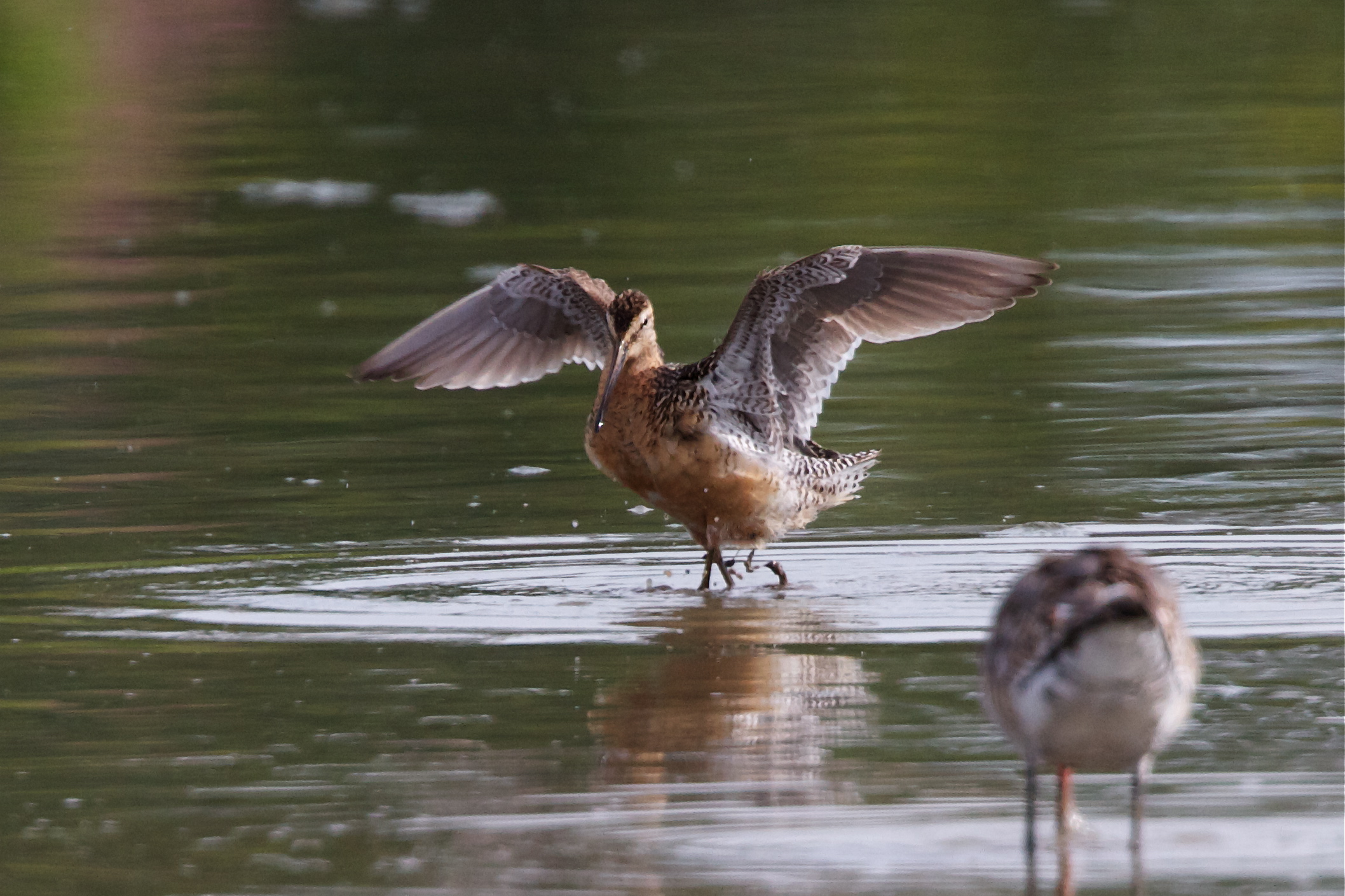 White-rumped and Pectoral Sandpipers scored four and five respectively this week. The former involved new birds at Snettisham (Norfolk) and Havergate Island (Suffolk) on 22nd and at Cley (Norfolk) on 24th in addition to the Frampton Marsh (Lincs) bird, which reappeared from 19th. Pecs remained at Greatham Creek (Cleveland) to 19th and Old Hall Marshes (Essex) to 22nd, with new birds appearing at Low Newton-by-the-Sea on 22nd–24th, Belfast Lough (Antrim) from 24th and Bawtry (S Yorks) on 25th. Three Temminck's Stints were at Cley (Norfolk), Long Drag (Cleveland), and the Ythan Estuary (Aberdeenshire). 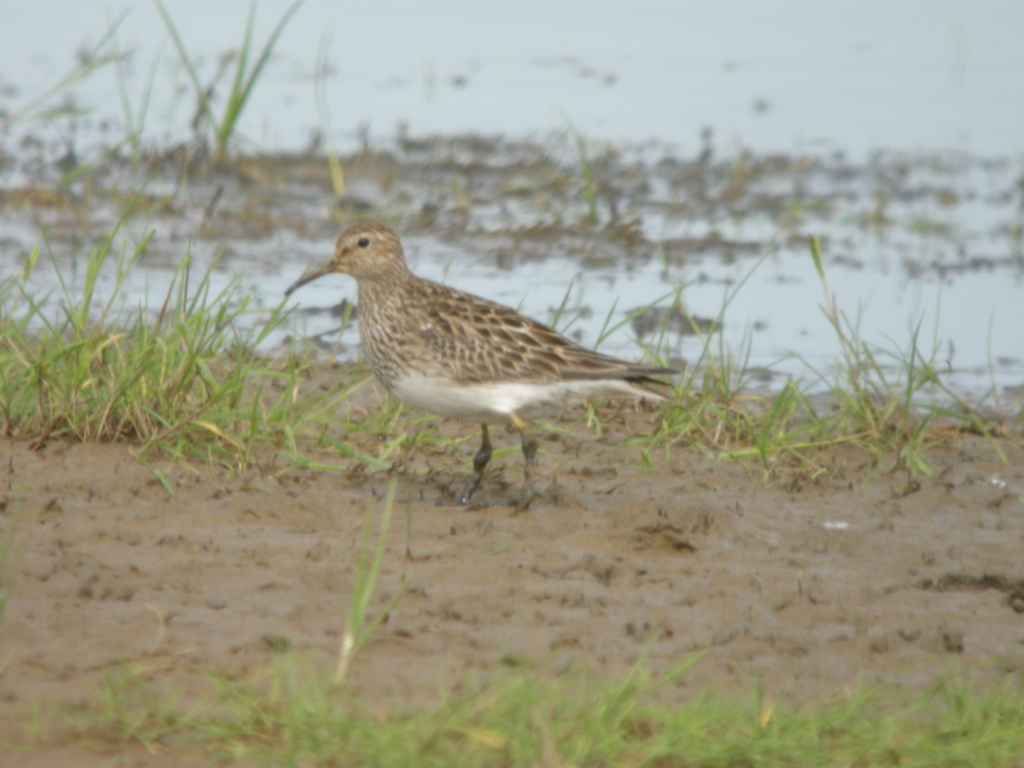 Last week's star, the near-adult Caspian Tern in Norfolk, spent another day touring the Yare Valley between Strumpshaw and Cantley on 19th before ending up at Breydon Water again in the evening. However, it had disappeared by the following morning — where next? Early on the morning of 25th Frampton Marsh claimed yet another great bird, this time in the form of an adult White-winged Black Tern, although it had gone by 07:00. Equally as brief was a Gull-billed Tern on South Uist during the evening of 25th. 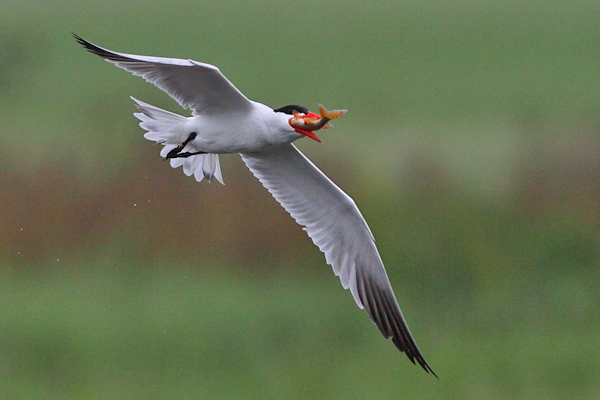 Over in Ireland, a couple of second-summer Ring-billed Gulls involved birds at Ring (Cork) and still at Groomsport (Down), the latter having moulted rapidly and already looking rather adult-like. A handful of lingering Glaucous and Iceland Gulls were well scattered, while Caspian Gulls included three at Gainsborough landfill site (Lincs) on 19th and a regular adult at King George VI Reservoir (Surrey). 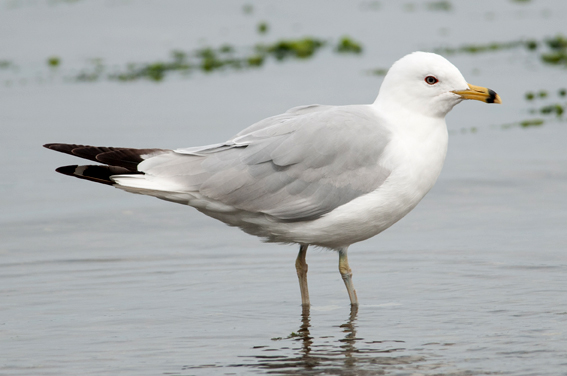 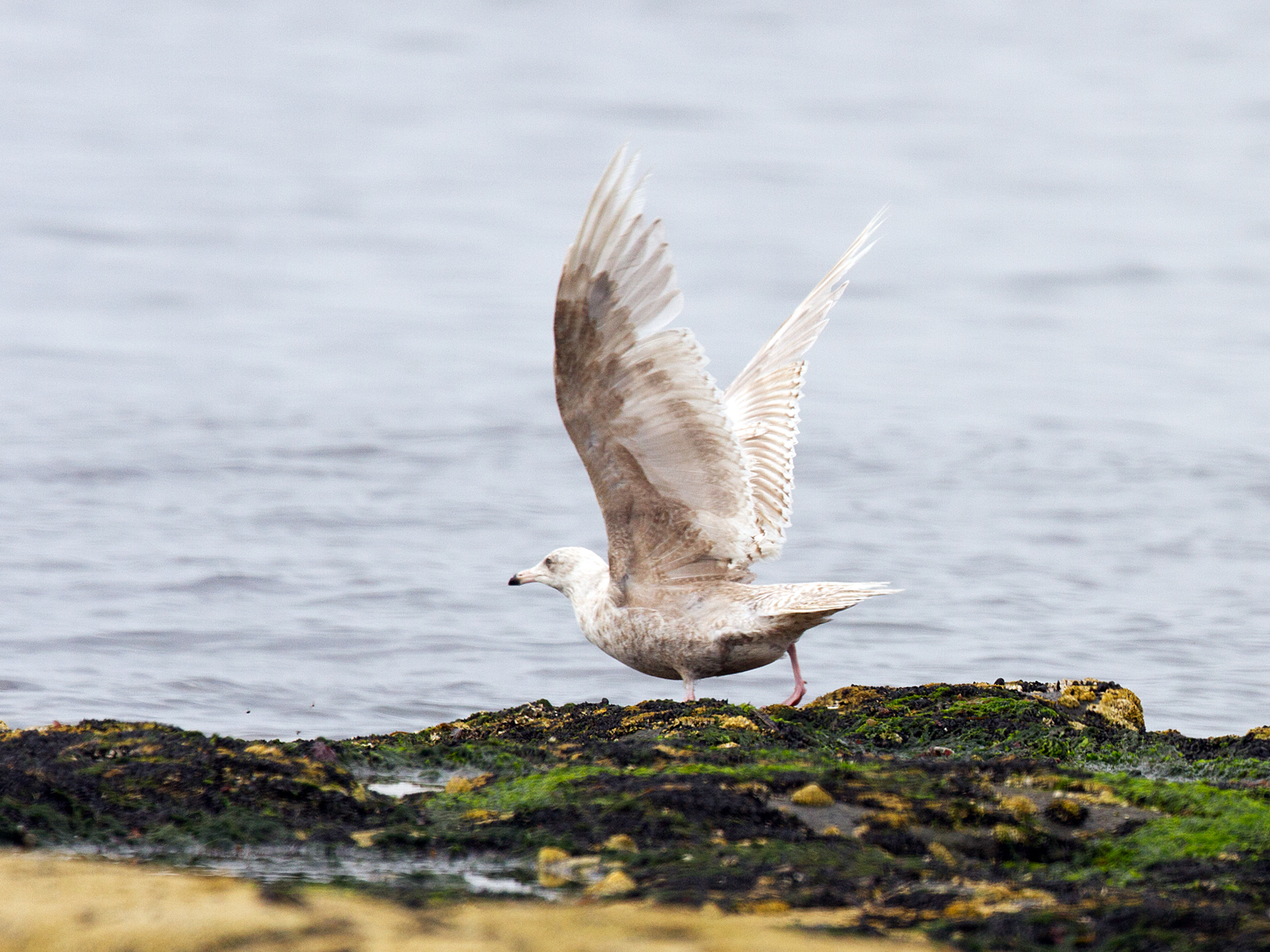 Passerine action was again limited, with the best find of the week being a female/first-summer Rose-coloured Starling in Dungarvan (Waterford) on 19th–24th. Early July's Western Bonelli's Warbler reappeared on North Ronaldsay (Orkney) on 24th. the lonely Iberian Chiffchaff continued to sing in vain at Porlock (Somerset) all week; a possible was at Gosfield (Essex) on 22nd, apparently for its fifth day. Finally, the Red-backed Shrike was still in Hayes (London) on 19th, and a Serin flew over Folkestone (Kent) on 25th. 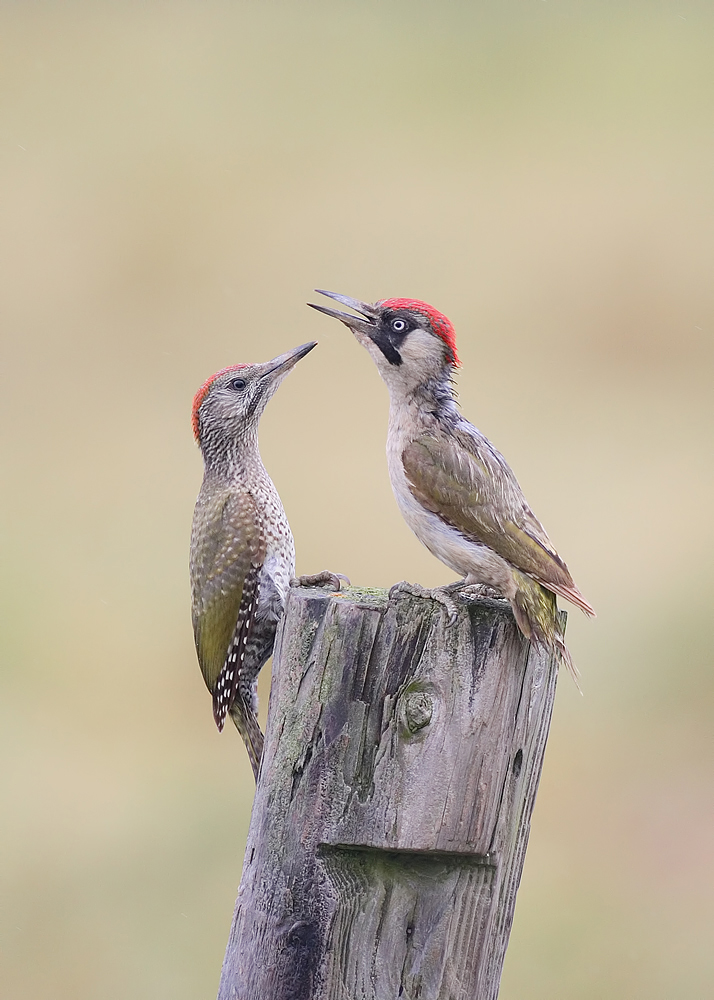 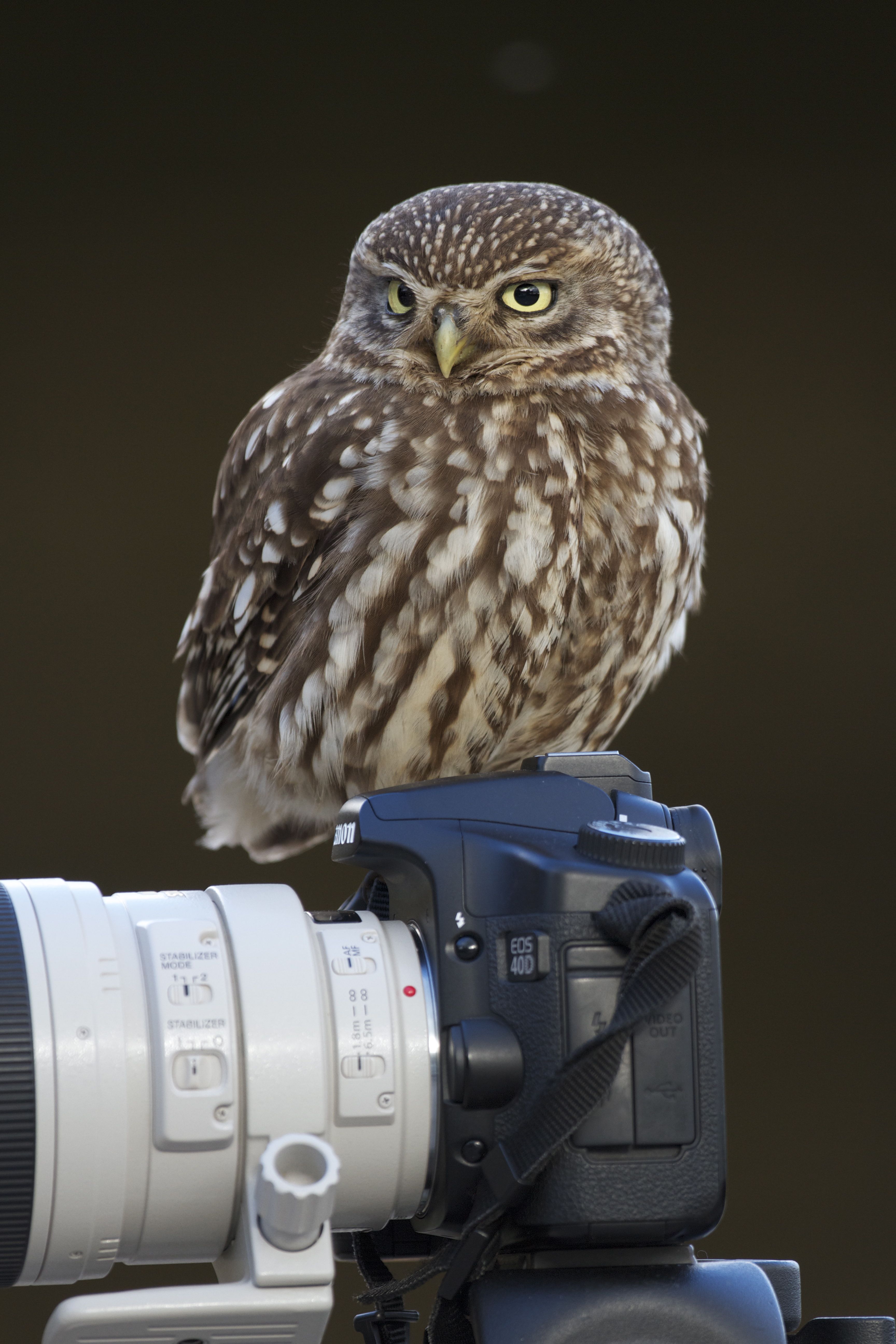 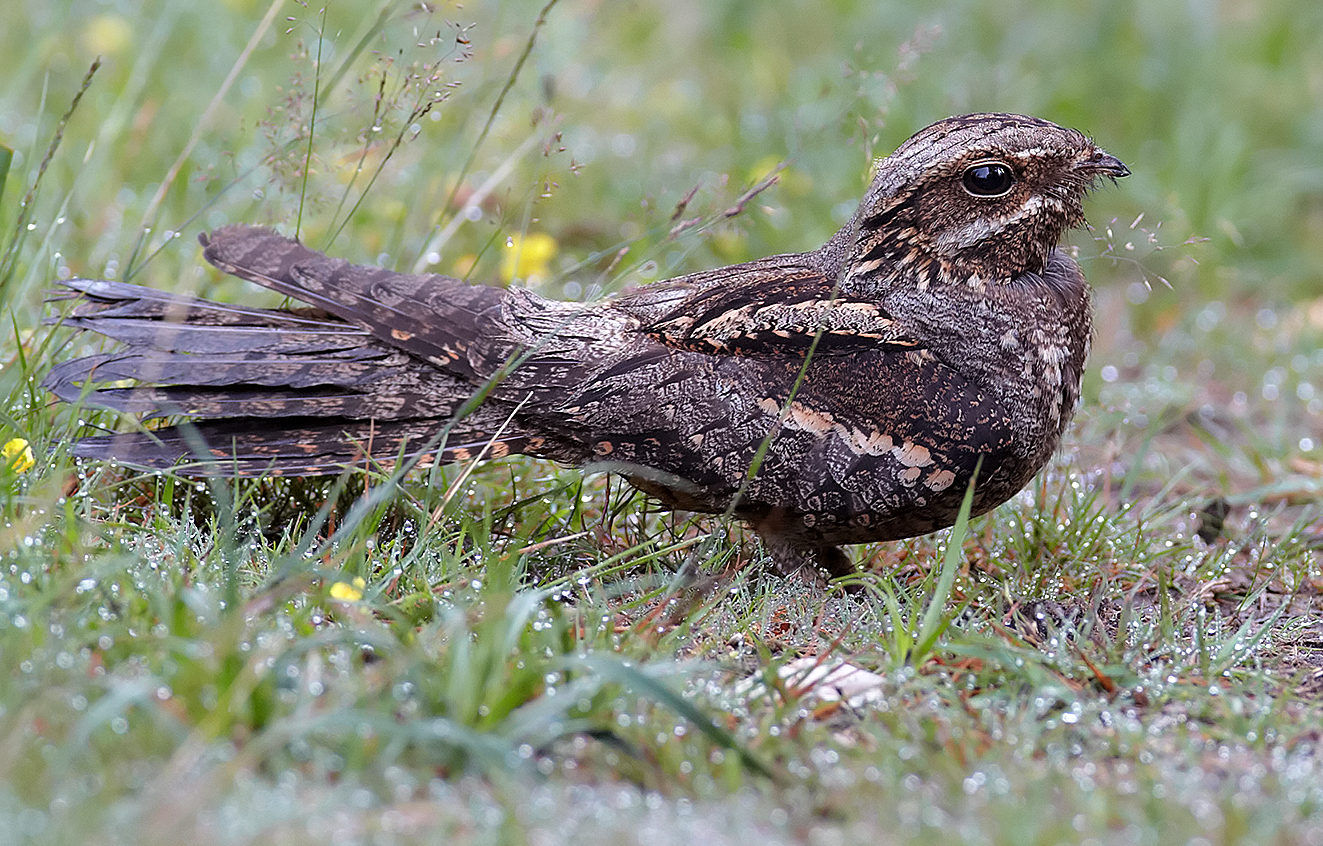 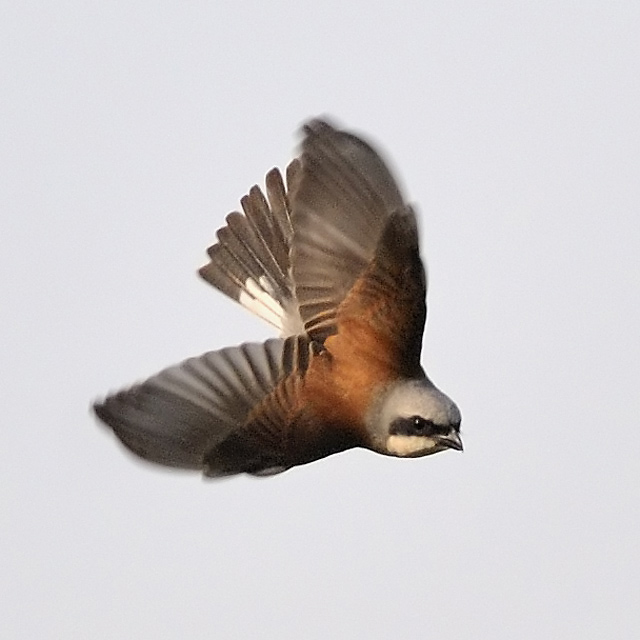 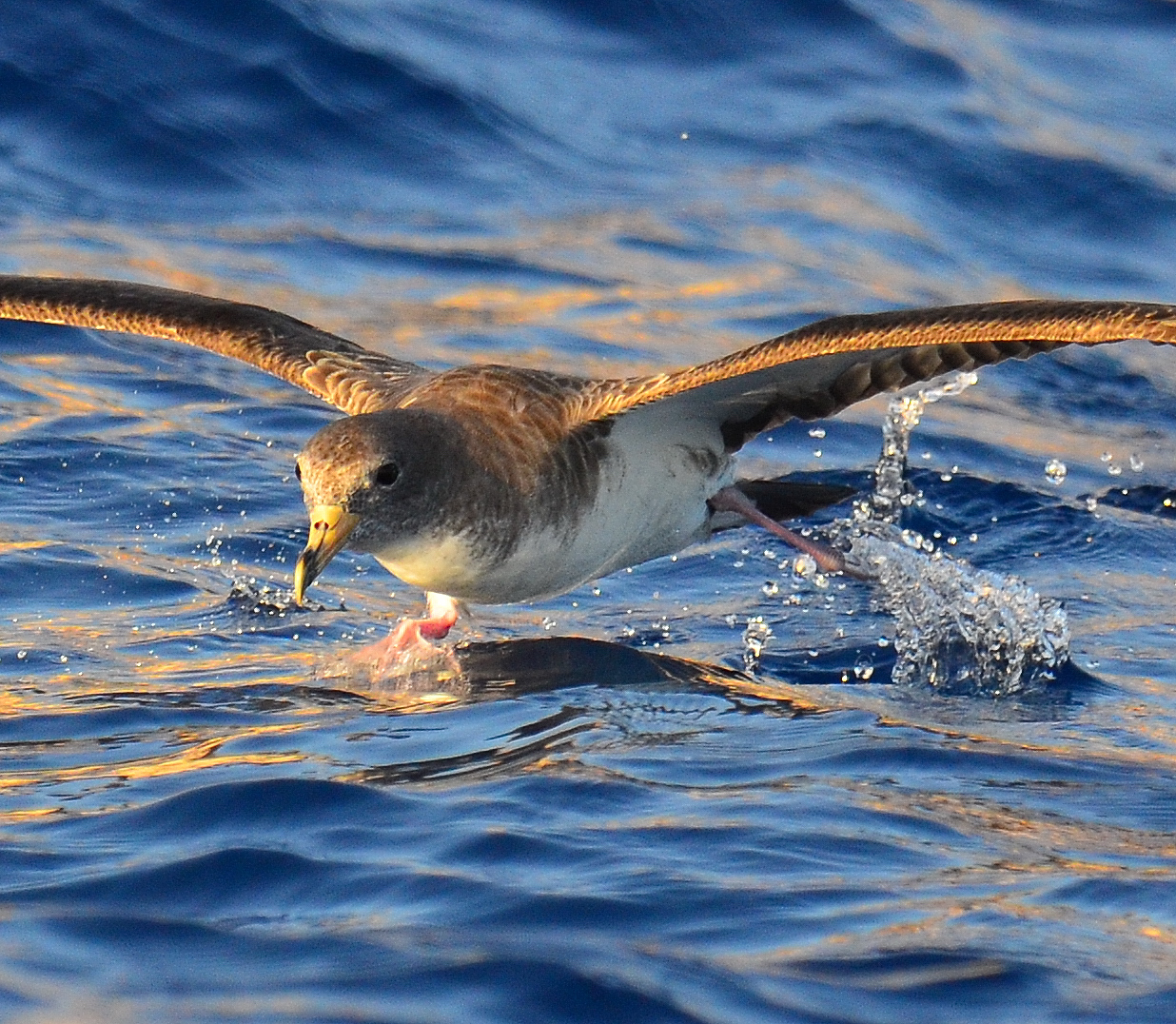 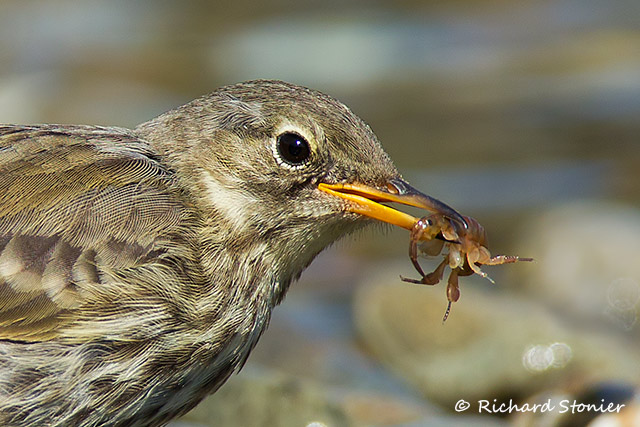 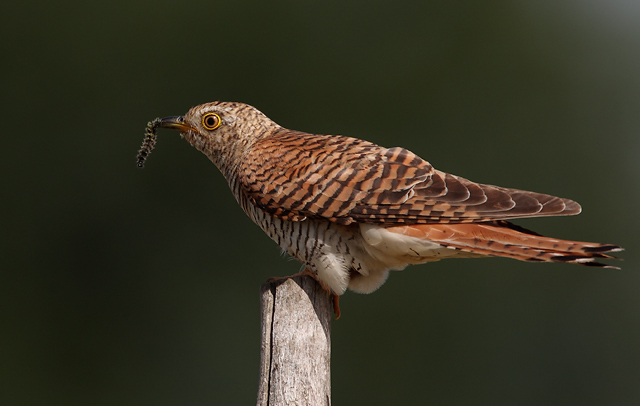 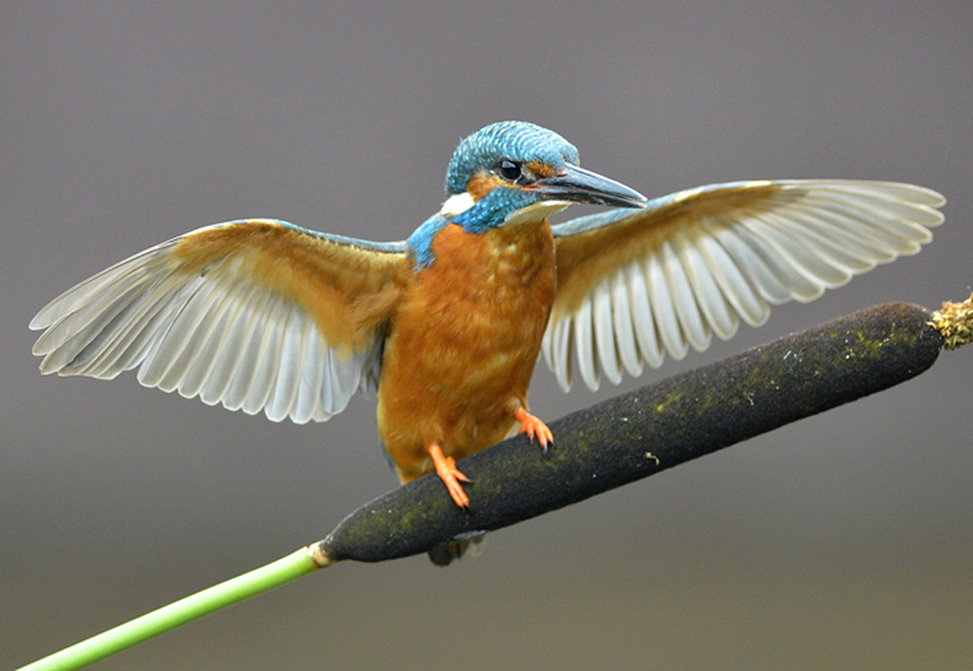 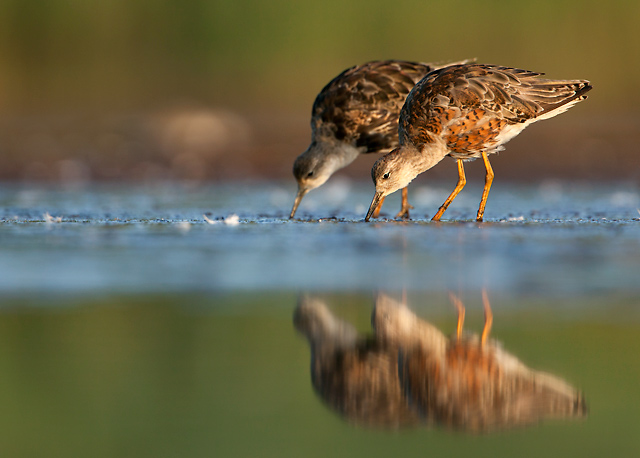 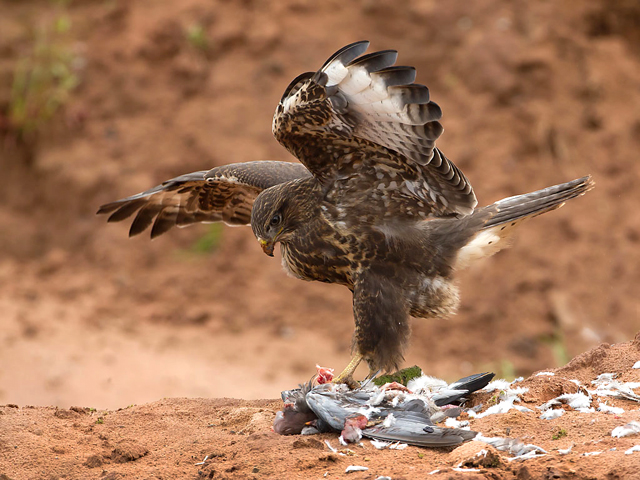 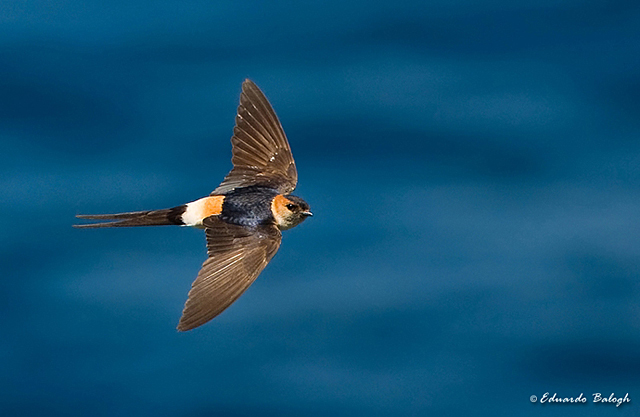 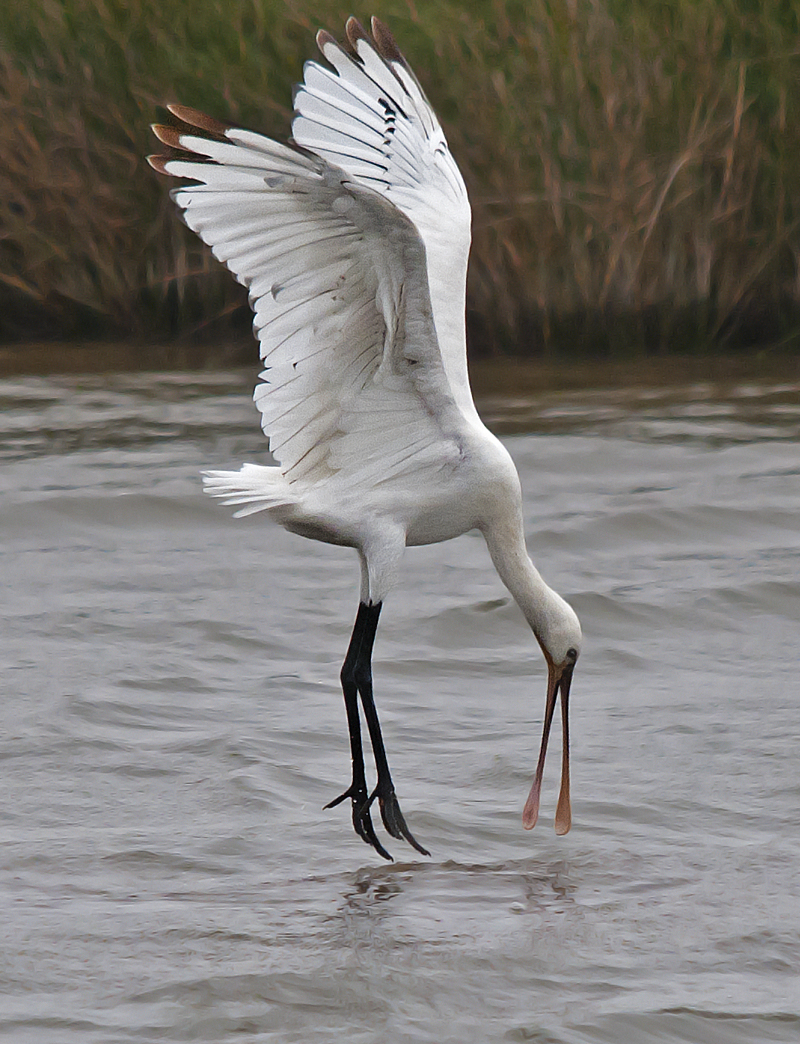