The early part of the week proved gloriously springlike, with settled conditions and mild temperatures encouraging summer migrants to advance on the early showing reported in last week's review. Northern Wheatear and Sand Martin were again numerous but there were also a few Ring Ouzels (Dorset, Berkshire and Durham) as well as Swallows, House Martins, White Wagtails, Garganey and Ospreys. Yellow Wagtail was reported as early as 14th (over Buckingham), with a second over Worthing, W Sussex, on 17th. Although conditions deteriorated and temperatures tumbled over the weekend, the northward march continued and, by 17th, Wheatear tallies included 40+ at Portland Bill, Dorset, suggesting that they were both widespread and plentiful in the south by the end of the week. 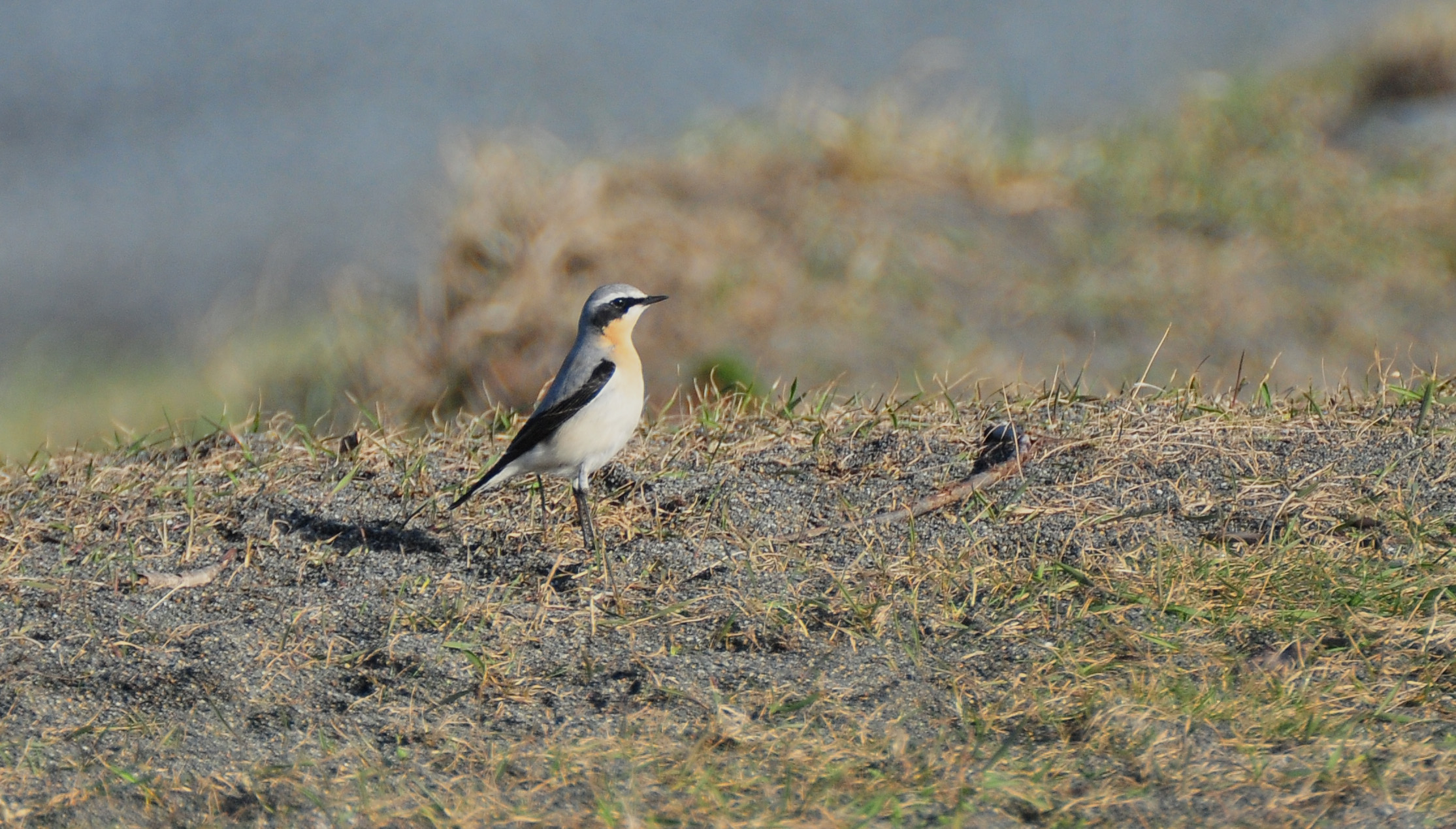 Despite the rush of northbound migrants, our long-staying winter highlights remain well settled. Both Harlequin Ducks can still be found at their respective locations in Aberdeenshire and Highland: the young drake still on the River Don in Aberdeen and the female loitering offshore at Brora. The Pacific Diver continues to frequent Mount's Bay, Cornwall, being seen off Marazion on 15th. Though there was no news on the Irish individual, the Hebridean American Coot remained at Balranald, North Uist, and the Black Scoter was still off Rossbeigh, Co Kerry. 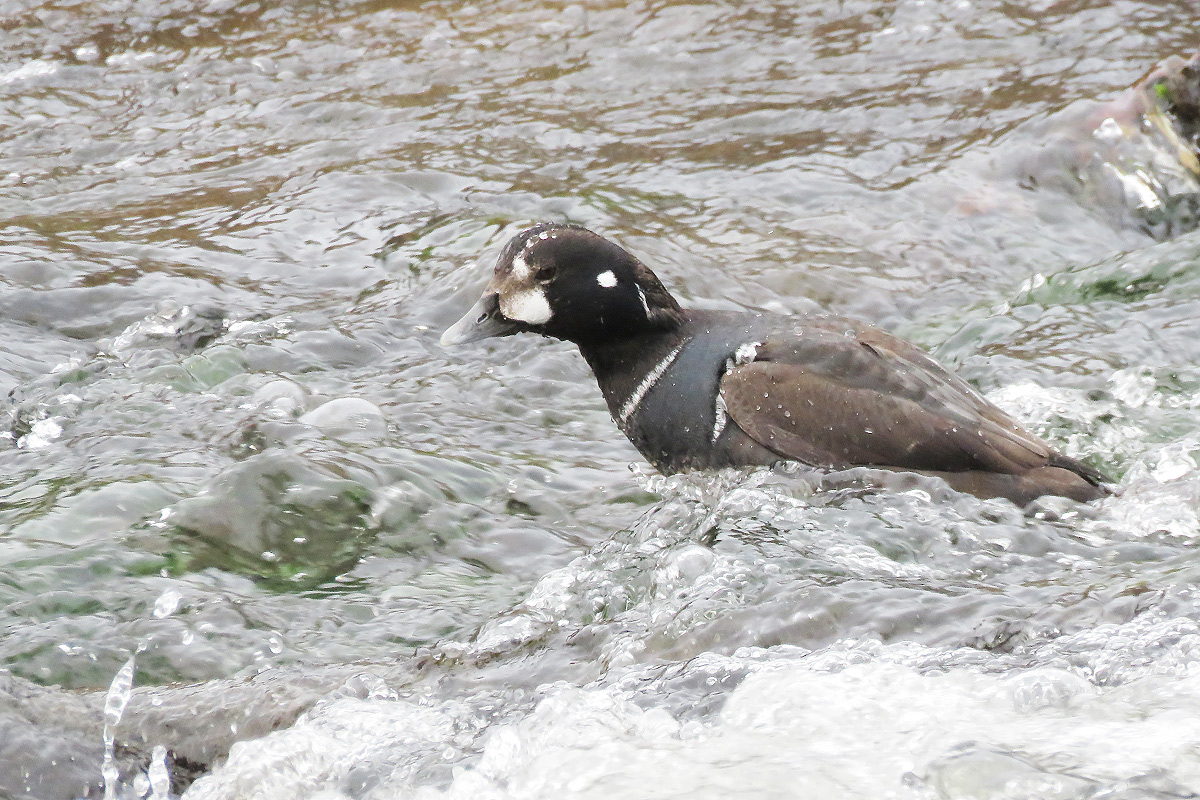 A White-billed Diver was seen flying past Balranald, North Uist, on 14th and a long-stayer was still in Bluemull Sound, Shetland, on 13th. One off Portsoy, Aberdeenshire, on 13th will presumably be the first of many there this spring. King Eiders remained off Maenporth, Cornwall, and Ruddon's Point, Fife, while half-a-dozen Surf Scoter included a new drake off Ben Head, Co Meath, from 12th in addition to lingering birds in Fife, Lothian, Suffolk, Co Clare and Co Wexford.

Last week's drake Lesser Scaup at Lough Gara, Co Sligo, lingered to 14th, while the Glamorgan drake relocated to its other favoured haunt, Cosmeston Lakes, and the Co Cavan drake was still at Parisee Lough. The Ayrshire drake was also still at Martnaham Loch on 16th. In neighbouring Dumfries & Galloway, the two female Ring-necked Ducks prolonged their stay at Carlingwark Loch to 17th. Another female remained at Billing Gravel Pits, Northants, while a new drake was on the Ouse Washes, Cambs, on 16th. Somerset's mobile drake was at Wimbleball Lake from 14th, while others remained on Orkney and in Co Donegal and Co Waterford. 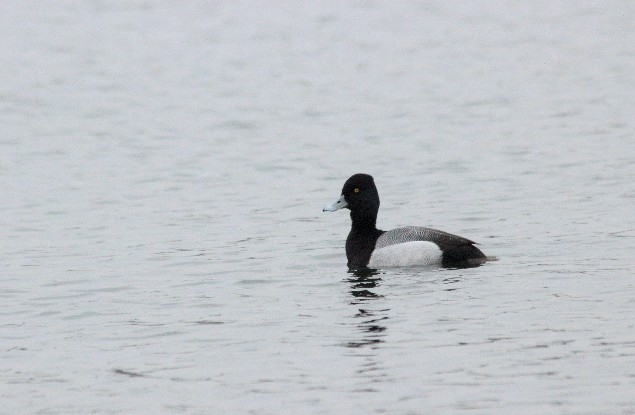 The American Black Duck notched up another week on Tresco, Scilly, and the Blue-winged Teal stuck around at The Shunan, Orkney — another, reported from Coward's Marsh, Dorset, later turned out to be a hybrid, presumably with Shoveler. American Wigeon continued at Holme Pierrepont, Notts; Normanton, W Yorks; Fairlie, Ayrshire; and Tullaghan, Co Leitrim. Six Green-winged Teal were seen, in Gloucestershire, Cleveland, Dumfries & Galloway, Orkney, Outer Hebrides and Co Antrim. 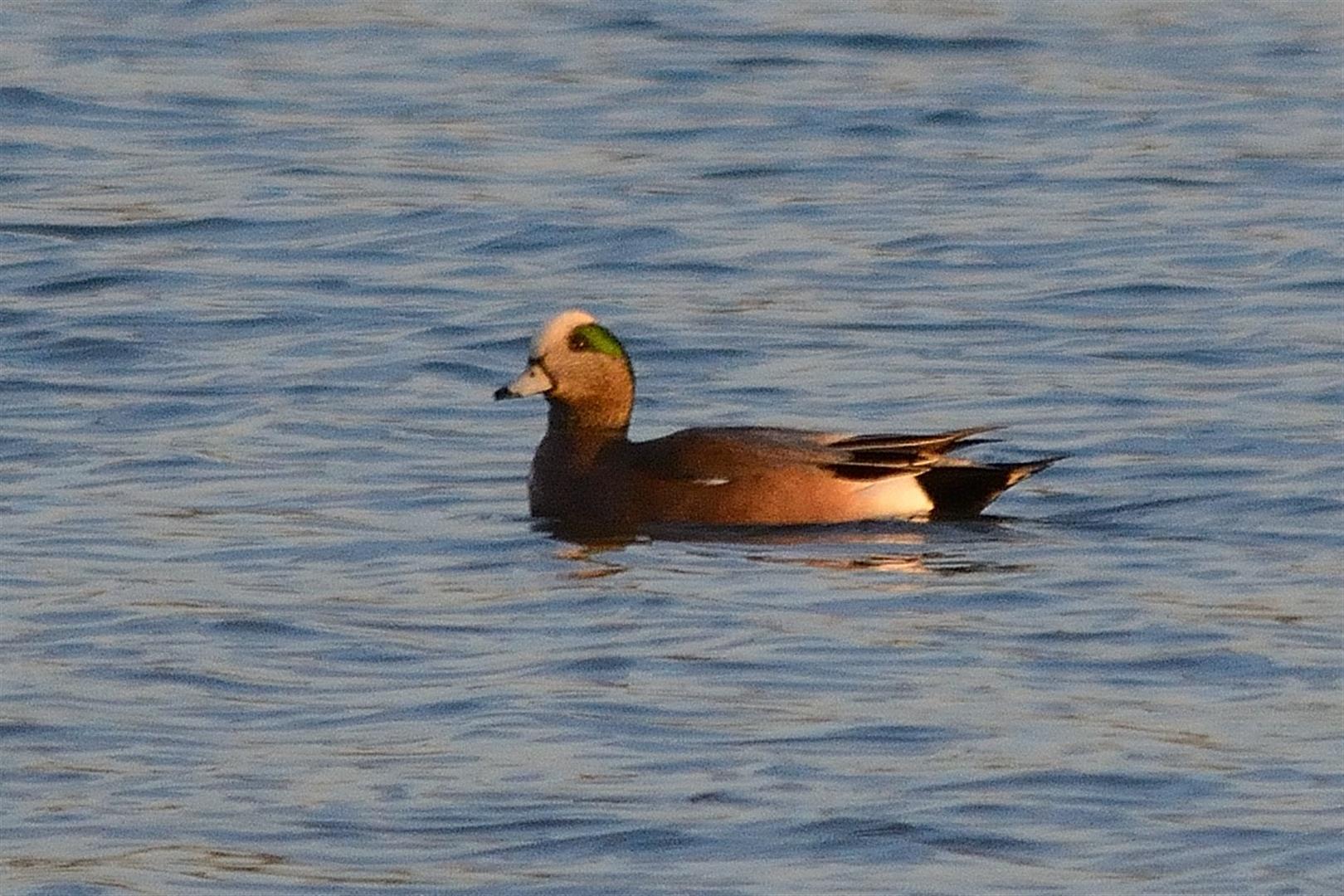 The Ross's Goose moved from Northumberland to Forth, where it was present near Tullibody from 11–14th. A white-morph Snow Goose at Saltholme, Cleveland, during the week is presumably not one to get excited about. A Richardson's Cackling Goose continued to entertain visitors to Islay, Argyll, while the Lesser Canada Goose was still at Wexford Wildfowl Reserve on 14th; three Canada Geese were with Barnacle Geese at Roonah Lough, Co Mayo, on 16th. Adult and first-winter Black Brants remained at Kilnsea, E Yorks, with further birds in Suffolk, Hampshire and Devon.

The ever-present Cattle Egret double act remained at Dungeness, Kent, throughout the week, and two were also still on Jersey. The Glossy Ibis was also still at Gonalston, Notts, and the Essex bird was seen again at Bowers Marsh on 14th. 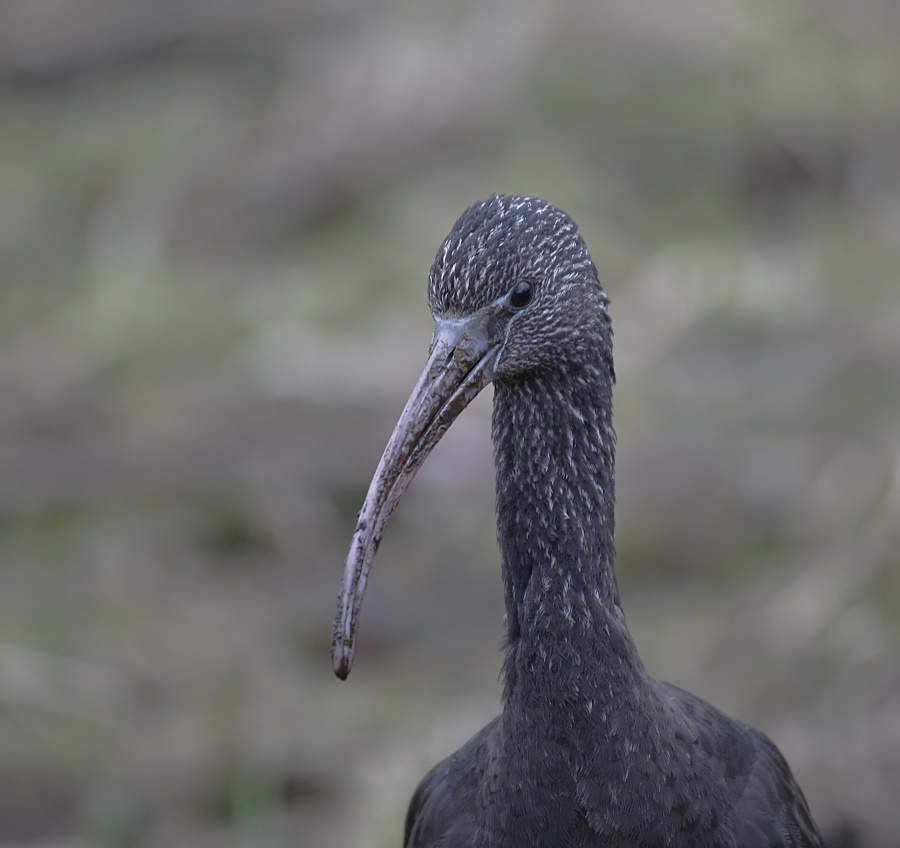 Causing great entertainment this week was an immature White-tailed Eagle on tour in East Anglia. First reported at North Fambridge, Essex, on 14th (having been seen there the previous evening), the bird proved a complete pain to pin down over the following days. It flew over Wivenhoe, Rayne and Manningtree that day before being relocated at Mickle Mere, Suffolk, mid-morning on 15th. Here it was seen on the ground — not for long, as it was soon in Norfolk airspace, over North Pickenham and then Swaffham. By late afternoon it had reached the north coast, being noted lumbering over Warham Greens. The following morning the bird made its way eastwards from Cley to Cromer, giving observers fine views as it flew along the cliffs. It then turned inland and was later seen over Hickling, with final sightings on 17th back in Suffolk — over Bungay, Homersfield and Woodbridge. Interestingly it bears a ring, though quite where this stunning bird has originated still remains a mystery. 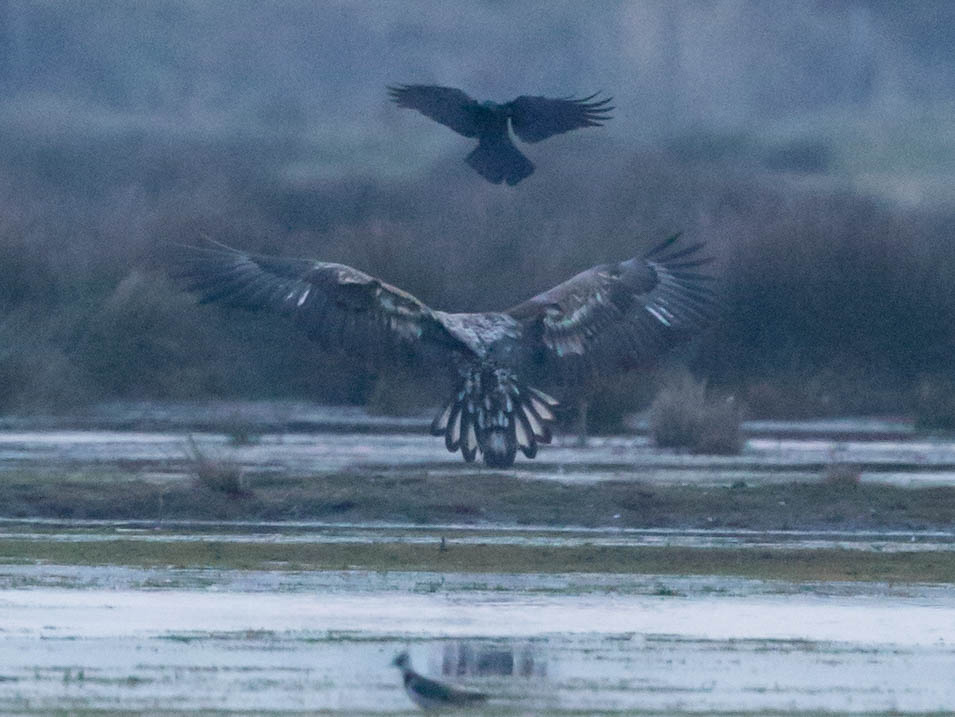 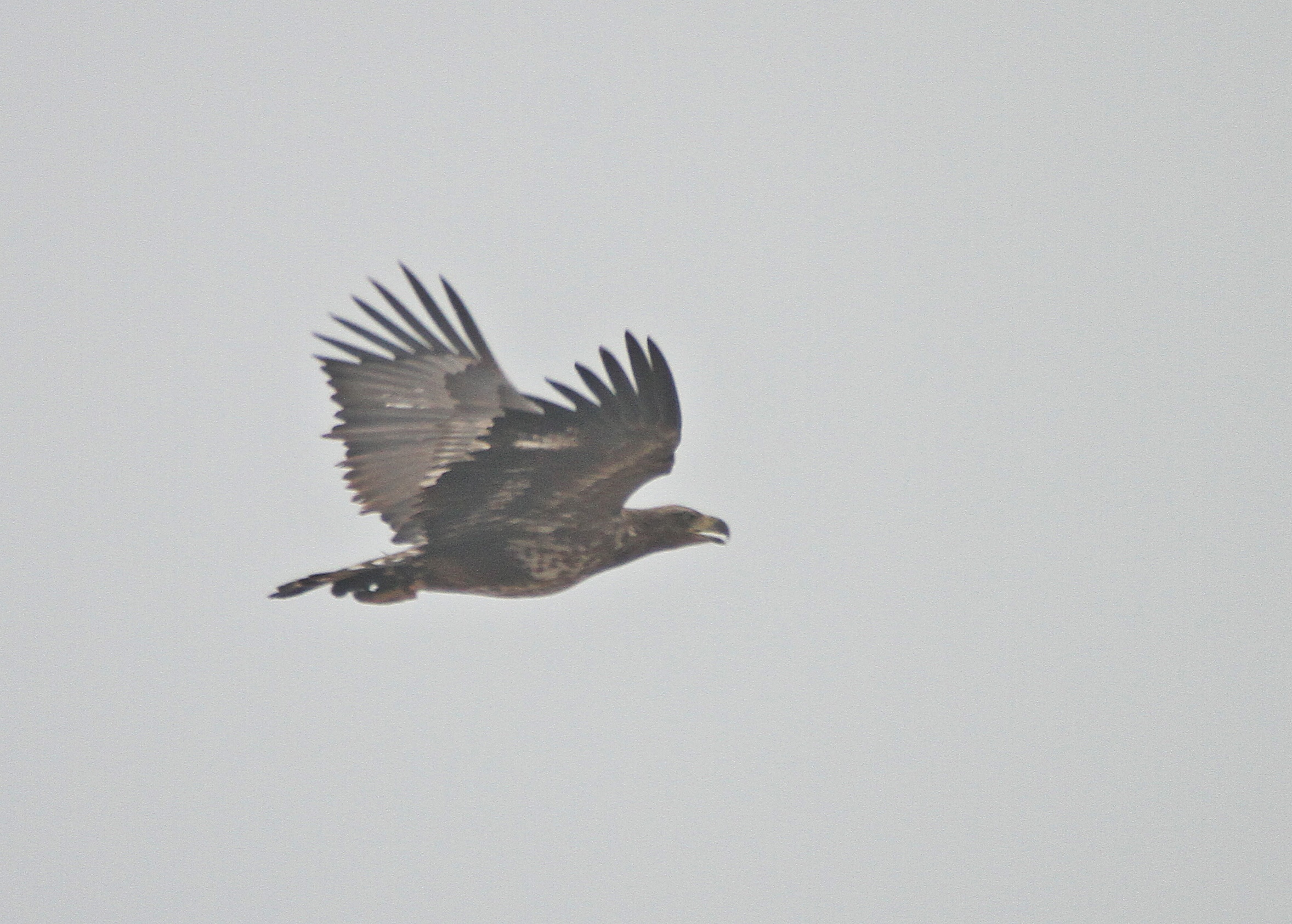 Once again Lesser Yellowlegs hogged the shorebird limelight — in addition to the reliable bird at Rogerstown Estuary, Co Dublin, the East Sussex bird was reported again at Rye Harbour on 11th.

A fine first-winter American Herring Gull was discovered at Cahermore, Co Cork, on 15th; a second-winter was reported in Cornwall at Drift Reservoir the following day. A first-winter Bonaparte's Gull was discovered on the boating lake at Tramore, Co Waterford, and showed well at times from 15th. Dorset's first-winter reappeared at Radipole Lake on 17th, while the adult was still in Cardiff, Glamorgan, on 14th. Meanwhile reliable Laughing Gulls were still hanging around at New Brighton, Cheshire, and Ballycotton, Co Cork. A reasonable minimum of 21 Ring-billed Gulls was noted around Britain and Ireland, with threes at Sandymount, Co Dublin, and Nimmo's Pier, Co Galway, where the Forster's Tern was seen again on 15th. 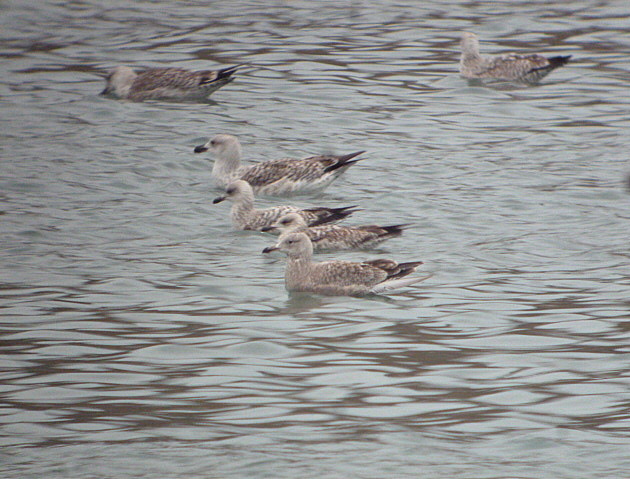 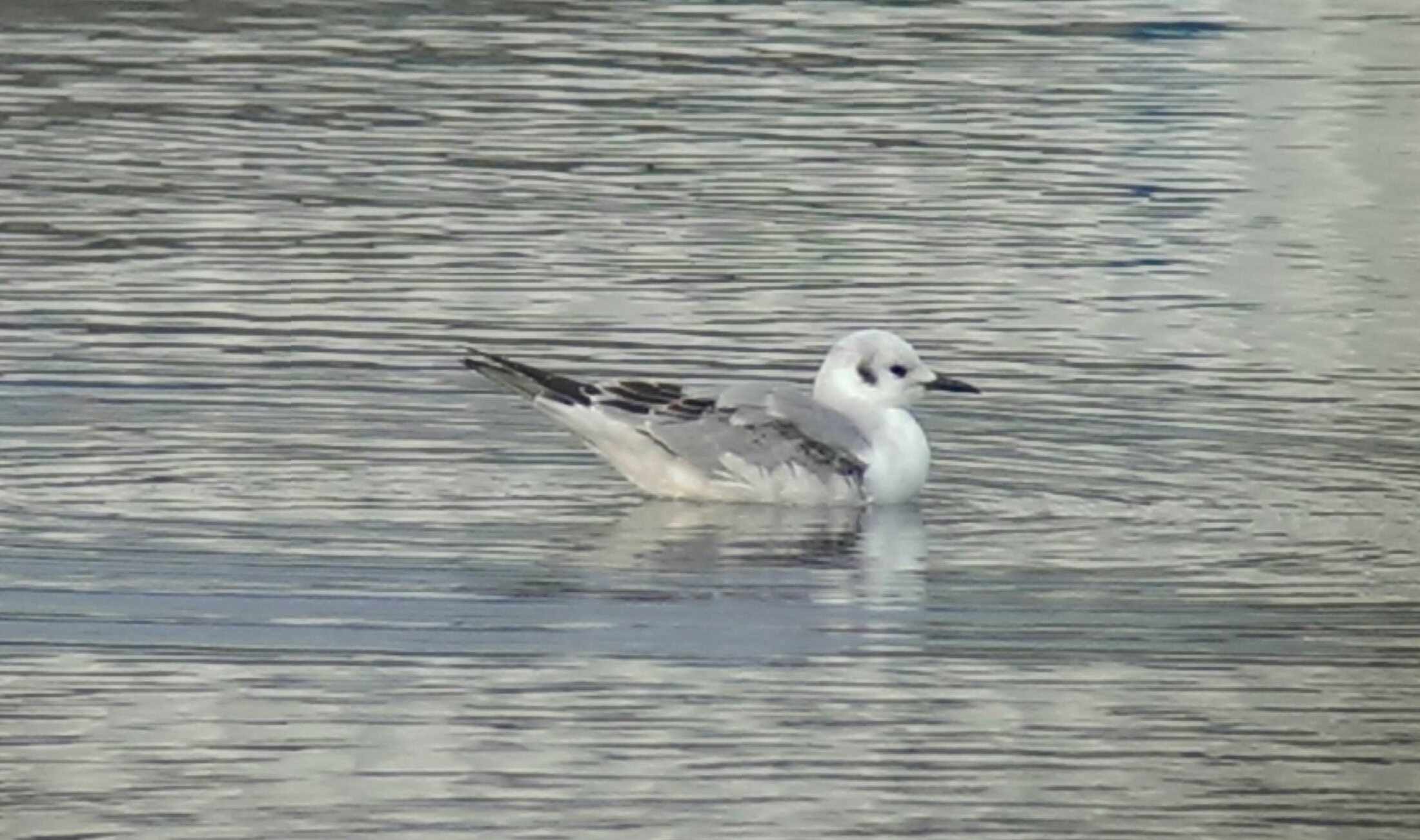 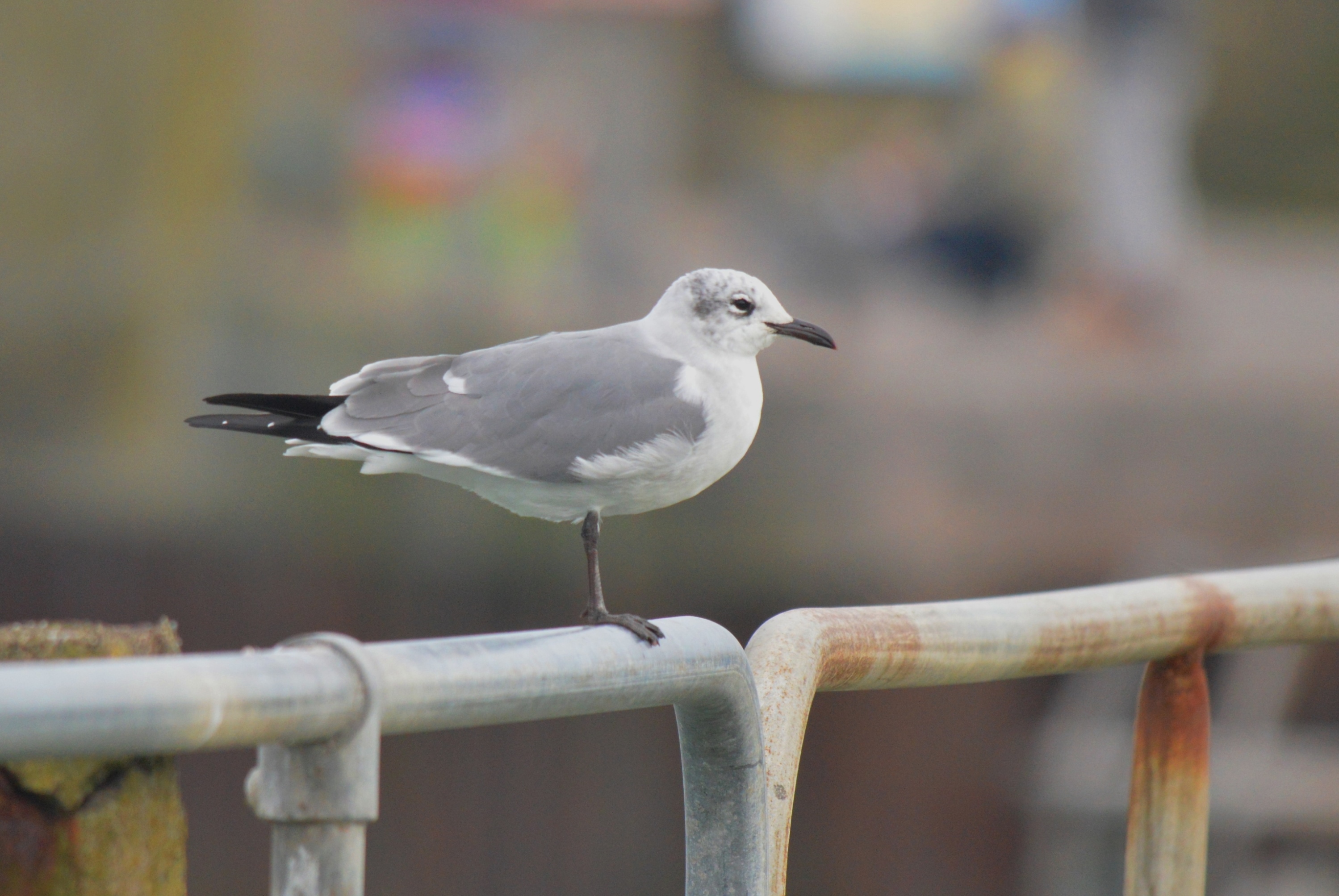 A Richard's Pipit was discovered at the Ouse Estuary Project near Newhaven, E Sussex, on 12th and lingered until 17th. Others were last seen at Breydon Water, Norfolk, on 13th and Parton, Cumbria, on 15th. The Black-bellied Dipper was still to be found on Kelk Beck near Harpham, E Yorks, on 14th and the Shetland bird was still at Voe, Mainland on 13th. Two Penduline Tits hung on at Darts Farm, Devon, throughout the week, while another was reported belatedly from Dyrham, Glos, on 11th.

A Yellow-browed Warbler was at Branscombe sewage works, Devon, on 14–16th, with another still in the county by the Plym Estuary and the Worcestershire bird still at Sedgeberrow sewage works throughout. 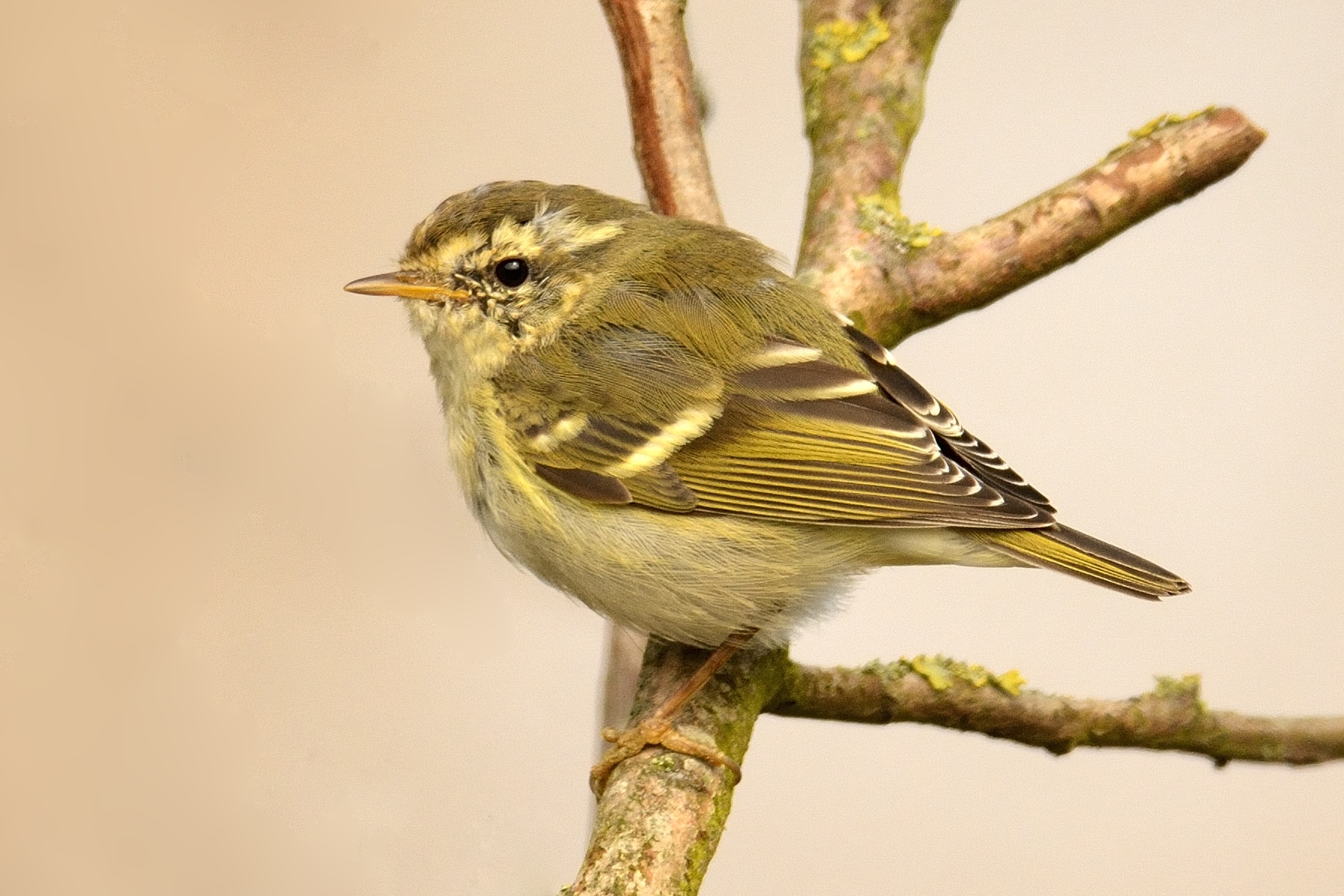 Two male Serins were still frequenting Gunners Park, Essex, throughout the week and a third male — another male — was discovered visiting feeders in a private garden in Washington, Lincs, on 8th. A new Little Bunting was reported from Nanjizal, Cornwall, on 15th, having been present since at least 5th. The other Cornish bird was still near Marazion on 16th, and the Glamorgan bird continued to show well at Forest Farm, Cardiff. 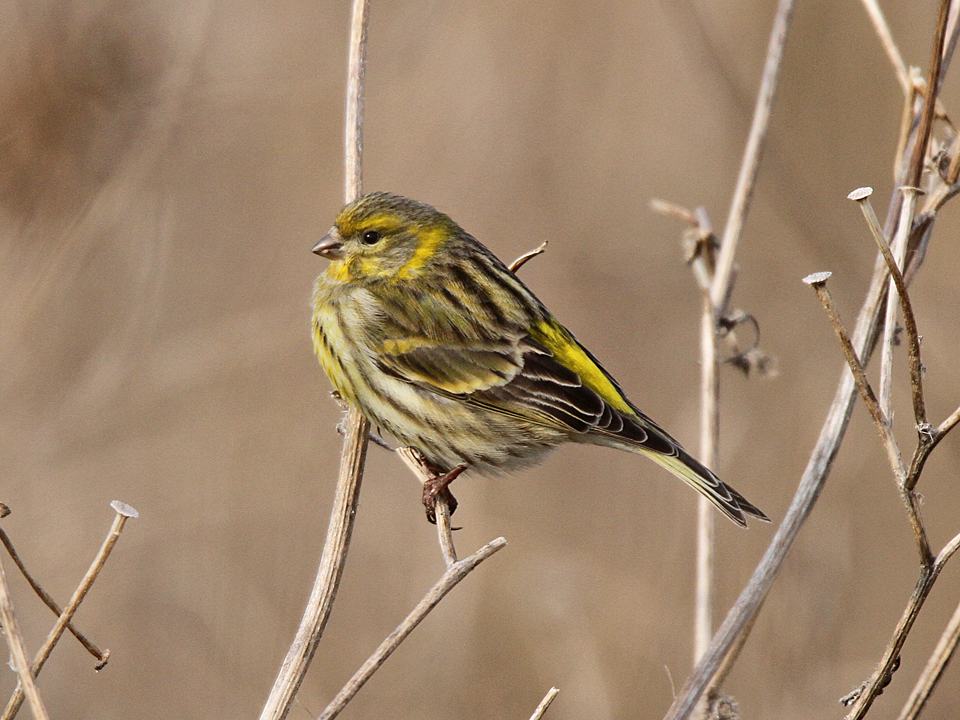 News from Cape Verde concerned the continued presence of both Black Heron and Intermediate Egret at Barragem de Poilão, Santiago, on Sunday. In Spain the Brown Shrike was still at Deltebre, Catalonia, on 14th and the Thayer's Gull was still at San Cibrao, Galicia. 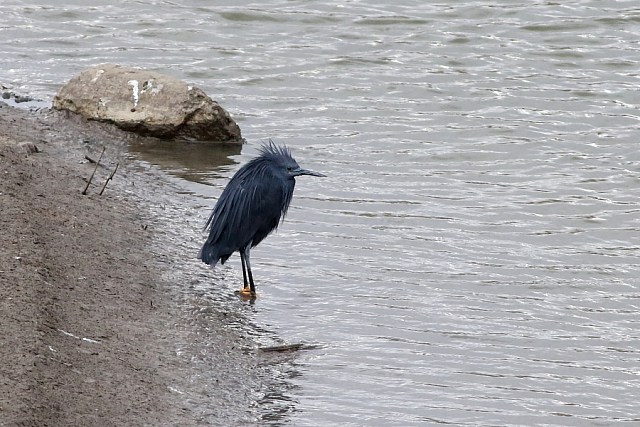 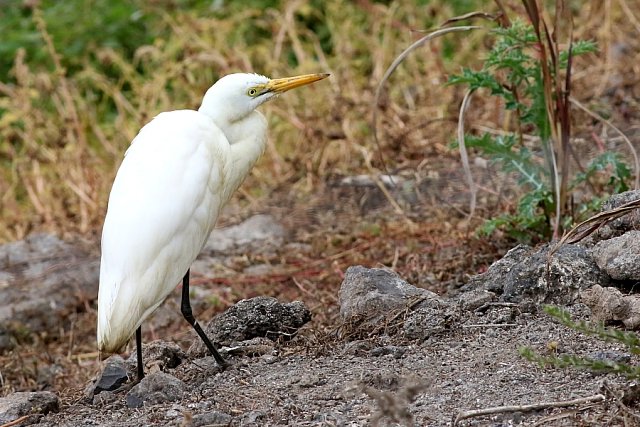 The Dark-eyed Junco continued near Groningen, Netherlands, for another week as did the Wallcreeper at Dinant, Belgium. The Glaucous-winged Gull was seen again at Reykjavík, Iceland, on 12th. Both the Black-throated Accentor and Azure Tit continued in Finland, while last week's Dalmatian Pelican was still in Lódz, Poland.

A female Crimson-winged Finch was at Paphos lighthouse, Cyprus, on 12th, while further signs that migration is well under way included the first Black Bush Robin and Caspian Plover in southern Israel. 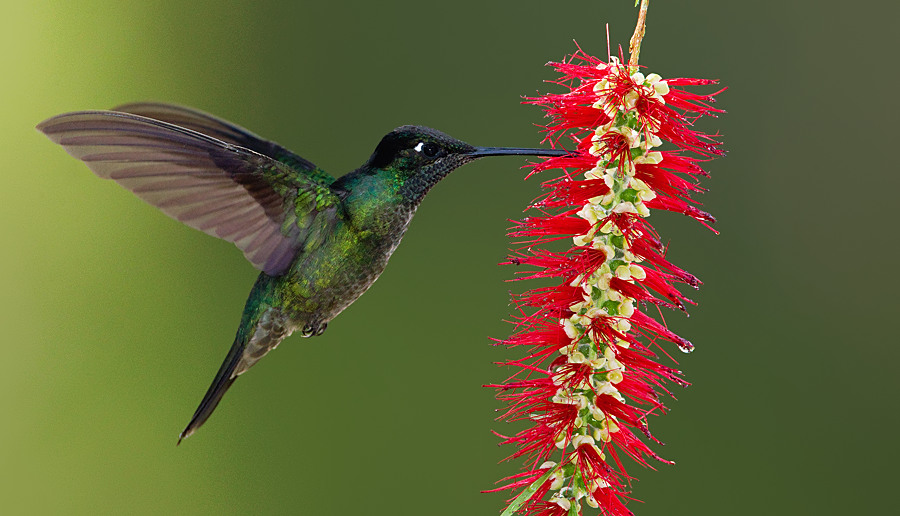 It takes a lot of effort and perseverance to take any flight shots, but hummingbirds are notoriously difficult to capture perfectly, writes Steve Young. Though they are relatively easy to photograph because of their predictable flight paths and propensity for visiting the same feeders or flowers repeatedly, taking pin-sharp images is no mean feat. This week's POTW — a Magnificent Hummingbird in Costa Rica taken by Netherlands-based photographer Paul Cools — shows just what is possible.

Paul used a 500mm lens plus 1.4× converter, ISO1600 and shot at a shutter speed of 1/1600th second; I have to confess I wouldn't have thought that would have been fast enough to freeze all the action but as you can see from this superb image, it was! Beautifully lit with a plain background and a perfect side-on angle, it's hard to see how this shot could have been bettered.

Congratulations to Paul on a great winning shot. 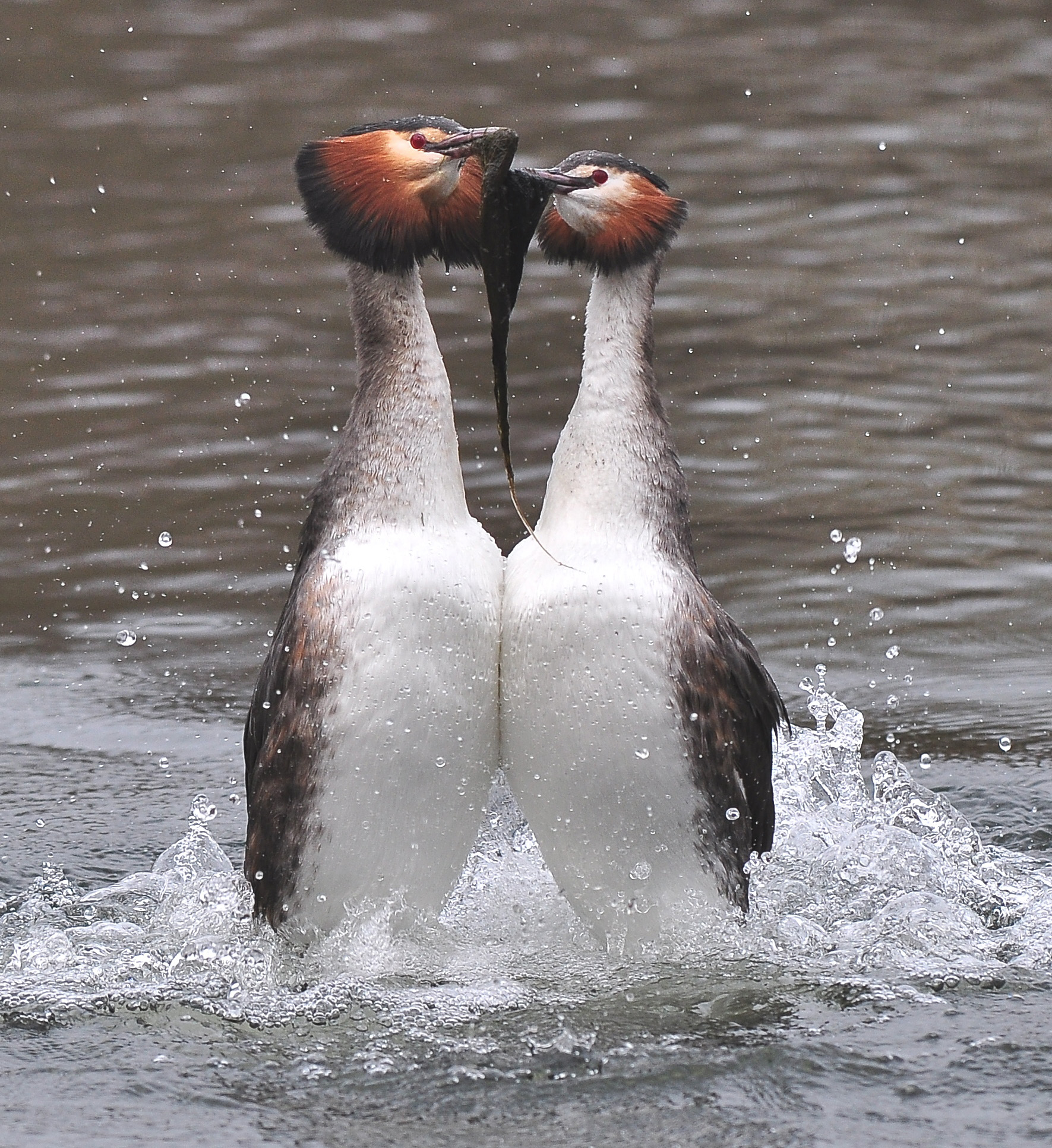 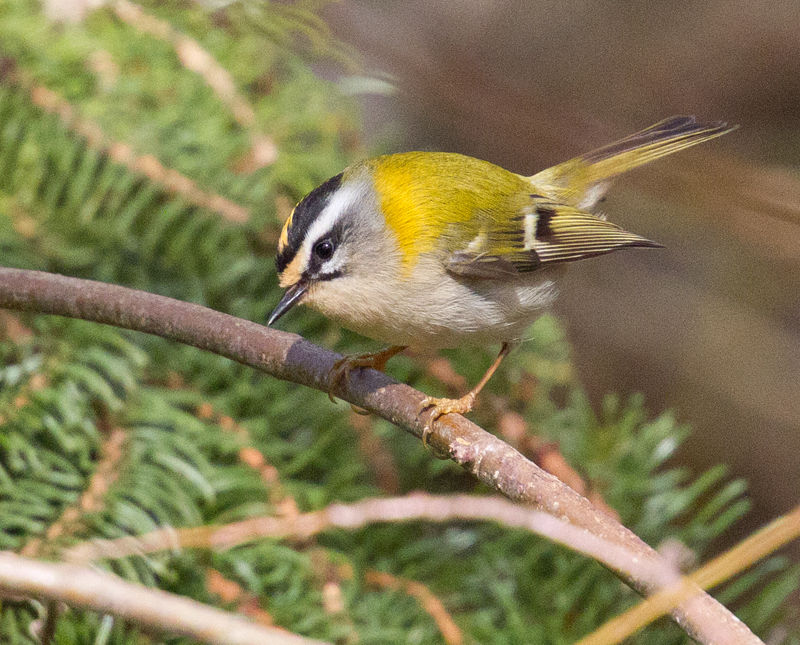 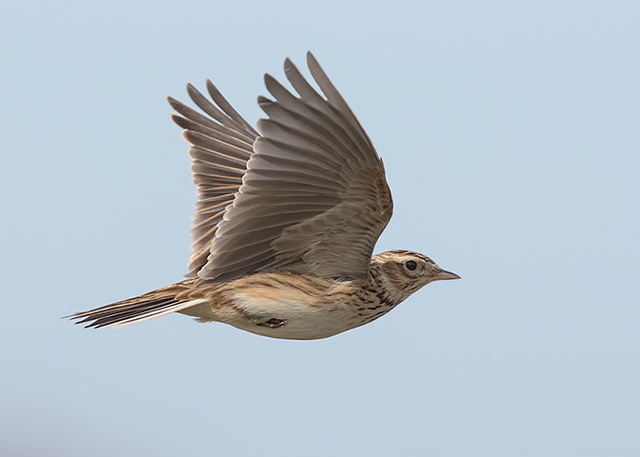 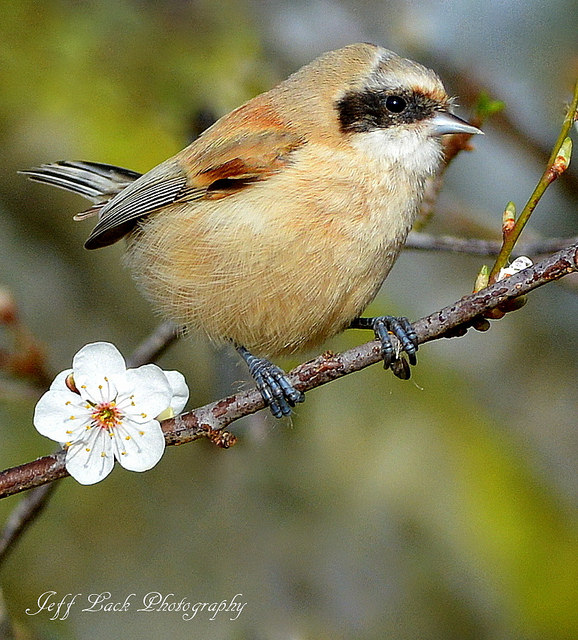 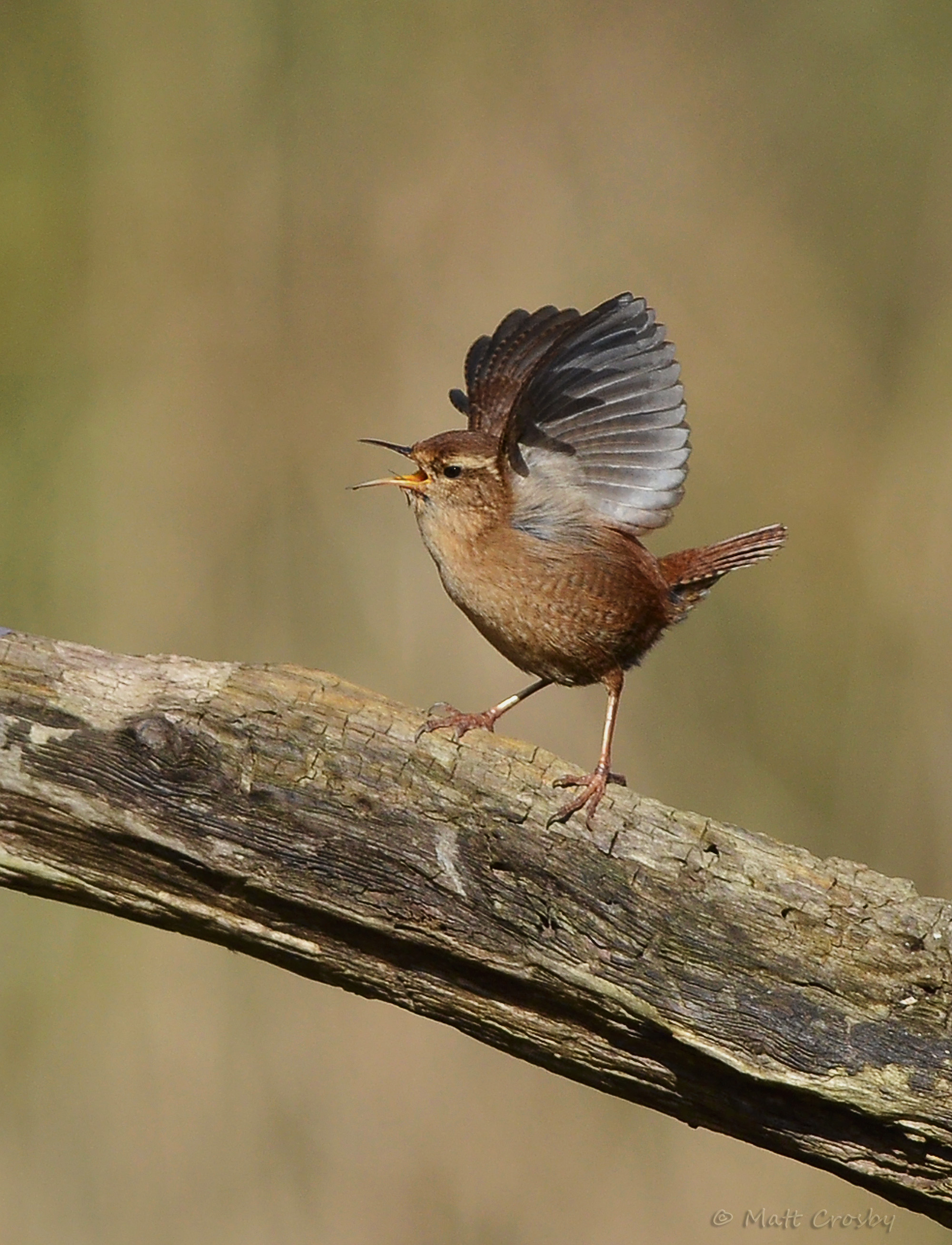 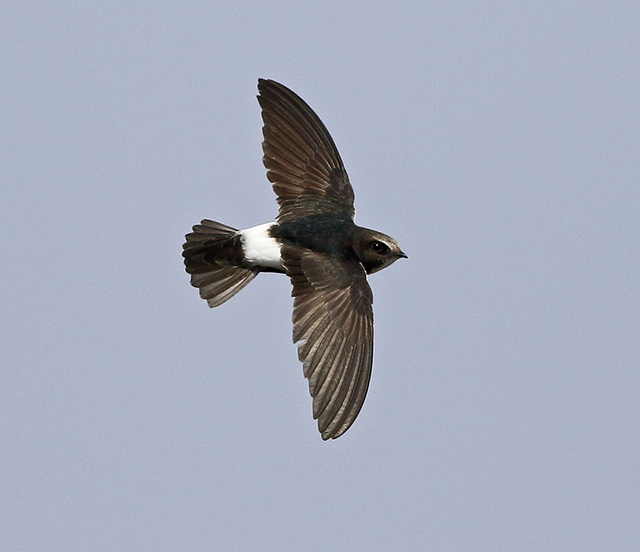 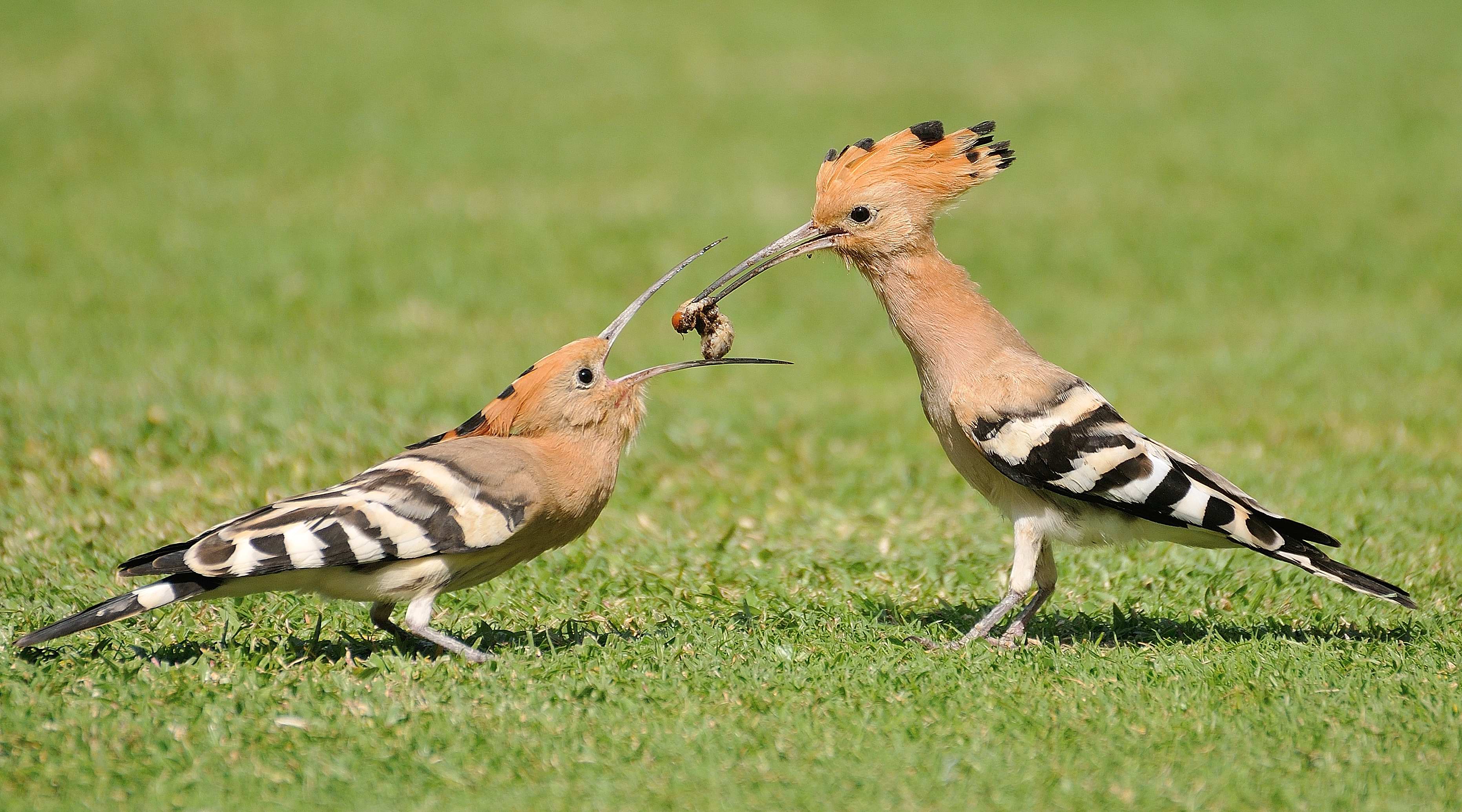 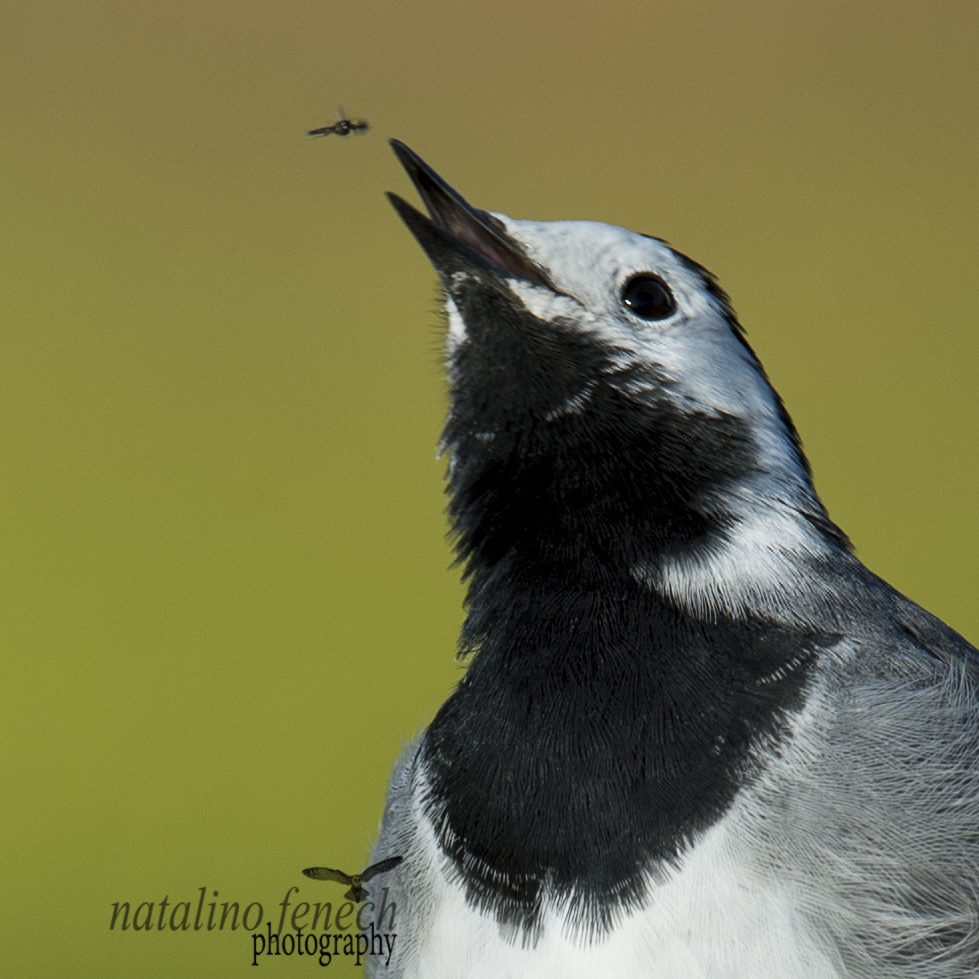 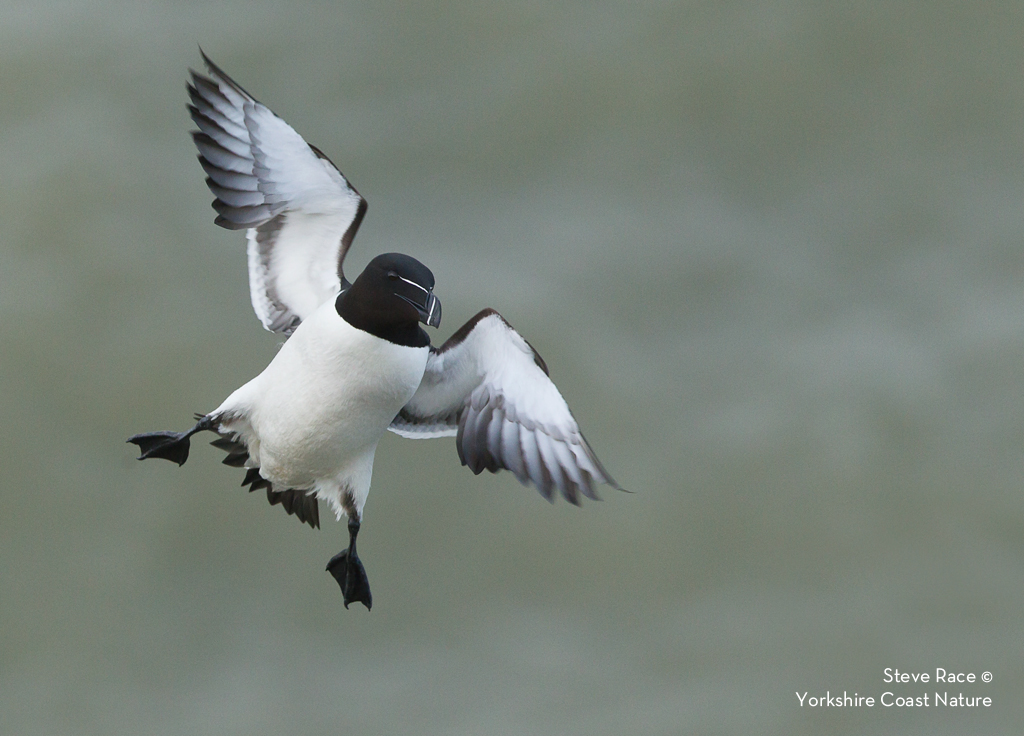 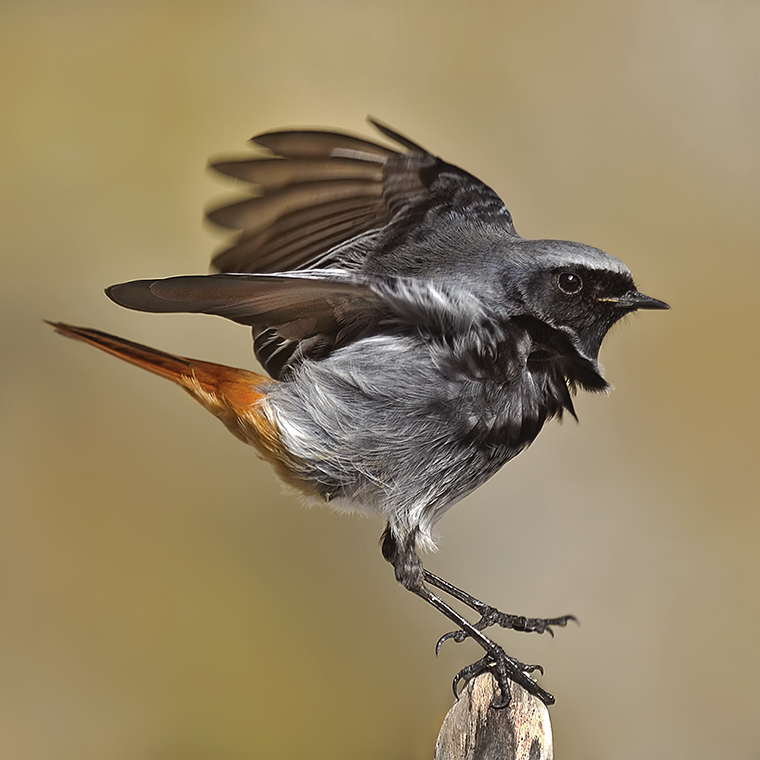