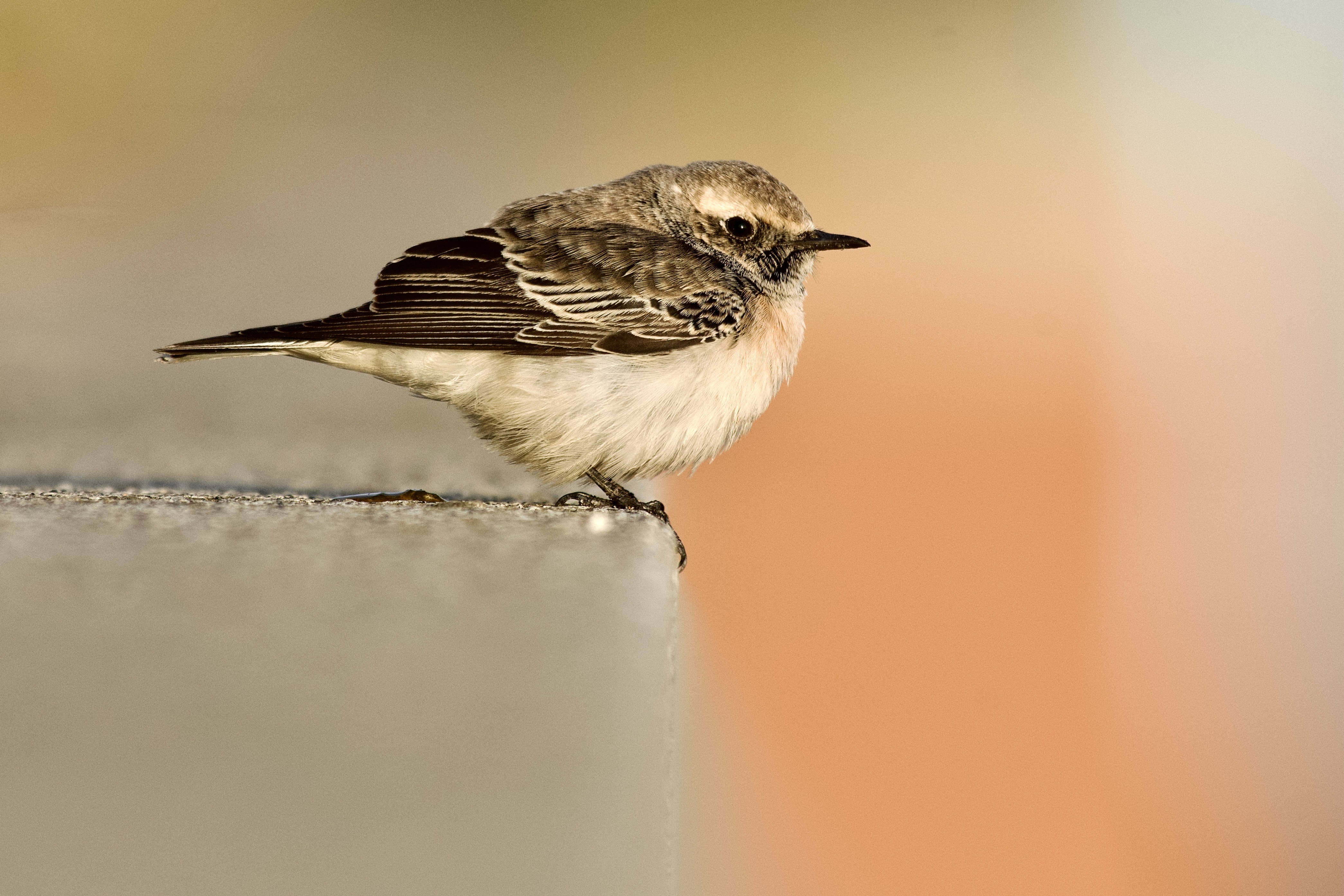 The undoubted star of the opening week of November has been the ridiculously confiding Pied Wheatear along the seafront at Whitley Bay in Northumberland. This fearless eastern vagrant has been entertaining visitors since it appeared on 1st, often frequenting the local skate park.

As is to be expected for such a showy rarity, the BirdGuides gallery has been filled with plenty of shots of this cracking bird, with a number of standout captures. After much deliberation among the BirdGuides team, Jack Bucknall's lovely side-on profile of the bird wins this Monday's Photo of the Week award. By getting level with the whearear, Jack has produced a highly effective shallow depth of field, ensuring that all attention is focused on the star of the show and that even its perch is barely more than a blur. In the gorgeous late autumn sunshine, the wheatear's subtle plumage tones are represented in all their glory, with the complementary orange background adding another pleasing element to the image. Sometimes simplicity is the most effective tool in bird photography. Well done to Jack!