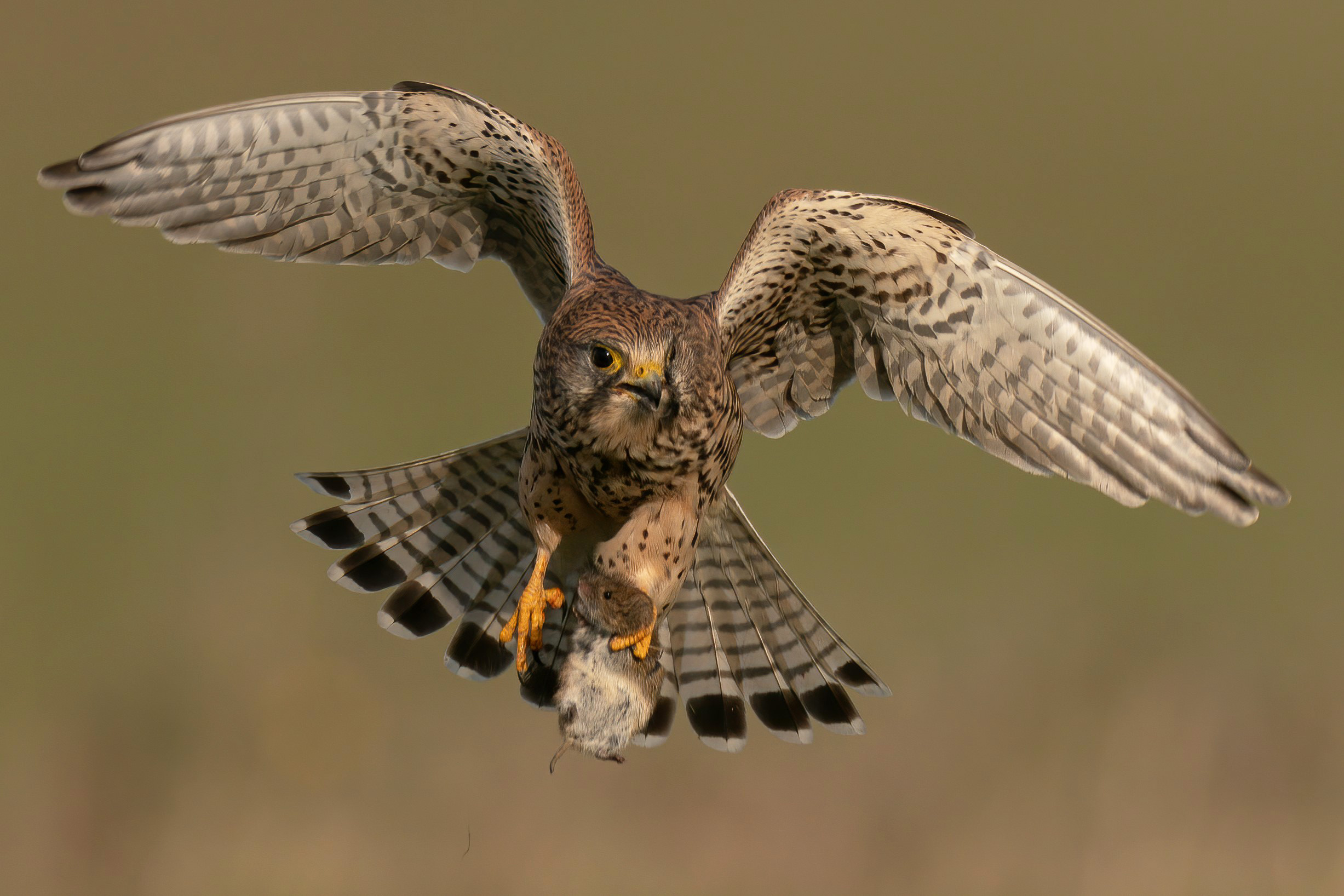 What a phenomenal shot this is from Robin Elliott. As we touched upon in this column a fortnight ago, interactions between predator and prey tend to be brief and elusive affairs, rarely seen well or properly appreciated by humans (birders, photographers or otherwise). This makes photography of such events extremely difficult, so to have framed this Common Kestrel with vole prey so well must have made Robin's day.

Beautiful light conditions have really enhanced this shot, which likely wouldn't have been possible on a dull winter's day. Not only is the kestrel caught in an arresting pose, with its head and body sharp and in focus, but it is the stunned, helpless expression on the rodent's face which really makes this photo stand out. A harsh reminder of the reality of nature, perhaps, but a truly memorable image that Robin deserves to be proud of. 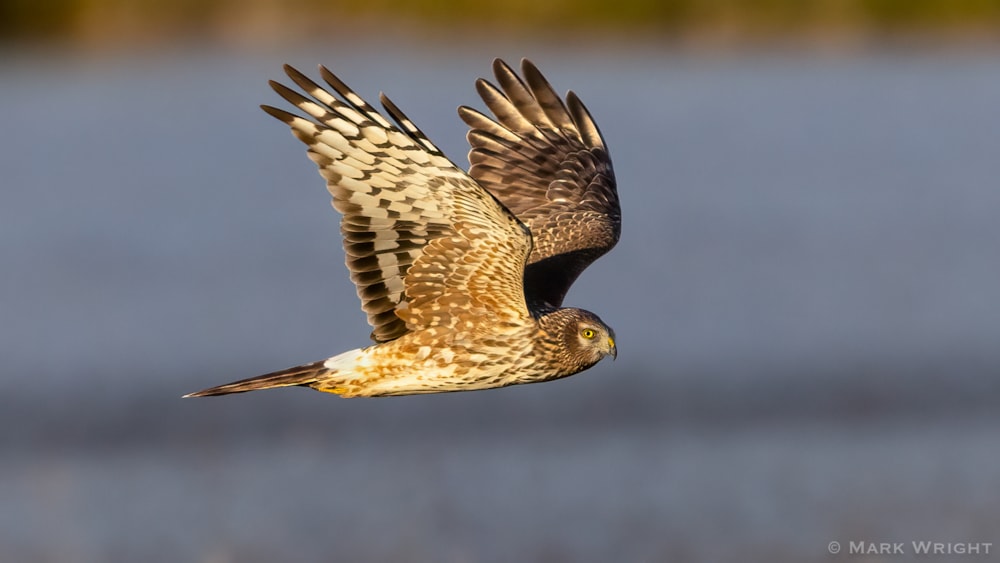 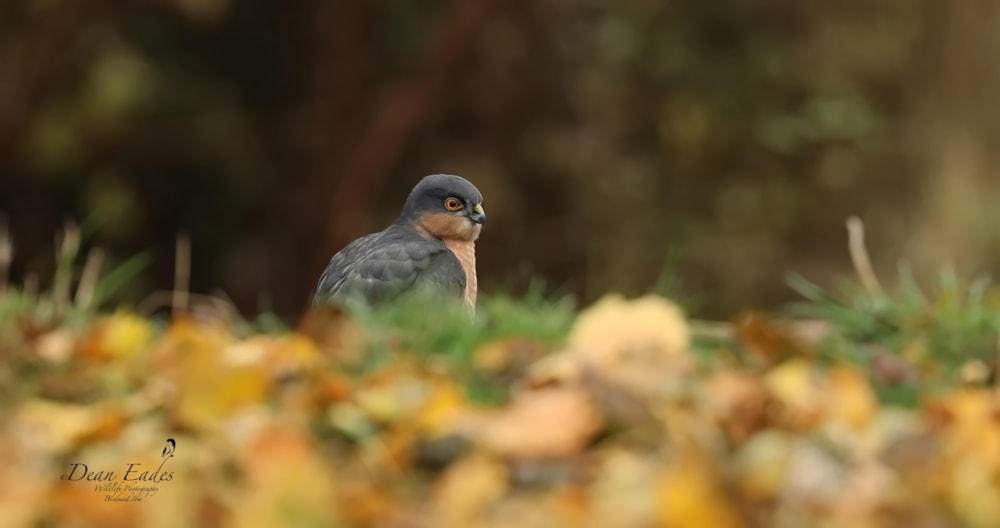 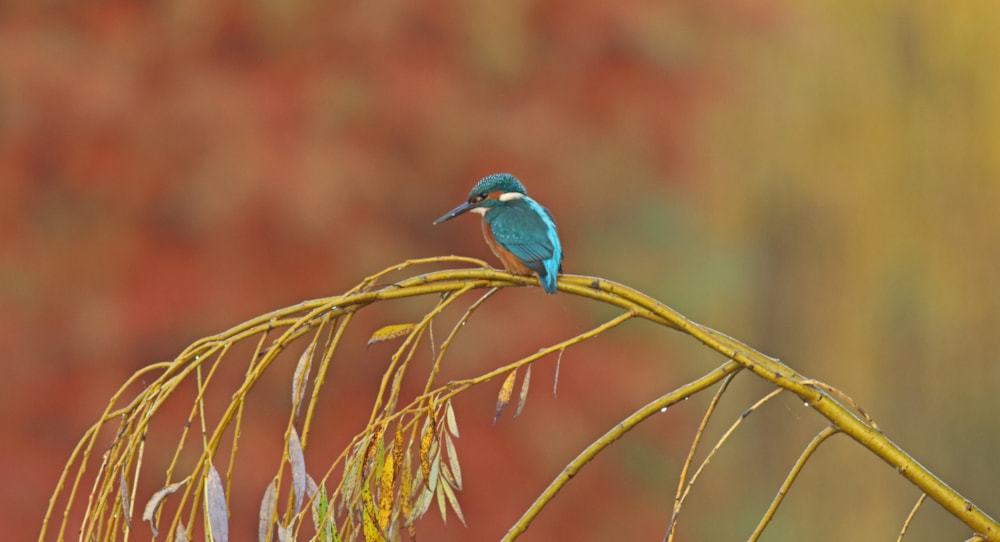 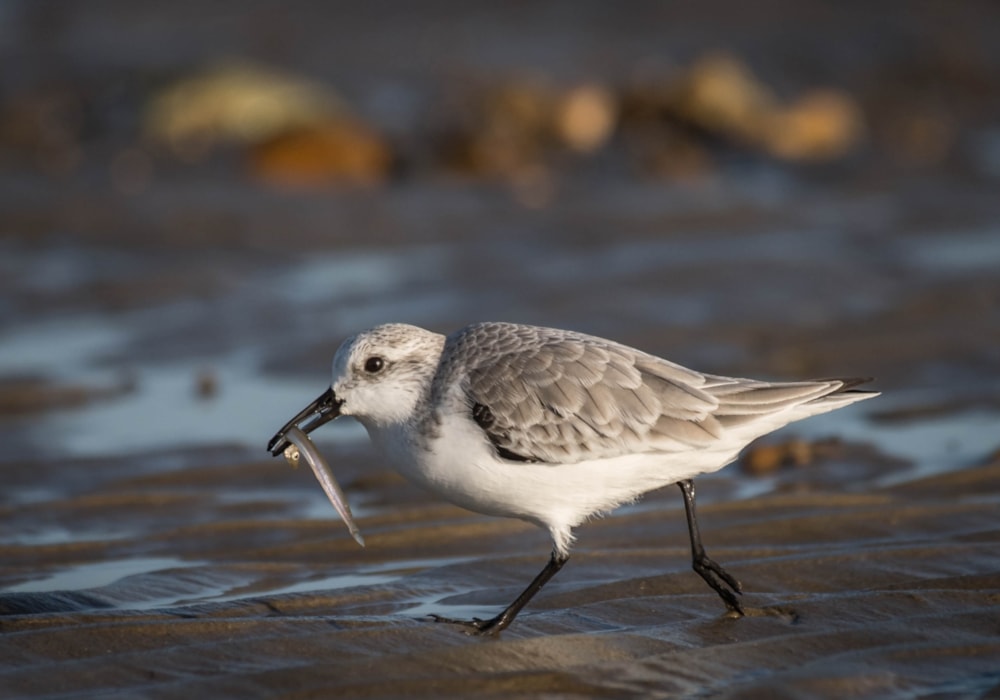 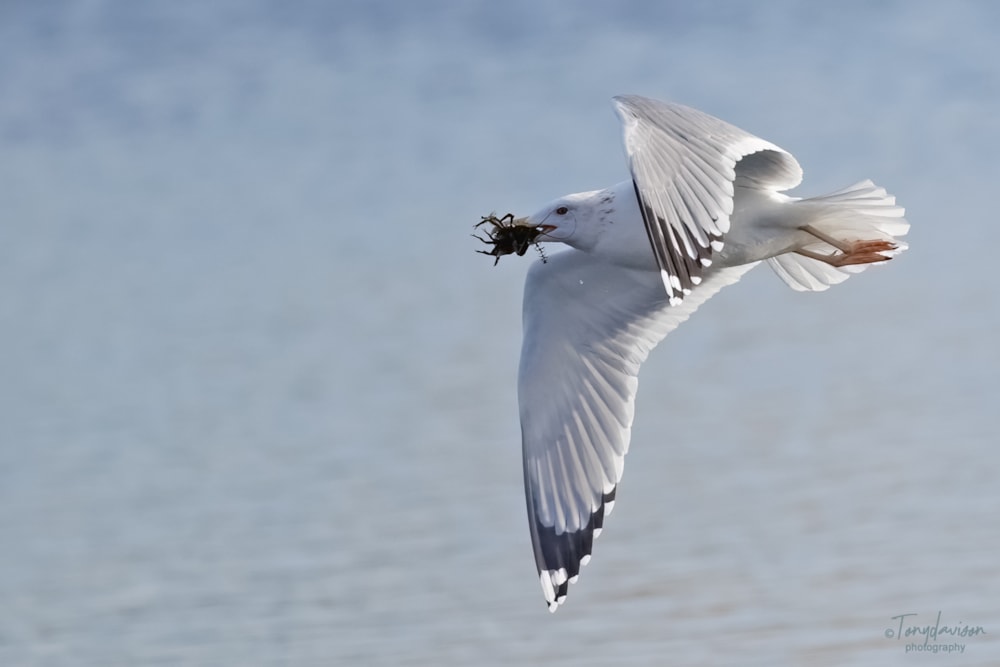 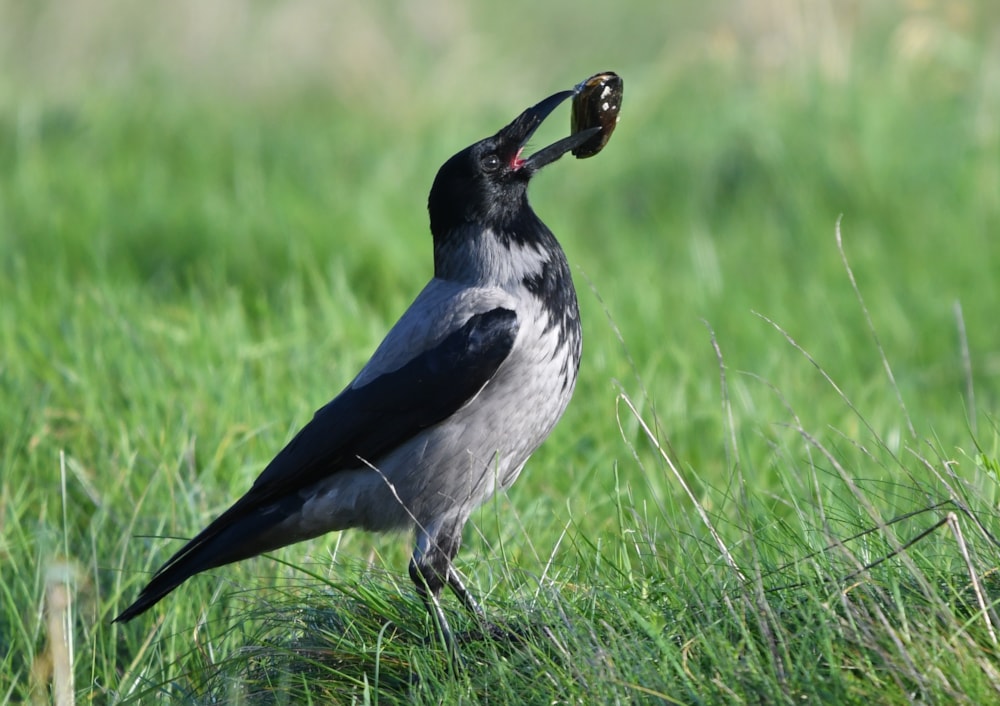 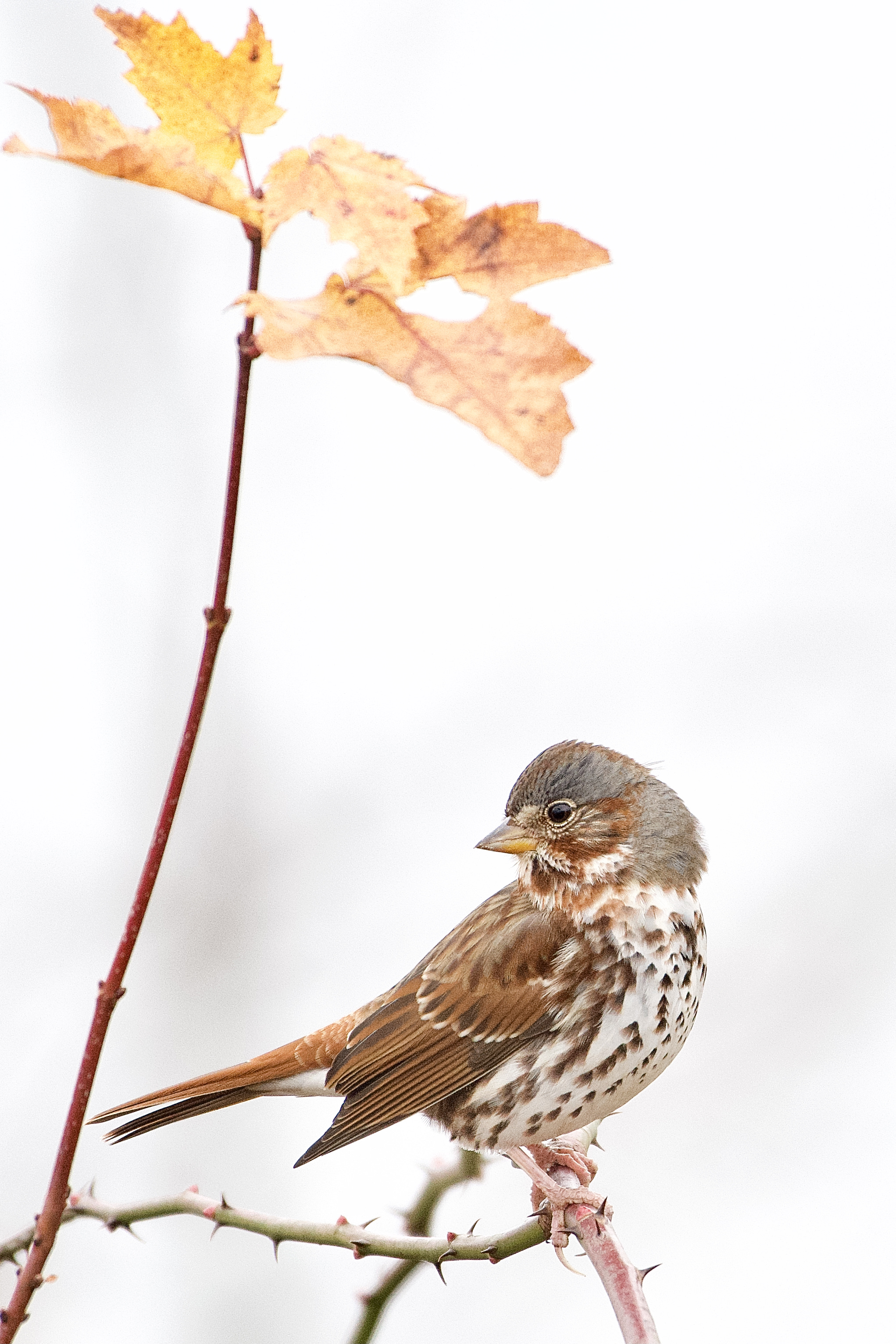 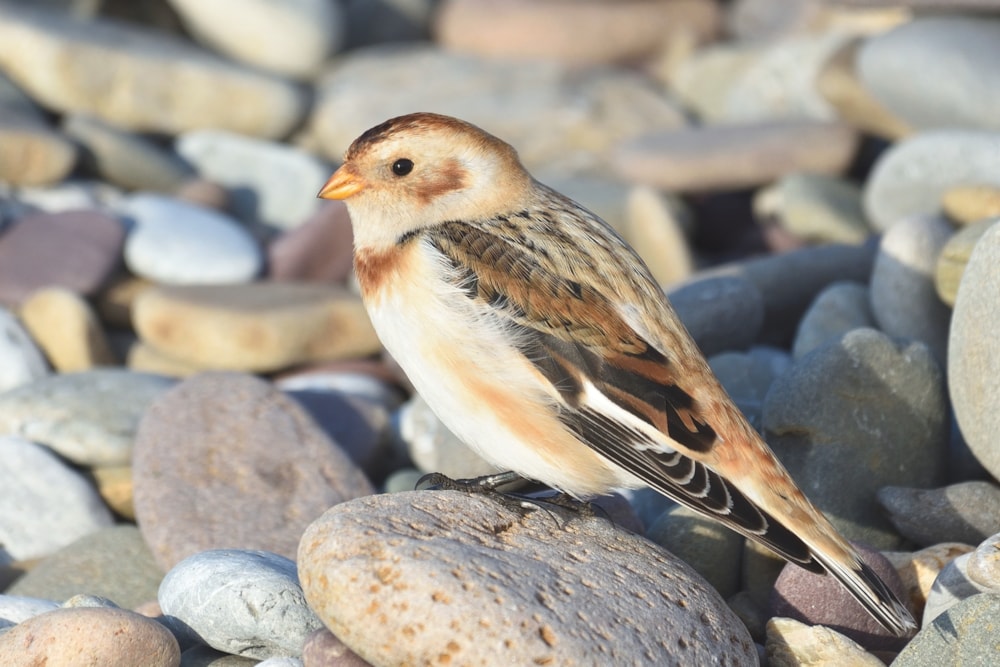