Deer increase linked to declines in US songbird populations

A new study has found that growing deer populations are having a negative impact on some forest-dwelling bird species in the eastern United States.

The impact of selective browsing by deer on woodland ecosystems, and consequently on species supported by those ecosystems, is already widely acknowledged in Europe. Low, dense vegetation and scrubby areas are vulnerable to browsing by deer, which tends to reduce the extent and quality of this habitat.

Certain woodland birds depend on the availability of such undergrowth and past studies have found large-scale declines in these species are associated with increases in deer populations. Perhaps most explicitly, the decline of the red-listed Common Nightingale in Britain has been linked to increased deer pressure.

The new research, published in Landscape and Urban Planning, suggests that deer are causing similar problems in the US. Now that natural predators such as Black Bear, Mountain Lion and Red Wolf are largely extirpated from swathes of the eastern US, White-tailed Deer populations have increased massively.

Though hunters have partly filled the role once played by natural predators, suburban areas — where the use of high-powered rifles is not encouraged — provide safe havens for deer to live. 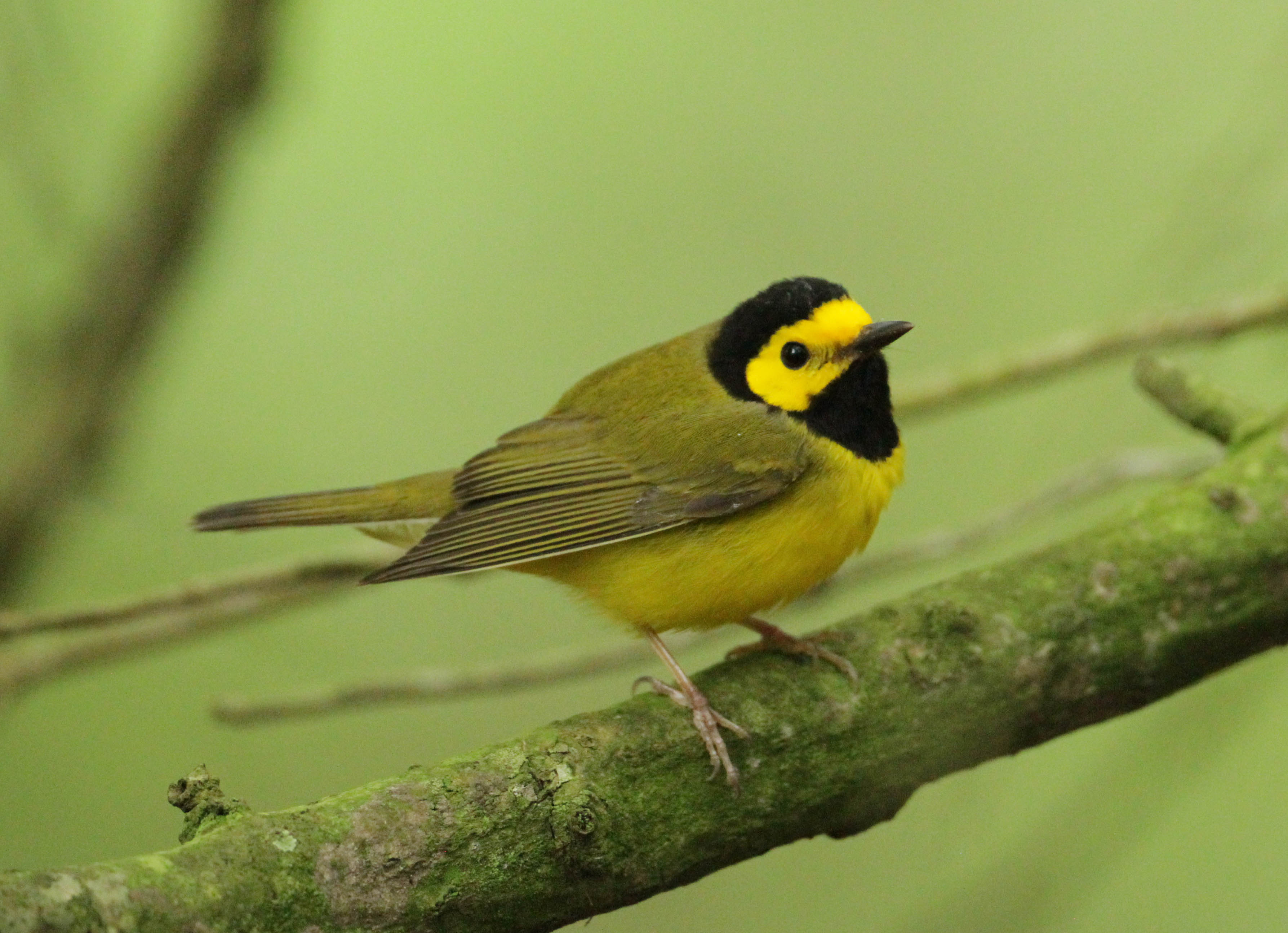 Hooded Warbler was one of the species negatively impacted by increasing deer populations (Photo: Jon Mercer)

Basing their work in Virginia, the researchers found that study sites with high deer populations were virtually devoid of birds such as Hooded Warbler, White-eyed Vireo and Prairie Warbler — three species that rely on forest undergrowth. Many of these are already decreasing due to habitat loss — Prairie Warbler, for example, has been designated a species of conservation concern following range-wide population declines.

Coastal Virginia, which is far more urbanized than the rural inland, has suffered twice as much forest fragmentation. Coastal areas, which in turn had particularly high populations of deer, were where the scientists found significant negative correlations between deer and bird populations.

The direct impact of humans on wildlife populations is well studied, but the results of this study are another strong illustration that effects can be indirect too. In this case human land use practices appear to aid the augmentation of deer populations, which in turn has implications for declining songbirds.