Deer are bad news for birds

Deer may be affecting some bird species on far larger scales than previously appreciated, new research has found. The study, published this week in the British Ecological Society's Journal of Applied Ecology, provides evidence that the populations of several woodland bird species fare worse in areas that have high numbers of deer. The researchers, led by Dr Stuart Newson from the British Trust for Ornithology (BTO), applied new methods of analysis to large national bird and deer monitoring data. The study focused on eleven woodland bird species in lowland England, including Marsh Tit, Bullfinch and Song Thrush, and their relationships with three widespread and abundant deer species: Reeves's Muntjac (Muntiacus reevesi), Roe Deer (Capreolus capreolus) and Fallow Deer (Dama dama). The eleven bird species depend on low dense vegetation in woodland and scrub and are therefore potentially vulnerable to browsing by deer, which tends to reduce this vegetation.

There was evidence that increases in deer have been associated with large-scale population declines for five of the eleven bird species. Of these, it was suggested that the impacts of deer are likely to have been greatest for two species of conservation concern, the Amber-listed Nightingale and the Red-listed Willow Tit. These two birds have declined by 54% and 65% respectively over the last ten years. Currently, deer management aimed at reducing the impacts of deer typically takes the form of excluding deer through the use of various types of fencing and/or culling. According to Dr Newson, "Our results emphasise the importance of developing co-ordinated national strategies for minimising deer impacts. With numbers and ranges of deer predicted to expand even further, it is suggested that such strategies should be targeted on areas that continue to support concentrations of species that are especially vulnerable to over-browsing by deer." 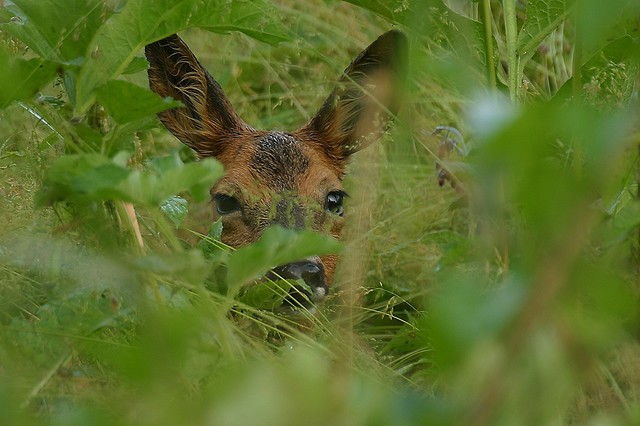 This study is not suggesting that deer are the only, or even the main, factor driving woodland bird declines; many other factors are potentially implicated. Nonetheless, these findings build on earlier experimental work carried out on Nightingales by the BTO that has showed that deer can reduce habitat quality for this species. More widely, growing evidence from other parts of the world suggests that increases in deer abundance may be depressing population levels of breeding woodland birds that are associated with dense understorey habitats. This study is important because it indicates that deer browsing may affect some bird populations on a large scale.