One day back in the 1970s 'the Goodies' were invited to launch a Wild Weekend in the then allegedly rough area of Brixton, south London. Wild weekends were a regular occurrence in Brixton, but they didn't usually have an environmental theme.

Whether they had been lured by curiosity or concern, a decent crowd turned up. The opening address was delivered by the mayor. It may have been nerves that caused him to forget one of our names: "Ladies and gentleman, let's give a big Brixton welcome to The 'Goolies'! Tim, Bill and ... the other one." Ever since that day, Tim and I have addressed Graeme Garden as "the other one".

It wasn't long before the mayor told us – via his henchman – that it had been an excellent morning, but he had to go now as he had another engagement. This is a mayor's standard line when he's had enough. He trundled off in his Roller, leaving us to enjoy an environmentally friendly sunny day in London. There were food stalls, a bouncy castle, lots of maps with red pins stuck in them and all manner of wild animal fluffy toys. Had there been a pond, I am sure there would've been dipping – pond, not skinny. 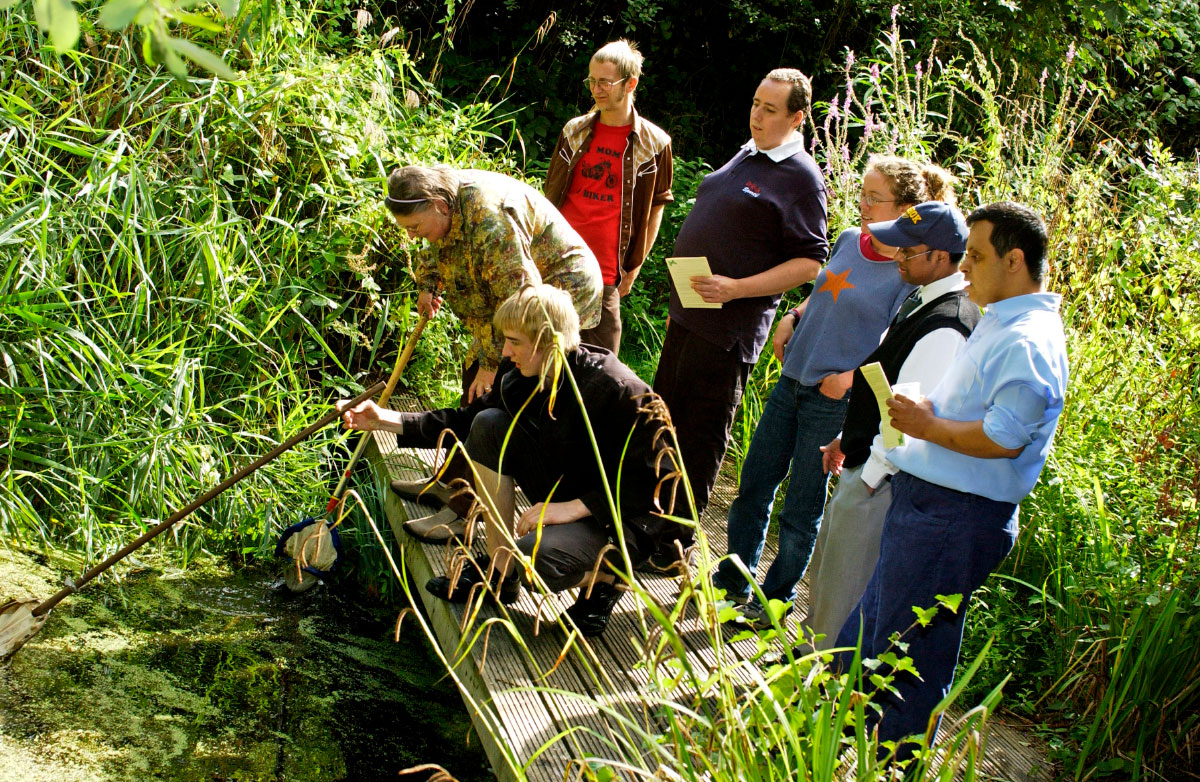 While 'Wild Weekends' have increased, wildlife itself has continued to decrease (LWT).

There is no doubt that over the past 40 years Wild Weekends have increased, in size, variety and number of visitors, but what about the wildlife? Has that increased? No. Especially birds. How large are the decreases? Huge. Do we know what is causing them? Yes: intensive farming; habitat loss; pesticide use; continual killing and culling; and a woeful lack of interest, effort and knowledge from politicians.

If we want to combat the perpetrators of such damage and destruction we must be organised, steadfast, honest and – above all perhaps – fluent in the language of politics. If we find it hard to understand, then we must listen to and support someone who does get it.

Or do you think: 'I just want to be able to potter around with my binoculars'? I think we all do, but that's not good enough any more. That's not going to influence the developers, landowners, chemical companies or politicians.

Hang on! What is happening to me? Am I being a spoilsport? Are these the grouchy ravings of an ageing man who was always grumpy anyway? Probably. But there is another reason. Years ago, when I first saw Ben Elton, his act was mostly a scathing attack on the advertising industry. He dismissed it as "all lies" and then riffed for an hour on all aspects, including marketing and promotion of 'the product'. Nowadays, one of the most advertised products is the environment, including birds. Most non-governmental organisations pay a professional company to handle profile, publicity and marketing.

Are they value for money? Will they develop a memorable image for the product? Many meetings will be required with much discussion about what will catch the public's eye. To my eye, too many environmental publications look like children's comics. There is often a little humorous word play on the cover: 'A little bit of duck', 'Wild goose chase' (oh no, not again!). There might even be a cute cartoon character, which the publicity people are pitching for a TV series or maybe an animated film. "I bet Netflix will go for it." I bet they won't.

Maybe I am just nostalgic for the old days and ways, now long banished in favour of the modern corporate style. It has happened to every organisation I have worked for – radio, TV, even the environment. And let's face it, sorting out the environment will take a huge amount of action and effort.