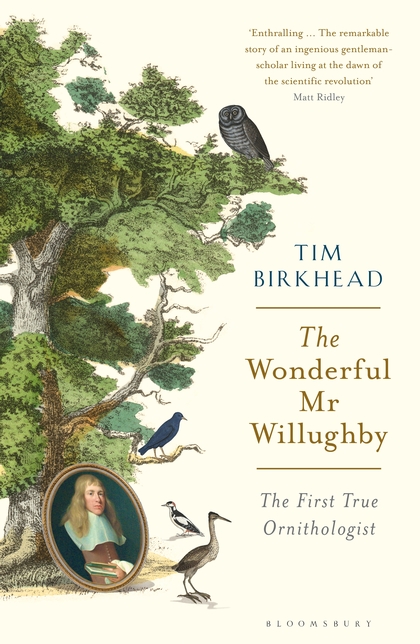 Tim Birkhead writes about complex science and popularises difficult ornithology with equal facility. In this new title he turns to biography, redressing the lack of recognition for a pioneer scientist – the first ornithologist, as the author calls him – in a fascinating and enjoyable book.

Francis Willughby worked with his Cambridge tutor, John Ray. The latter became forever linked with early ornithology and credited with huge advances, while Willughby, who died at 36 before much of their work was published and whose personal papers were largely dispersed, fell into obscurity. Realising this, Birkhead embarked on a long project to restore his reputation and put Willughby where he properly belongs: as a remarkable 17th-century revolutionary.

An original member of the Royal Society, Willughby lived in an exciting age of investigation and discoveries. Birkhead tries to evoke what it must have like to have so little reference material, at a time when birds were only rather vaguely known and named in various countries but not properly correlated across continents – let alone the insects and fishes that Willughby researched with equal vigour.

Willughby had private means, allowing him to concentrate on his science. His interests were wide ranging and he was as likely to take extensive notes and measurements on a cathedral as a new species of fish, beetle or bird. Between long periods devoted to his exhaustive classification of birds, he was known to study the behaviour of a bee or a flea, or work on his collection of seeds.

He seemed to be interested in everything and his travels through Europe brought him into contact with rich source material from private collections to fish and fowl markets, as well as personal observation, while he visited many of the current favourite and famous wildlife sites in the UK.

It would be impossible these days to keep up to date with progress in so many disciplines, but Willughby in his time was at the forefront of so much scientific investigation that it is difficult to imagine how he could squeeze it all in. He clearly deserves this long overdue but excellent celebration of his life and times.