Despite being one of the largest built-up areas in the world, London – or, to be more precise, the London Natural History Society’s (LNHS) recording area within a 20-mile radius of St Paul’s Cathedral – has logged 370 species over the years.

This is no doubt due to a large extent to the sheer size of the city and the numerous habitats it holds between its skyscrapers and housing schemes, along with its position on some major regional flyways, river valleys and some nationally important nature reserves.

A substantial number of these species are vagrants or accidental visitors, but 190 are resident, or regular enough in summer or winter, to be given accounts in this new atlas of the birds of the region. The book is a well-designed, sumptuous, hardback, A4-sized tome with one or two large full colour photographs of all these species.
It begins with information about the LNHS, of which the London Bird Club is a part, and a map of its recording area, as well as an introduction detailing methodology and mapping, and a useful summary of how London’s environment has changed since the last two regional bird atlases (which covered 1968-72 and 1988-94). The major habitats in the region are described and the populations of the 20 commonest wintering and breeding species tallied.

The individual accounts range from one to three pages per species and – BTO style – feature maps legibly illustrating the 2 km x 2 km tetrads used for surveying, which show the winter and breeding populations and abundance where appropriate, along with relevant changes since previous atlases, during the period covered (2007-13). The written accounts are pleasingly readable and fact packed, though it was surprising to read that White Wagtail “occurs in Britain occasionally”, rather than its true status as a regular but scarce passage migrant in some numbers.

The inclusion of some former breeders such as Wryneck and Red-backed Shrike is a little confusing, as this makes one wonder why other species are omitted, and it might have been best on reflection to relegate these to an appendix (as well as Willow Tit, which has almost certainly been extirpated from the region). The actual appendices describe London’s best birding sites, along with a gazetteer of other locations, and list contributors, species recorded during the survey work (including many escapes) and references. It is sobering to note the depressing losses in parallel with the national situation, with the likes of Grey Partridge, Tree Pipit and Tree Sparrow potentially in terminal decline.

There are the few minor quibbles one might expect in a work of this size; for instance, it is odd to see contributing photographers listed near the beginning but not credited next to their actual images, and there is no clue as to whether the photos were taken in London.

Nonetheless, this atlas is an essential reference for anyone with an interest in the capital’s birds. All species are covered in an exemplary and thorough manner, and I can see keeping this book to hand for as long I remain not tired of life and London’s birds, to paraphrase Samuel Johnson. 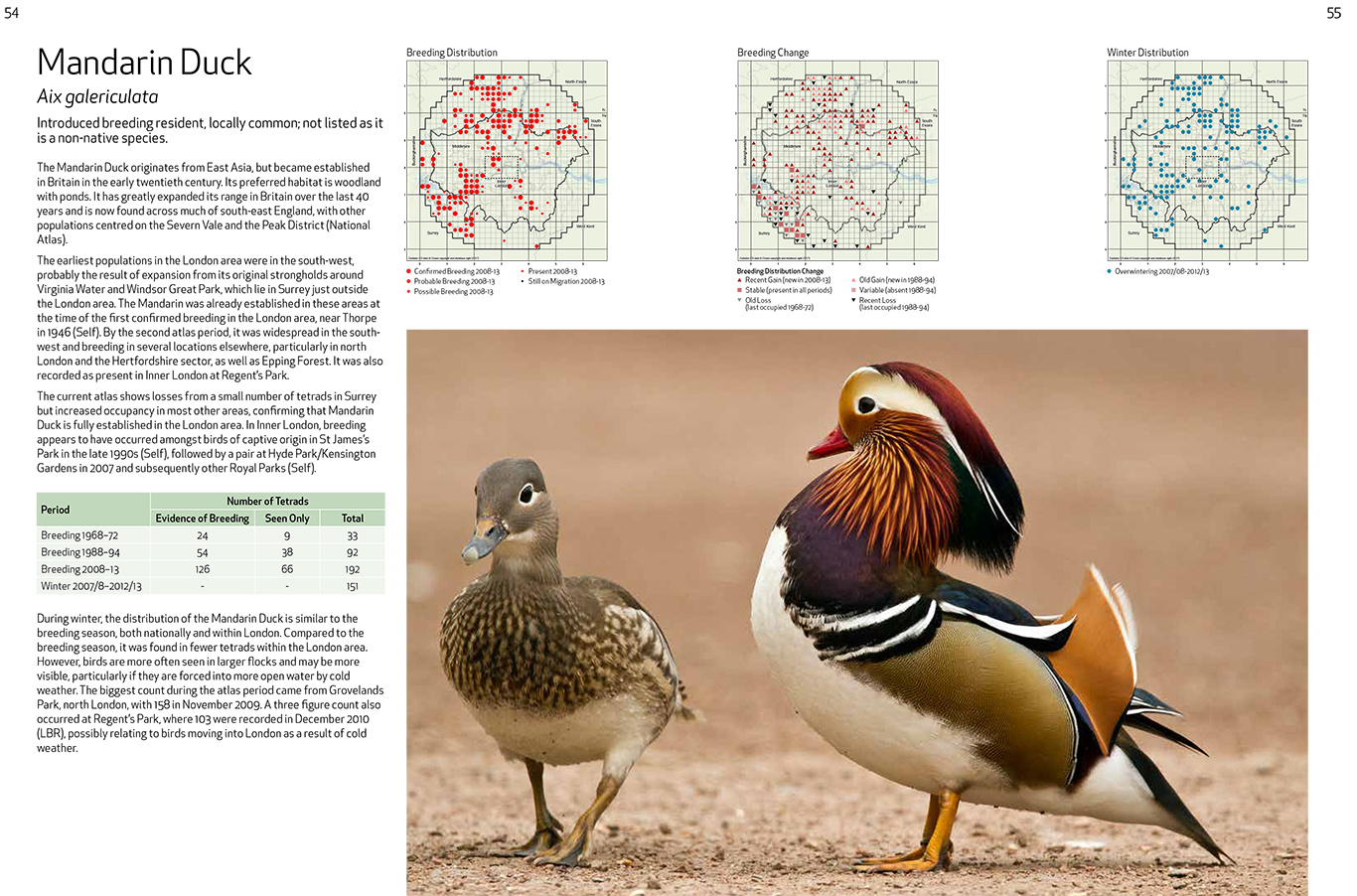 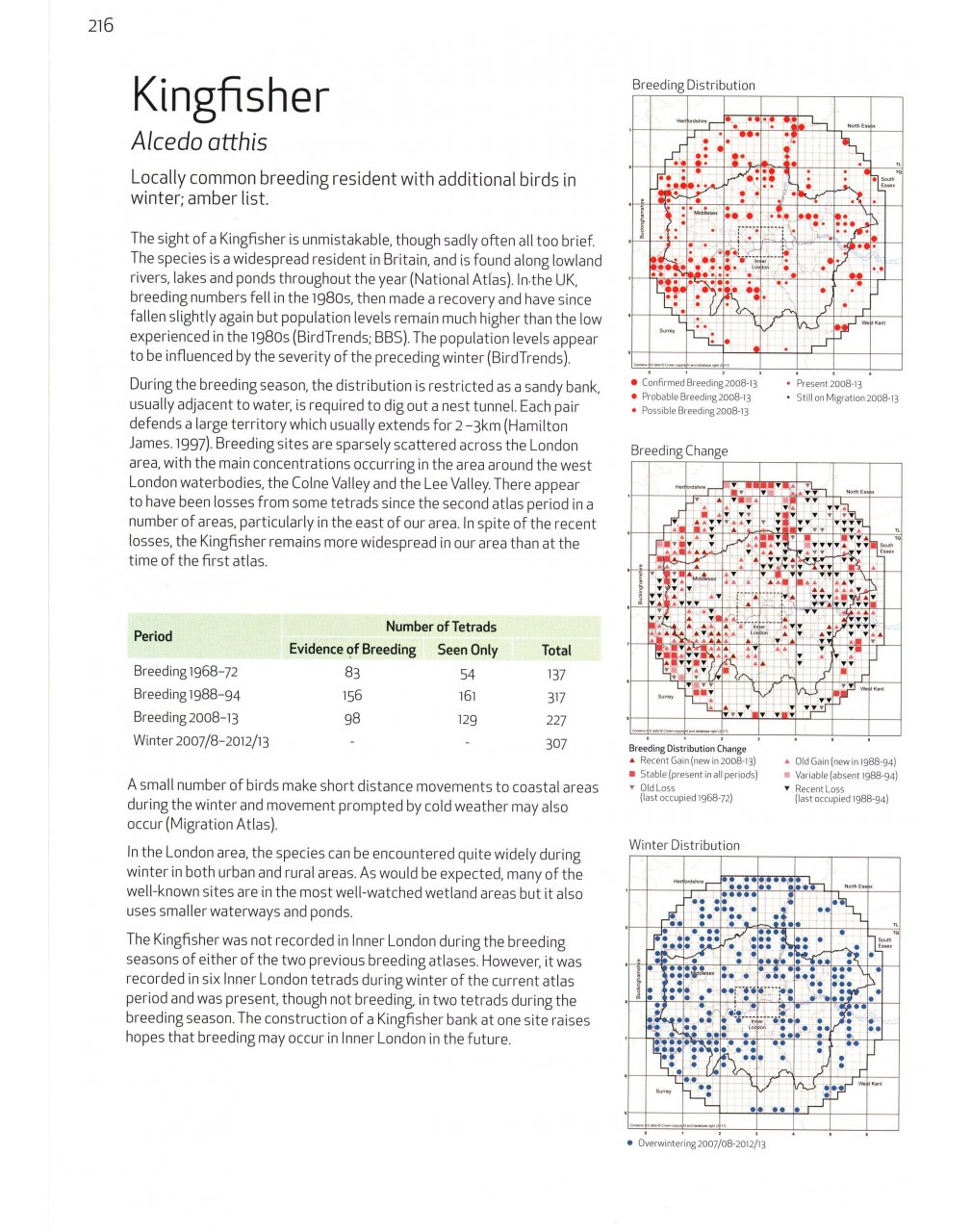 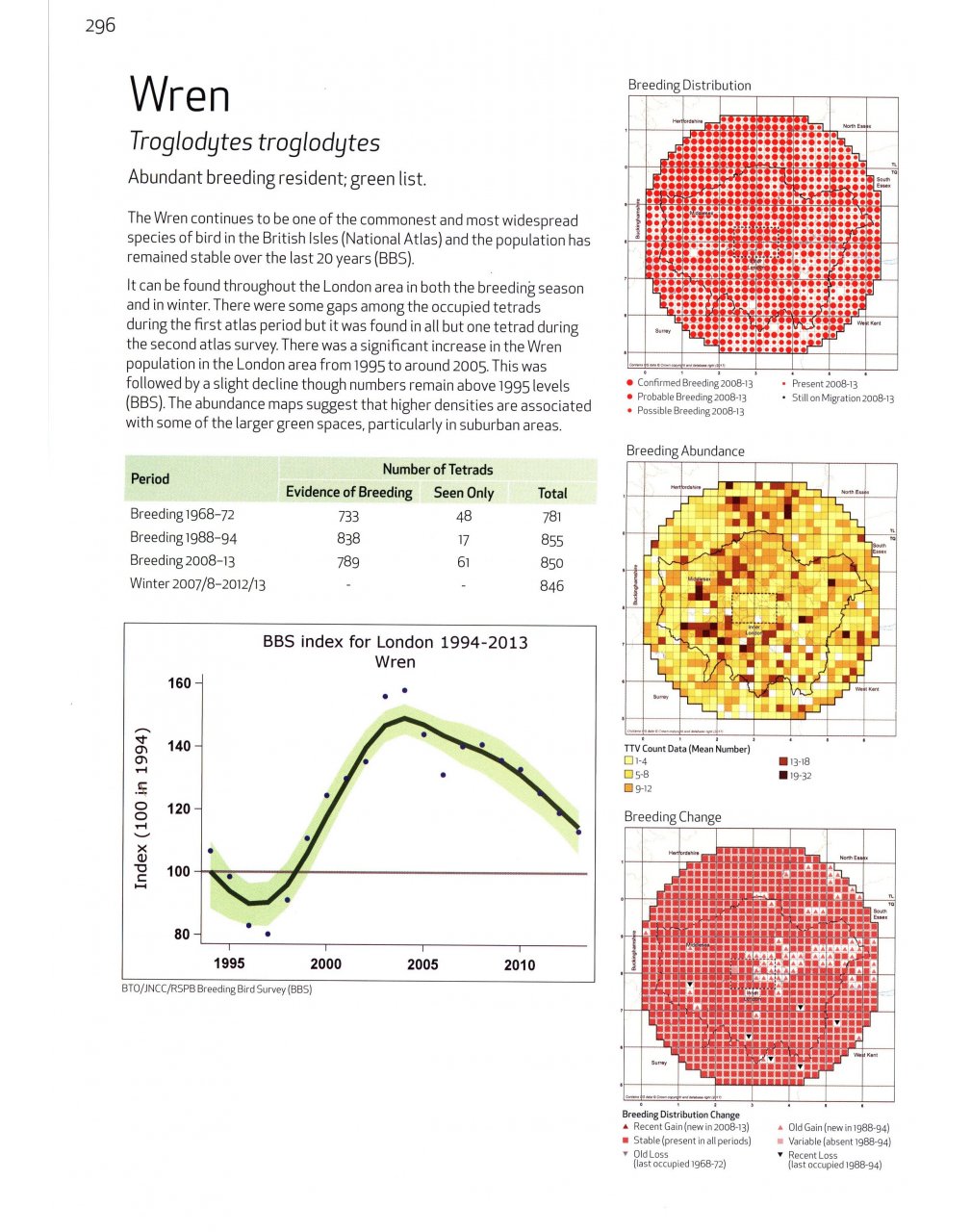