Kabir Kaul of Hillingdon, north London, has been awarded the Marsh Award for Young Ornithologist by the British Trust for Ornithology (BTO) for his significant contribution to bird monitoring not only in London but more widely in the UK.

One of the reasons Kabir, 14, stood out is his production of a map of the nature reserves of London. This work engages the urban population with the large amount of nature on their doorstep and was an eighteen-month undertaking for Kabir. 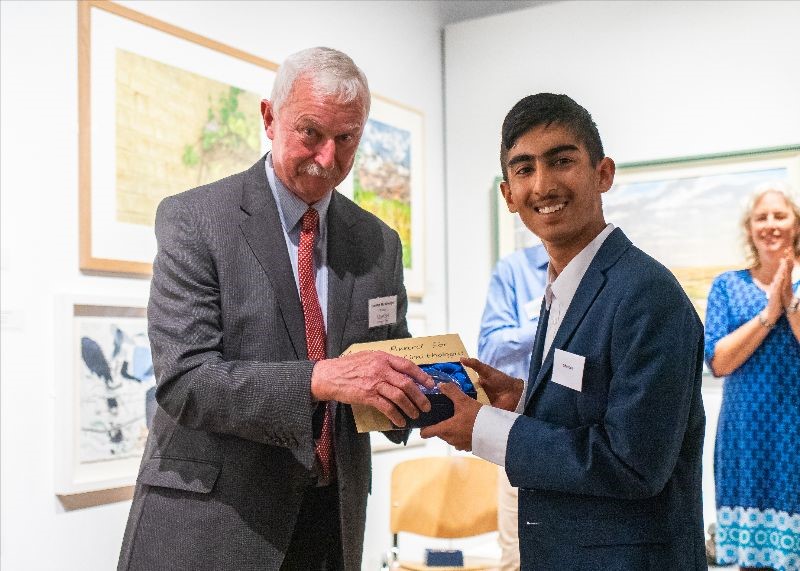 Kabir said: “I hope the map will encourage Londoners and tourists alike to discover and enjoy a wild space local to them, and embrace the enormous area of woodland, wetland and parkland London has to offer. When you explore this side of the capital, you would be surprised to know you can find Eurasian Bittern in Barnes, hedgehogs in Stoke Newington, Grey Seals in Erith and Eurasian Spoonbill in Hendon!

"Furthermore, I am hopeful this will encourage everyone to view cities not just as immense areas of noise, pollution and overcrowding, but places which have the enormous potential for people and wildlife to coexist harmoniously.”

Kabir also takes part in national surveys for the BTO in London, submitting data for Broadwater Lake and Moorhall Gravel Pits in the London Borough of Hillingdon.

Andy Clements, CEO of the BTO said: “Kabir is hugely passionate about wildlife in London and communicating this with a wider audience, which is very much in line with BTO’s own objectives. He is a great ambassador for young people and a very worthy recipient of the Marsh Award for Young Ornithologist.”

Kabir added: “I am very surprised and grateful to be the recipient of this Award. I thank BTO and the Marsh Christian Trust for this honour. I am hopeful that after I receive the award, the attention given to the map will help people to discover the wild side of our capital.”

Kabir was given the award by Charles Micklewright of the Marsh Christian Trust at a glittering awards ceremony at the Society of Wildlife Artists (SWLA) exhibition at the Mall Gallery in London.