A hunter recently trapped and killed what is claimed to be a two-headed Song Thrush near Tartus, on Syria's Mediterranean coast.

Polycephaly, the condition of having more than one head, is extremely rare. Two-headed (bicephalic or dicephalic) and three-headed (tricephalic) animals are the only type of multi-headed creatures recorded in real life, and form by the same process as conjoined twins. 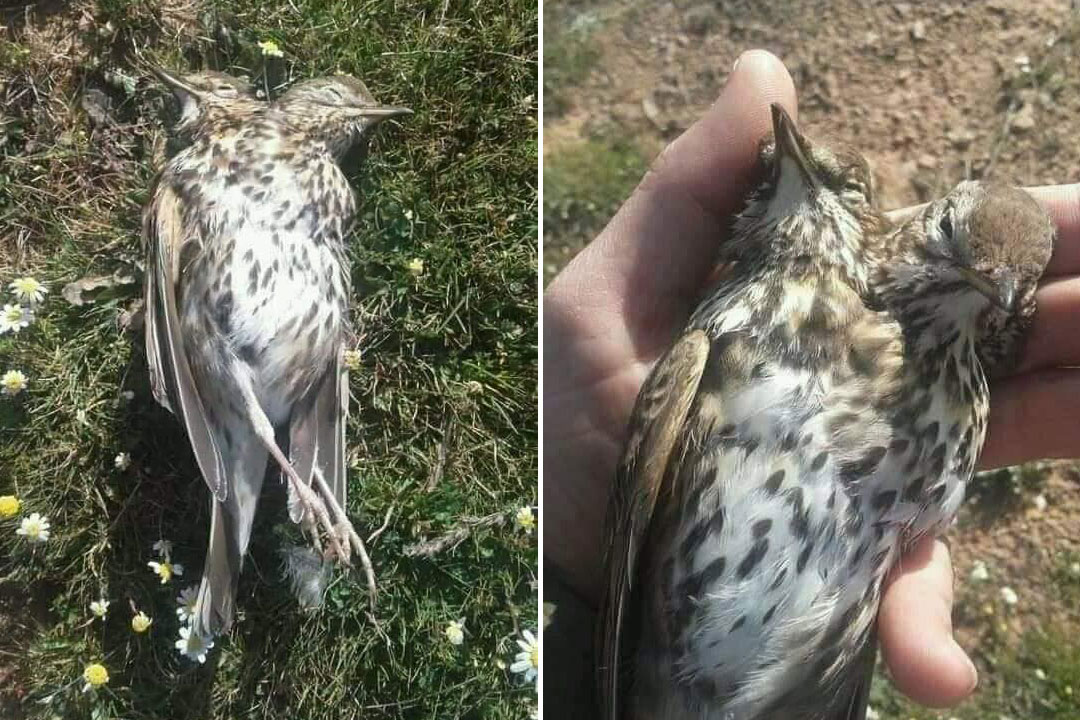 The most commonly observed two-headed animals are turtles and snakes, although bicephalic cattle, sheep, pigs, cats, dogs, and fish have all been recorded. Birds, too, are extremely rare, but are very occasionally reported and usually in captivity. The condition has also been found in fossils dating back nearly 130 million years.

Without special care, two-headed animals usually die early in their lives because they have difficulty escaping predators and foraging for food. Therefore, the idea that a two-headed Song Thrush might have been able to migrate to Syria seems fanciful at best, and it is widely suspected that this is a hoax.

In fact, some have gone as far as to confidently label this as a sick and twisted prank from a bloodthirsty hunter, with the decapitated head of one Song Thrush carefully placed on the corpse of another to create the illusion seen in the images above.

Sadly, the autumn hunting of Song Thrushes is a popular pastime in Syria, with hundreds of thousands thought to be killed there each year, as part of an estimated 1.2 million individuals of the species slaughtered annually around the Mediterranean Basin. Mass hunting of Song Thrushes is part of ongoing unsustainable illegal killings in the Western Palearctic: a 2015 study estimated that 25 million birds are killed in the Mediterranean each year, while a 2019 paper suggested that 17.5 million birds are illegally killed annually in the Middle East.