As part of an EU Life project, an international team of experts has been satellite-tagging Red-breasted Goose, with a view to charting the birds' movements from breeding grounds to wintering areas. The first birds were tagged last spring in northern Kazakhstan.

On 11 February of this year, a Bulgarian Society for Protection of Birds (BSPB) team found 600 Red-breasted Geese and almost 1,000 Russian White-fronted Geese at Durankulak Lake, on the Black Sea coast close to the Romanian border. A cannon-netting session caught 42 Red-breasted Geese, and the team equipped nine males with satellite trackers.

Bob Swann, a Scottish licensed cannon netter who was in charge of the catching team, commented: "Catching geese in Bulgaria is not easy. The fields are huge and our nets relatively small. You need try and see if there is a pattern of how the geese are using the field, set the nets in darkness and then hope for some luck. That is what we had in February 2020 when we managed to catch 42 Red-breasted Geese and 26 Greater White-fronted Geese on our first day of trying." 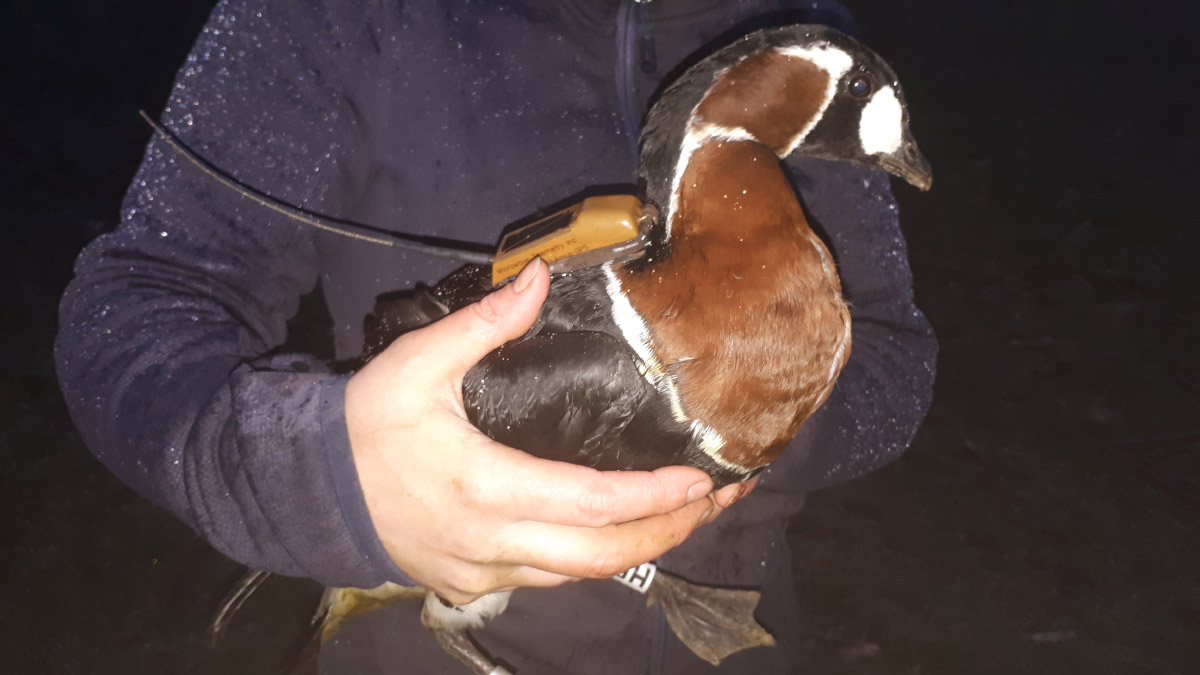 A male Red-breasted Goose being equipped with a satellite tag in Bulgaria in February 2020 (Bob Swann).

Since the efforts a month ago, the geese have commenced their spring migration, skirting the north coast of the Black Sea through Romania and into Russia, passing the Crimean Peninsula before continuing east towards Rostov. As of 8 March, several of the birds were to the east of Rostov, seemingly heading in the direction of the north Caspian coast.

Assessing the migration routes taken by previously tagged birds, it's likely that the geese will continue east into Kazakhstan, before turning on a more northerly trajectory as they make their way back to breeding grounds on the Taymyr Peninsula in northern Siberia. You can keep up to date with the birds' progress by logging on to savebranta.org/en/birds-tracker. 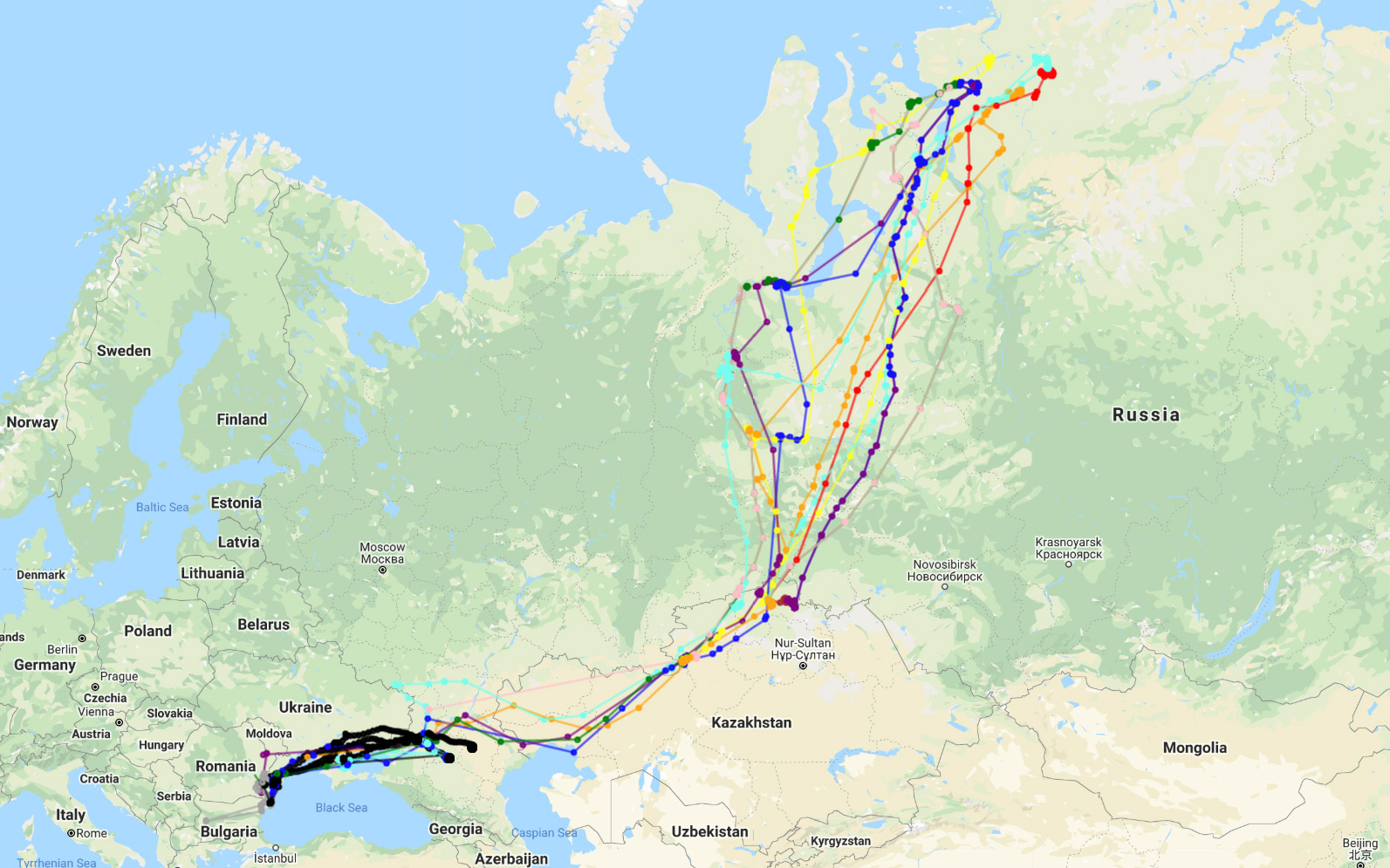 The routes of migrating Red-breasted Geese past and present can be tracked at savebranta.org.

Red-breasted Goose is classed as Endangered by the IUCN, with its decreasing world population at continuing risk from illegal hunting pressures, as well as disturbance, development and other forms of human encroachment. For example, 'Emilia', a Red-breasted Goose that was tagged in Kazakhstan in May 2019, was found dead in a backyard in the village of Victoria, south-east Romania, on 14 January 2020, having been shot by a poacher – her remains, with meat stripped from the body and transmitter carefully removed and tossed aside, had been thrown to the dogs for eating (more on that story here).

The same was found in Ukraine, where "strong hunting pressure" meant that flocks of wintering geese were extremely nervous and flighty, and constantly being flushed (more here). Unfortunately, such issues remain an all too familiar story among Red-breasted Geese.

Bob Swann added: "The Save Branta project is very important for the conservation of this species. Fewer and fewer birds are wintering each year in Bulgaria. This may be due to climate change, but is also a reflection of a declining population. By tracking the geese between their wintering and breeding grounds, new wintering and staging sites can be identified. The project aims to develop education programmes in these key areas to try and reduce the high losses inflicted by illegal hunting."