A tracking device, which weighs less than a paperclip, has helped scientists uncover one of the world's great bird migrations. It revealed that a Scottish Red-necked Phalarope migrated thousands of miles west across the Atlantic to the Pacific Ocean, a journey never recorded for any other European breeding bird. In 2012, the RSPB, working in collaboration with the Swiss Ornithological Institute and Dave Okill of the Shetland Ringing Group, fitted individual geolocators to ten phalaropes nesting on Fetlar (Shetland), in the hope of learning where they spend the winter.

After successfully recapturing one of the tagged birds when it returned to Fetlar last spring, experts discovered it had made an epic 16,000-mile round trip during its annual migration — flying from Shetland across the Atlantic, south down the eastern seaboard of the US, across the Caribbean, and Mexico, ending up off the coast of Peru. After wintering in the Pacific, it returned to Fetlar, following a similar route. 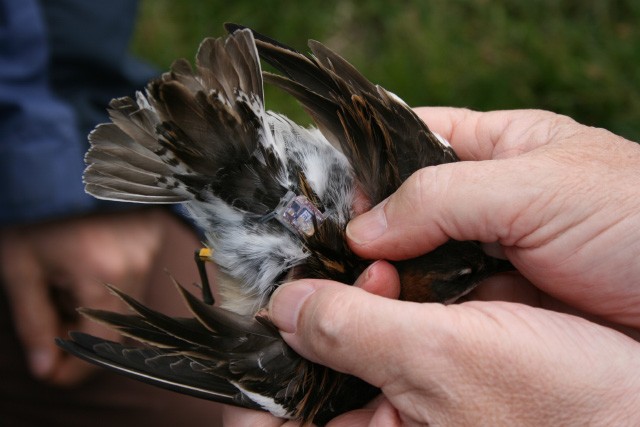 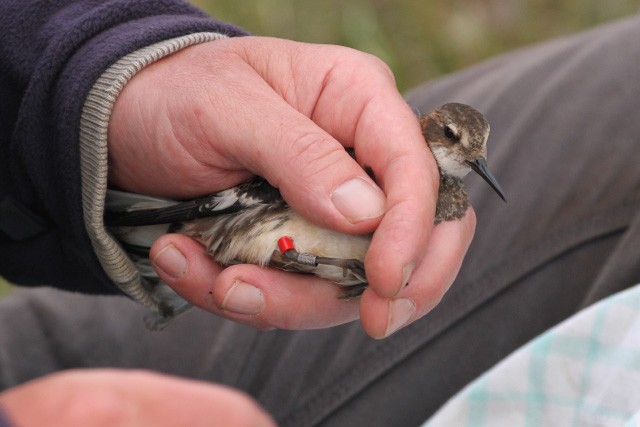 Before this, many experts had assumed that Scottish breeding phalaropes joined the Scandinavian population at their wintering grounds, thought to be in the Arabian Sea. Yet the destination of this bird was the Pacific Ocean. Red-necked Phalarope is one of the UK's rarest breeding birds. It is now only found in Shetland and the Western Isles, and numbers fluctuate between just 15 and 50 nesting males. Scotland marks the southern limit of its breeding range, with the species far more abundant further north where it occupies wetlands around the northern hemisphere.

Famed for turning the tables on traditional gender roles in summer, male birds can be found incubating eggs and raising young, while the female uses her brightly coloured plumage to attract new partners. In winter, phalaropes congregate in large flocks at sea in regions where currents create upwellings of cold, nutrient-rich water and support blooms of plankton on which the birds feed. 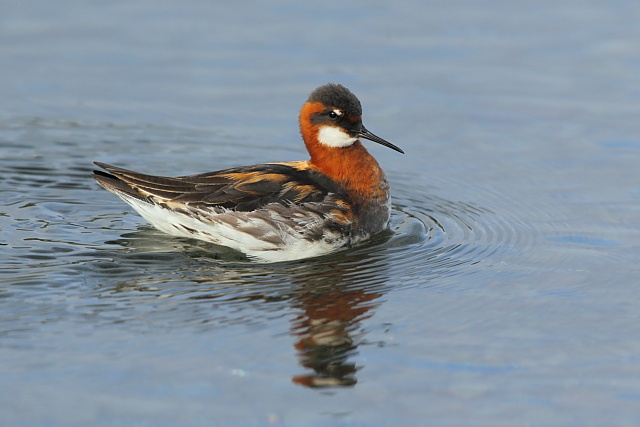 By continuing the project and retrieving more tags from phalaropes after the next winter migration, experts hope to learn the extent to which the Scottish population may be impacted by future changes at sea, how the species might respond to any change and whether any negative impacts in these wintering areas can be mitigated by conservation management here in Scotland.

Malcie Smith of the RSPB said: "To think this bird, which is smaller than a Starling, can undertake such an arduous journey and return safely to Shetland is truly extraordinary. This tiny tracker has provided a valuable piece of the puzzle when building a picture of where phalaropes go when they leave our shores. We hadn't realised that some Scottish birds were travelling thousands of miles to join other wintering populations in the Pacific Ocean. Intriguingly, if the usual wintering area of Scottish Red-necked Phalaropes is indeed in the eastern Pacific, then this Scottish breeding bird may be directly affected by periodic 'El Niño' events when these Pacific waters become warmer and the supply of plankton is greatly reduced. With that in mind, the project, which we will continue, will be vital when considering any future conservation of this rare and special bird."