A comprehensive survey of Jakarta's sprawling bird markets shows the daunting scale of the illegal trade in native birds and raises the alarm for Indonesia, home to the highest number of threatened bird species in Asia.

In the Market for Extinction: An inventory of Jakarta's bird markets, released today by TRAFFIC, found over 19,000 birds representing 206 species for sale in the Pramuka, Jatinegara and Barito markets over a three-day period.

The vast majority of the birds counted — 98 per cent — were native to Indonesia and harvested outside of the national harvest quota system or in direct violation of laws protecting select species. Most were considered to be wild-caught. 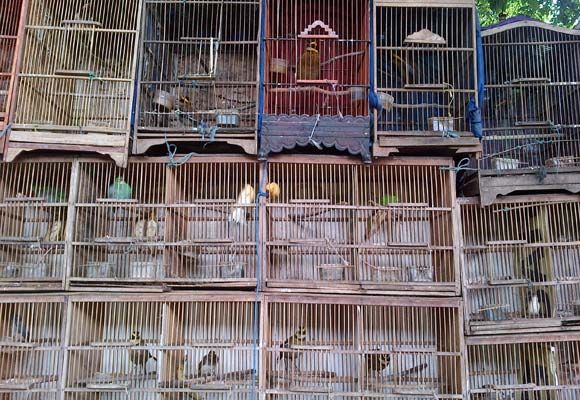 While Indonesia's law allows trade in unprotected bird species, it has put in place a 'no harvest' quota for native birds since 2002. This makes capture or trade of any wild birds in Indonesia illegal regardless of whether the species is protected or not. The only exception to this rule is for the capture of small quantities of a few species for breeding stock in commercial breeding operations.

The Pramuka market, the largest bird market in the country, had over 10 times more birds than Barito and Jatinegara markets.

This is the first time a full inventory of the city's three largest bird markets has been carried out at once. Earlier surveys in Indonesia's bird markets have largely focused on selected species, only partially uncovering the scale of the bird trade in the country's capital.

Bird-keeping has cultural significance in Indonesia, and the number of birds found in these markets reflects that. Songbird competitions have also added to the demand of certain prized birds, and increased pressure on these species in the wild. As a result, a number of species are in real danger of being wiped out by the trade. 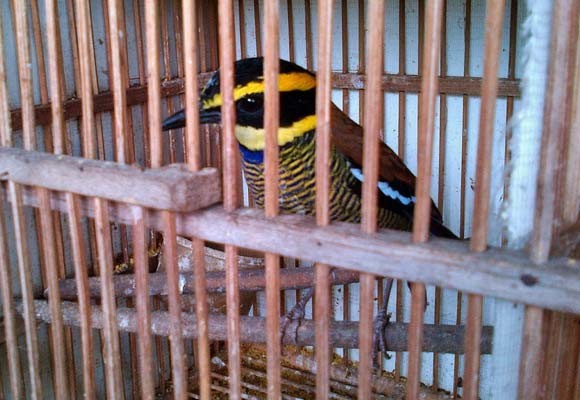 "This is catastrophic news for Indonesia's birds. Given the massive volumes recorded in just three markets in three days, the overall impact of hunting and trade on wild bird populations must be immense," said Serene Chng, co-author and TRAFFIC Programme Officer in South-East Asia.

The study found that laws for native species generally afforded good protection, but monitoring and enforcement in the markets were lacking. Accordingly, TRAFFIC recommends that prosecution of traders found openly selling protected species is made an enforcement priority.

"As long as these markets exits in their current form, illegal trade will continue to undermine bird conservation in Indonesia. We urge the new Indonesian government, which is already taking steps to strengthen conservation efforts, to act decisively to address this threat," said Dr Chris R. Shepherd, Regional Director for TRAFFIC in South-East Asia. "It is imperative that the illegal trade in these markets be shut down."

Considering the scale and breadth of trade TRAFFIC also called for a review and update of Indonesia's laws to include some native species currently not on the protected list, and to cover non-native species commonly found in trade.

Together with long-term conservation strategies to reduce the demand for wild birds in Indonesia, the study also underlined the need to ensure good oversight and regulation of commercial captive breeding operations.

The findings of this study will underpin discussions at the Songbird Crisis Summit in Singapore, which begins tomorrow. The Summit is a gathering of experts to formalize a strategic action plan to enhance conservation and enforcement efforts for threatened species of birds across Asia.