Snowy Egret Added to Category A of the British List

The British Ornithologists' Union Records Committee (BOURC) has added Snowy Egret (Egretta thula) to Category A of the British List following the acceptance of a bird first seen at Balvicar, Argyll and Bute, Scotland on 5 November 2001 (sight record, photographed). 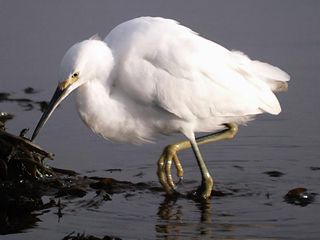 The bird frequented several sites in west and southwest Scotland. It spent more than two months on the Isle of Arran (15 Jan to 28 March 2002) and was last seen on 17 September 2002 at Caerlaverock (Dumfries and Galloway). A report from Stranraer on 29 September remains unconfirmed. The bird may still be in Britain as it went missing from 1 June (after revisiting its original locality of Balvicar) before being located at Caerlaverock on 6 September (Birding World 14: 460-464; Brit. Birds 95: 210, Brit. Birds 95:481-482).

This first for Britain is highly unusual in two respects; first the extraordinary length of its stay, and second, the number of localities at which it was recorded visiting three different counties (Argyll and Bute, Ayrshire, Dumfries and Galloway).

Snowy Egret breeds along the south and east coasts of North America and discontinuously into the interior. Northernmost and interior populations are migratory and move southwards but coastal birds are more sedentary. Regular migratory species are more likely to appear outside their normal range and this species had already been recorded seven times within the Western Palaearctic - three times in or near Iceland and four times in the Azores.

Snowy Egret is not known in captivity in Britain or Europe.