Shrew photographed in Sunderland is new to Britain

A new species of non-native mammal for mainland Britain has been discovered in north-east England.

In 2021 a photo of an unusual dead shrew was posted on social media by Melissa Young, which caught the eye of ecologist Ian Bond. Ian reached out to Melissa, pointing out that it looked rather like a white-toothed shrew species.

Ian explained: "White-toothed shrews look fairly distinctive with a head more closely resembling Finger Mouse or the Clangers than a 'normal' shrew. The problem with that identification was that they have never occurred on the British mainland before!"

Following contact with Ian, Melissa kept the suspected shrew in her freezer so further tests could be undertaken. A subsequent DNA test, undertaken by Ecotype Genetics and Swift Ecology Ltd, confirmed it to be a Greater White-toothed Shrew. In Britain this mammal is only found on the Channel Islands of Guernsey and Alderney, although it is found on the other side of the Channel as far north as The Netherlands. 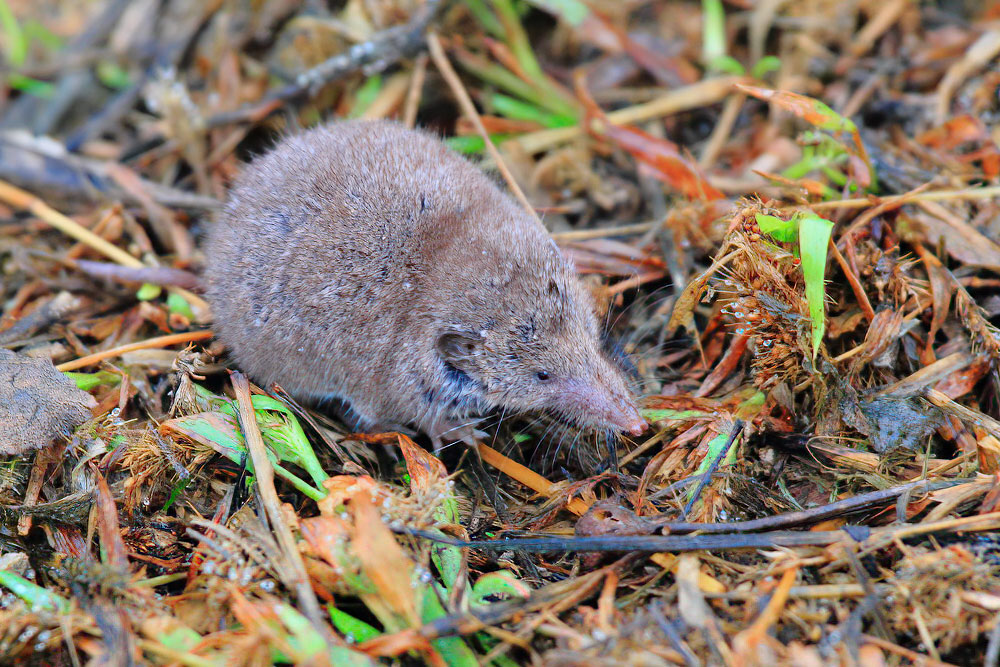 Greater White-toothed Shrew is native to the near-Continent and is now naturalised in Ireland, but hadn't been recorded before in Britain (Carles Pastor / commons.wikimedia.org).

The Mammal Society's Allan McDevitt commented: "Given the rapid spread of Greater White-toothed Shrew in Ireland, it is no surprise that it has eventually found its way to mainland Britain. This is a worrying development, however, as this invasive shrew is clearly associated with the local disappearance of the native Pygmy Shrew in Ireland. It is known to outcompete other species of shrews on other islands, so it is urgent that its distribution and potential impacts on other shrew species is quickly assessed."

There is no indication of how the shrews arrived in Britain, let alone Melissa's garden. However, this is not the first time this has happened. In Ireland, Greater White-toothed Shrews started appearing in owl pellets back in 2007, with subsequent research showing it had been there for some time and was spreading rapidly.

A further trawl back through Melissa's posts show photos of white-toothed shrews since at least 2015. This means the species could be quite widespread by now without anyone having noticed. Research is underway to find out just how long ago the shrew, now nicknamed 'Sunderland Shrew', may have arrived and how far it has spread

Melissa Young said: "I've always kept my cats indoors to reduce their impact on wildlife, so I was really surprised when they regularly started catching shrews. Thankfully, most were able to escape without injury, but the opportunity to study those that didn't make it has led to this invaluable discovery! The wildlife on your doorstep is simply amazing and I'm thankful to Ian for his observations and guidance which led to us taking a closer look at something most people wouldn't look at twice."

This discovery has shown just how important it is to submit records of wildlife sightings, especially given that mammals are some of the most under-recorded species in Britain. The Mammal Society has encouraged the public to submit any unusual shrew sightings with photos via the Mammal Mapper app or on iRecord.

Gavin Measures, Invasive Non-Native Species lead at Natural England said: "Melissa finding the Great White-toothed Shrew is a fantastic example of how important it is to be vigilant for invasive species in our gardens, parks and green spaces. We greatly encourage everyone to take part in citizen science as it supports the vital work of Natural England to protect the environment. This non-native shrew has had a negative effect on the Irish ecosystem. Evidence of this species in the United Kingdom now requires further investigation to establish how widespread it is, and any possible impact on our small mammal community."