Environmental groups are calling on Hafren Power to call time on their ill-conceived proposal for a barrage across the Severn, in order to make room for more sustainable renewable power proposals. Friday's report from the Energy and Climate Change Select Committee concludes that Hafren Power failed to make the economic case for a barrage, failed to persuade the Committee that it wouldn't harm jobs, and failed to answer serious environmental concerns. The Severn is Britain's biggest estuary and supports significant communities and industries alongside internationally important populations of birds and fish within its outstanding landscape. Its huge tidal range — the second highest in the world — creates the famous Severn Bore and gives the Severn the potential to be the global home of tidal power, but the environment groups say that successive governments have been distracted by plans for a big barrage.

The coalition of environment groups that were involved in the Select Committee inquiry process fully support committee chairman Tim Yeo's recommendation that 'Government should consider a more proactive approach to managing Severn Tidal Resources to harness its massive tidal range in the most sustainable and cost-effective way'. Wildfowl & Wetlands Trust Chief Executive Martin Spray CBE said: "The committee's report is a clear sign that it's time to stop wasting public money on assessing outdated barrage designs and start searching out innovative, scalable technology that will maximise power, while minimising impact. Our vision is a Severn Estuary community that brings inventors and investors together to develop and export new ways to tackle climate change that won't destroy our natural heritage." 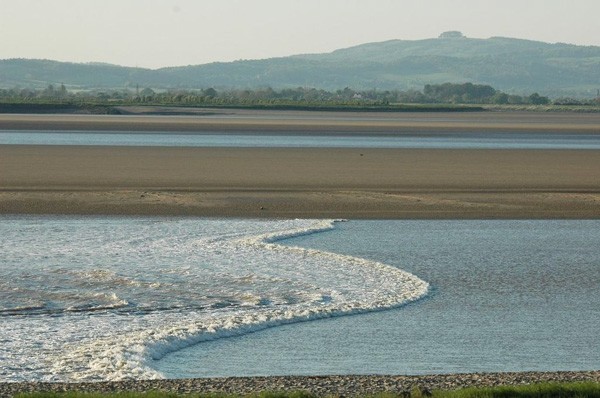 The RSPB's Director of Conservation, Martin Harper, added: "The terms of future debate about renewable energy in the Severn must learn lessons from both the Select Committee's report and the Government's 2010 Severn Tidal Power Feasibility report, both of which have clearly demonstrated that environmentally destructive projects are the not the way to get us out of the climate crisis," while the Angling Trust's Chief Executive Mark Lloyd commented that "The half-cocked and wholly unsubstantiated proposals from Hafren Power utterly failed to address how they would avoid the massive environmental impacts and sediment accumulations that would be associated with a barrage. We are delighted that the committee has accepted our position that there is no evidence to support Hafren Power's many spurious claims, including that they had found turbines which are in some way 'fish-friendly'. Anglers from Swansea to Shrewsbury will be celebrating that the 83 species of marine and migratory fish in the Severn estuary have been saved from having to pass back and forth through over 1,000 turbines on every ebb and flow of the tide."

The Wildlife Trusts' Head of Living Seas, Joan Edwards, said: "The Severn offers us huge potential for moving towards meeting our targets for 2050, but it must be done in a way that doesn't destroy all that makes the Estuary special. We would welcome further investigation of realistic options for renewable energy — those which minimise environmental damage, whilst maximising energy potential."

Alun James of WWF-Cymru recommended that both UK and Welsh governments should now support research on more sustainable ways of harnessing the tidal power of the estuary, while Janina Gray of the Salmon & Trout Association added: "In a system like the Severn, which not only provides vital habitat for fish and birds in the estuary, but is also a gateway for migratory fish to internationally important rivers such as the Wye and Usk, a shore-to-shore barrier would be an environmental disaster. We hope now we can finally put the proposal of a barrage to bed."

The committee report comes just days after the Parliamentary Office for Science and Technology published a note setting out the impacts of tidal barrages for MPs and Lords, and debunking some of the unsubstantiated claims made by the Hafren Power consortium. Environmental groups, engineers and decision-makers are already discussing more innovative approaches to tidal power in the Severn Estuary. The Sustainable Severn conference was held in Bristol in April 2013. This demonstrated a clear consensus for environmentally acceptable renewable energy developments as part of a wider vision for the sustainable future of the Severn Estuary, and more meetings are planned for the future.