The RSPB has unveiled its new Raptor Persecution Map Hub, which shows where confirmed cases of illegal maltreatment have taken place across Britain.

The Map Hub depicts where raptor persecution has taken place in recent years: it covers a five-year timespan from 2012-16, with data and incidents to be added for each following year.

It includes two interactive maps, one of which can be filtered by year and incident type, while the other provides a heat map overview of confirmed incidents across Britain, with black and red squares depicting areas with the highest density of known persecution. For the five-year timeframe, the majority of red and black squares occur in upland areas: North Yorkshire, the Scottish borders and Aberdeenshire.

The interactive maps will highlight where confirmed incidents of raptor persecution have occured throughout the United Kingdom (RSPB).

Helen Mason, RSPB Investigations Intelligence Manager, said: "Until now, there has been no complete, centralised set of UK mapped raptor persecution data available, beyond the RSPB's Birdcrime report which provides an annual snapshot. Putting all the UK raptor persecution incident data together in an easy-to-view map is something we feel has been needed for some time, to more accurately show the extent and scale of the problem year on year."

The illegal persecution of birds of prey is a widespread and persistent problem in Britain and continues to affect multiple species, including Hen Harrier, Golden Eagle and Northern Goshawk. Every week the RSPB's Investigations team receives calls about a raptor being either shot, trapped or poisoned. However, they believe that the majority of raptor crimes go undetected and unreported.

Mason is optimistic the Map Hub will help strengthen the understanding of raptor persecution in Britain. She added: "The maps are designed to be used by everyone, from our law enforcement partners to members of the public. Currently this only covers a five-year period, so the 'blackspot' areas may change. But over time the Map Hub will evolve and be added to each year, to provide the most complete picture of raptor persecution across the UK. We hope this will help raise awareness and improve the detection and prevention of this type of crime, which is a National Wildlife Crime Priority."

You can visit the Raptor Persecution Map Hub here. 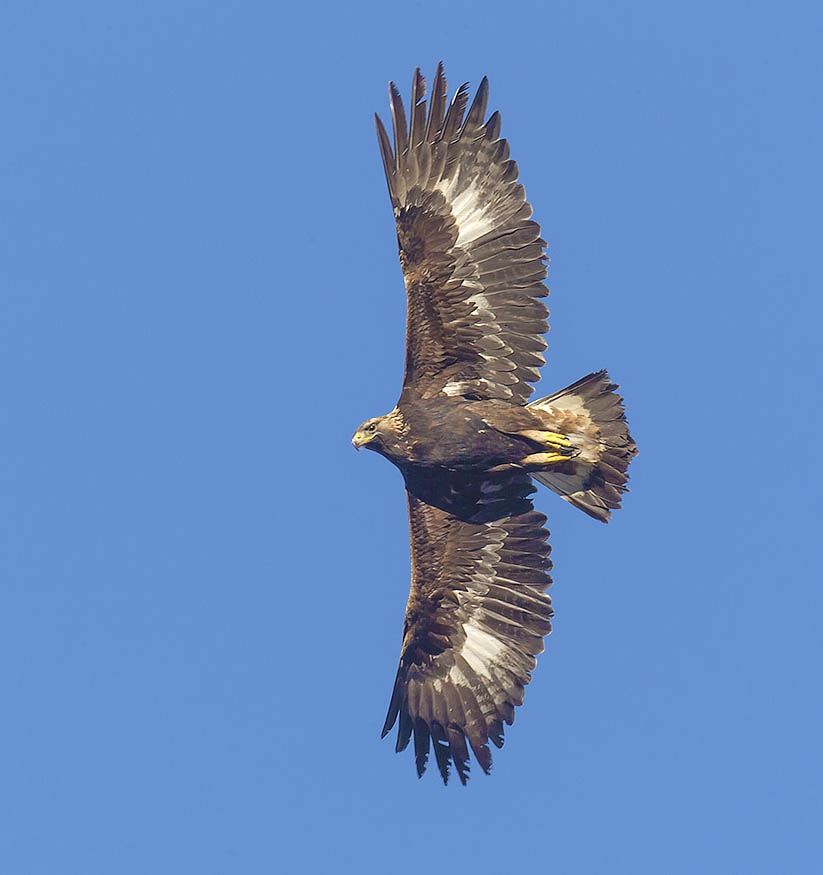 Golden Eagles are one of the most frequently persecuted raptor species in Britain (John Anderson).