According to government figures, nine of the 11 seabird species for which trends can be calculated have suffered huge declines since 1986. Among the worst hit are Arctic Skua, which has experienced a loss of 80 per cent, Arctic Tern, with a fall of 72 per cent, and Kittiwake, a decline of 68 per cent.

Coming at a time when around four and a half million individual birds are about to leave their breeding colonies around Scotland’s coasts, the decision is a crucial first step towards creating a network of protected areas necessary to conserve seabirds and halt the decline of some of Scotland’s internationally important seabird populations.

Of the 30 MPAs designated, six are for Black Guillemot, three are for sandeels, which are an important food source for seabirds, and one is the Firth of Forth, which is a crucial seabird feeding area.

Stuart Housden, Director of RSPB Scotland, said: “The announcements are welcome news for Scotland’s incredibly charismatic seabirds, which have been in desperate need of protected areas for decades. It is also a testament to the thousands of RSPB Scotland supporters who have campaigned tirelessly for better protection of seabirds over the last 10 years.

“The designation of draft SPAs is an excellent first step on what will be a long journey towards securing a healthy marine environment in Scotland. However, the real test will be how well these sites are protected and managed to help restore Scotland’s seabird populations. Although we are now at last making progress in protecting key areas, our seabirds are still without the protection they need further out at sea where they feed. The Scottish government must bring forward more SPAs for seabirds soon and also recognise the value of MPAs for other seabirds like Razorbill, Kittiwake and Arctic Tern.

“A number of crucially important areas, for example parts of the outer Firth of Forth, have not yet been protected for seabirds, despite their enormous value to Northern Gannet, Kittiwake and other species. Worryingly this area is being scoped for large scale offshore wind development. We will not stand idly by and let such areas be damaged. RSPB Scotland looks forward to continuing working with the government to finish the designation job, enhance the seas around our coasts and restore our seabird and marine wildlife heritage.” 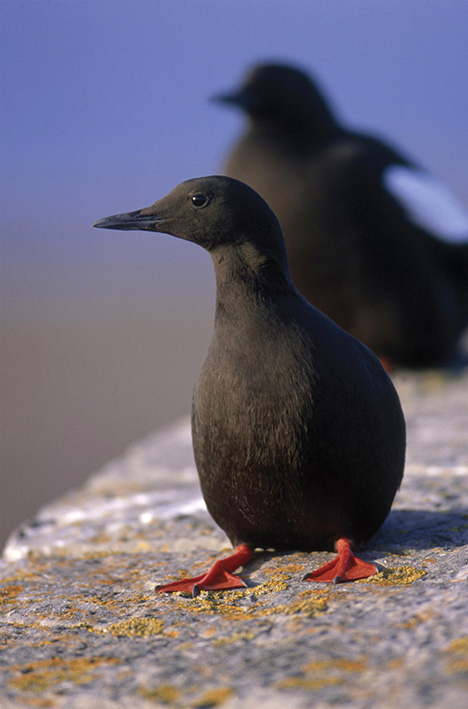 Black Guillemot is Amber listed as a Species of Conservation Concern.
Six of the new MPAs will help protect this species.
Photo by Andy Hay (www.rspb-images.com).
Content continues after advertisements
Written by: Birdwatch news team
Login to leave a comment
Return to List