The RSPB has launched a telephone hotline to report Hen Harrier sightings in North Yorkshire. It's hoped that they will be able to act on potentially crucial sightings from people who spend time in the remote hills and moorlands in the region, perhaps being able to preserve a nesting site as a result.

It's thought there is enough suitable habitat in England for around 300 pairs of breeding Hen Harriers, but only nine successful nests were recorded nationally last year – none of which were in North Yorkshire. As a result, the species is teetering on the verge of extirpation from England because they are being illegally killed for predating Red Grouse, populations of which are protected by estates and gamekeepers for driven grouse shooting. 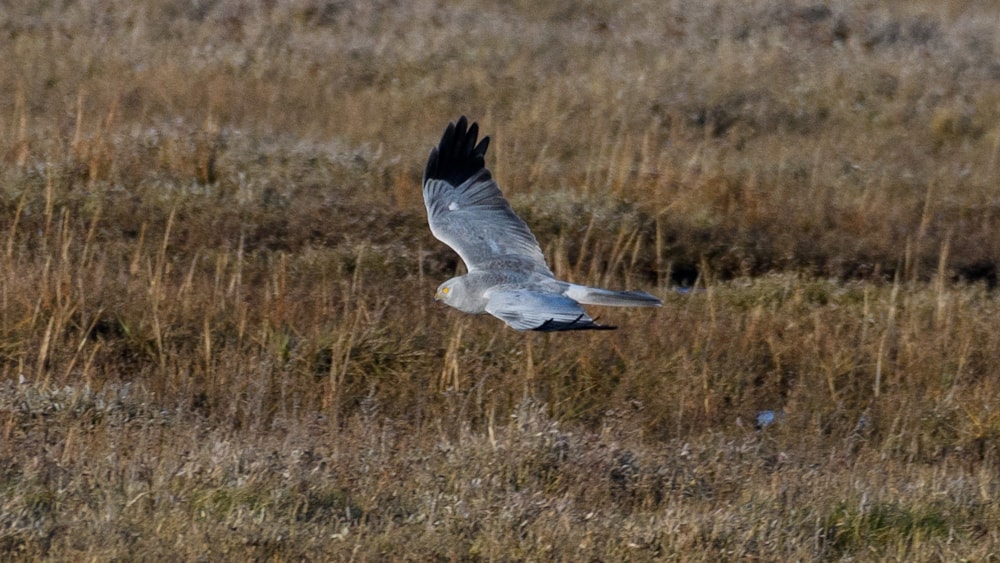 Amanda Miller, RSPB Conservation Manager for northern England, said: "We are asking farmers, wildlife watchers, walkers, fell runners, mountain bikers and anyone else who spends a lot of time in the hills of North Yorkshire to keep an eye out for Hen Harriers and let us know if they see one. It's vital that we find out where they are breeding so we can protect the nests and give their chicks the best chance of survival."

The Harrier Hotline can be reached on 0845 4600121, or email at henharriers@rspb.org.uk. The RSPB asks for reports to include the date and location of a sighting, and if possible, a six-figure grid reference and a description of the bird's behaviour.