Royal Tern has been split into two species by the IOC as part of the the latest (10.1) update to its World Bird List.

West African Thalasseus albididorsalis has been recognised as a different species to [American] Royal Tern T maximus, and has been dubbed West African Crested Tern.

The news comes as little surprise – 2017 research showed that West African Crested Tern was in fact a sister taxon of the smaller Lesser Crested Tern rather than similar-looking [American] Royal Tern, and that its then treatment as a subspecies of Royal Tern was misleading. This was supported by both the mitochondrial and nuclear DNA. These revelations come despite the fact that Royal and West African Crested Terns are morphologically near-identical and, in many cases, nigh on impossible to separate in the field. 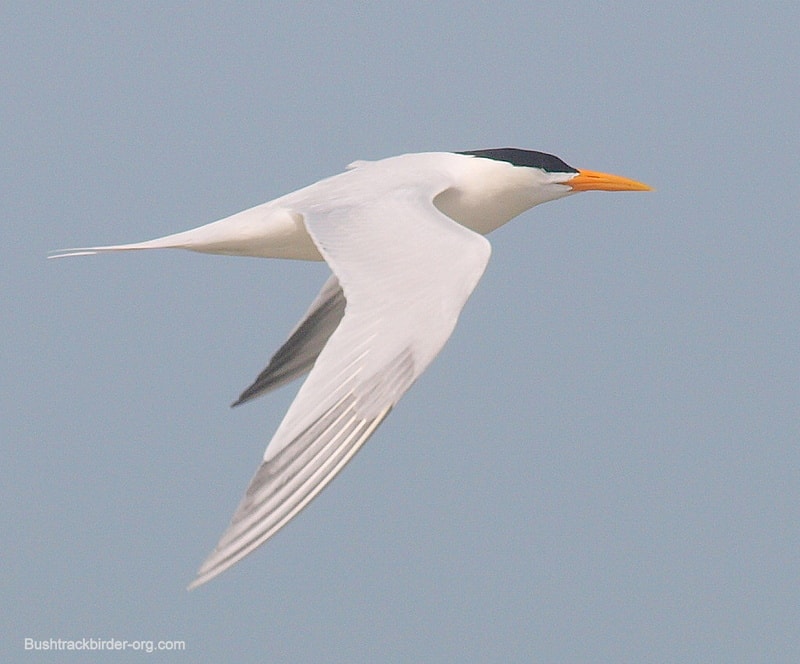 West African Crested Tern is found along the west coast of the continent, with known colonies on islands off Mauritania and anticipated (but as yet undiscovered) breeding populations suspected elsewhere in the region, perhaps as far south as Nigeria. It winters from Morocco (with a large population in Dakhla Bay, Western Sahara) south to Namibia, with breeding birds dispersing both north and south at this time of year. Confirmed records have come from Spain, too.

The news could have immediate conservation consequences, as the species is threatened by the erosion of its breeding grounds due to climate change and human activity. The results of the research will be presented to international conservation authorities in a bid to have its conservation status re-evaluated.