Rescued curlew chicks to be released in Norfolk

Dozens of Eurasian Curlews are to be released in west Norfolk as part of a special project to boost the threatened wader.

A large-scale programe has seen 118 curlew eggs collected from airfields – 76 of which are currently being incubated, hatched and reared at Pensthorpe Natural Park near Fakenham. In July, they will be released into the wild at specially chosen sites in west Norfolk, including at Wild Ken Hill and the Sandringham Estate. 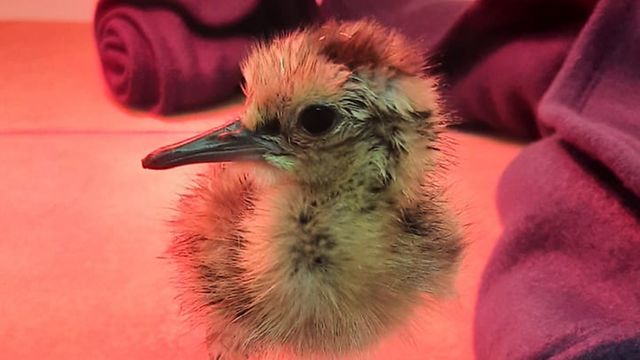 The locations have been selected as they offer the right habitats in which the birds can thrive. It is then hoped a new curlew range along the Norfolk coast will connect with the existing population in Breckland.

The project is led by Natural England, whose staff have been working alongside the Wildfowl and Wetlands Trust, the Defence Infrastructure Organisation and the Royal Air Force to collect eggs from military and civil airfields since April. Airfields are ideal for ground-nesting curlews to lay their eggs, but having the birds so close to runways poses an air safety risk.

Chrissie Kelley, head of species management at Pensthorpe Conservation Trust, said: "We are thrilled to be playing a part in this incredible journey in aiding the recovery of the curlew. Breeding curlew have been lost across large areas of lowland habitat and are just clinging on in a few isolated areas.

"In 2018 just six curlew chicks were reported to have fledged across the whole of southern England. Against this trend, being able to save 118 eggs from destruction, to be used for captive rearing and release is a remarkable achievement."

Graham Irving, wildlife management lead adviser at Natural England, added: "Translocation of curlew at this scale has never been undertaken and will make a real difference to the population of this iconic bird in the east of England. We're proud to be leading such an innovative project which will not only improve the prospects of curlew, but will inform action to help re-establish populations of other species too."