Regent Honeyeater 'has forgotten its song'

A new study has shown that Regent Honeyeater has become so rare that it has started to lose its song.

With only 300 individuals estimated to remain in Australia, the species is listed as Critically Endangered. The research, published in Proceedings of the Royal Society B revealed that, because the population is so low, individuals spend little time with others of their kind and thus fail to learn what they're supposed to sound like. 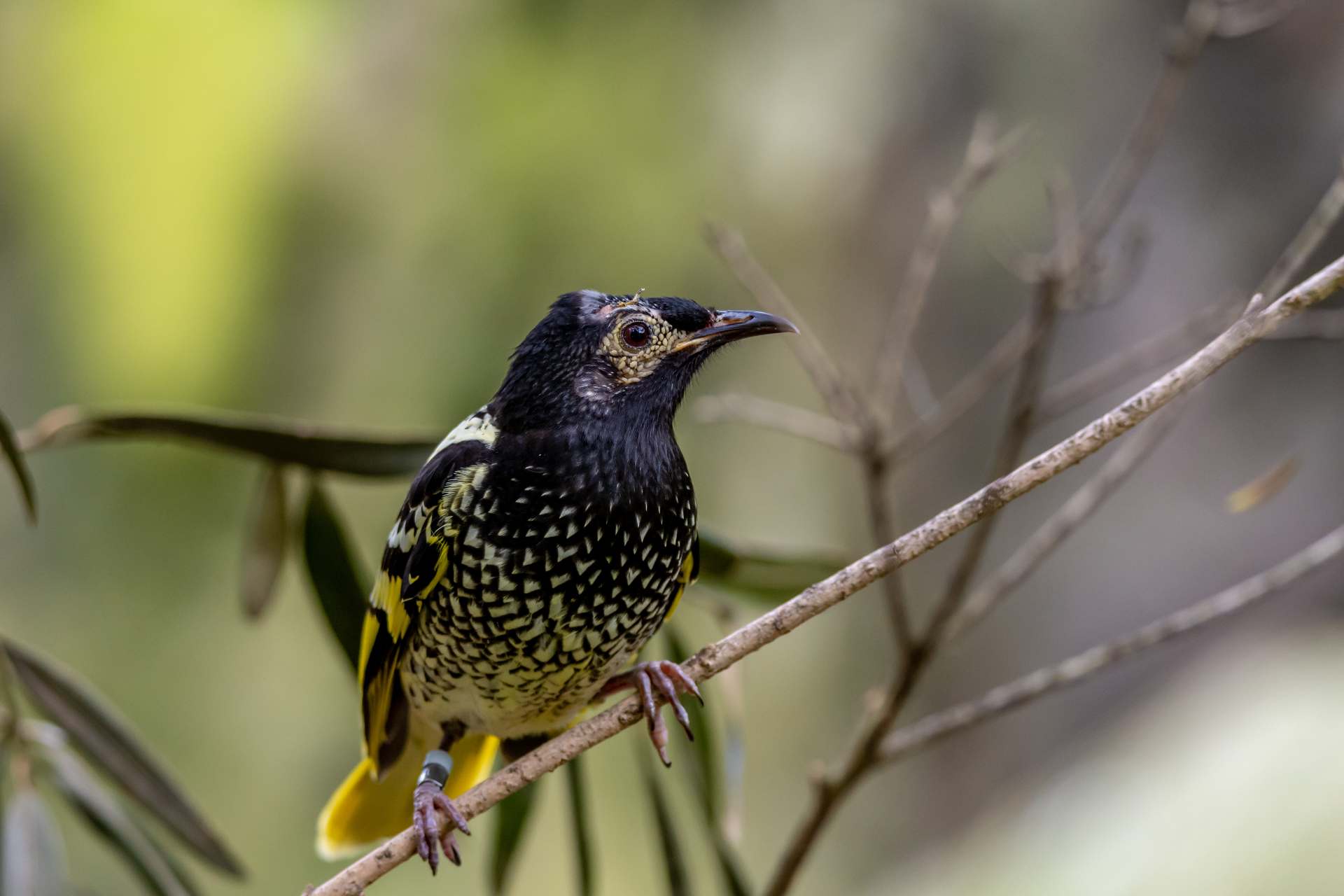 Researchers are now trying to conserve the birds' song by teaching captive honeyeaters the songs of their wild ancestors by using recordings. The species has lost some 90% of its habitat and now has such a small, sparsely distributed population that young males are simply unable to find other males and hear their songs, off which they'd naturally learn.

The natural song of the regent honeyeater has essentially "disappeared" in 12% of the population, the study revealed. However, it's hoped that teaching the song will assist greatly the current project to release captive-bred Regent Honeyeaters into the wild every few years, which has so far been boosting the population.