Red-cockaded Woodpecker bounces back in Georgia

Red-cockaded Woodpecker has increased markedly in the state of Georgia, primarily at the armed forces site of Fort Stewart, where populations greatly surpass what the military and the US Fish and Wildlife Service agreed upon for the survival of the species some 25 years ago. 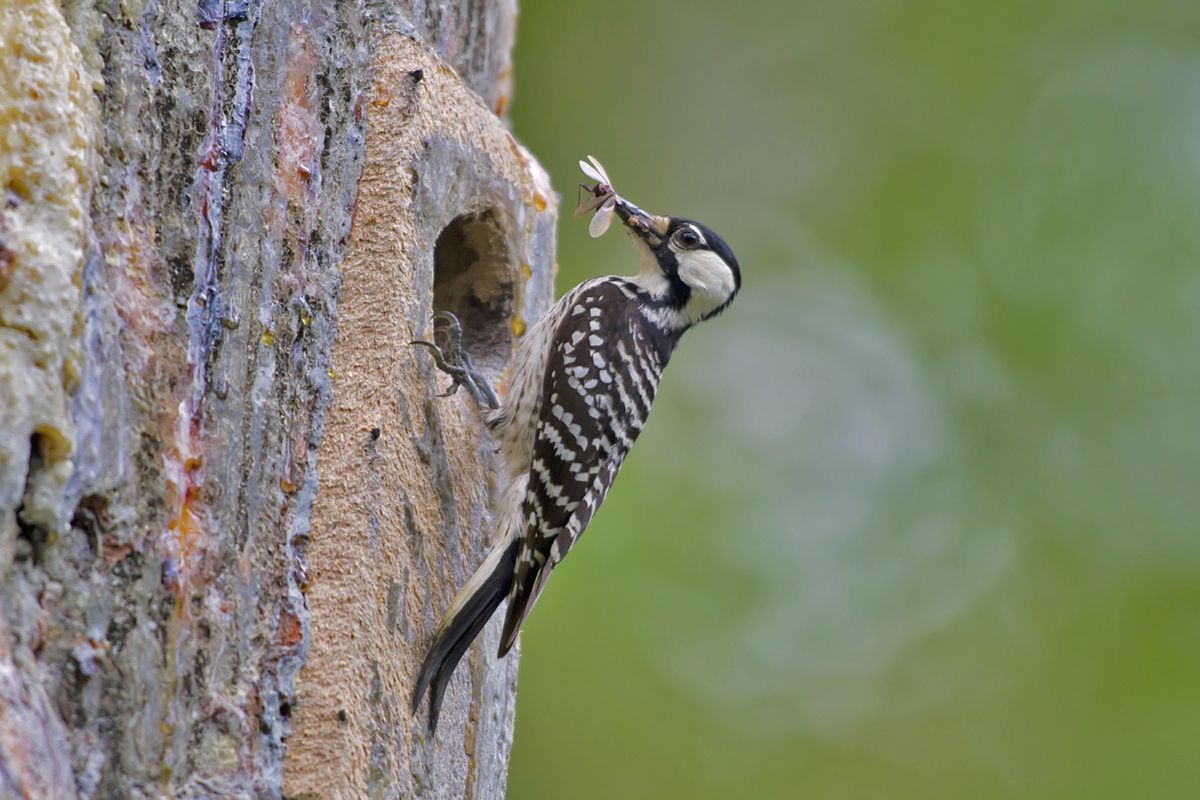 Red-cockaded Woodpecker is thriving in parts of Georgia amid a general population decline the USA (audubon.org).

Habitat loss has been the main challenge for Red-cockaded Woodpecker, with its favoured longleaf pine forests found in southern USA rapidly disappearing. "People recognised that, if we lost all of our mature longleaf forests, then we'd lose Red-cockaded Woodpecker along with it," said Larry Carlile, acting chief of the Fort Stewart/Hunter Army Airfield Fish and Wildlife branch.

However, the species is doing so well at Fort Stewart that there have been tentative discussions about downgrading its protections. The population at Fort Stewart is strong, meaning conservationists take bird from the military base and move them to other places that need help building up their populations of the species.

However, there's concern that the bird isn't ready to lose its protections. "Red-cockaded Woodpecker is still working on recovering. It's still being managed," said Ramona McGee, an attorney at the Southern Environmental Law Centre.

At present, Red-cockaded Woodpecker can be found in nearly a dozen states, including Texas, Louisiana, Mississippi, Alabama, Georgia, Florida and the Carolinas.