Leicestershire and Rutland Wildlife Trust is celebrating a record year for Barn Owl at one of its reserves after the resident pair raised two broods.

Fourteen juveniles fledged at Cossington Meadows in Leicestershire, beating the site's previous record of 12 in 2019. Chris Hill, from the charity, said the new record was "incredible". 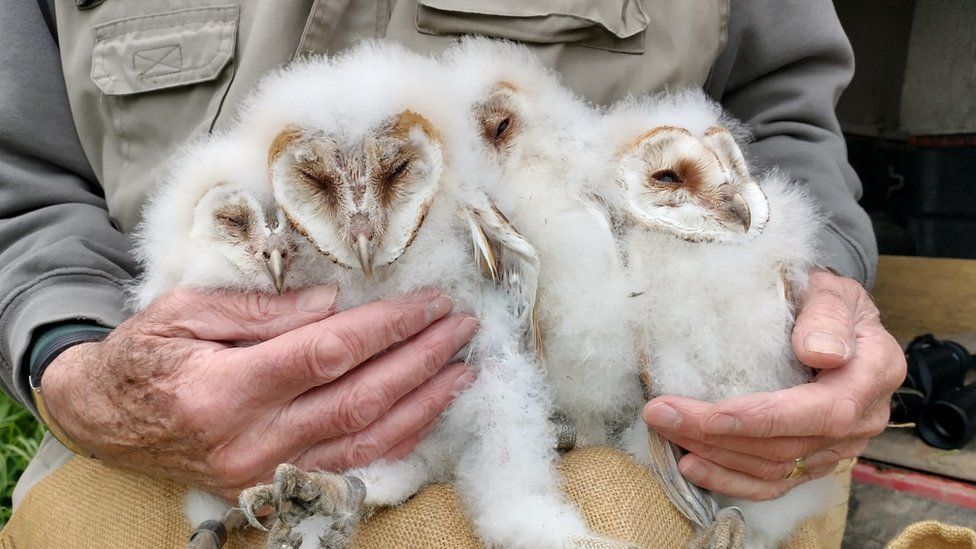 The trust said it first noticed owls occasionally breeding at Cossington Meadows, which it manages, and on adjoining property in the early 2000s. Barn Owl boxes were put in suitable trees to encourage them to breed, however there was no evidence of breeding until 2015 when a single egg was laid.

Mr Hill, a conservation officer at the trust, said: "It started early this year, we had a few chicks fledge and we thought 'hopefully they'll have a second brood' and they did. It was a big success. In the end we had 14 juveniles fledge."

Each chick from Cossington Meadows has been ringed. Mr Hill added: "Like all wildlife they can't stick around in their parents' territory because there wouldn't be enough food. At the moment, they're probably somewhere in the locality but I'd say by early December they'll have flown off to try and find their own territory."