A Purple Sandpiper colour-ringed in North Yorkshire has been re-sighted some 1,000 km away on breeding grounds in Norway.

The individual was initially trapped and ringed at Filey Brigg on 5 September 2018. On 6 July this year [2021] it was re-sighted some 1,000 km away, breeding in the mountains of Rakavatnet in Oppland, Norway. 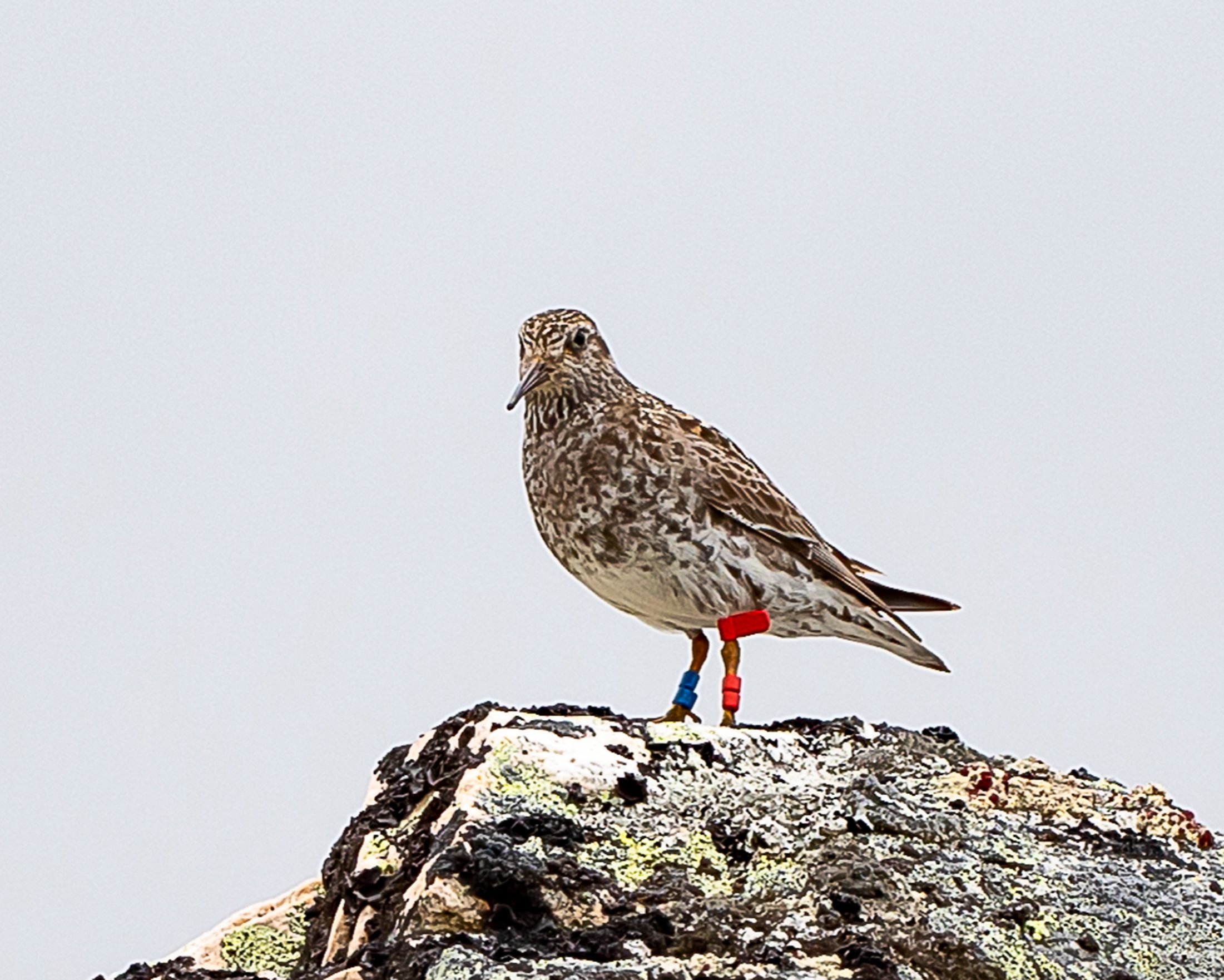 Purple Sandpipers that winter in Britain are drawn from a range of breeding areas, such as the mountains of southern Norway (as is the case with the Filey bird), islands in the Arctic ocean that lie north of Scandinavia and Russia, Iceland's uplands and further west in Greenland and eastern Canada. Birds mix in the winter but there is a tendency for Norwegian birds to be found on North Sea coasts, south of Aberdeen, and Canadian birds in the north and west.