Rare birds have been found poisoned in a remote Jordanian desert hundreds of miles from their breeding grounds in Turkey. The three birds, all critically endangered Bald Ibis, were being tracked by satellite after leaving Birecik, southeastern Turkey, where one of only four colonies of the species remains. The birds were found close to electricity pylons, 20 miles from the Jordanian capital Amman. Autopsies ruled out electrocution and shooting. Scientists are investigating the source of the poison and think it may have been laid by chicken farmers to kill rodents.

Jose Tavares, the RSPB's Country Programme's Officer for Turkey, said: "These deaths are heartbreaking but the birds may not have died in vain. They came from a semi-captive population and the fact that they left the colony proves they haven't lost their migratory instincts. The birds flew via Palmyra in Syria, where a tiny colony hangs on, which means birds we release from Turkey next year could join the group in Syria. And, most importantly, we may at last have discovered why young birds rarely if ever return to their breeding grounds. It is a tragedy now but the project could still end in triumph." 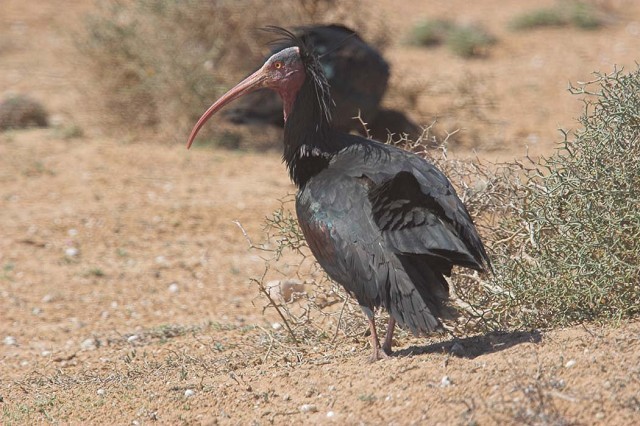 The Bald Ibis is one of the rarest birds in the world numbering just six in Syria and fewer than 500 birds combined in Turkey and Morocco. Its migratory habits have baffled conservationists for years but in 2006, BirdLife International and the Syrian Government tracked the 3,800-mile round trip of adult birds from Syria, finding new wintering grounds in Ethiopia. But young birds were never seen on migration and scientists fear they face mystery threats on an entirely different over-wintering route.

To solve the riddle, Czech expert Lubomir Peske will tag more Turkish birds next year. These birds will be followed to see if they join and boost the numbers of the tiny colony in Palmyra. "That would be a fantastic outcome," Jose Tavares said. The tracking project has boosted hopes for Bald Ibis in the Middle East because the continued failure of the Palmyran group to increase its numbers would eventually cause its extinction. Conservationists are now more optimistic they can save them and re-establish a completely wild population in Turkey.

Taner Hatipoglu, the Turkish Government vet overseeing the tagging operation, said: "The deaths of the birds is very serious but we are still hopeful because they all proved they could migrate without any parental guidance." 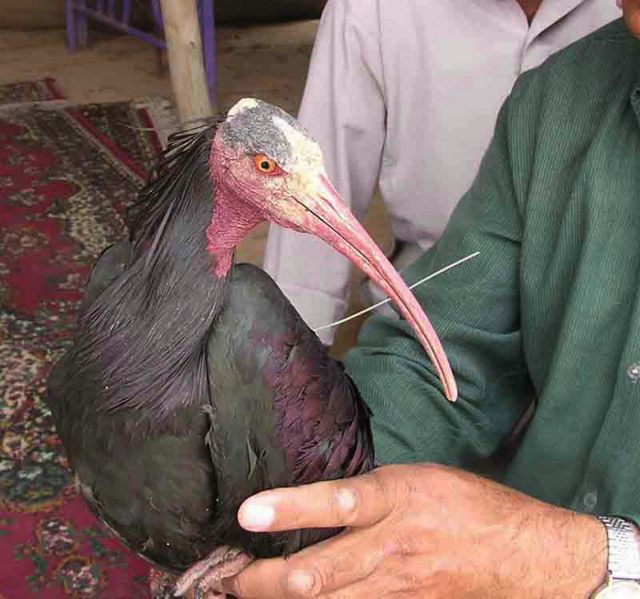 Sharif Al Ibour of BirdLife Middle East, who found the dead birds, said: "We know where the adults go but it's crucial we follow the young birds' migration route so that we can protect them in winter and help them return to Turkey and Syria to breed."

Dr Ozge Balkiz of Turkish conservation group Doga Dernegi, said: "The people of Birecik have been hugely supportive. Everyone in Turkey knows that Birecik is the town of the Bald Ibis. The bird is cherished and celebrated by all those who live there and is the gleaming symbol of the town council. Hopefully we will now be able to return these birds to the wild there."

Jose Tavares said: "This has been an extraordinary detective story. We're putting the clues together but there are still many more we need to find. Poisoning could turn out to be the underlying reason for the birds' decline but the fact that they migrated means there is still a future for the Bald Ibis in the Middle East."