Pintail could be the latest addition to wildfowl conservation priorities after new figures from WWT and others show numbers have fallen by more than half since 2006. The findings are published in Waterbirds in the UK, the annual report of the Wetland Bird Survey, which counts all waterbirds on the UK's major wetlands.

Pintail is an elegant dabbling duck much loved by artists, including WWT founder Sir Peter Scott who named his daughter Dafila after its former scientific name. The recorded decline is especially worrying as up to half of all the Pintail in northwest Europe rely on the UK's estuaries and wetlands during winter. 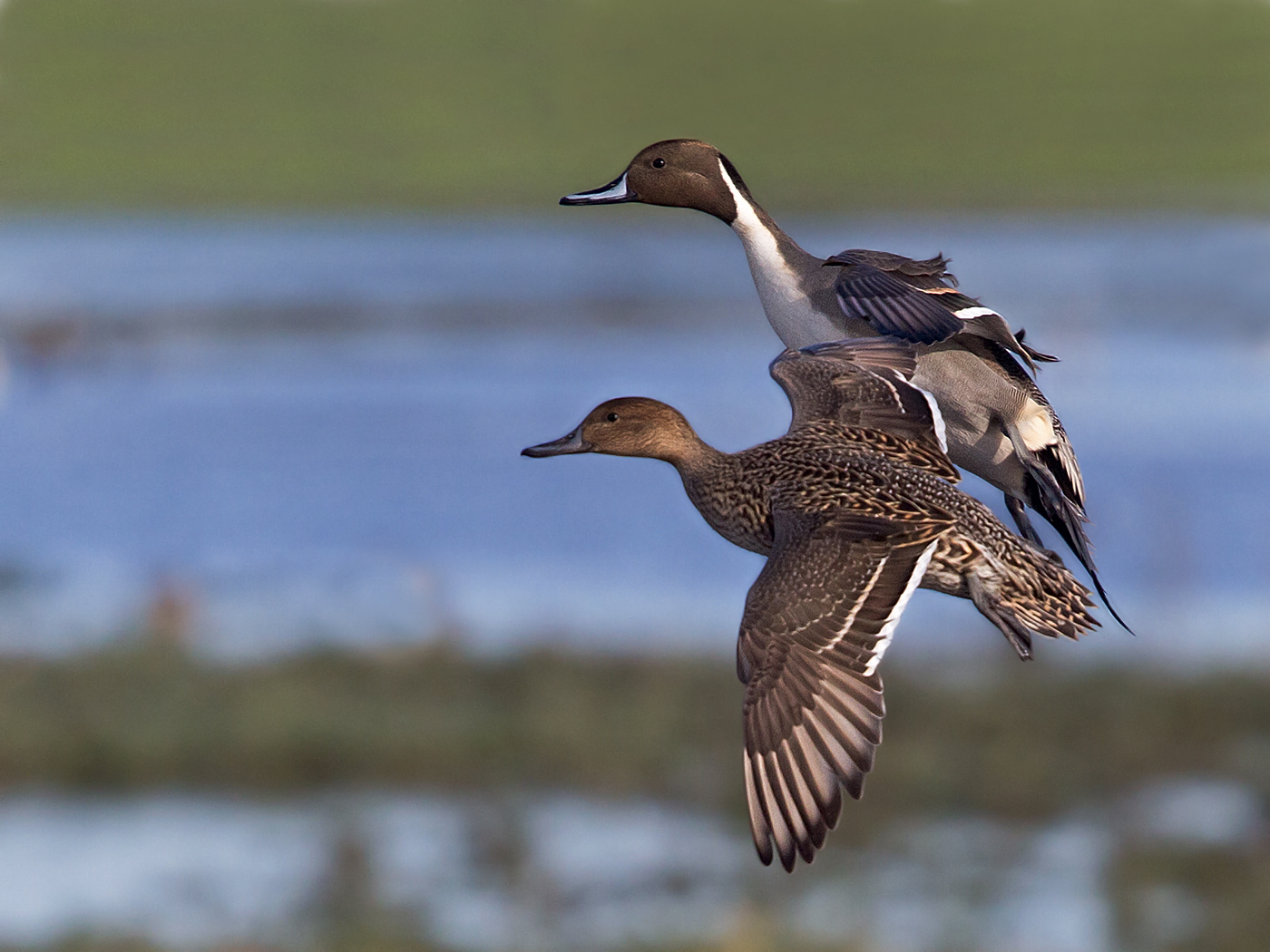 WWT's Head of Species Monitoring, Richard Hearn, said: "Counts like the Wetland Bird Survey are our 'canary in the cage'. Without them, we wouldn't spot the risks till it was too late. The decline we've seen in Pintail is ringing alarm bells. However, further research across its flyway could yet throw up more hopeful news. The key thing is that there's still time to act."

The Wetland Bird Survey has been carried out annually by a network of volunteers ever since the 1940s. During that time the annual index for Pintail has fluctuated from year to year, possibly because the species is willing to move to new areas when they become flooded, so in some years they may be undercounted. Similar surveys in the Netherlands show Pintail numbers have been correspondingly increasing there, raising suspicion that the species is merely shifting eastwards in response to milder winters. However, at the same time the population in Northern Ireland — the most westerly — has been stable or increasing, seeming to contradict any assumption based on changes in the Netherlands.

Despite the need for caution when drawing conclusions, Pintail is now the fastest-declining dabbling duck in the UK and as the report's authors conclude "one cannot ignore the marked decline that has taken place since 2005/06".