The UK is braced for a once-in-a-decade influx of Painted Ladies, with the potential for millions of the butterflies winging in from southern Europe as part of the longest butterfly migration in the world.

Unusually high numbers of the orange and black butterflies have been reported amassing in southern Europe at the critical time of the year for them to spread northwards into Britain. The species is a common immigrant that migrates in varying numbers from the continent to the UK each summer, where its caterpillars feed on thistles. Around once every ten years the UK experiences a Painted Lady 'summer' when millions of the butterflies arrive en masse.

The last mass immigration took place in 2009 when around 11 million Painted Ladies descended widely across the UK with the butterflies spreading into the most northerly parts of Scotland. Since then the UK has experienced five years with below-average numbers, but scientists are hopeful that 2015 could be very different. Recent warm and sunny conditions has seen Painted Lady numbers soar once again with reports of large numbers of the butterflies seen at south coast sights — suggesting a large scale immigration may once again be about to take place. Butterfly Conservation reported that many butterflies arrived during mid-May, but a spell of poor weather temporarily halted the immigration. 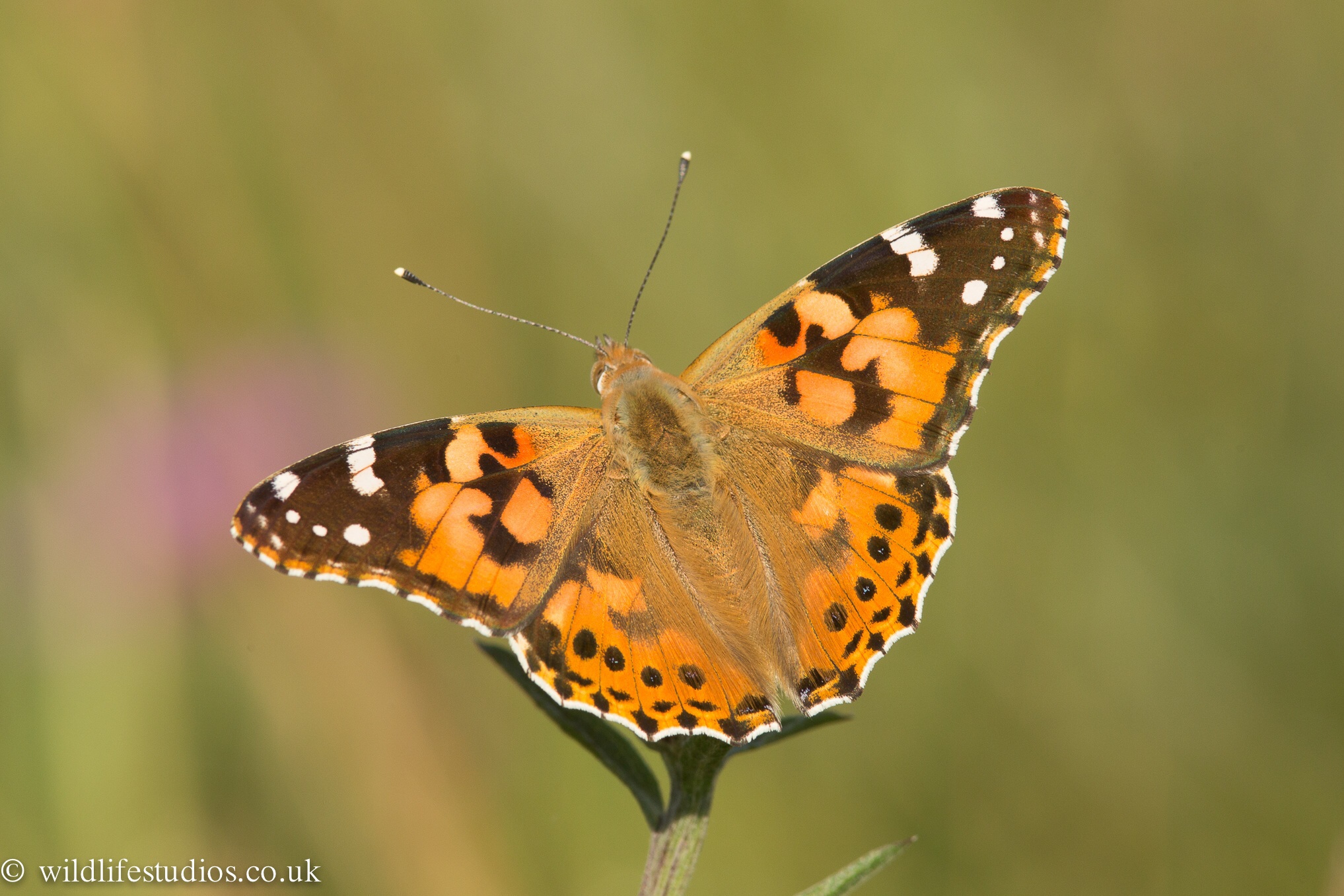 Richard Fox, Butterfly Conservation Head of Recording explained: "The Painted Lady migration is one of the real wonders of the natural world. Travelling up to 1km in the sky and at speeds of up to 30 miles-per-hour these small fragile-seeming creatures migrate hundreds of miles to reach our shores each year, even though none of the individual butterflies has ever made the trip before."

Painted Lady undertakes a phenomenal 9,000 mile round trip from tropical Africa to the Arctic Circle each year —&#8201almost double the length of the of the famous migrations of the Monarch butterfly in North America.

Research using citizen science sightings from the 2009 migration revealed that the whole journey is not undertaken by individual butterflies but in a series of steps by up to six successive generations. Radar studies revealed that after successfully breeding in the UK in 2009 more than 26 million Painted Ladies returned south in the autumn, many flying high in the sky out of the sight of human observers.