The last remaining Siberian Crane from the western population has returned to northern Iran for another winter.

'Omid' was observed at his favoured wetlands near Fereydunkenar on the morning of 4 November by local rangers. He usually remains in this area before migrating north again in February. 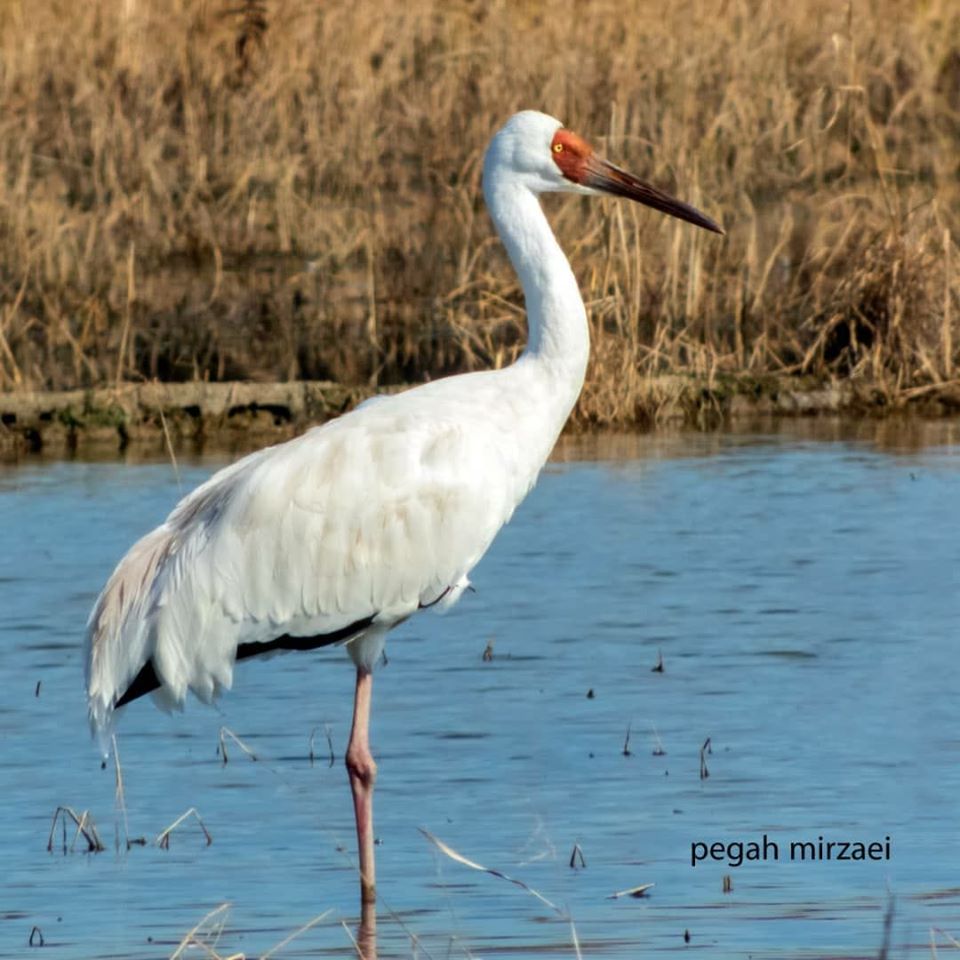 This is the thirteenth year running in which Omid has returned alone to Fereydunkenar. His is the sole surviving individual of a doomed population of Siberian Cranes, which has been hunted and persecuted to the point of extirpation. The final remaining female, which used to return to Iran with Omid, died in a storm in February 2009.

In spring 2019, Omid was observed in Azerbaijan by an intrepid band of observers that set out to intercept him on his northward migration. It has long been suspected that Omid passes through Azerbaijan, which lies within the Western Palearctic (WP) boundary, but he had not been observed in the country for some years.