An ongoing auk wreck in the North Sea, first noted on the British east coast in late summer, appears to be spreading to European coasts.

Emaciated and dead Guillemots have been washing up in southern Norway since early October, with early examinations suggesting starvation to blame.

A similar situation has been noted in recent days at Skagen, at the northern tip of Denmark, where the problem was described as "growing" on 11 October. 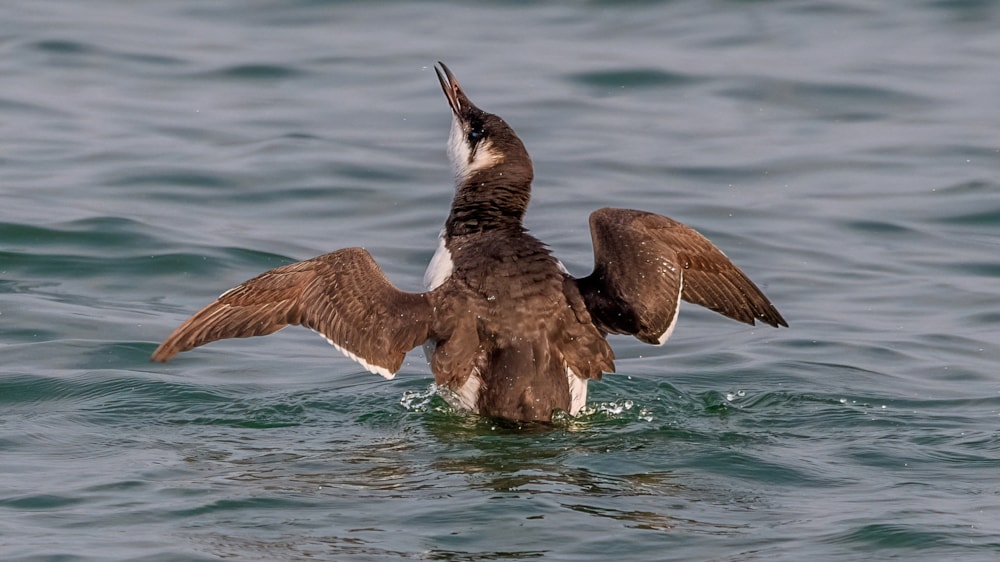 Most birds involved in this autumn's auk wreck are Guillemots (Andy Thompson).

Dr Francis Daunt, an ecologist at the UK Centre for Ecology and Hydrology (CEH), said on Twitter that dead auks are also being reported "in large numbers" in The Netherlands.

The news comes after the situation appeared to be improving in Britain, although it has been suggested that recent westerly winds will have pushed dead or dying birds eastward, away from the British east coast and towards mainland Europe.

However, an increasing number of dead auks have been reported from Norfolk and the Scottish east coast in recent days; for example, 138 Guillemots, six Razorbills and a Puffin found on the beach at Boddam, Aberdeenshire, on 13 October.

Norway is now also experiencing an auk wreck, with emaciated dead guillemots washing ashore in multiple sites in the southern parts of the country.
Examination indicate that the birds likely starved to death. If you spot dead auks please get in touch. @NINAnature @SEAPOP4 pic.twitter.com/mAQhJxTq5M

Huge wreck of seabirds found at Boddam Aberdeenshire yesterday including 138 guillemots, 6 razorbills, 1 puffin and an eider @UK_CEH @FrancisDaunt. What will last nights tide have bought in? pic.twitter.com/h3NCuR6Qgp