Friends of Red Kites (FoRK) have released the latest figures regarding the species' success during the 2013 breeding season in the North-East. For some reason — probably the loss of kites to illegal persecution in winter when they wander around — the population is failing to expand on the pattern of other reintroductions. FoRK are currently looking at this problem. The figures for 2013 (and 2012 to compare) are as follows:

Kites were widespread early in the season and monitoring work identified 27 potential breeding territories being held by pairs or displaying males. However, the nesting season that followed proved disappointing, with a high failure rate and only limited evidence of breeding (two pairs) outside the core area in the Derwent Valley. The very cold conditions of March and April may have had some impact on the fitness of birds at the start of the season.

FoRK are concerned that the population is not expanding as it should. This is the third consecutive season where there has been no apparent increase in breeding pairs. Comparisons with other regional release programmes, made after the same interval following the release of kites, show that the North-East has a significantly lower breeding population. If the national trend had been followed we could have expect a population by now of upwards of 50 breeding pairs. This problem is to be discussed with the RSPB and others.

Twenty nests were found and 17 pairs went on to produce eggs. Two of the other nests were built by unmated males and the third by a young pair that did not go on to lay eggs. The final results showed that, worryingly, nearly half the nests failed despite, in sharp contrast to 2012, the weather then being favourable from hatching until the fledging period. The nine remaining closely monitored pairs went on to fledge at least 18 young, compared with 13 pairs fledging 22 young in 2012. The fledging total was the absolute minimum as the outcome at two further localities was not known. In one area of mature woodland where an early nest appeared to have been abandoned during incubation, alarm-calling adults late in the season may have indicated the presence of young. Two of the successful pairs fledged broods of three young; five pairs had two young and the remaining two fledged single chicks. 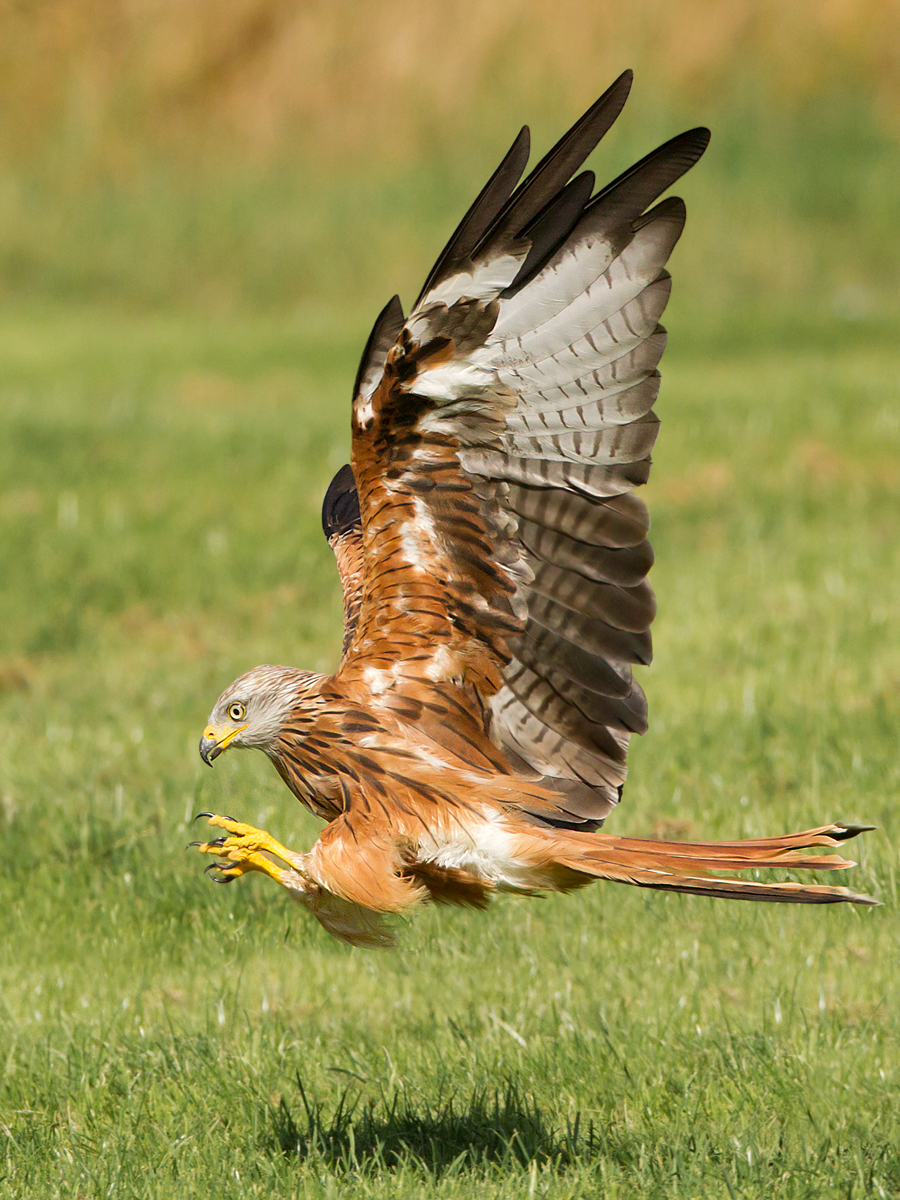 Red Kites continue to go from strength to strength in many parts of the UK, though the North-East of England is proving an exception to the rule (Photo: Jamie MacArthur)

Once again all but two of the nests found were in the Derwent Valley. The exceptions were one in the Causey Gill, and one at a site near Wylam, close to the Northumberland boundary, which was used for the first time in four years and which produced at least one chick. Birds were also prominent during the season around the Derwent Reservoir, Blanchland, Edmundbyers, Muggleswick and the Derwent Gorges but once again, despite extensive searching, no nests were found.

2013 was the fourth year in which responsibility for monitoring was undertaken by FoRK, the organisation made up of former volunteers with the Northern Kite project that released 94 birds from the booming Chilterns population over a three-year period. Ringing, wing-tagging, the completion of BTO Nest Record Cards and liaison with the Rare Birds Breeding Panel was also undertaken.

In the Derwent Valley, several sites used regularly in recent years were unoccupied indicating that previous 'tenants' may have perished, but several new sites were found, one of them in a garden just 25 yards from the back of a bungalow. During June and July, 12 chicks at six nests were ringed by Keith Bowey, Ken Sanderson and Ian Kerr, aided by our regular climbers. Ten of them were wing-tagged with the normal Northern project tags of pink on the left wing and the 2013 year tag of yellow with black lettering on the right wing. Two of the ringed young were too small to tag. Other nests had young that were too large to handle safely and one was not found until the young had fledged.

An analysis of the seven failed nests showed that one was predated when it contained two young. Nest lining had been ripped out and was hanging over the edge. Another nest, predated at either the egg or small chick stage, showed similar damage and was just 30 yards from a successful Carrion Crow nest, perhaps a clue to the culprits. The cause of failure at the other seven was not established.

Next year will mark the tenth anniversary of the start of the Northern Kites reintroduction project. FoRK is planning to increase the size of its monitoring teams in an effort to ensure that all potential areas are fully covered. The aim will be to recruit volunteers from the Durham and the Northumberland and Tyneside bird clubs, RSPB and other groups to 'adopt' potential areas and survey them for displaying birds in February and March and for evidence of breeding in April and May. This will aim to build on a one-day survey carried out during March 2013 when, despite appalling conditions with freezing winds, icy roads and heavy snow in upland areas, more than 30 volunteers turned out to search for kites.

For more information on FoRK, visit the Friends of Red Kites website.