For two years, the Martu people's Kanyirninpa Jukurrpa (KJ) rangers, working alongside experts from the University of Queensland, placed five sound recorders in pockets of the sparse Pilbara desert in the hope of recording vocalisations from the elusive birds.

This means that Night Parrot, which was until recently feared extinct in Australia, is now known from five sites in Western Australia alone. In the state, where it was only rediscovered in 2017, it seems to favour salt lake systems. 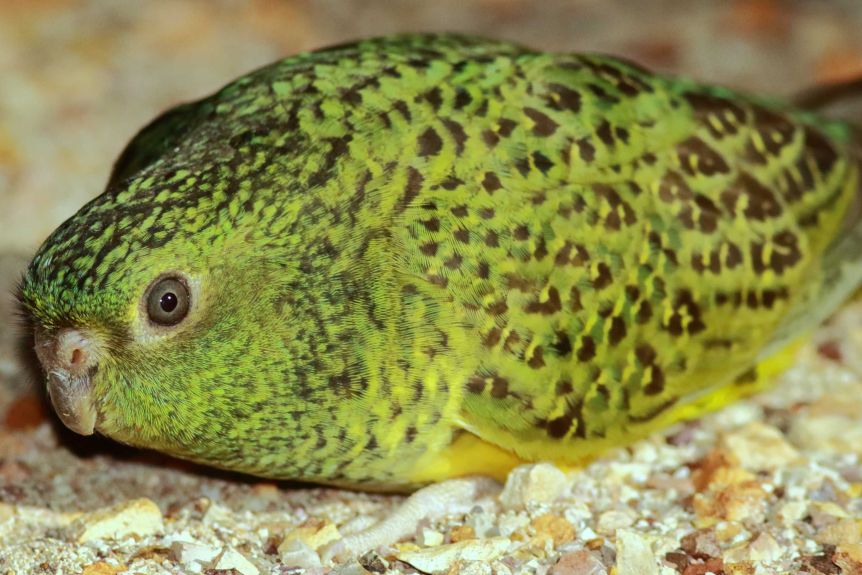 Night Parrot's history is both mysterious and shrouded with controversy. After a corroborated report from 1912, there were unconfirmed reports in 1979, 1990 and 2005. A dead individual was picked up having flown into a fence in south-west Queensland in 2006.

Then, in 2013, controversial naturalist John Young documented the species at a remote Queensland site in 2013, revealing his findings (including a video) to a select audience at a press conference on 3 July of that year. This proved the first of several dubious sightings claimed by Young in Queensland and South Australia, with others following in 2016, 2017 and 2018, all of which were subsequently retracted by the Australian Wildlife Conservancy (AWC) in March 2019 on the grounds that they were either fraudulent or lacked sufficient evidence to confirm the parrot's existence beyond all doubt.

Despite this, the species has been confirmed from at least three states since 2015. That year, Steve Murphy and Rachel Barr caught a Night Parrot at an undisclosed Queensland location and fully documented the bird in the hand. A call was then recorded in Northern Territory in January 2017, followed by the aforementioned rediscovery in Western Australia, where there have now been several sightings since. A youngster was also photographed in daylight in western Queensland in 2018.

Regardless of associated controversies over past decade, there appears little doubt that Night Parrot is evidently still quite widespread, although ongoing pressures such as predation by feral cats, habitat loss and climate change are presumably still be taking their toll on this most fascinating and secretive species.