Mass killing continues on British military base in Cyprus

Over 800,000 birds were trapped and killed illegally on a British military base in Cyprus last autumn, according to the latest research by the RSPB and BirdLife Cyprus.

The songbirds are illegally trapped to provide the main ingredient for the local and expensive delicacy of ambelopoulia, where a plate of songbirds is illegally served to restaurant diners.

Organised crime gangs are running this illegal practice on an 'industrial scale', which is estimated by the Cypriot authorities to earn criminals on the island 15 million Euros every year.

Survey data from BirdLife Cyprus and other organisations have recorded over 150 species of bird which have become trapped in nets or on lime-sticks. More than half of these species are of conservation concern.

On a positive note, the results from 2015 show that there’s been a stop to the annual increases of the last five years in numbers of birds killed on British Territory, thanks to various measures taken to tackle the problem by the Base authorities. The numbers however remain around record-breaking levels, with levels of illegal killing still far worse on British Territory than in the Republic of Cyprus. 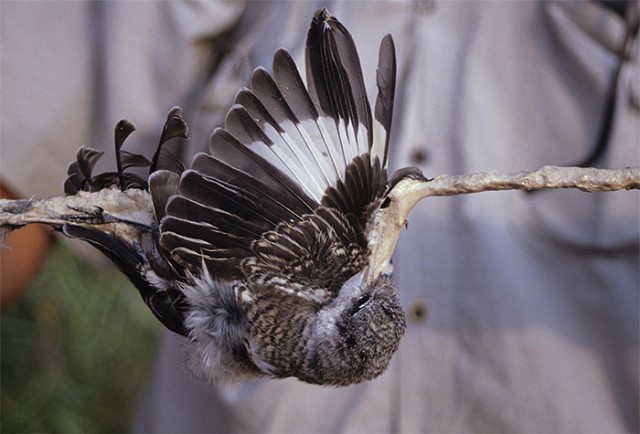 Jonathan Hall, Head of UK Overseas Territories at the RSPB, said: "The RSPB congratulates the British Sovereign Base Area for taking important steps in tackling the illegal killing occurring on MoD land. Approximately one third of the invasive acacia trees which were planted on the firing range to attract migrant birds have been removed and these efforts are to be congratulated.

"However, we are disappointed that the numbers of birds still being trapped for huge profit by organised gangs remains unacceptably high and the rest of this illegal-killing infrastructure needs to be removed in order to put an end to this barbaric practice."

The latest survey data confirmed the industrial scale of illegal bird trapping, both with mist nets and limesticks. The survey found that as much as 19 km of mist nets could have been active during the autumn of 2015 within the survey area across British Territory and the Republic of Cyprus. These trapping levels could have resulted in over 2 million birds killed across the island as a whole. More than 5,300 limesticks were also confiscated by enforcement agencies, mostly within the Republic. 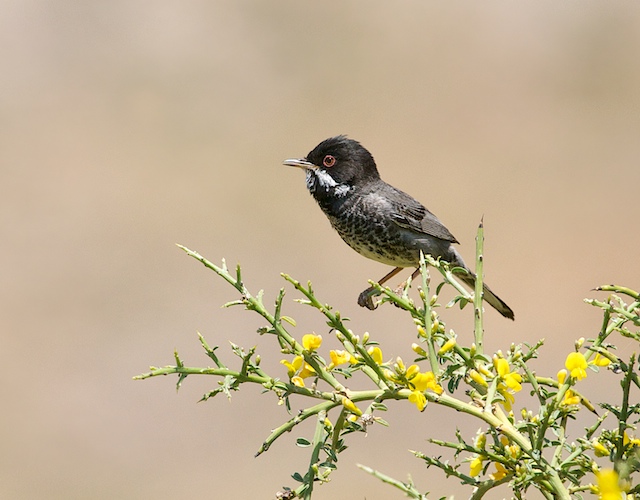 Dr Clairie Papazoglou, Executive Director of BirdLife Cyprus, said: "The scale of the trapping found within the survey area has to be seen to be believed. Long avenues of planted acacia trees that resemble vineyards with mounds of gravel at one side.

"The gravel is brought in by truck and is thrown to scare the birds into the nets. More needs to be done to reduce the trapping and prosecute restaurants serving up these birds in the Republic. A consistent zero tolerance must be adopted."

Although enforcement action took place on the trapping fields, enforcement against restaurants serving ambelopoulia has been very limited and much reduced in the last few years; these restaurants are exclusively found in the Republic. Small-scale trapping of songbirds for human consumption on Cyprus was practiced for many centuries, but it has been illegal on the island for 40 years, when it was outlawed in 1974.

Historically, trappers have relied on lime-sticks, where stems of pomegranate are coated in a locally-manufactured 'lime' and are then placed in trees and bushes. Passing birds become stuck on the lime-coated sticks where they fall easy prey to trappers. Lime-sticks are still used in many areas. Today, most trappers will use long lines of nearly invisible netting, known as mist nets.

Cyprus has two songbirds that breed nowhere else in the world: Cyprus Warbler and Cyprus Wheatear. Both of these songbirds have been found illegally trapped.