The savage wintry weather is pushing Britain's wildlife to the brink of a crisis, says the RSPB. To help wildlife struggle through potentially the greatest single wildlife killer of the new millennium, the Society is publishing a four-point plan to help the most vulnerable species.

Dr Mark Avery is the RSPB's Conservation Director. He said: "The extremely hard winter spanning 1962 and 1963 was arguably the single event that had the greatest impact on Britain's wildlife within living memory. With the icy weather predicted to last at least another week, this winter could be the single greatest wildlife killer of the new millennium. Thanks to conservation efforts a number of birds, such as the Bittern, have increased over the last two decades coinciding with a run of mild winters. However, now that the barometer has swung rapidly in the other direction, some species face a crisis, forcing us to take immediate action. 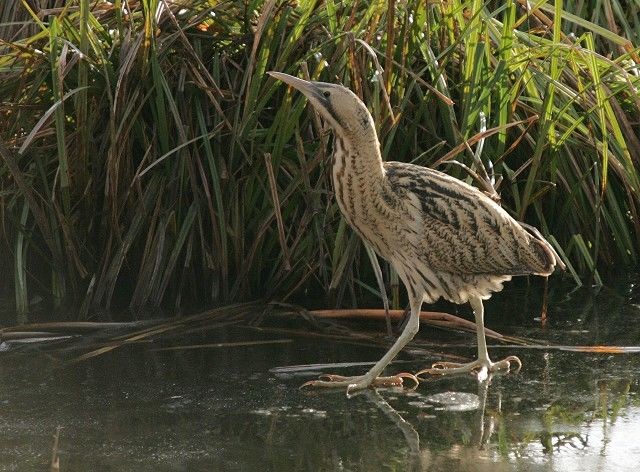 We have begun emergency feeding initiatives for threatened birds. For example, RSPB volunteers are putting out sprats on at core sites for the Bittern, which is finding it difficult to fish at ice-locked wetland areas.

It is likely that the legacy of this hard winter will be seen in bird populations for many years to come."

The RSPB's switchboard is becoming clogged with people reporting sightings of unusual birds turning up in gardens. Callers have reported sightings of Woodcock, Snipe and Grey Wagtails, all birds that normally would not be seen in gardens.