As part of the headstarting efforts by the Wildfowl & Wetlands Trust (WWT) at Slimbridge, no fewer than 50 Eurasian Curlew chicks have been colour-ringed to allow further study after their release. As a result, WWT is asking all birders to submit any sightings of the birds.

In order to learn more about the lives of Eurasian Curlews breeding in lowland England, a smaller number of wild birds (adults and chicks) have also been colour-ringed in Gloucestershire and Worcestershire, with sightings already received of these birds from the Camel Estuary in Cornwall. Each bird has been fitted with a yellow ring on the right tibia and a white ring on the left tibia, with an engraved number between 01 and 99 (reading up the leg). 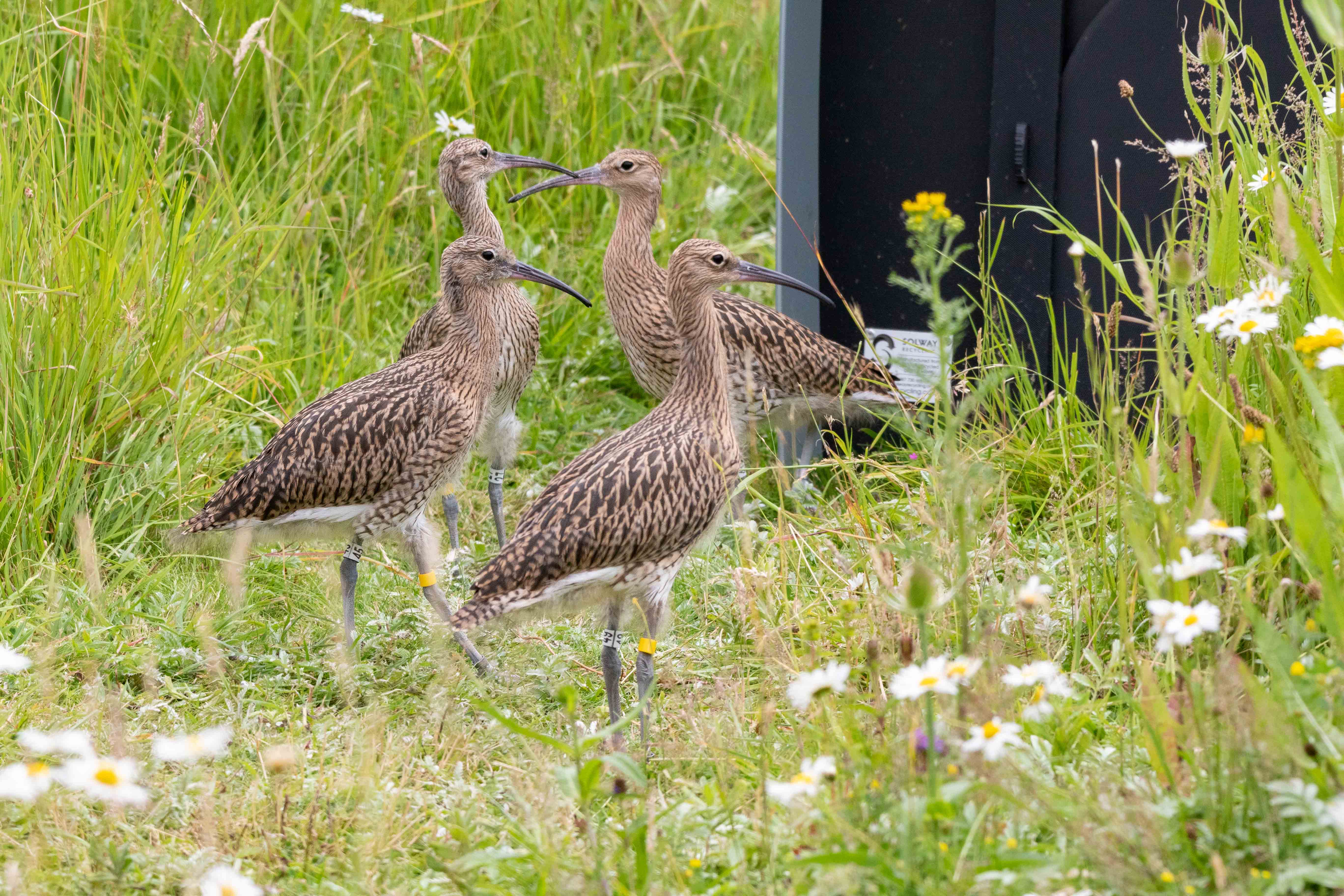 Each Eurasian Curlew has been fitted with a yellow ring on the right tibia and a white ring on the left tibia, with an engraved number between 01 and 99 (Sam Stafford / WWT).

During the coming autumn and winter, these birds are likely to spread across estuaries and coastal areas of south-west England, and maybe as far as Ireland or France. In future summers, it is hoped that they return to breed in the Severn and Avon Vales, where the current wild breeding population numbers some 30 pairs. The headstarted birds were raised from eggs rescued from airfields in East Anglia, where the nests would otherwise have been destroyed under license to protect air safety.

WWT is keen to receive any observations of these ringed birds. Please submit any observations, including date, location, grid reference and any notes on behaviour, along with any photos of the ring or bird to curlew@wwt.org.uk. WWT will provide information on the life history of any birds reported. Even if you can't read the ring number, WWT is interested in any observations of curlews with a yellow ring on the right tibia and a white one on the left.

Sightings of colour-ringed curlew from other schemes can be reported to www.ring.ac.